Dicastery for the Service of Integral Human Development Tag 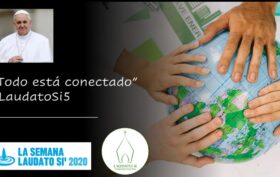 COSTA RICA, Randall Barquero, Laudato Si Commission, Schoenstatt Costa Rica •  The Schoenstatt Movement’s Laudato Si Commission in Costa Rica was formed in 2016, one year after the publication of Pope Francis’ encyclical. Within the context of the Laudato Si Week of the Universal Church (May 16th to 24th), we shared some general details about this commission and its work. —   In 2016, the year after the publication of the Encyclical Laudato Si, the Schoenstatt Movement in Costa Rica committed to build its first branch shrine, and a fewRead More 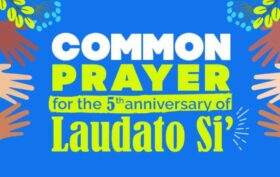 DILEXIT ECCLESIAM, editors, with material from www.laudatosiweek.org and the Dicastery for Promoting Integral Human Integral Development• We are in the midst of Laudato Si Week (May 16-24), called by Pope Francis in March of this year, to celebrate the five years of the publication. A week celebrated around the world with workshops, symposia, virtual prayers, supported by dioceses, media, movements and institutions around the world, and which will culminate on Sunday May 24th at noon with a time of collective prayer. Catholics around the world will be united spiritually becauseRead More