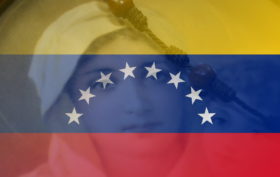 Posted On 02.07.2017In Covenant solidarity with Francis, Francis - Message

Let us pray with Pope Francis: for an end to the violence in Venezuela

POPE FRANCIS’ INTENTIONS BASED ON CURRENT EVENTS After the Angelus on the first Sunday of July, Pope Francis greeted the people of Rome and pilgrims from all over the world gathered in St. Peter’s Square. He used the opportunity to ask, once again, for “peace in Venezuela.” “On 5 July, Venezuela celebrates the anniversary of its independence. I promise my prayers for this beloved nation and express my closeness to the families who have lost their children in the demonstrations. I call for an end to the violence and thatRead More