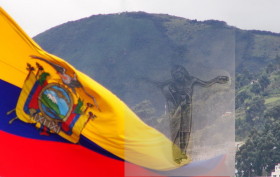 In Covenant Solidarity with Ecuador

By schoenstatt.org editors • News  continues to arrive regarding the 7.8-magnitude earthquake in Ecuador which has has killed at least 77 people and injured more than 500. The quake, Ecuador’s largest since 1979, hit at 18:58 on Saturday (23:58 GMT) near the northern town of Muisne. There is considerable damage to the epicenter area in the province of Manabi in the north of the country, the surrounding areas, and even in distant areas like Guayaquil, where a bridge collapsed, and south of Quito in San Miguel de los Bancos, Manta. Read More