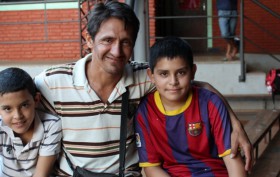 Dad, you are my hero

PARAGUAY, Dequeni, by Clara Paez, in the magazine “Ejempla” • This is the story of a father who prevented his two sons from succumbing to child labor. It is an example of responsible paternity to celebrate this Father’s Day. At the beginning they were a happy family Dionisio Valdez had finished the 4th grade when he decided to drop out of school to begin to work. Like many, he was ‘abuela memby’ (a grandmother’s son), although he knew his parents, the relationship with them was never close and much lessRead More 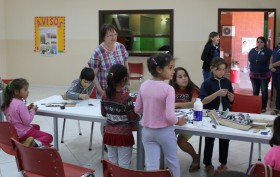 Dequení: we do it for the children – for 30 years

PARAGUAY, by Maria Fischer • Even after the first hugs, smiles, and tears of this greatly desired encounter, we were not sure if it was a dream or reality. On April 6, 2015, schoenstatt.org visited Dequení. Dequení welcomed schoenstatt.org after ten years of solidarity with their mission. “We published the first article when it was preparing to celebrate its first 20 years of existence.” said the editor in chief of schoenstatt.org. “Now we are preparing for the 30th year celebration,” Andreza Ortigoza, Director of the Dequení Foundation said. On theRead More