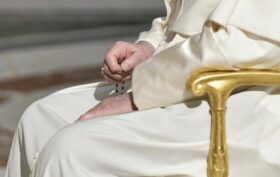 Posted On 03.05.2021In Church - Francis - Movements, Francis - Initiatives and Gestures

POPE FRANCIS – MONTH OF MAY IN 30 SHRINES • On Saturday, 1 May, Pope Francis presided over the praying of the Rosary during the inauguration of the prayer marathon for the end of the pandemic, that will continue every day throughout May in various Marian shrines around the world, in a “rosary without borders,” as Alessandro De Carolis, from Vatican Media described. — “From ‘W’ for Walsingham to ‘P’ for Pompeii. This is the alphabet of the Rosary, the alpha and omega of the worldwide Marian marathon, that beganRead More 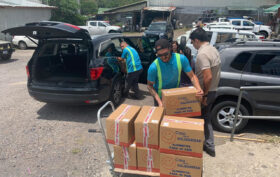 Posted On 15.06.2020In Covenant Solidarity in Times of Coronavirus, Projects, Schoenstatt - Reaching out, works of mercy

COSTA RICA, Tatiana López •  March arrived, a month of great significance for Costa Rica. The 19th was awaited with great illusion, because the anniversary of the blessing of our Family of Hope Shrine would be celebrated. Everything was going relatively normally and the preparations for this great day continued. News arrived from the old world that Milan was suffering from the contagion of a virus that came from China, and at the same time they informed us that Madrid had its first victims.  These events seemed so far away.—Read More