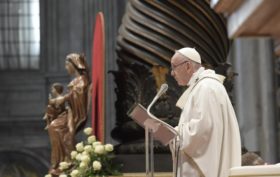 With Jesus against the current

POPE FRANCIS – WORLD DAY OF THE POOR • On the second World Day of the Poor, Pope Francis called for us to listen to the “cry of those who live in troubled waters”. At the Mass in St. Peter’s Basilica, he admonished the Church and the faithful for not paying more attention to the “momentary storms”, but to “invite Jesus on board” and like him, give our hands to the poor. — And not only out of a sense of social responsibility (this too), but a theological need: anRead More 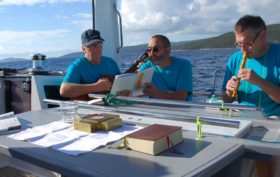 Fresh in the Wind – a new format for religious retreats

GERMANY, Klaus Heizmann • Ten men on a sail boat for a week off the magnificent coast of Croatia and under a gorgeous skyline over the Adriatic Sea probably happens more often than not. The Adriatic Sea is actually blue and still invites one to swim in October. Yet the fact that one of the men is Father Hans-Martin Samietz, who helps to create a framework for religious retreats, in which everyone can find the theme during the days of the retreat that is important to them right now –Read More