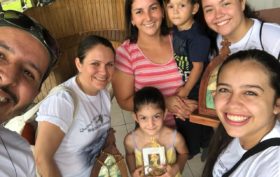 “God wanted us to be collaborators, not protagonists”

COSTA RICA, Rafael and Jessica Pérez de Araya/Michelle Ramírez • Mission Monterrey 2018: Every new activity generates fear, uncertainty, and internal questioning about not knowing what God wants of us and what his will is. However, this never diminished our desire to serve him.— We eagerly prepared spiritually for this important task from the moment we received the first call last February. Despite this, in the days prior to the start of the mission, things crossed our path that frustrated our ability to participate. However, we never lost the eagernessRead More 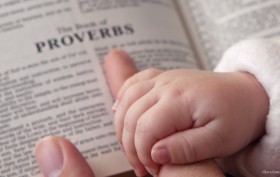 God’s mercy in the Bible

FRANCIS IN ROME – HOLY YEAR OF MERCY • On 13 January, Pope Francis presided over the General Audience in Paul VI Hall, beginning a catechetical series on God’s mercy in the Bible and he reflected on the passage from Exodus: “the Lord, the compassionate and gracious God, slow to anger, abounding in love and faithfulness.” For the Schoenstatt Family, this is an opportunity to reflect on the “coincidence” of the 50th anniversary of Fr. Kentenich’s 13 December 1965, “letter of mercy” and his covenant with God the Father, theRead More