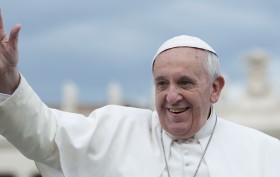 Francis: “We are called to overcome indifference that prevents solidarity”

FRANCIS IN ROME • “All of us are called to immerse ourselves in this ocean, to let ourselves be reborn, to overcome the indifference which blocks solidarity, and to leave behind the false neutrality which prevents sharing,” said Pope Francis as he presided at the Mass on 1 January on the feast of Mary, Mother of God and the 49th World Day of Peace in St. Peter’s Basilica. Then and before praying the Angelus, the pontiff invited the pilgrims gathered in St. Peter’s Square to open their hearts, awakening careRead More