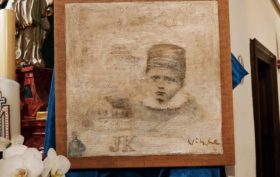 Joseph Kentenich is a part of Gymnich

GERMANY, Maria Fischer • Gone are the days when an employee of city of Erftstadt learned about Joseph Kentenich, who was born in one of the villages of his city, through an Internet report about a play in Paraguay. Using great dedication and with good adaptation to the local conditions, the “Friends of Father Joseph Kentenich’s Birthplace” association has made the founder of Schoenstatt a Gymnicher. As a result, the congregation is proud and feels connected with the founder of Schoenstatt.  Together with Father Joseph Pikos and the leaders ofRead More 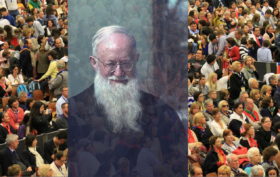 Interview with Fr. Angel Strada who was Postulator for the Cause of Beatification for Father Joseph Kentenich until January of 2017. The interview, first published on the German national website in December, and later in five languages on schoenstatt.org, had a strong reaction, and is among one of the most read articles on schoenstatt.org during the last twelve months. There are topics on Father Kentenich’s personality as a human being and on moments that imply doubts about his way of acting that are rarely shared in Schoenstatt.  What reactions resultedRead More