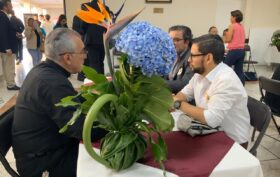 Posted On 09.03.2020In Dilexit ecclesiam, Schoenstatt - Reaching out

COSTA RICA, Michelle Ramírez • Can you imagine 19 Movements and 18 pastors, together, talking among themselves?  Seated at tables for four, with a digital clock in the center of the auditorium, visible…. very visible, keeping time…. each round of 18 minutes, counting in reverse…. and change!  And again in 18 minutes, change!  And thus, consecutively until completing nine times the change!  No, it is not a game…. It is the Movements vs. the Church.  It is the presentation and the offer of their apostolates and mission.  It is theRead More 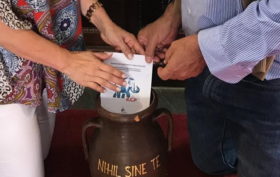