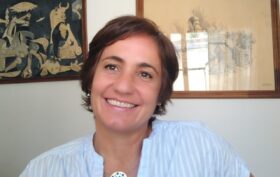 “I am not a feminist despite being a Catholic. I am a feminist because I am Catholic”

María de los Ángeles Miranda Bustamante, Chile, journalist • Cecilia Sturla, a Schoenstatt specialist in feminism and the Church: “I am not a feminist despite being Catholic. I am a feminist because I am Catholic”. This Argentinean academic, member of the Schoenstatt Institute of Families, offers conferences and writes articles on women’s rights in society and, particularly, in the Church, where women, today more than ever, should have “voice and vote”. Today we share part of the interview that she gave to the program “Arreglando al Mundo” (Fixing the World),Read More 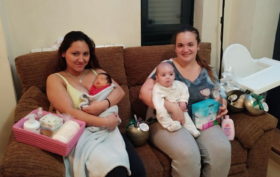 In Spain, what is María Ayuda, and how was it born?

SPAIN, Vicky Forn • At the beginning of 1999, we spoke with Fr. Carlos Padilla about the possibility of undertaking some kind of social work as Schoenstatters in Madrid. During his year as a seminarian, he had worked in Puente Alto in Santiago, Chile, in a very disadvantaged area where María Ayuda had a school, and he was enthused with the idea. In May 1999, on the occasion of the Golden Jubilee of the 31st of May, many of us were in Bellavista, and we learned more about the initiativesRead More