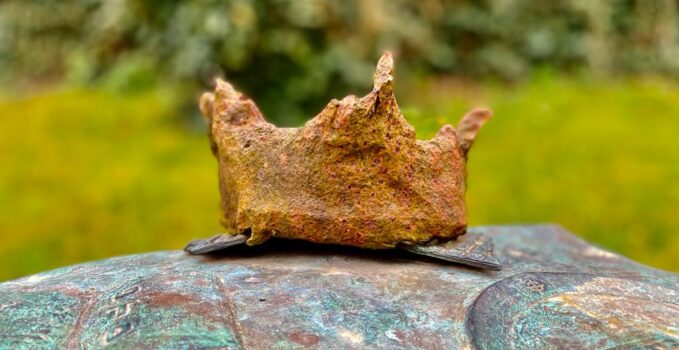 “He will establish justice between nations and rebuke many peoples. Then they will forge their swords into plowshares, and their spears into pruning knives. They will not lift up sword, nation against nation, and they will no longer learn war” (Isaiah 2:4). Words of the Holy Scriptures which in the 80s of the last century became the slogan of the peace movement in Eastern Germany and partly also in West Germany – swords into plowshares! Words that are becoming loud again today in the face of the horrors of war in Europe, in the face of Russian bombs that are killing women, children and the elderly and destroying the future of so many families in Ukraine… as is happening in so many other wars. — 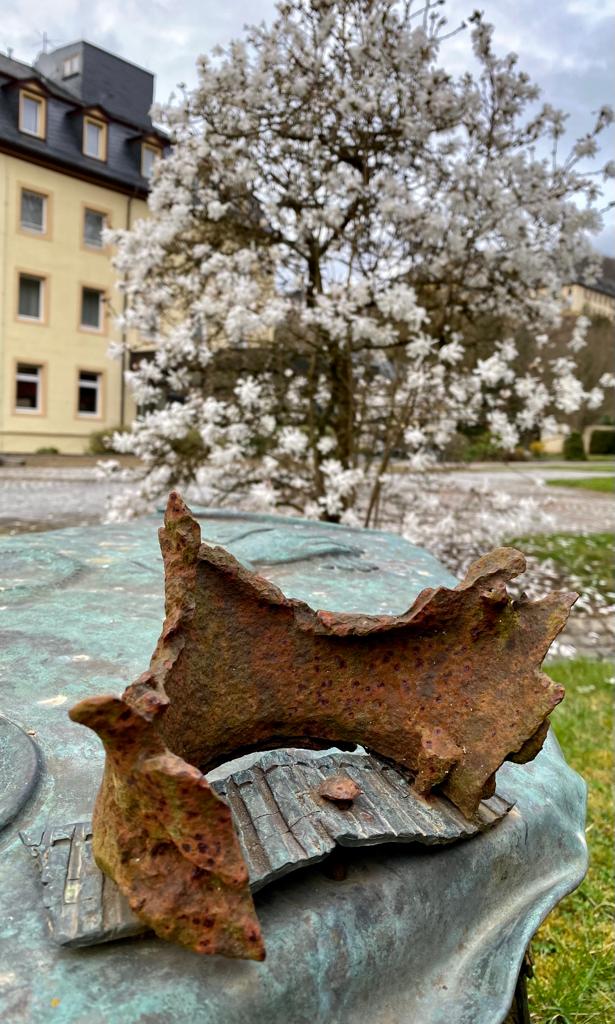 Words that came to mind when Pedro M. Dillinger found a strange crown while walking around the Original Shrine.

It is a shell from the First World War. It was found near Cambrai, where Joseph Engling died in October 1918, in the last weeks of that war.

It has the shape of a crown. Well, not one of those typical lovely crowns, but a crown drawn with the real effects of war, conflict, pain, illness… a crown right out of life.

We do not know from whom or from what context this “crown” comes. But we want to share the photos and the message they contain in these days of anguish and sorrow, solidarity, and prayers for Ukraine and for all who suffer in this war.

“He will establish justice between nations / and rebuke many peoples. Then they will reforge their swords into plowshares / and their lances into pruning knives. They will not lift up sword, nation against nation, / and they will no longer learn war” (Isaiah 2:4). 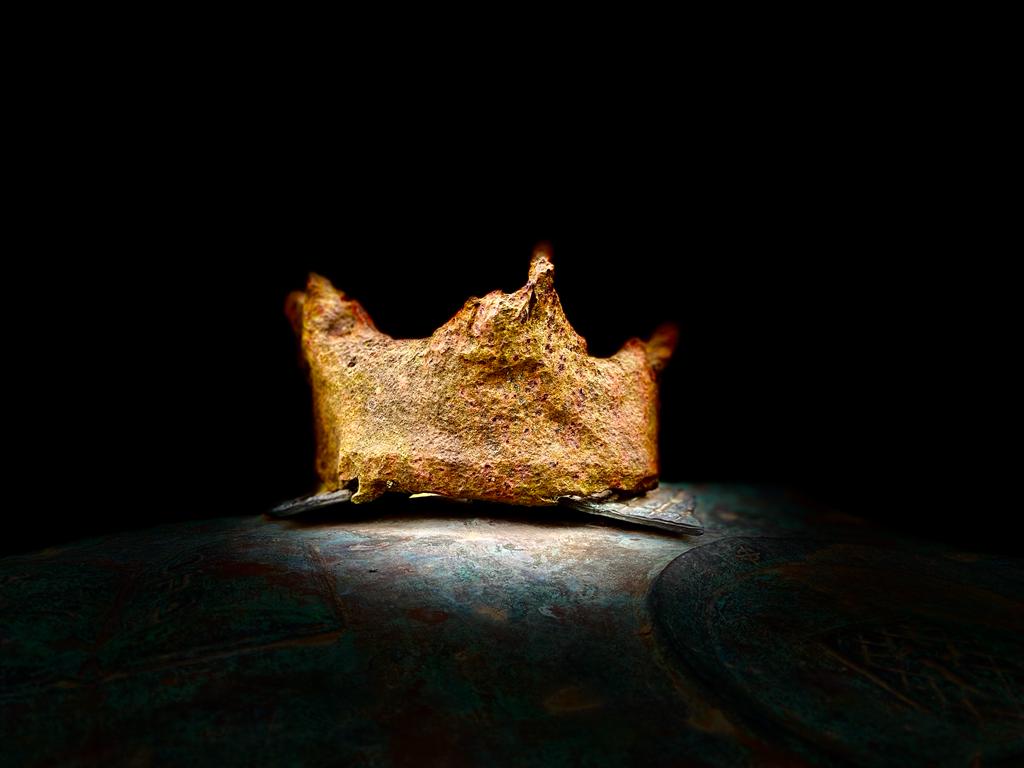