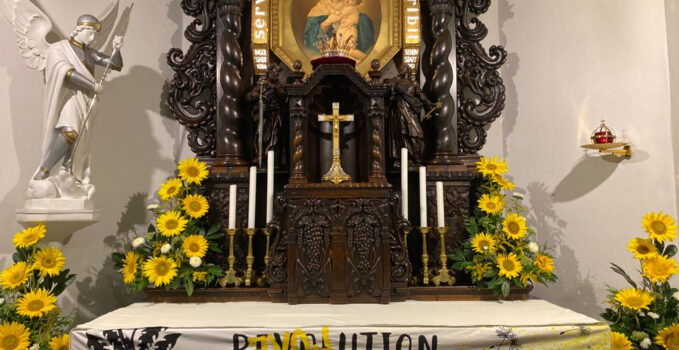 Now the youth are coming and they are turning the Original Shrine upside down. Disorder is everywhere you look. Cables, tripods, monitors, a lot of technical stuff. And it goes through my mind: In the beginning it was a storage room, a jumble of garden tools, cobwebs, dust and spiders. Then the young people came, cleared out and cleaned up, so that “from here” the world would be turned upside down and the revolution of Maria would begin, who is “not only gentle and lovely”,  and at the time someone who was not older then than these young people are today.— 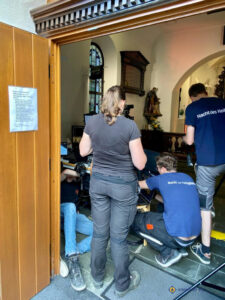 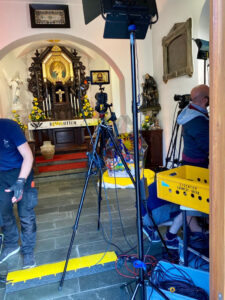 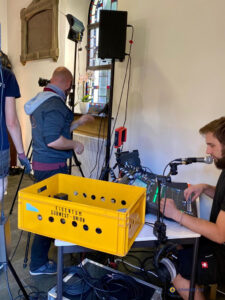 And now young people are here and are upsetting the shrine and perhaps some of its habitual visitors. They are making a mess so that the “Night of the Shrine”, which – at least Roberto M. González from Paraguay is convinced – is the largest and best project of the German Schoenstatt Youth. It can virtually reach many, very many youth. Revolution, they say. The world is not too big.

There was that again and again. That new life disturbed the order in and around the shrine. Suddenly, “hordes” of simple people with dirty shoes and passionate love for Mary began to stream into the Shrines in Argentina, piling up Pilgrim MTA’s, flower crowns, colorful pictures, plastic rosaries, and photos on anything that could be piled up, singing and praying loudly and improvising… and when they came the next time, the doors were closed so that everything would not get messy again. Then they sealed their Covenant of Love in front of the closed Shrine until the doors opened and slowly a whole movement began to love and live the word of the “Open Shrine”, of the Shrine without walls.

Suddenly there is a house on the (admittedly, large) grounds of the National Shrine of Paraguay, where youth come in and out, who have just come out of jail, who have stolen motorcycles, cell phones and more, who have robbed people, youth with wild tattoos and an even wilder past. And they go to the Shrine and celebrate Holy Mass there, even though some of them have not even been baptized. And slowly a whole movement, which has always been socially committed, is beginning to experience and love the social side of the Covenant of Love very closely. 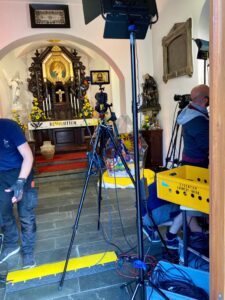 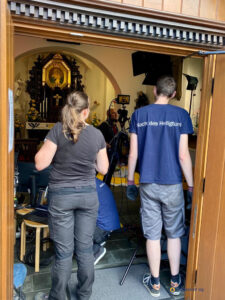 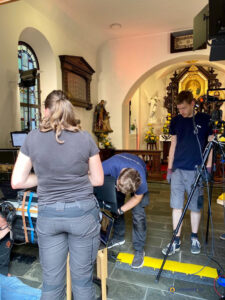 We need disorder in the Shrine. From time to time.

The Night of the Shrine is a festival of faith organized by the Schoenstatt Youth Germany.
This year it takes place digitally via livestream.
So this year at your home and throughout Germany, Austria and Switzerland, it is RƎVO⅃UTION – the world is not too big?“

Digital Night of the Shrine