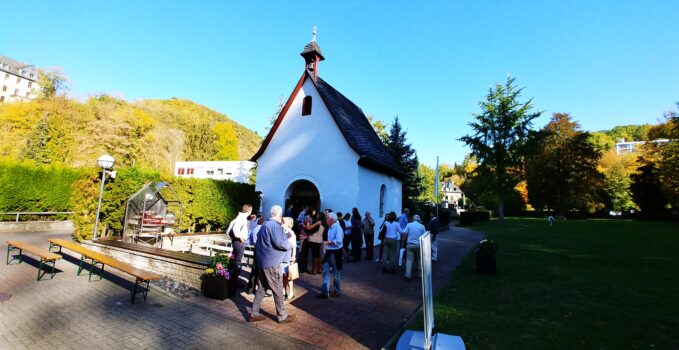 All of us who have had the grace, as some like to say, to visit Schoenstatt – Original Schoenstatt – with its forests, houses and shrines, have fallen in love with the place, its peace and its beauty. Independent of the season during which we visit Schoenstatt, we feel at home, both for its family-like hospitality and the place itself. It is a dream and a blessing to be in this “Land so warm and dear”. – 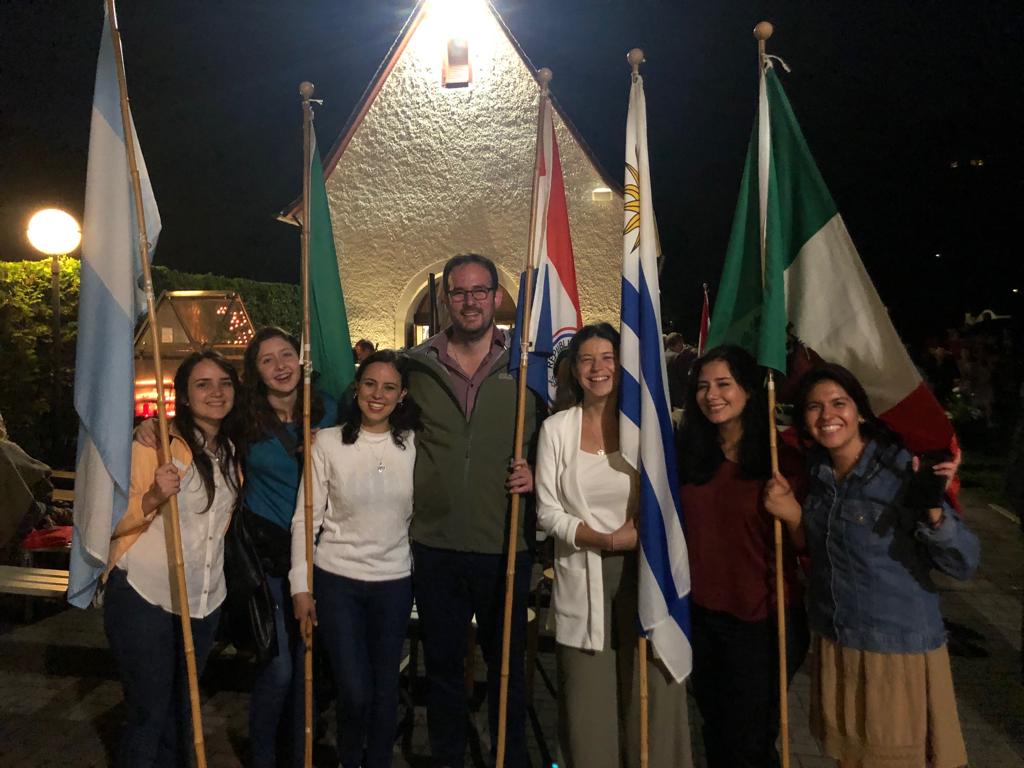 For many it is an incalculably precious experience to spend a few hours or days here as a pilgrim, because we find a place of peace where we can off-load all we carry in our hearts, and fill those hearts with the blessings of the Original Shrine and the encounter with our Father and Founder.

All these impressions are multiplied for those who trust our Blessed Mother’s invitation to remain for a time in the shadow of the Original Shrine, either as part of a youth programme, taking part in a time of training and formation, or for definite work. It is an experience that marks us so profoundly that we are no longer the same when we return to our own country, or arrive at our next goal.

The “magic” of being there cannot be expressed in words; it has to be experienced. It may sound like a cliché, but it is a statement I am sure many agree with.

From my own experience after spending three-and-a-half years in Schoenstatt – initially at weekends, in the end continually – I realised that the wish of our Father and Founder and the first Sodalists has come true. This is not only on account of the number of shrines scattered over the whole world, but also because of the number of people who come to visit the Blessed Mother in the Original Shrine. These are people who come with some mental picture, and who discover a different reality that often renders them speechless in view of the fullness of graces that pervade the whole valley.

Now that I have returned to my own country and look back on my stay, three objectives remain that became ever more intensive during my time in Schoenstatt. I want to contribute them in the hope that they can contribute to a sincere and fruitful dialogue, and awaken solidarity in caring for the pilgrims who come to the Original Shrine. 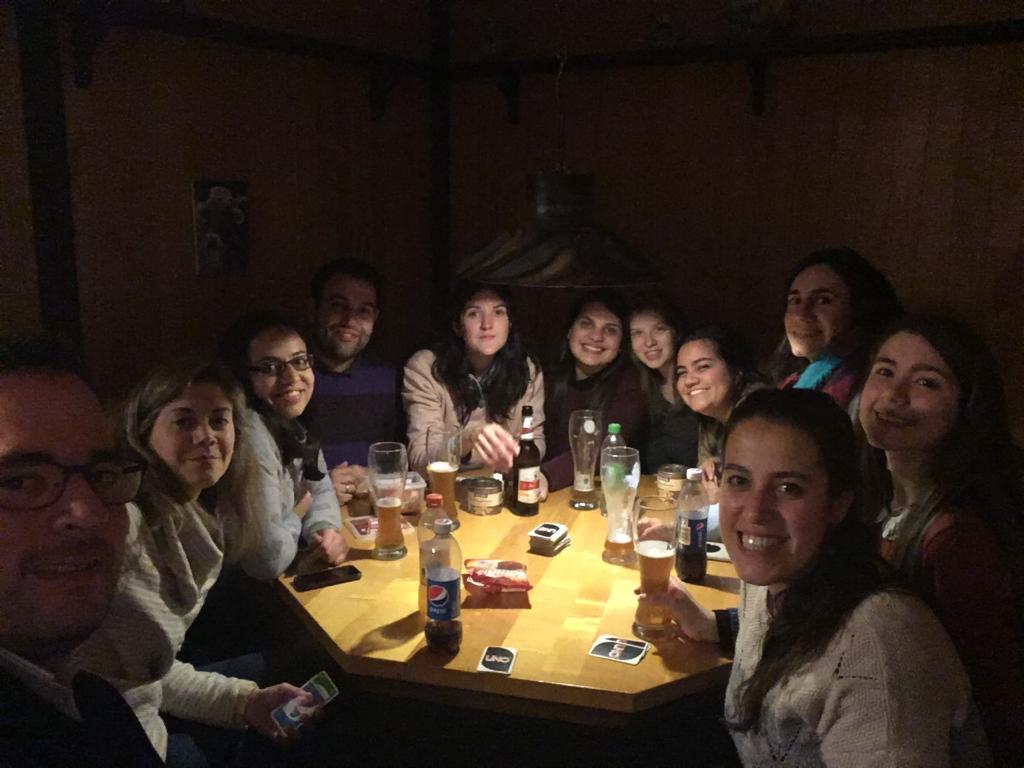 One of the nicest and most regular interruptions to my daily routine was to go down to the Original Shrine in order to see whether pilgrims were walking about after taking part in the guided tours and church services. I wanted to accompany them, and we often landed in the Youth Centre where we could talk in a relaxed way. After all the official activities had ended and they had folded up the sidewalks for the night, the night was still very young, especially in summer.

If you have lived for more than a few weeks in Schoenstatt, you will have visited all the shrines, mountains, roads and houses. Then you have a lot of free time on your hands, especially after the evening blessing and the whole of Schoenstatt has gone to sleep. However, some still wish for more, they want to share their time and experiences in Schoenstatt, and listen to and relate a thousand stories of their lives with the Blessed Mother. That was why, but “abusing” my possibilities as man of the house, and with the support of my community, I opened the doors of the Youth Centre at various times of the day for the pilgrims who simply wanted to stay there and talk. We used the way the Youth Centre has been built so that we could meet until late in the night without disturbing anyone, in the way Latin Americans love to do.

We are not alone. German friends told me that thirty years ago the Cologne Schoenstatt Family circulated a slightly adapted pop song by Peter Alexander: “The day has ended, people are tired, but many don’t want to go straight home. Yet over there a light still shines from an open door onto the shrine. What is still lacking in Schoenstatt is a little pub where people can go in the evening …”

Again and again pilgrims have come to my house in the early hours to look for somewhere to sleep, not because there was no room in the other houses, but because they had decided at the last minute to visit Schoenstatt. They hadn’t made a booking, and after 8 p.m. they hadn’t found an open door anywhere. Others, who had finished their official stay, and want to extend their stay, could not do so because there was no longer room in their original houses.

Accommodation in Schoenstatt isn’t a problem. There are enough houses and during the year some are empty except when there are pilgrimages or jubilees. Some are open for groups in general, and in this way cover their minimal expenses and some investments in the house. However, for the “last minute pilgrim”, and for pilgrims who don’t speak German and were never in Schoenstatt, it is often difficult to find accommodation, or to book a stay beforehand. While shrines like Aparecida in Brazil, Fatima in Portugal or Lujan in Argentina, are surrounded by a “gastronomic belt” which is prepared for pilgrims, there are only a few hotels in Vallendar. Although there are plenty of houses close to the Original Shrine with lots of accommodation for pilgrims, the pilgrims can’t find them – if they come on their own and not with groups – although most of the houses have websites (which are often excellent), but they are only in German. And each house runs its own.

There is information about accommodation in Schoenstatt on various websites (where no one expects such information, because these pages have a completely different focus, for example, schoenstatt.org). However there is no digital infrastructure that offers the pilgrim a starting point for searching for reservation and accommodation. In addition, the forms for reserving accommodation at the last minute are often very slow.

Sometimes there are people who are present and welcome pilgrims “at Schoenstatt’s gates”, but only until dusk. There is no telephone number for last minute bookings with a wifi zone that can connect them and call them.

We also need a sort of logistic so that the pilgrims arrive at the doors of the houses. Some pilgrims get lost, others lose time and money after having booked a hotel in neighbouring towns. For many “a visit to Schoenstatt” seems to be something that is reserved for certain privileged people who have to present themselves with their Schoenstatt connections if they want accommodation in the shadow of the home of all of us, the home of our Mother.

It’s obvious that Schoenstatt is situated in Germany and adopts the times and rhythms of the country, but when we find ourselves in an important place of pilgrimage, such as the Original Shrine, we have to consider those who arrive without prior notice, in order to make it easier for accommodating them on the part of the authorities running the houses and the pilgrims who are looking for somewhere to spend the night. 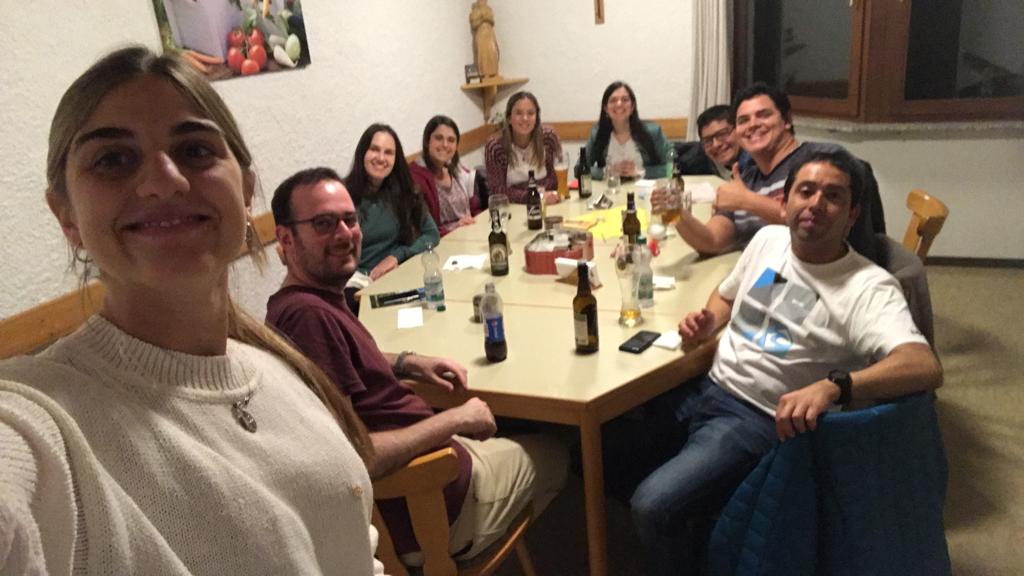 2 – A large investment in the maintenance of many buildings and infrastructures.

In Schoenstatt today there are many buildings and much infrastructure that cannot pay for themselves, especially not with the constantly reducing numbers that live in them. Besides this, they have to compete with all the other Centres in the rest of Germany to finance their various activities. We are all very proud and jealously concerned about what was built in the past, because of its historical value. This isn’t wrong, but we have to ask: can we maintain this in the long run?

If we think of the maintenance of a Pilgrims’ Centre with regard to costs, security and comfort , which in Germany is incomparably higher when compared with other countries, it isn’t a solution to draw money from the rest of the world in order to invest in the maintenance of a complete building that has no vision to serve our whole Schoenstatt Family, in order that our pastoral projects on a national level have to do without this contribution.

As members of this Family we have to have a sense of responsibility and become aware of what it means to support our various projects and Centres, both in our own countries and in Schoenstatt. In this our federal structure has an important role to play. Each country, each diocese, and each community has to be concerned about their houses and the development of their life. 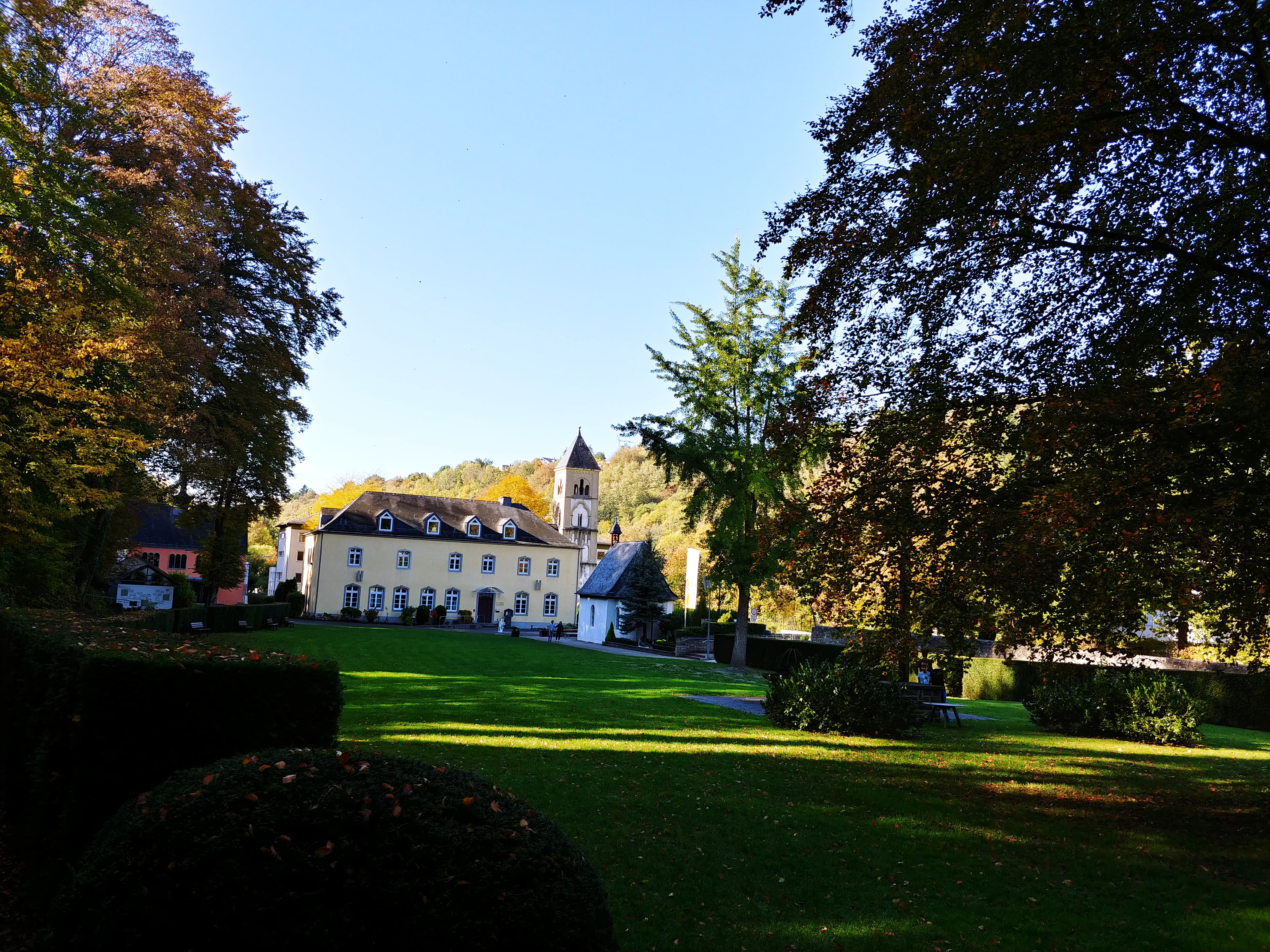 3 – To whom does the Original Shrine belong?

It is a question we have to ask. With regard to its upkeep it requires far less than any one of the houses in Schoenstatt, but as a place of pilgrimage it is the heart and centre of life. I think we have to protect it with our total commitment – not for ourselves, not for those who live here, but for the pilgrims from all over the world.

Its efficient upkeep is only one aspect. Another is this: How do we make our Original Shrine into a place of pilgrimage, the goal for which Joseph Engling and many others offered up their lives? It has to become an open place of pilgrimage where the pilgrims find the possibility to pray, go to confession, celebrate Holy Mass, perhaps even in their mother tongue, but above all at the time when they are at this holy place. 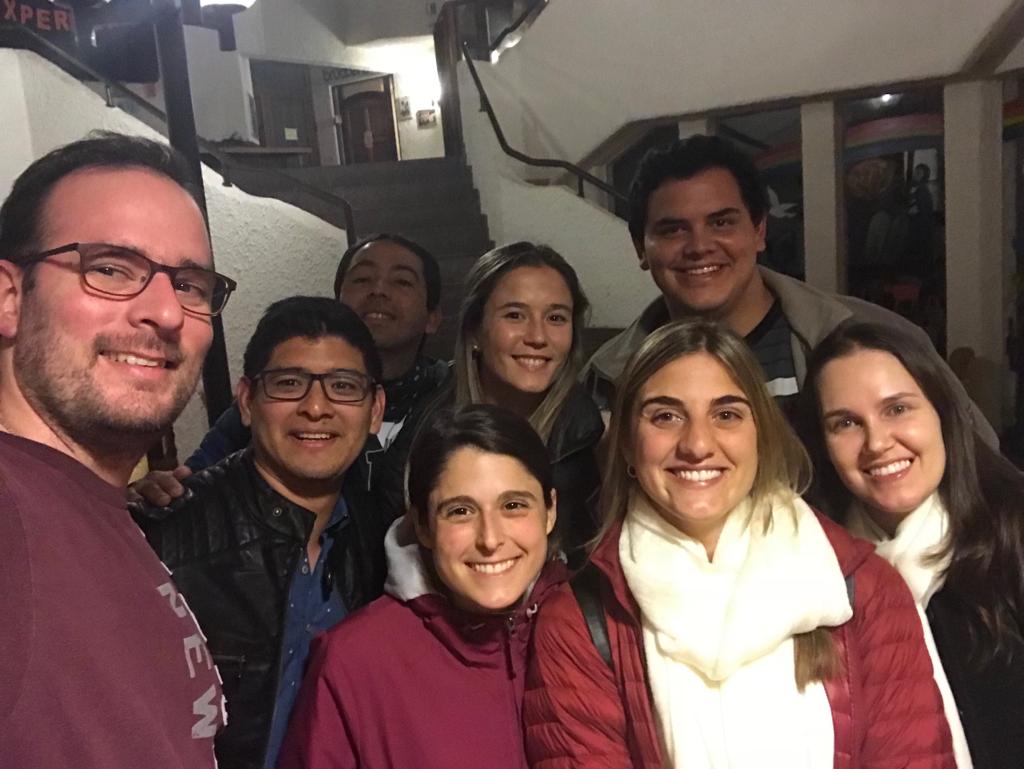 These thoughts are the result of what the pilgrims I met repeatedly asked me, as well as from my insight into the life within the houses, and all that is involved in upkeep with regard to finances and staff, but also the emotional and spiritual burden of keeping everything in order for pilgrims.

My final question is, therefore: Are we a Movement of spiritual renewal of the Church, or a Movement that supplies formation centres for pilgrims?

Both answers are valid, but are they what our Father and Founder wanted? 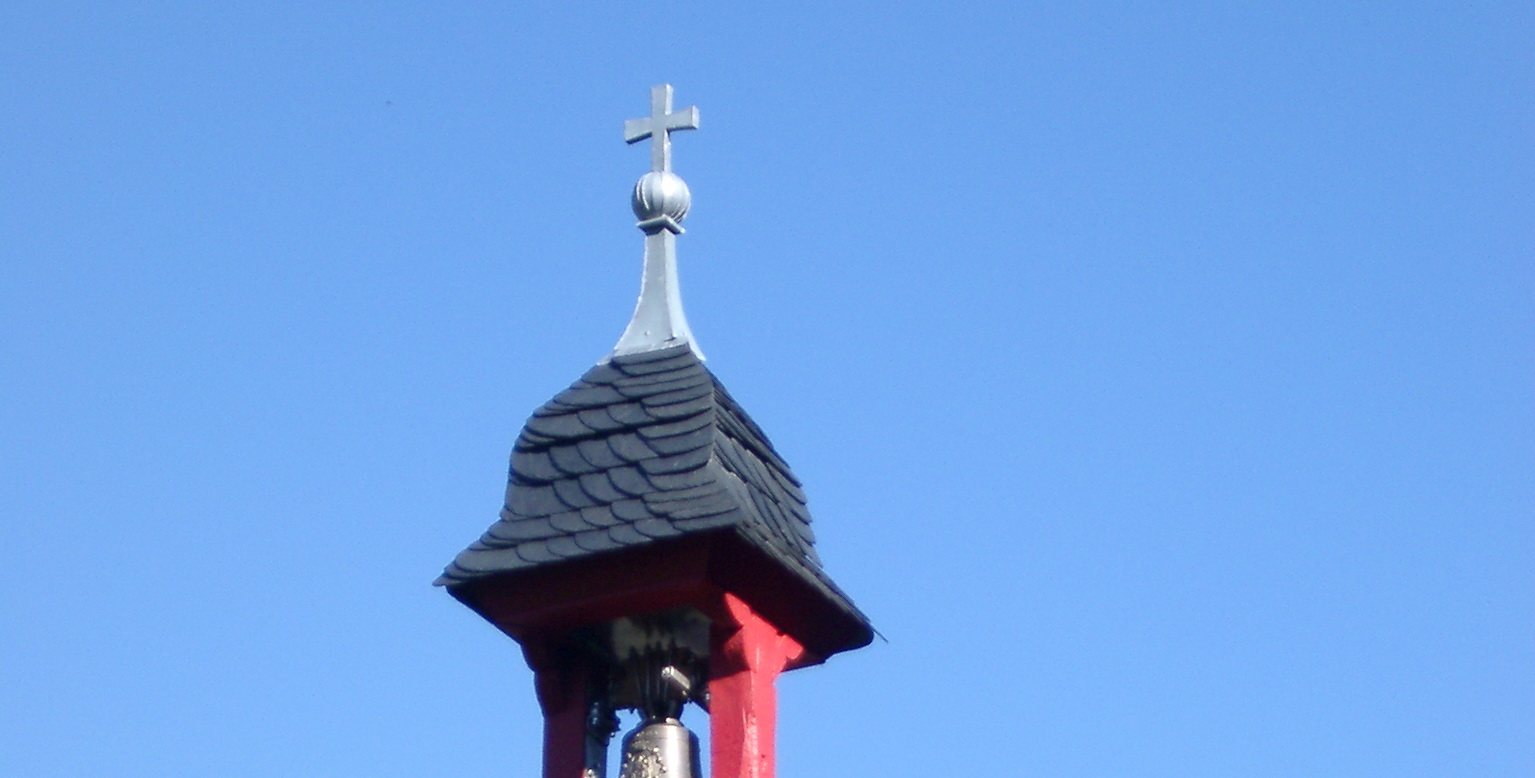