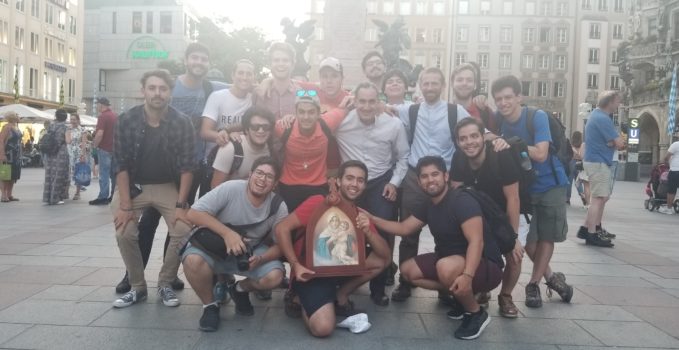 With 15 young men from six countries, the International Schoenstatt Leaders’ school offered a new generation of leaders the chance to deepen their formation. For 33 days, members of the Schoenstatt International Male Youth stayed at the Original Shrine, the fount of graces. They followed the footsteps of Father Kentenich, meeting the communities he established and studying the milestones of his life. Above all, these Schoenstatt leaders, no matter from which country, focused their energy on fostering a joyful, purposeful international community. In the Leaders’ School, one felt alive with the zeal of a new mission. The guys laughed, played soccer, dreamed big, and grew into protagonists of the Schoenstatt Work. —

Although the school concluded August 9th, the members carry their newfound ideal back to their home countries. Welcoming their sons back home, Ecuador, the U.S., Argentina, Paraguay, Costa Rica, and Chile receive the graces of the Shrine and the fire of mission. Some of the young men will even take what they learned to “Misión Roma” or to their program of study in Mexico. These Schoenstatt leaders, no matter from which country, focused their energy on fostering a joyful and driven international community. 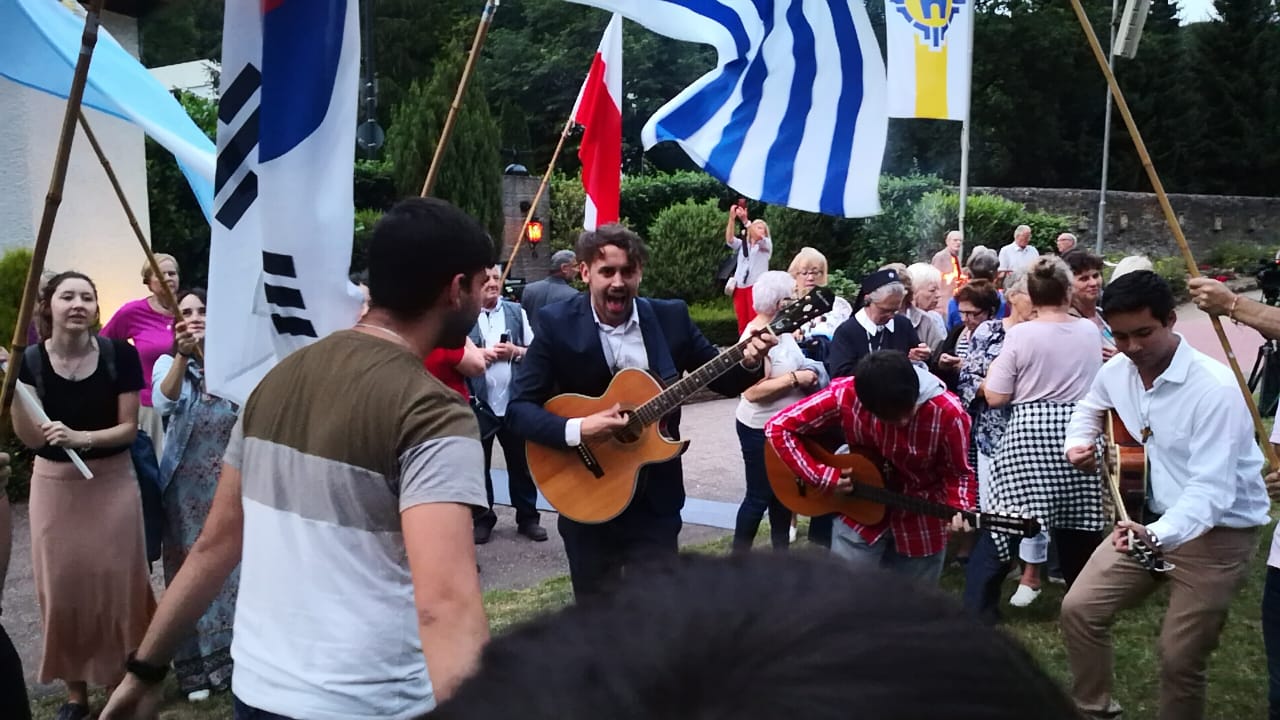 Leaders for the Movement

What did these young men accomplish in these 33 days? For starters, they matured into leaders for the movement. Any Schoenstatt leader must grow close to Father Kentenich. So, they studied Schoenstatt’s milestones, rooted in Father’s life. In Gymnich, for instance, the young men experienced Father Kentenich’s childhood home and learned about the first Covenant of Love he sealed with the MTA in his youth. The school also found a representative of the Father and Founder in Father Ángel Strada. Father Ángel taught them the importance of the 20th of January and Dachau in the growth of Schoenstatt’s Covenant of Love and the foundation of the Institutes. This prepared the School to walk through the harrowing gates of Dachau, where Father and his confreres surrendered all to the Blessed Mother in the Inscriptio. Father Angel further guided the young men through the context and mission of the 31st of May for a crusade of organic thinking, living, and loving.

Inspired by Father Kentenich’s life and work, many of the young men felt called to take their spiritual life a step further.  One made his Covenant of Love, many discovered their personal ideal, and a few offered their life’s work to the Blessed Mother in the Blank Check.

By singing at evening blessings and morning masses, and serving at the celebration on the 18th, the Leaders’ School brought new life to the Original Shrine. One could feel the walls of the Shrine shaking with the energy of the group. Some remarked that the Queen and Victress of Schoenstatt looked very happy in her throne. 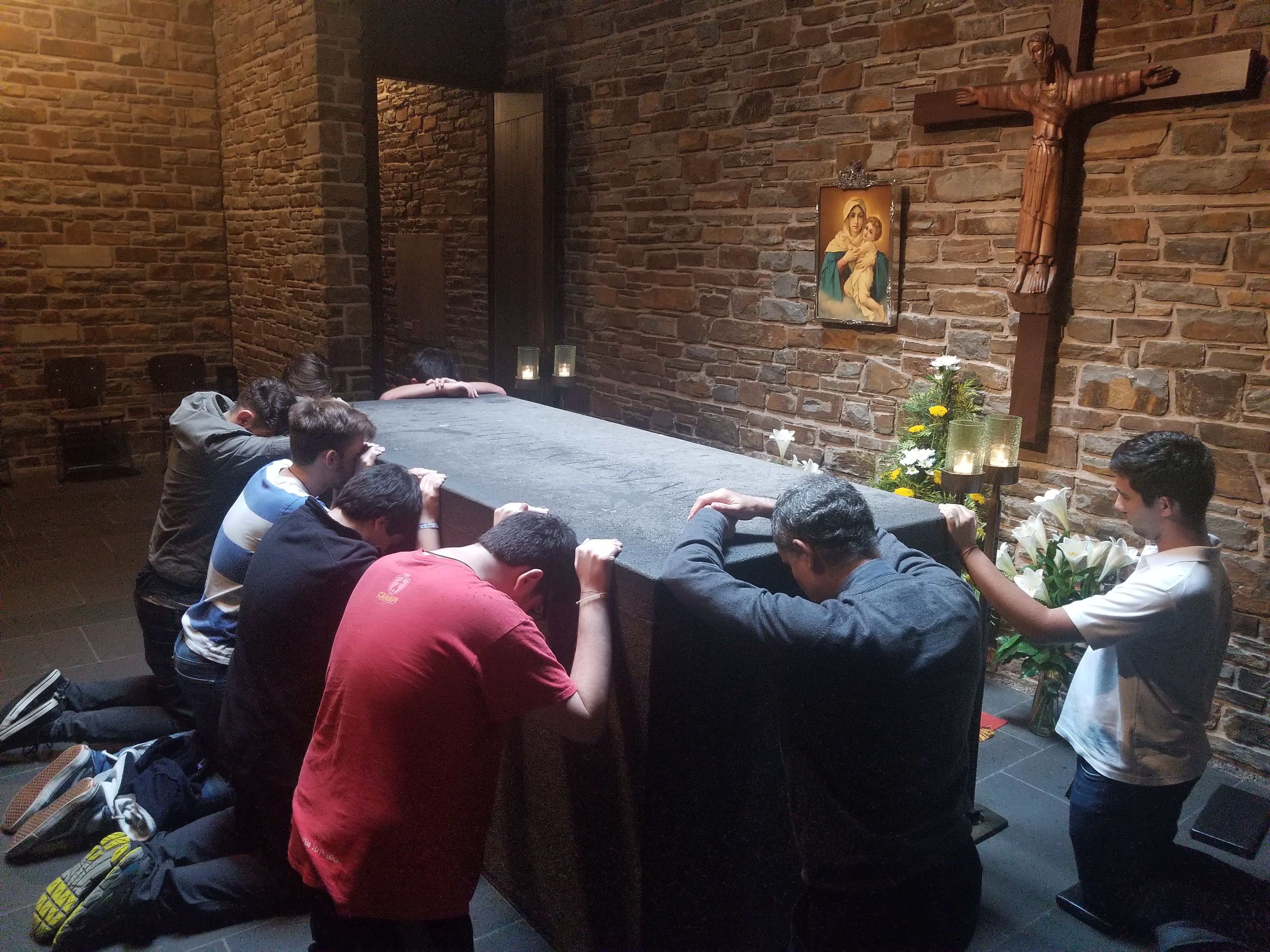 Getting to know the Communities

The communities around the Schoenstatt Valley likewise contributed to the Leaders’ School by welcoming them and sharing their own mission. The Ladies of Schoenstatt hosted the guys one day, sharing their testimony of a unique calling in the world. Furthermore, the Sisters of Mary invited the young men to a lively discussion about Schoenstatt, social media, and evangelizing the new generation. The School participated in the first contract of Roberto, a Brother of Mary, and took inspiration from his work serving underprivileged and incarcerated youth. They met several couples from the Family Institute, who offered a testimony of total self-giving to Schoenstatt in their walk of life. They likewise spent much time with the Schoenstatt Fathers, experiencing their community life and partaking of their wealth of wisdom.

The group stayed in Bundesheim, or Casa de la Alianza, and helped it grow in its mission of serving the Spanish-speaking German Catholic community. Renovating the house by painting, tearing down walls, moving furniture, and fixing insulation, they brought renewal for this place of formation. 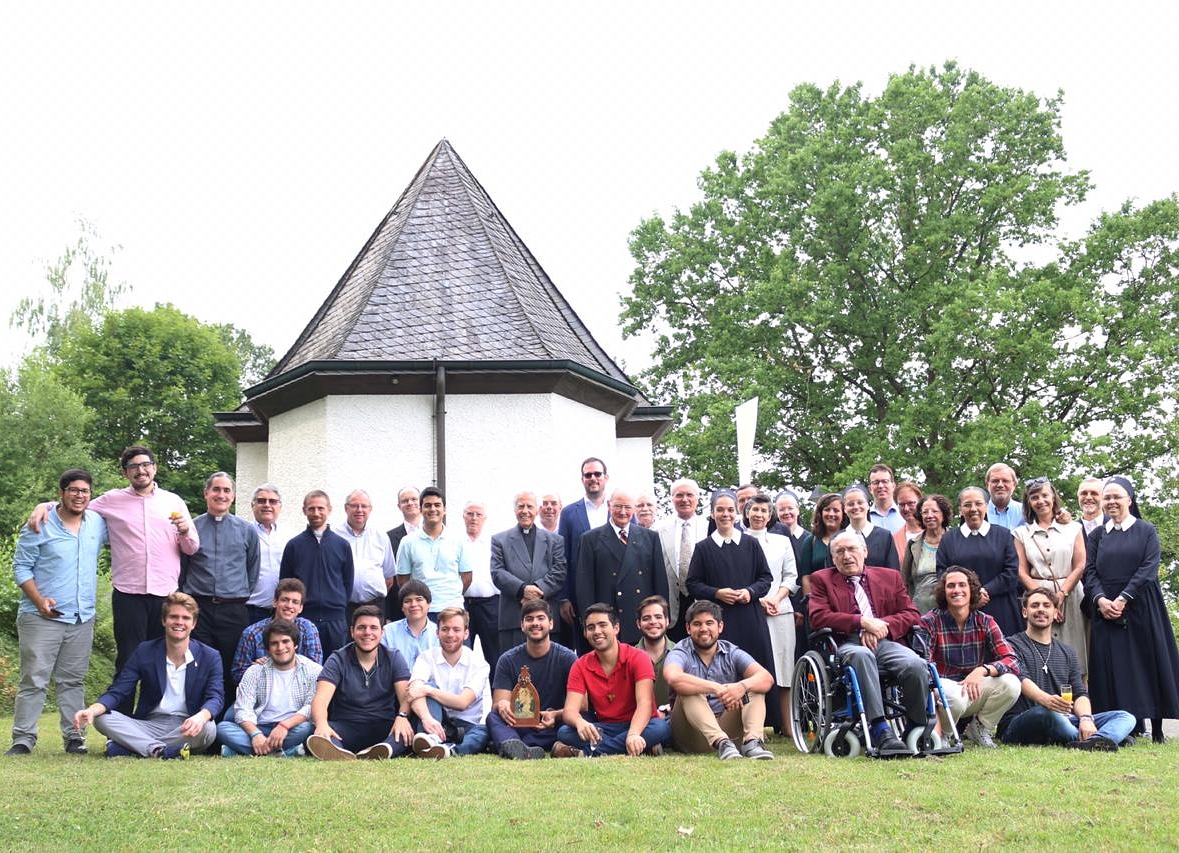 Bringing the Power of the Covenant of Love Back Home

Whether they were serenading the locals on the train to Munich or listening to a provocative lecture from the Family Institute of Schoenstatt about contemporary issues, the Leaders’ School shared a joyful spirit of brotherhood in the Father. They plan to continue the joy of this community that extends across the Americas and bring the power of the Covenant of Love to their communities back home. 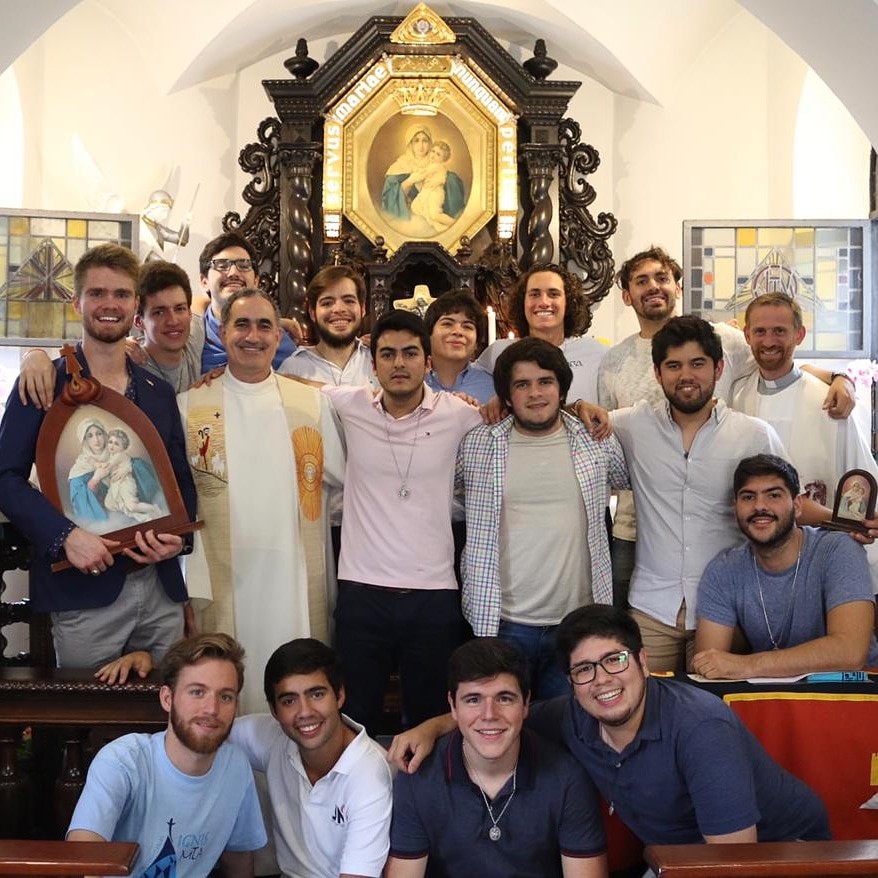