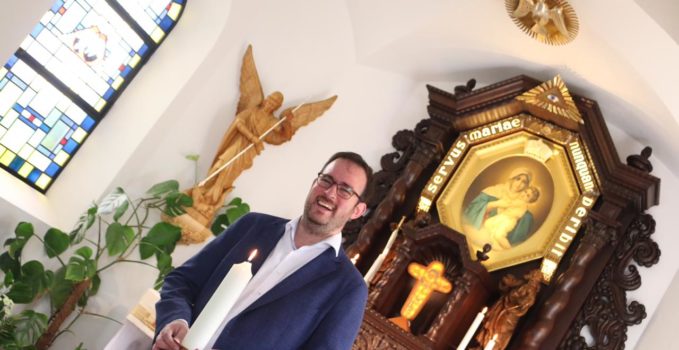 Laity – in the Front Seats in the Life of the Church

“In the life of the Church the laity has the front seats. Their witness to the truth of the Gospel is essential. It shows us how faith and solidarity are lived in practice. I am grateful for all the laity who courageously risk their lives, who are not afraid, and who give hope to the poorest people, the excluded who stand at the margins.” A courageous statement during a family-like and international celebration of the Schoenstatt Institute of Brothers of Mary at the contract-consecration of Roberto González in the presence of friends from many countries, languages and Schoenstatt communities. A courageous statement, almost made for this celebration. By Pope Francis. — 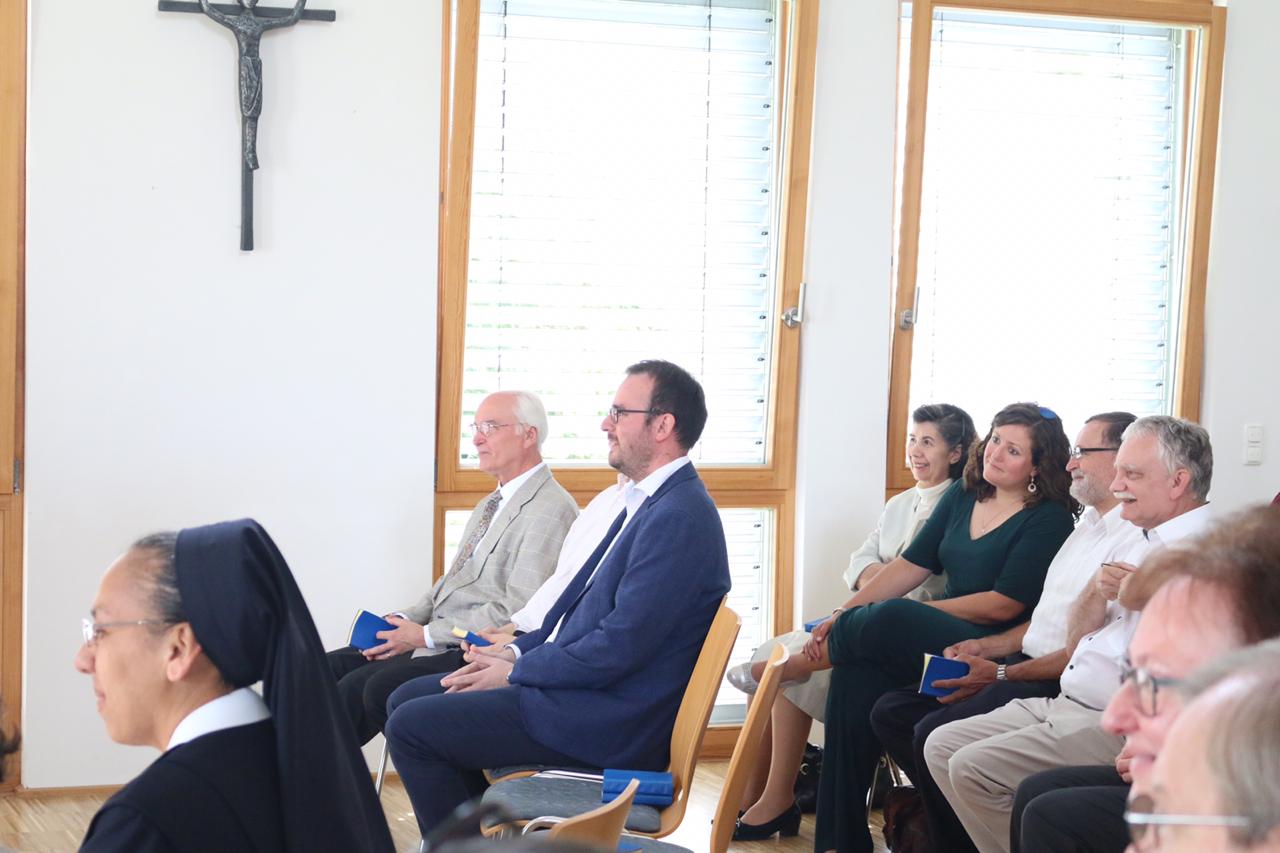 Pedro Dillinger, MC of the celebration on this very warm 20 July in Schoenstatt, promised that it would be short, and it was. He spoke about the calling of the Brothers of Mary, the smallest and least known of Schoenstatt’s secular institutes, which has been given this distinctive lay mission to unite heaven and earth, in and through the world of work.

It was a brilliant idea to let our Holy Father speak (through the “Pope’s Video” of May 2018,) in order to awaken the interest for a vocation in those present, now that Roberto González from Asuncion, Paraguay has committed himself on this day after completing his Novitiate (including a post-graduate course in law at the University of Mainz). 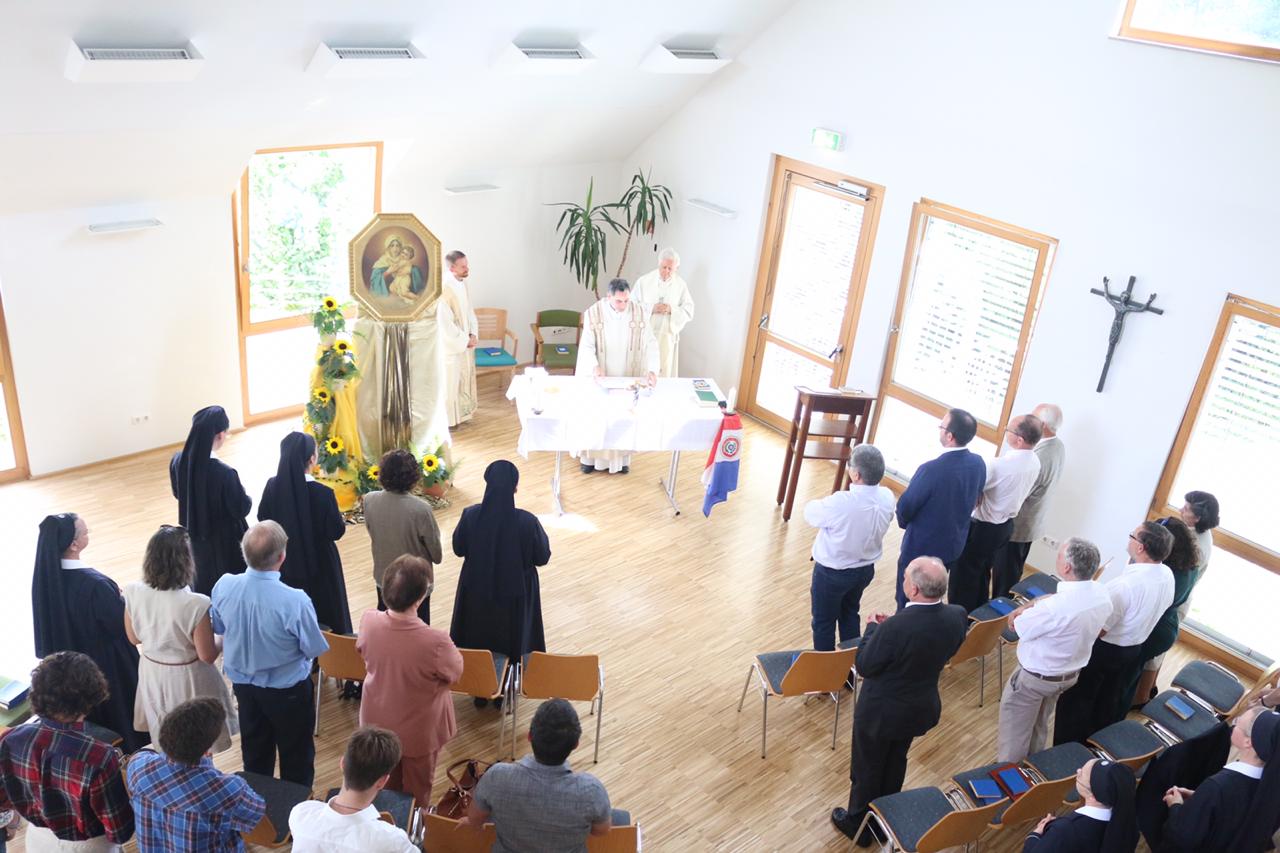 We need engineers, lawyers, artists who express their faith in their work

We need engineers who can change the fundamental concept of technology by living differently and with utter consistency, as well as architects, lawyers, agronomists, etc, who do the same in their professions. We need philosophers who understand the problems, who take hold of them and interpret them in their context with all the manifestations of life in our times, and channel them into creating totally new philosophical and theocentric structures. We need artists, writers, musicians, who create art that concentrates on God, and at the same time grasp the values of life in their times, collecting all concerns and incentives.”

The brief pause between the contract-consecration within Holy Mass and lunch as a family was like a vocations prism that showed Schoenstatt’s nature in which there is nothing narrow or exclusive. A Movement where everyone, each according to his individual vocation and united in covenant, serves the Church and its mission and the world God has entrusted to us, as the holy People of God from every nation and language. It was a moment in which we could breathe in this breadth and freedom deeply; it is the breadth and freedom what promotes and challenges our inner freedom and love for multiplicity. 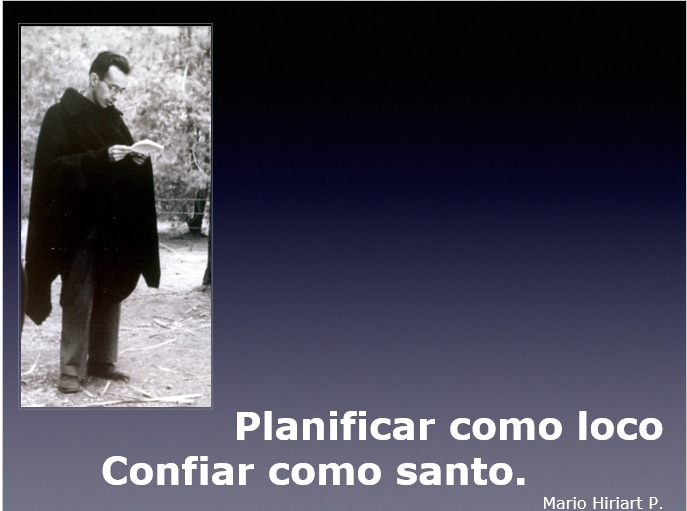 Each in their originality, without competition, family

This freedom and expansiveness could already be felt as we gathered as a festive community at 10 a.m. in the chapel of Haus Tabor, which was decorated with sunflowers: the flower arrangements here, in the shrine and dining room were the work of Sisters of Mary from the Pilgrims’ Centre. Pedro Dillinger, the MC, presented all who belong to Roberto’s network to those present: Teresa and Konstantin Blumers, his hosts in Mainz, who are at the same time relatives he only got to know in Germany; the Sisters of Mary from Mexico, Argentina and Ecuador already mentioned, Sr Cacilda of the International Coordinating Team; Sr Resia, a Cambrai connection; Pepo and Patricia Köstner, the couple superiors of the Institute of Families; Fr Angel Strada, Fr Facundo Bernabei and Fr Joselo Zabala; the international leadership group; the Brothers of Mary; and Maria Fischer with Sebas Valdez and Zachary Larsson, young collaborators with schoenstatt.org (Roberto has been part of that team for three years). Pedro Dillinger had witnessed  a number of editorial discussions!

Sebas Valdez took the photos of the event for this article after he had placed a small bust of Fr Kentenich for the home shrine next to the altar. The whole of Paraguay was present at this event, because the bust has been on pilgrimage there for almost a year. Many have been waiting for the production of the bust to begin, so that Fr Kentenich can be present with them at home and when they go out. 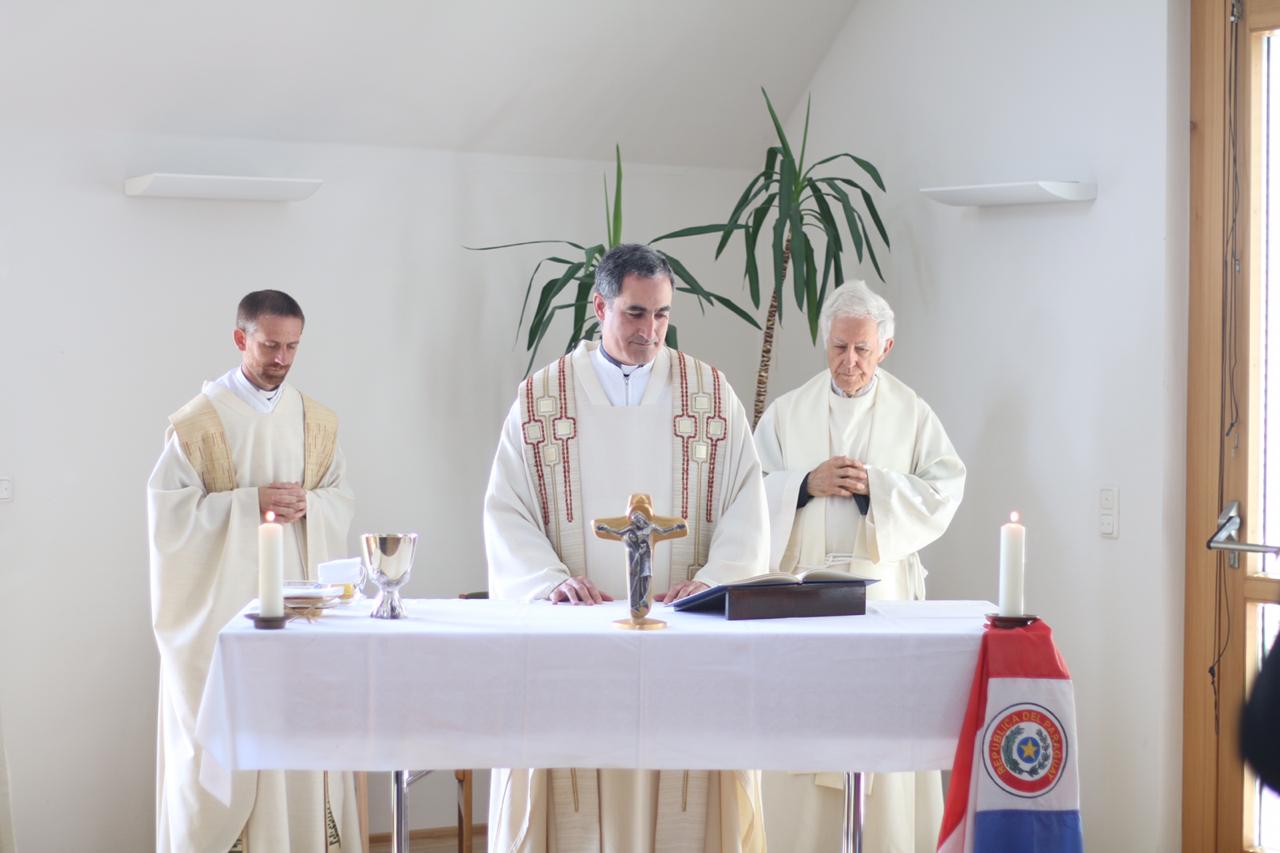 The Holy Mass was a festive and joyful occasion with hymns in Spanish and German. The readings were in both languages. In his sermon (in Spanish, translated into German) Fr Joselo took the readings as his starting point. He said that the Yes Roberto spoke that day was part of Mary’s great Yes, and that we will accompany Roberto along this way.

In his letter, St James developed aspects of divine wisdom. Jesus himself embodied divine wisdom; it is a wisdom that expresses originality without competitiveness. In the Beatitudes Jesus showed the entire scope of the life of Jesus’ disciples, a scope and multiplicity that no one can live on their own. Depending on their calling and originality they live one or the other of the Beatitudes with greater emphasis. Fr Joselo stressed that originality is a gift and a challenge for community life and the life of each Schoenstatter. At the end he stressed justice. It is Roberto’s great theme from his vocation and working life to which he will soon return. He encouraged him to work for justice in every field of his lay calling and in his commitment as a Brother of Mary. However, there is one thing he still had to do.

A YES in the shrine

We walked in silence to the Tabor Shrine where the Litany of the Saints in its Latin American setting filled everything with a joyful rhythm.

The act of the contract-consecration is actually simple: a Yes to the life in and according to the norms of the Institute of the Brothers of Mary, a Yes of the Institute to its youngest member, the signing of the contract by Roberto and the renewal of the covenant of love with everyone present. A simple and solemn moment full of hope and emotions, full of song, photos and applause, full of prayers and thanksgiving. 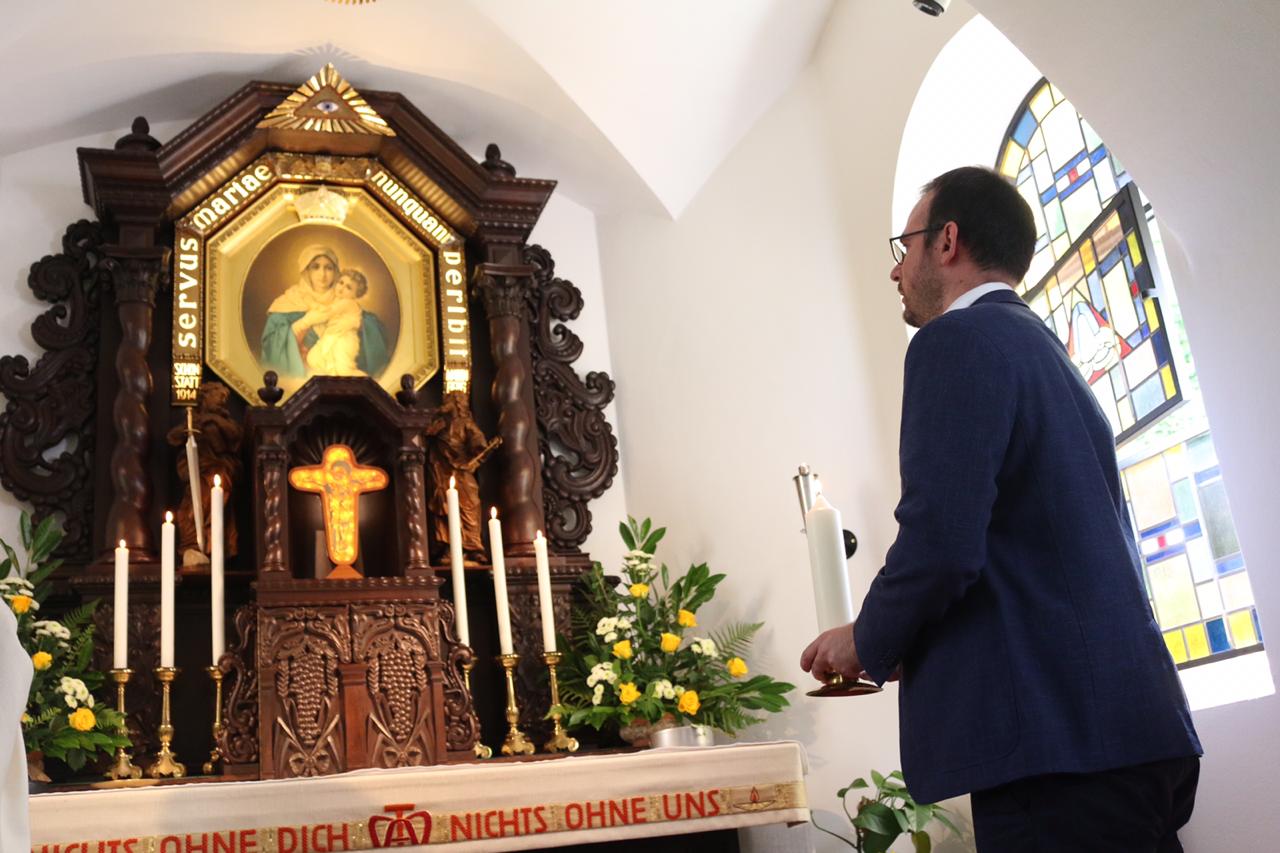 After an Aperitif there was the inescapable group photo (thanks to Sebas for his persistence!) and the first photos and videos via Instagram and Whatsapp. Then we all went into the dining room – and “to my amazement they were very obedient” as Pedro Dillinger commented – the invitation was made not to sit only with friends, but also to get to know others.

That was the time to extend the network and renew or deepen attachments. Some met again after a number of years. There was time to be brought up-to-date on the projects and life of the others. Two “almost neighbours” from the Archdiocese of Cologne met, who thought they were the only Schoenstatters there, and contacts were made with the Rome mission (which will hopefully result in more articles in schoenstatt.org). Selfies were sent to friends in Argentina who were enthusiastic about the new shrine app. Shared experiences of many years before were refreshed, or related for the first time, translated or the translation was forgotten. You could feel the family spirit, the internationality, originality, freedom and great joy.

All that remains is to thank Roberto and the Institute of the Brothers of Mary for opening their doors so wide for this family celebration. 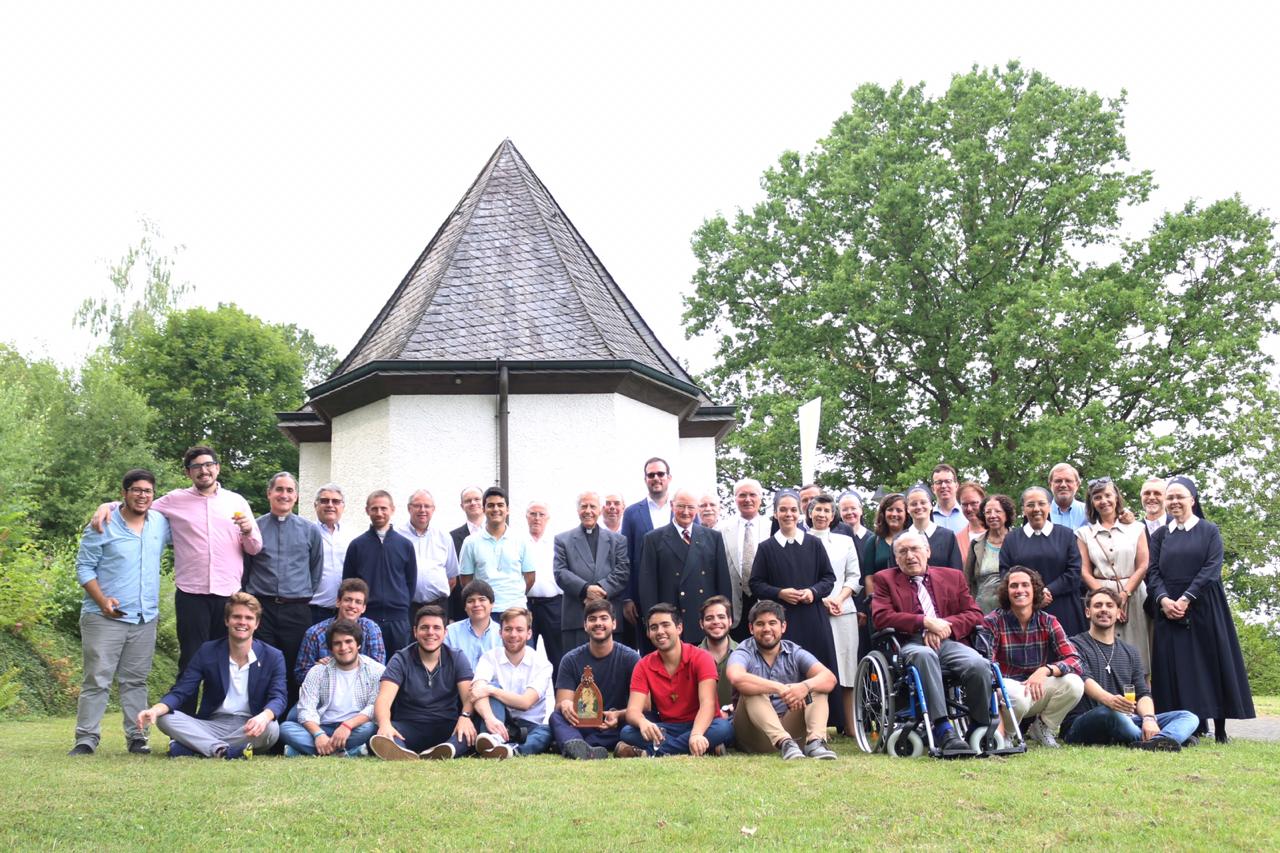 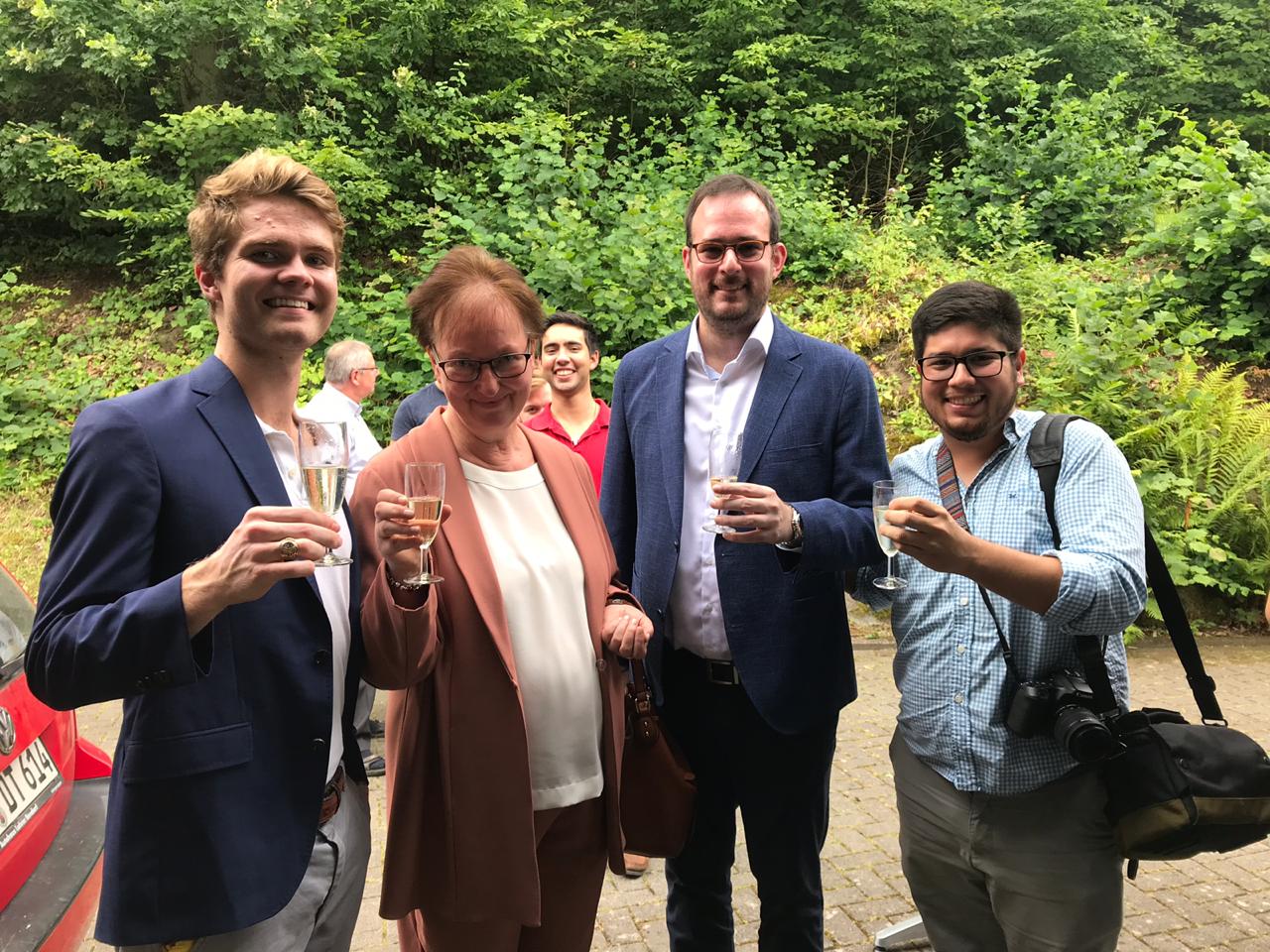