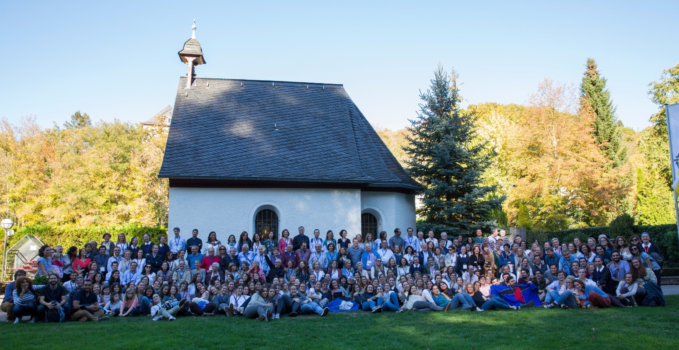 A trip as a family

When we were invited to represent the Family Federation on the Commission that was going to organize a Spanish Family pilgrimage to Schoenstatt, at first, we thought that it would involve helping with the logistics of the trip for the Federation members who wanted to attend i.e. planes, lodging, and so forth. That is, we would work like a travel agency. The reality was far from it. Upon arriving at the first meeting, we saw the pilgrimage’s make-up encompassed members from all the Movement’s organizations: Youths, Mothers, Young Professionals, Families, …In a gradual way, everyone grew more and more enthusiastic toward the task of visiting our Father at his Schoenstatt home for the 50th Anniversary of his death. —

We decided on a motto and logo quickly, and that helped us to make progress in the practical aspects by having what we wanted to take him well-defined, and of course in transmitting him to Spain’s Movement members and future pilgrims… as well as the capital of grace that ultimately helped us to count on the Blessed Mother’s essential collaboration. We even composed a hymn, which was a complete success, although we have to confess that when Sr. Mónica María proposed it, it was received with more than one ironic smile, because it seemed like icing on the cake when we considered it was an almost impossible feat to organize all the other basic aspects on time. We also immediately perceived that planning a two-day stay in Schoenstatt was a challenge, since it involved transporting almost three hundred people, while at the same time, it was an extraordinary collaboration experience among everyone. Fortunately the management of this very complex business landed into very good hands; the Scholl’s, Pedro and Almudena, who have planned, inspired, developed and helped all the Commission’s members throughout the process to obtain all the goals planned for each one. 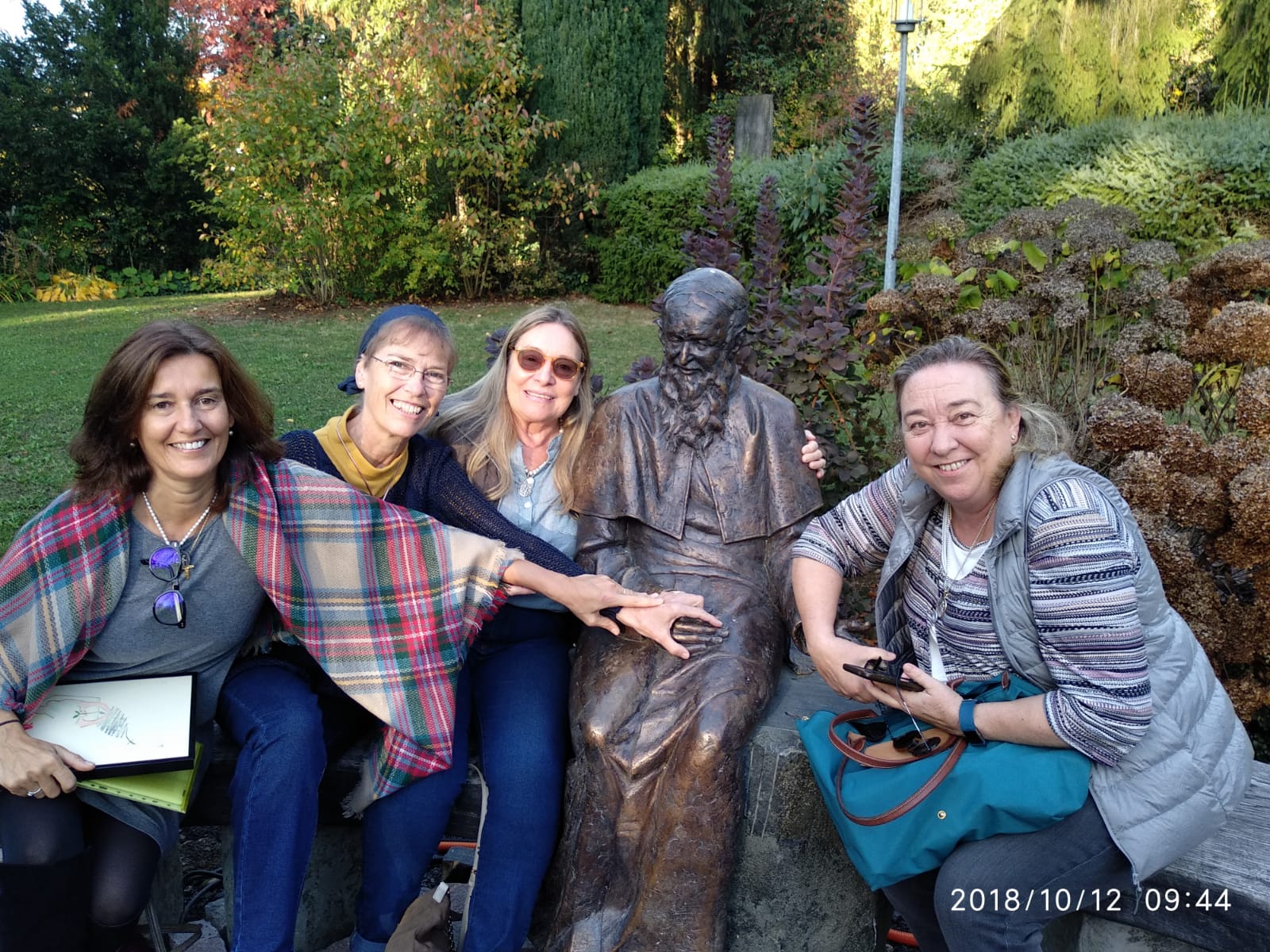 The meetings were unavoidably at the same time as the Real Madrid soccer games coincidentally helped us focus our concentration and increased the capital of grace for our many soccer fans. The Cataluña participants’ presence was always dependable via Skype, plus of another who traveled frequently. We were grateful for the loyalty of those who were faithful in attending all hours of these frequent meetings on their computer screens.

It was an enormously enriching experience. Representatives from all the expressions of the Movement in Spain working shoulder to shoulder so that the pilgrimage would be a success. We could not recall ever participating in anything like it in our thirty-five years in Schoenstatt. And we thought that it should mark a before and after in our way of working and collaborating within the Spanish family, as several pilgrims commented in the closing plenary event, in the Adoration Church.

You must take into account that we were spread throughout all Schoenstatt’s houses, with multiple and various arrival and departures schedules, means of transportation, and physical conditions. And everyone had to be present at the planned times and places: Marienau, Pilgerhaus, Adoration Church, etc., etc., etc.… The program had been interesting according to the spirit of pilgrimage and most of all experiential. Every pilgrim should have returned to Spain taking a personal encounter with Father. It could have happened in the talks, during the testimonies of people who knew him, Sr. Thomasine and Fr. Herbert King, during the Masses, the visits to the key places, Adoration, and so on… For us it was Marienau, perhaps in part because we were responsible in preparing the pilgrims’ visit to this place. However above all by the peace we had when we learned that prior to all obstacles and deceptions we could experience in our Schoenstatt projects, “Father took all responsibility,” just as he said to Sr. Laurence a day before he died. 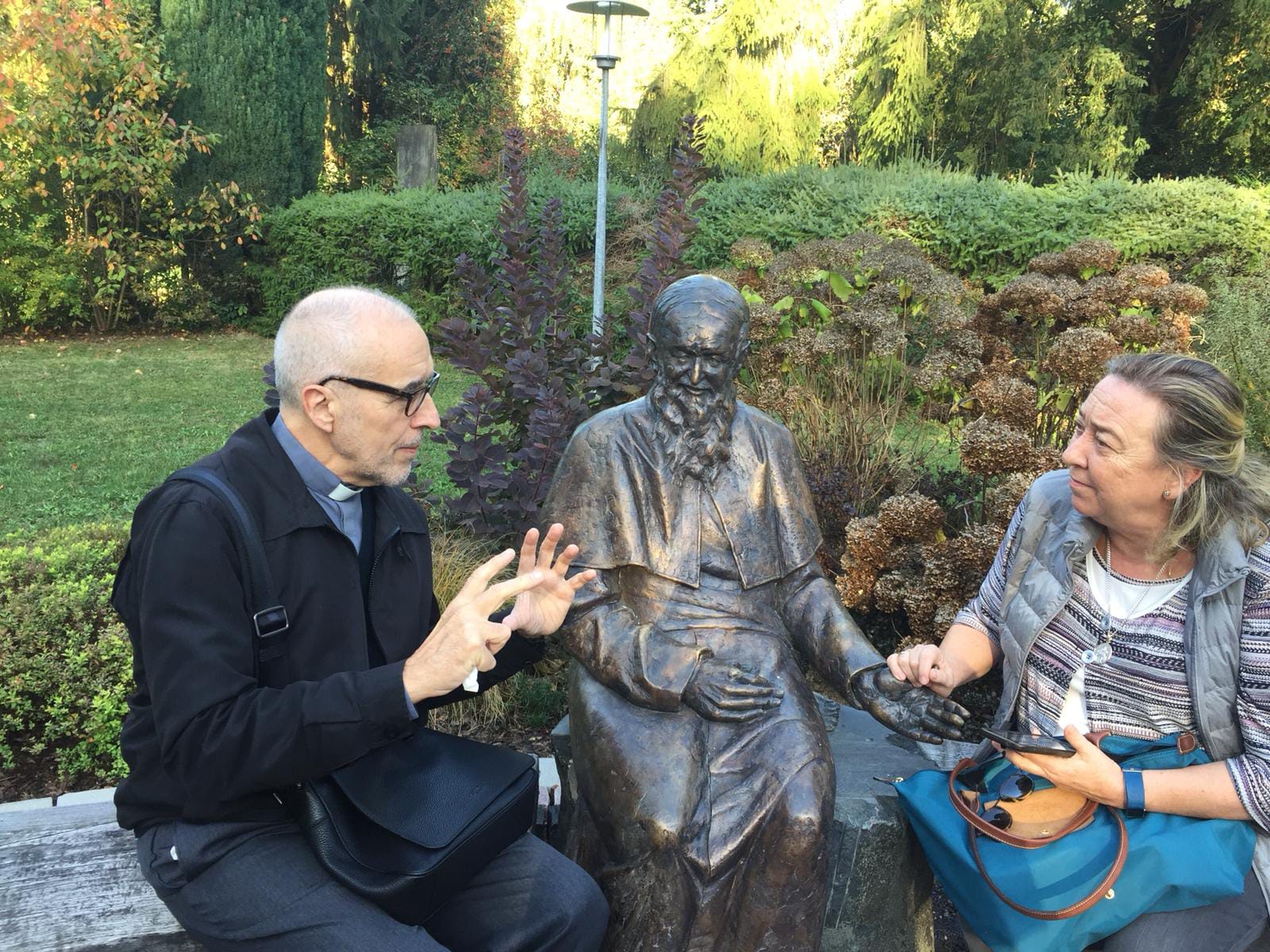 Sunny and warm days like never before in Germany in October

It was beautiful to verify the germ of Schoenstatt’s expansion exists in new places in Spain, of meeting the priests like Manuel de Córdoba and Juan José de Covadonga, and seeing that the Blessed Mother has begun to establish herself in new regions.

They were days of authentic joy: for being all together, for feeling the Blessed Mother and Father’s presence accompanying us on our pilgrimage, or without forgetting the good weather that made all activities easier. We could share very valuable experiences by being grouped in families composed of members from every expression and vocation within the Movement. But at the same time, by being able to enjoy some fantastic times of sharing and prayer in Hillscheid with our brothers/sisters of the Family Federation, and the joy of having Fr. José María among us.

There was only one thing that left us dissatisfied— that it only lasted such a short time. We believe that all of us would have stayed longer, and there were some fortunate ones that did.

We now repeat the motto that took us there more than ever, and it will undoubtedly serve for growth not only in numbers for the Spanish Movement now that the shrine of Pozuelo will celebrate its 50th Anniversary.

Yes Father, we advance together! 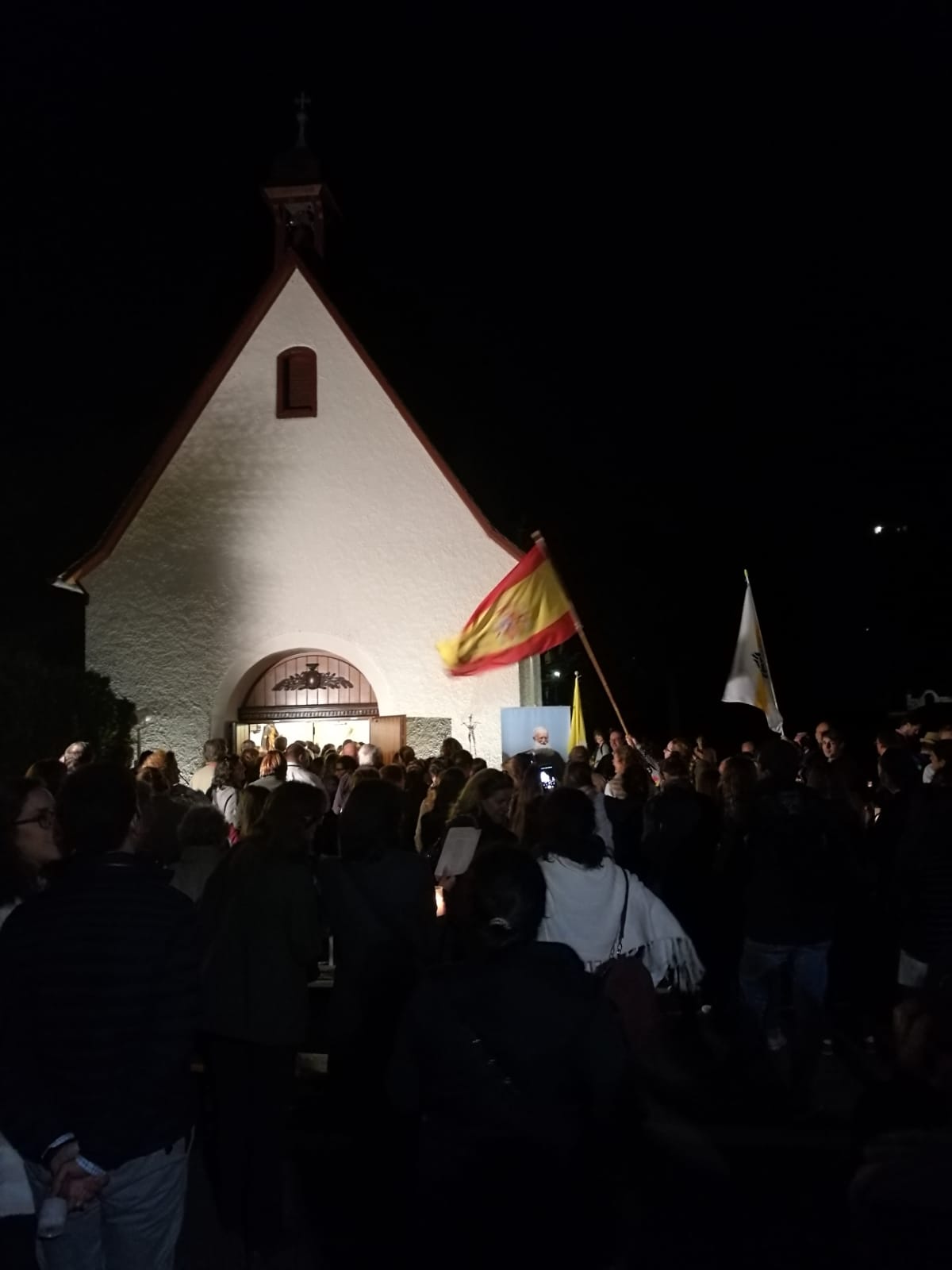