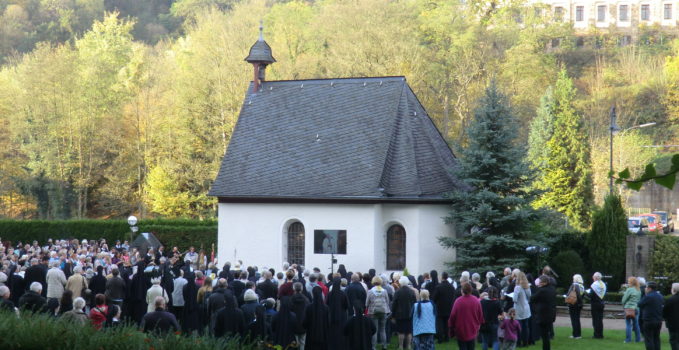 “Now I am an ally!! I already had written my article; it is in the computer and as soon as I have Internet I will send it. Thank you for the hospitality and the welcoming charism. If you need one more Paraguayan to write for schoenstatt.org, I am gladly willing.” This was a message received on Whatsapp early on October 19, as a golden October 18 highlight and not just because of the sun and the 25°C (77° F) summer temperature in the midst of a German autumn.

Andrés Romero of the Boys’ Youth from the Santuario Joven (Youth Shrine) in Asuncion, Paraguay had only arrived in Schoensttt at House Marienau forty-eight hours earlier. He was greeted with an unbelieving question: “What is Parguayan doing here on 18 October and not in Tuparenda?” –“To seal my Covenant of Love in the Original Shrine,” he answered and upon passing through the house where Fr. Kentenich had stayed so many times he murmured “Father Kentenich” and he repeated it with even more emotion when he found out that his room was on the same floor as that of Fr. Kentenich. 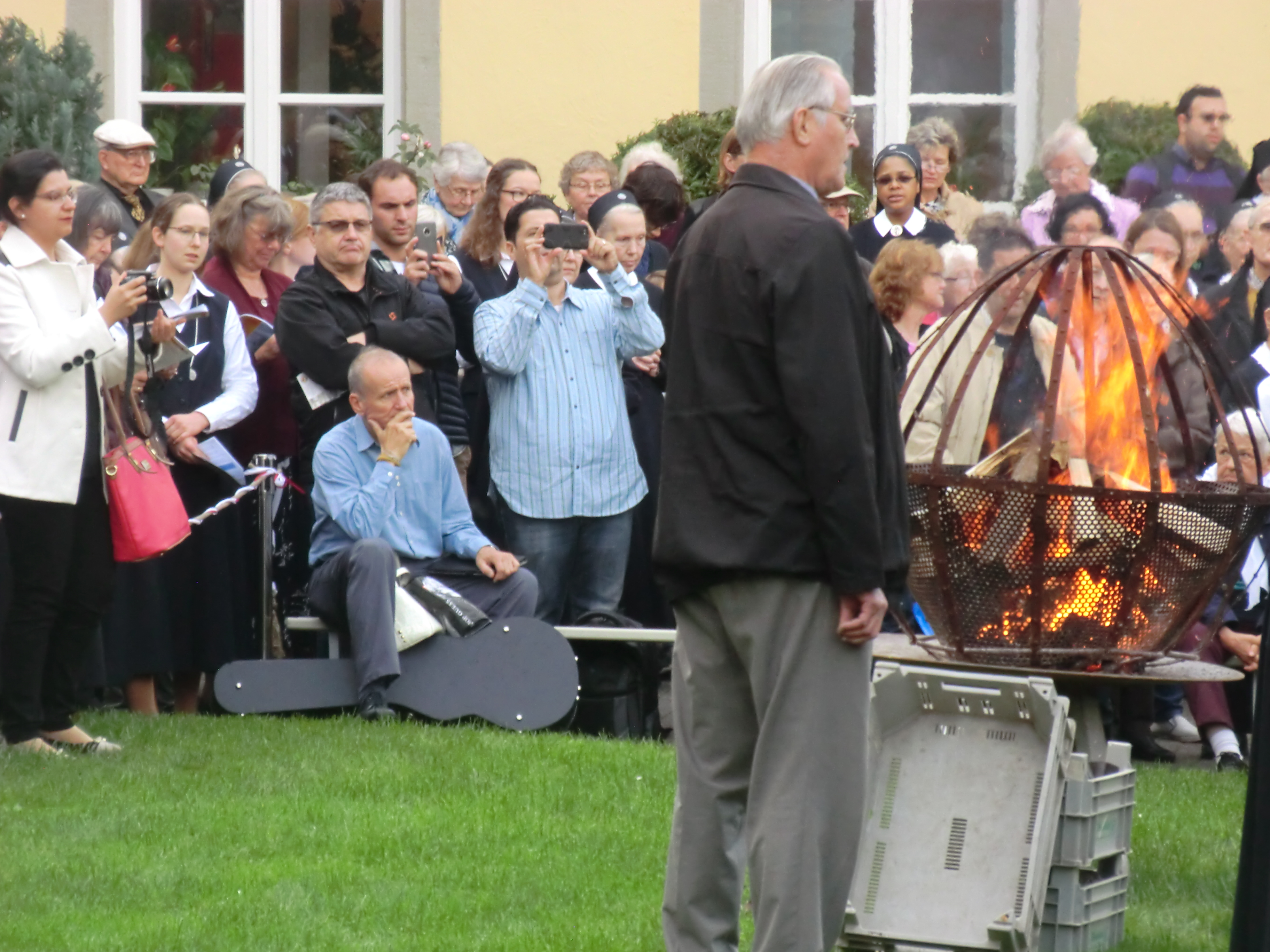 This Shrine is the center of all Schoenstatt 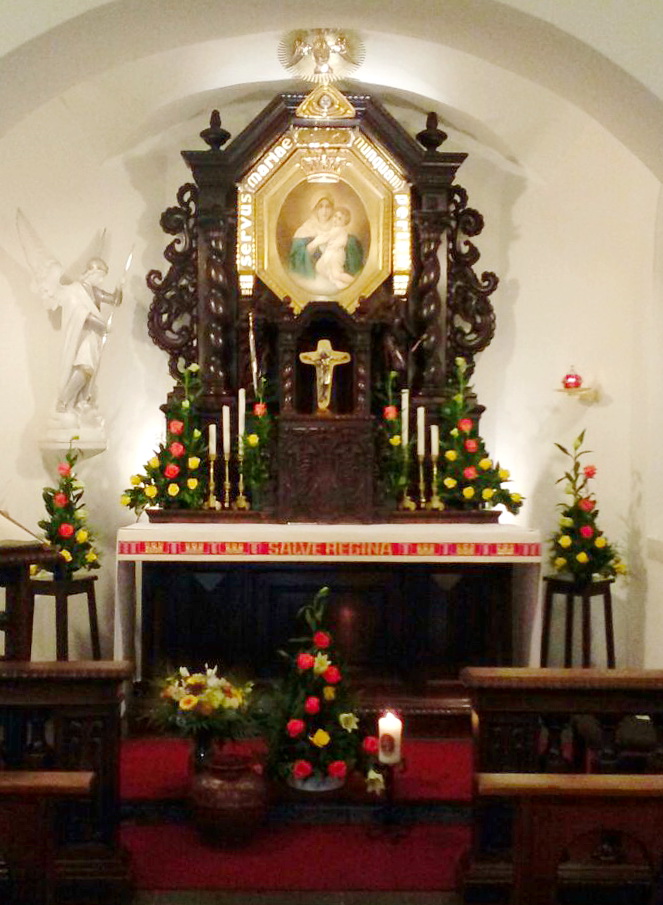 There are larger celebrations (thinking about Tuparenda with its 50,000 pilgrims on this day), there are more touching ones (the first October 18 with a Shrine in Costa Rica and Caieriras), a more international one, younger, more jubilant…but this is the renewal of the Covenant of Love around THE Original Shrine, this small place that is our common home and our source of specific graces, without which, we do not exist nor could we act, not as Father’s Family or as an Apostolic Movement at the service of the Church and of society.

Before renewing the Covenant of Love, Fr. Juan Pablo Catoggio, President of the Schoenstatt International General Presidium, recalled this reality invoking the presence of the thousands and thousands of Schoenstatters from five continents that came spiritually on pilgrimage to the Original Shrine this day. Fr. Juan Pablo asked the participants to unite with them and to greet those who were present via the Schoenstatt-TV transmission.

It is a real “Nothing without you, nothing with us,” a real Covenant Solidarity: the greatest gift for so many Schoenstatters is the promise of being taken now, at this moment, to the Original Shrine – and they, from the 50,000 in Tuparenda to the three or four at the furthermost wayside shrine in the world, are the ones who nourish this small Bethlehem with their capital of grace.

A strong symbol of this reality was the moment of  burning the papers from the Original Shrine’s jar in the fire lit as a symbol of the offering of capital of grace, with the jubilee torch of the Covenant of Love. There were letters among those papers that were sent from Costa Rica, Paraguay, Croatia, Brazil, Colombia, Uruguay, Spain, Chile, South Africa, Rwanda, the USA, Ecuador, Mexico… 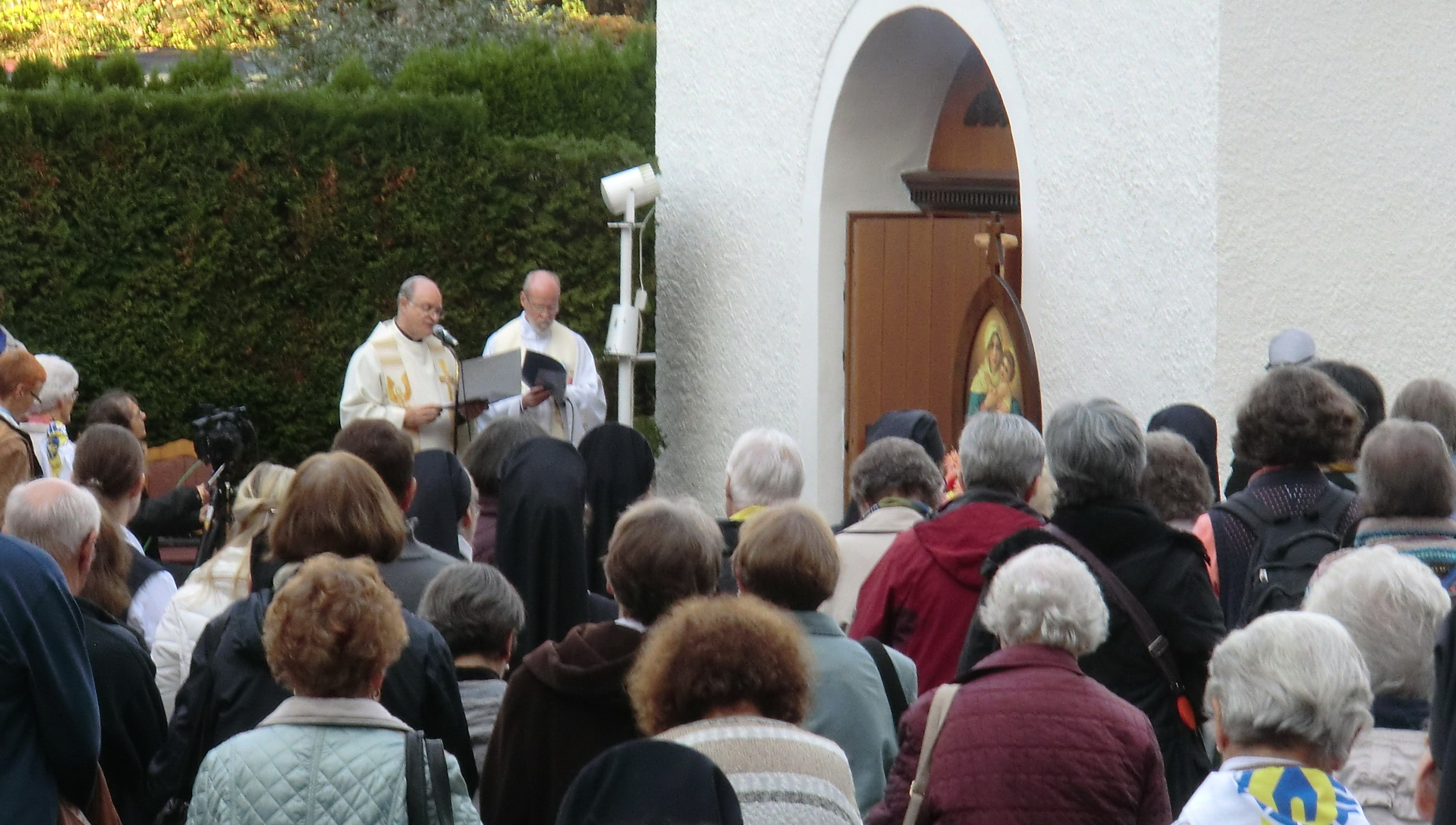 “17 years ago I was here and now I have returned”

The largest group present was that of the pilgrims from the Liebfrauenhöhe Shrine, in southern Germany. They gave a special touch to the celebration with their handkerchiefs bearing the Schoenstatt logo.

There were many Schoenstatters who live in or close to the place, and there were also some who traveled from other parts of the country to participate. There were Ecuadorian, Paraguayan, Mexican, Swiss, and Czech pilgrims…

“I was here 17 years ago and now I have returned,” a man from Mexico said; he was radiant with joy and even more so when Fr. Ignacio Camacho sang “Fire of his fire”…

Now they are allies– demonstrating through deeds that this small place is our common home and our source of specific graces, without which we would not exist nor could we act, not as Father’s Family or as an Apostolic Movement at the service of the Church and of society. 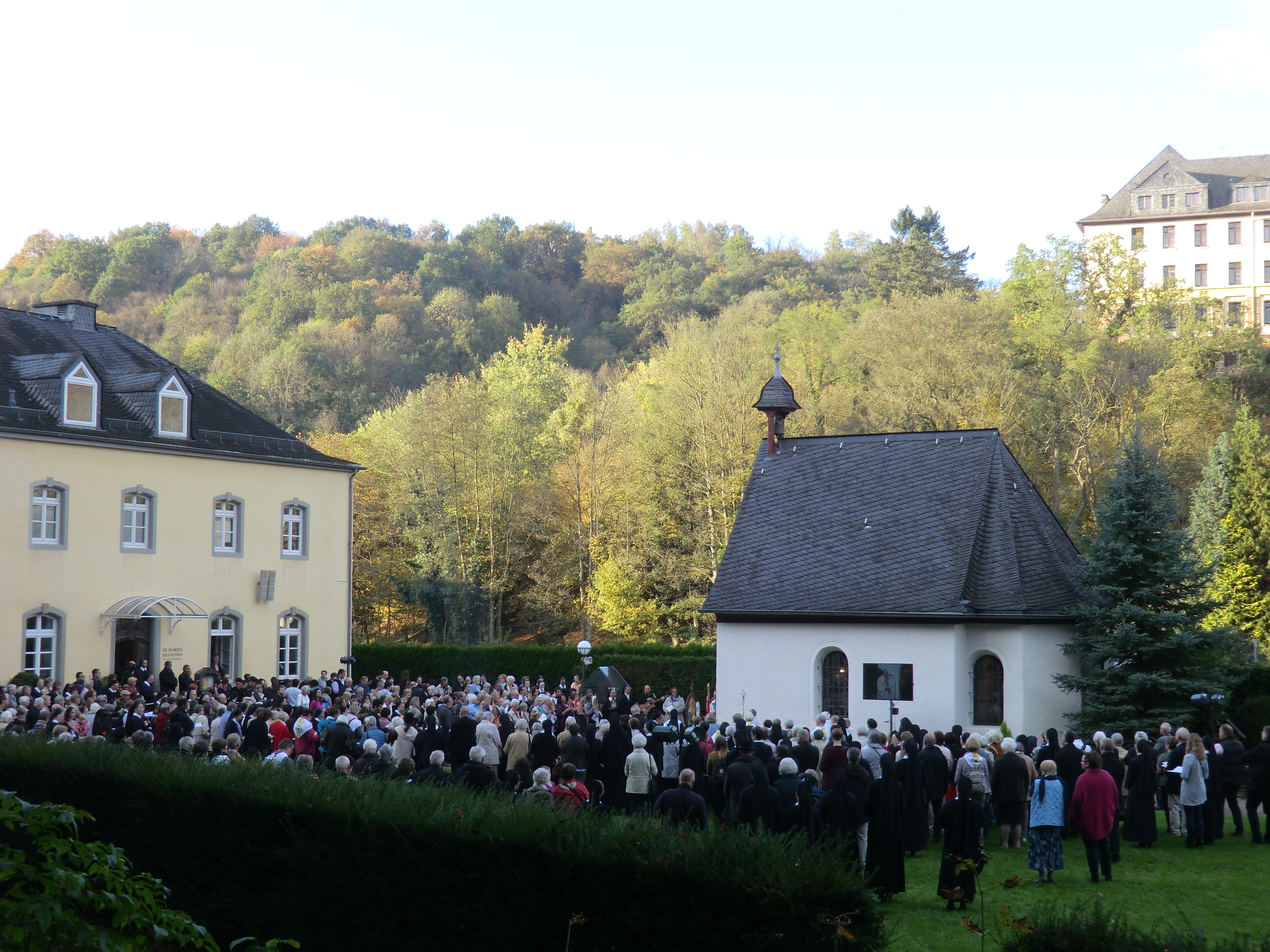 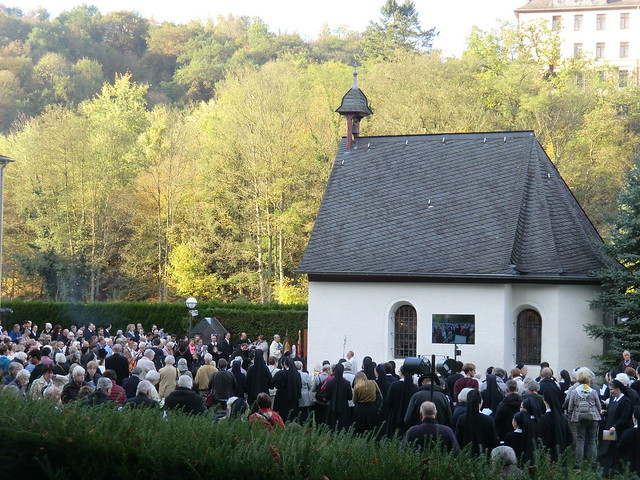