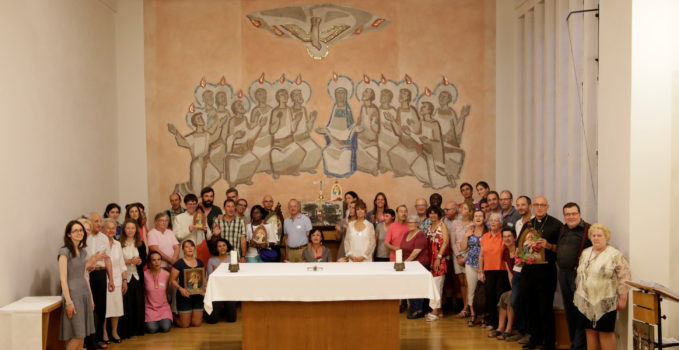 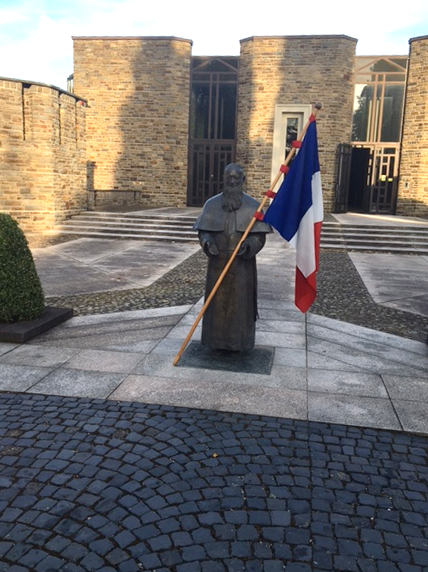 The Original Shrine was decorated with red, white, and blue during the days 14-21 July!

During those days, the Sisters of Mary, Resia Käppeler and Angelina Duvoisin, by Fr. Deogratias Marakuhiro, of the Schoenstatt Institute of Priests, and some families from Spain, who belong to the Family Work, and who had friendly ties with the couples from this country, welcomed a lively French pilgrimage from Cambrai, Paris, and Toulon.

It was an intense time, in which approximately sixty pilgrims, including three priests and Bishop Dominque Rey of Toulon, deepened in the Schoenstatt charism by experiencing beautiful moments of brotherhood and understanding of the Movement, and its expansion throughout the world.

Covenant of Love in the Original Shrine

The pilgrimage’s highlight took place on 18 July, when twenty-two pilgrims sealed their Covenant of Love with Mary in the Original Shrine after Fr. Deogratias Marahukiro prepared them.

Bishop Rey and two priests were among them. It was an unforgettable day, where within the Original Shrine that vibrated with French songs, one could say “heaven touched earth.´” making the Covenant of Love moment that Fr. Antonio Bracht, Rector of the Shrine, led even more blessed and unique. 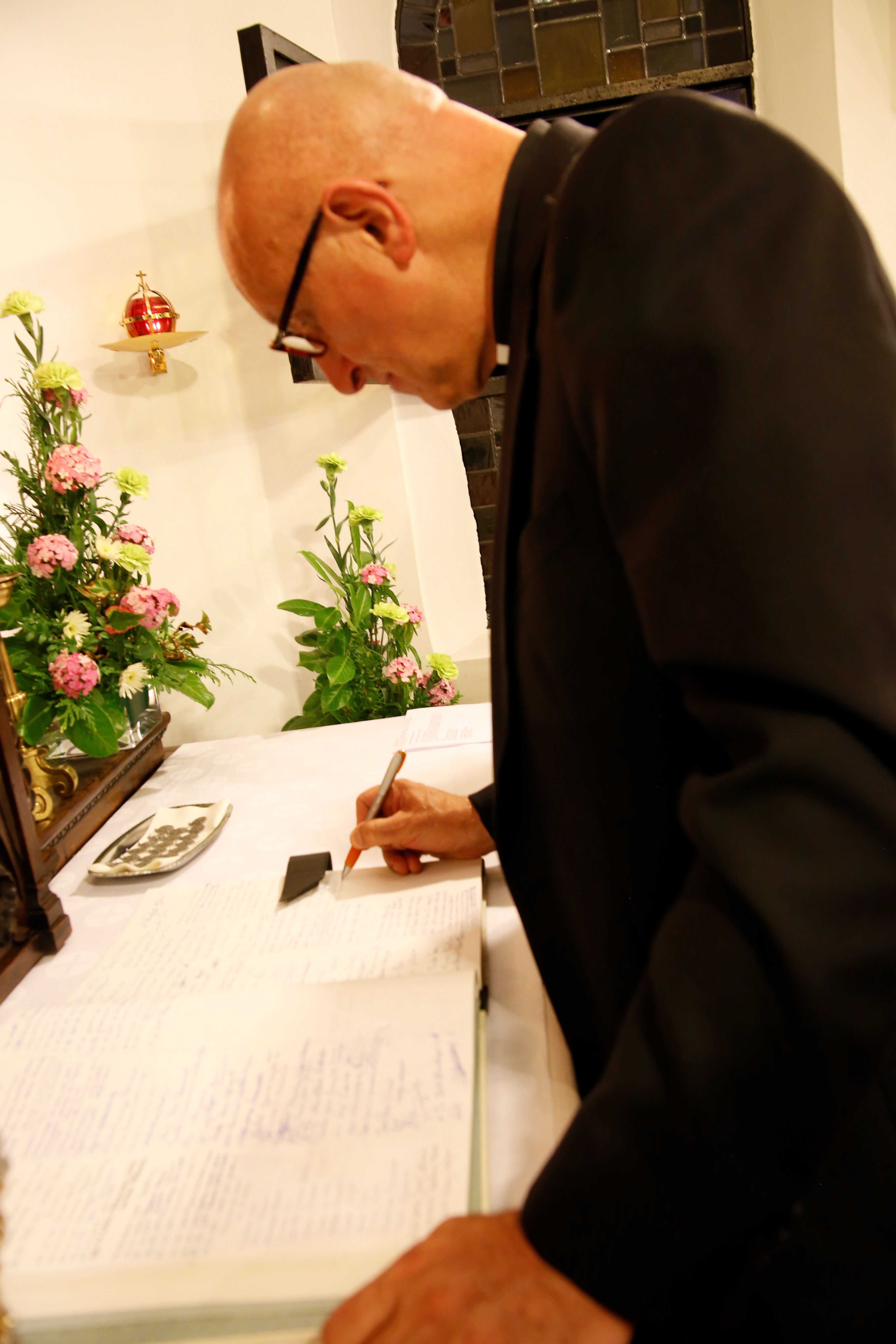 The pilgrims learned about Fr. Kentenich’s life in detail, and they got to be close to the Father and Founder in Most Holy Trinity Church.

After receiving explanations about the Schoenstatt Family Work, the Home Shrine, they were able to take a moment to pray in the Shrine dedicated to Families.

Other important sites were visited and several Eucharistic celebrations occurred in Most Holy Trinity Church, the Pilgrims’ Church on Covenant of Love Day, and also at the Original Shrine.

A picnic, a final blessing, and new connections created

During the peaceful picnic in House Marienau’s gardens, the time to bid farewell took place in front of the beautiful Shrine. Bishop Rey led the closing prayer, and entertained everyone with a lively song after the final blessing.

Surely this pilgrimage left its mark on the Original Shrine, and it contributed in re-awakening and strengthening the unity of the Schoenstatt Movement on French soil.

May the joy of these days also echo in our hearts, and may we unite as a family in prayer with these French speaking brothers/sisters so that the Schoenstatt Movement will be affirmed, day by day, in their beautiful country, which is so blessed by the Sacred Heart of Jesus and the Immaculate Heart of Mary. 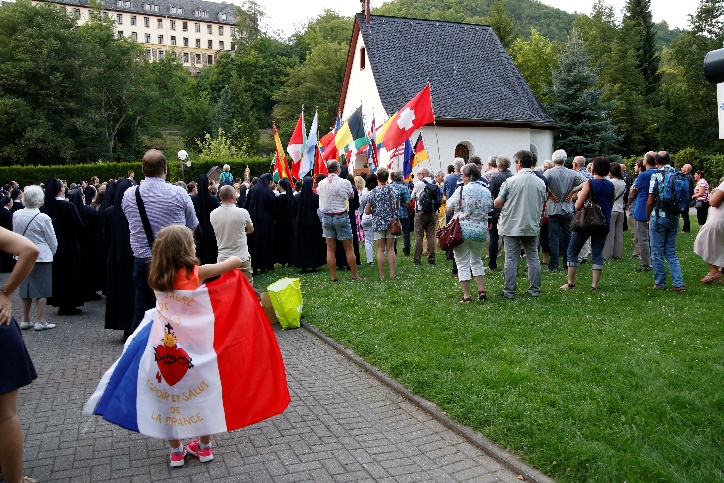