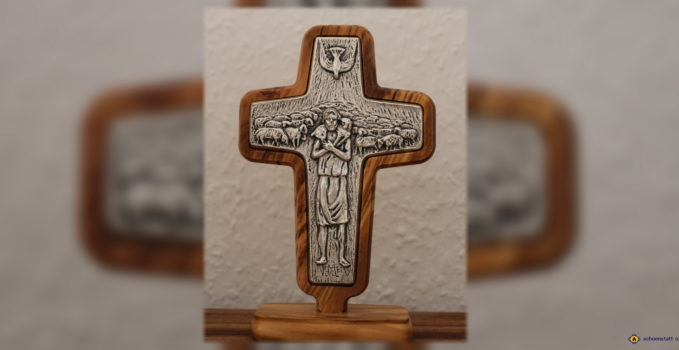 The title of one book could be translated as “Outdated Model”, or it could also be “Setting sail”; the other book is entitled “Living with Mary”. Both are about the Pope from the “end of the world”, the Pope without a doctorate or a career in the Roman Curia, who with his message of mercy creates a holy upheaval in the church – an upheaval that feels like the Holy Spirit after Pentecost. Both books and their messages formed the focal point of the day of recollection for priests and deacons at the beginning of Advent, which took place in the house for priests on Mount Moriah in Schoenstatt. They were joined by a little cross depicting the Good Shepherd that is also filled with the Holy Spirit – the cross that Jorge Mario Bergoglio wore while he was bishop of Buenos Aires, that went with him into the slums of that city and also to the people in government, and that he now carries into the Vatican and the universal church.

Outdated model and Mary the model of the revolution of tenderness

The title “Outdated Model” could mean that the Church is coming to the end of her existence in a post-Christian Europe. Statistics seem to show that this is the case. Pope Francis stands for a different interpretation: The ship of the Church has to set sail out of the harbour of thinking only about herself, and make for the margins of life and society, to those whom life has wounded. Moralising is not on his agenda, but instead he calls for healing. The introduction to the book by Paul M. Zulehner makes this point. Iglesia en salida – the Church setting sail, the church setting out and reaching out – is the key objective of Pope Francis. The very conscious play on words in the title is intended to startle and challenge.

The book by Schoenstatt Father Alexandre Awi, which appeared on the German market in September, also has the potential to confuse. If anyone is expecting a book about Mary and Pope Francis’ encounters with her to be a pious meditation will be surprised. For Francis, Mary is the model for a theology of the people, the poor woman of the Magnificat, and the demand for a motherly Church. It sounds revolutionary and it is revolutionary. “Tenderness is revolutionary: it is the revolution of tenderness” Literally: “In place of a drastic attitude of obsession with morality, Francis emphasises …. the tender bond of love between the call of a loving father, who wants his children to be happy, and the answer of a child who recognises the Father’s love and therefore obeys his wishes” (Awi, p. 172).

A poor Church, a humble and dynamic Church

Starting with the notes of a suddenly indisposed Fr Franz Kraft, Fr Egon M. Zillekens gave to meditations on the subjects Zulehner and Awi highlight about Pope Francis. Fr Zillekens encouraged the priests to love the Church and “to set sail”. He encouraged them to stand to Francis: We look at Pope Francis who sets out on a journey with the Church, like a ship being launched. He quoted: Unless the Church opens herself. If she doesn’t go out and only thinks about herself, she will become old. If I had to choose between a Church that is wounded because of going out onto the streets, and a Church that has fallen ill because she is only concerned with herself, I have no doubt: I would choose the first option.” (Zulehner, p. 9)

He enlarged on the “Catacomb Pact” that took place on 16 November 1965 – which was also Fr Kentenich’s 80th birthday – during the Second Vatican Council in the Catacombs of Domitilla in Rome. A group of bishops signed an agreement by which they accepted the obligation to lead a simple lifestyle and to serve the poor. A few weeks before the end of the Council, forty Council Fathers from all over the world celebrated the Eucharist together and afterwards made their way to the scene of the above-mentioned pact. Among the first to sign were two German bishops: Julius Angerhausen (1911-1990), the Auxiliary Bishop of Essen, and Hugo Aufderbeck (1909-1981), Auxiliary Bishop of Erfurt. “Later a further five hundred bishops from all over the world joined them in this pact. The prime initiators were Hélder Camara, Bishop Guy-Marie-Joseph Riobé of Orleans, and Cardinal Giacomo Lercaro. Some fifty years later there is a Pope who has taken up the objectives of this Catacomb Pact. All this, Fr Zillekens said, reminds us of the talk Fr Kentenich gave on the post-Conciliar mission of the Church and its anticipation by Schoenstatt. On 17 February 1968 he spoke to priests about:

It is very similar to what he said on 8 December 1965 when he symbolically laid the foundation stone for the shrine in Rome. It was to this image of the Church to which Fr Kentenich committed his Schoenstatt.

The day of recollection with the celebration of the Eucharist, time for Eucharistic adoration, much personal time and two spiritual talks offers the priests and deacons time for renewal and re-orientation.

“During both talks the little cross of Pope Francis lay in front of me”, Fr Zillekens related. “All held it for a time in their hands. I told them that in Schoenstatt there is a group that surrounds Francis in solidarity, and that its members have such a cross. It had a really good effect.”

The group surrounding Francis in solidarity started in the “Dream Team” of schoenstatt.org which entered into a “covenant in solidarity” with Francis on 31 May 2013. They simply listen to what he says, understand his gestures, and carry out his wishes, and try to be missionary and merciful as he is. Or to paraphrase a concept of Fr Kentenich (sympathy for God): Sympathy for Francis. Inwardly to take Francis’ side at all times.

This “warms hearts and heals wounds”, as Zulehner points out so clearly. Then no letters from Cardinals, who formerly demanded uncompromising loyalty to the Pope, can upset us.

To the extent that a person tries to be merciful, he or she is holy. Those are the words not of Francis, but of Joseph Kentenich. 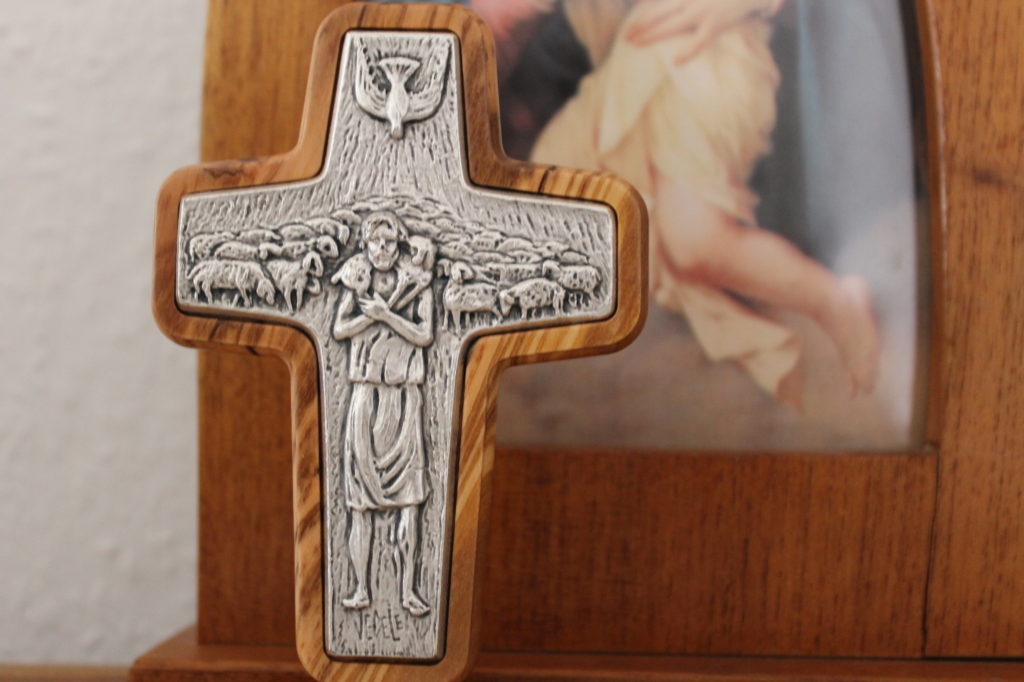 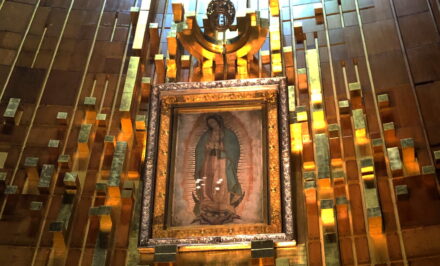