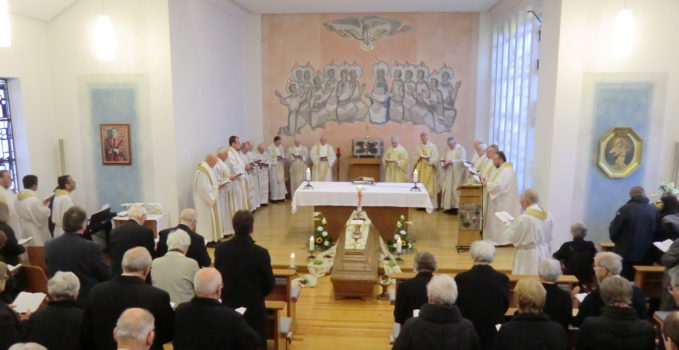 My Life Was an Adventure – Led by our Mother

My life was an adventure – led by our Mother.

Because it was an adventure, I am angry with no one,

I pray for all,

I wish everyone knowledge,

and a blissful death and resurrection.

For all the great gifts you have given me!

Those are the words on the unusual memorial card for Fr Heinz Kuenster given to the people who poured into the specially decorated house chapel of the Marienau, “his” Marienau, in the early afternoon of 8 November for the Mass for his death and resurrection. They took it gladly, not only for themselves, but for many others. It is unusual not only in its format (landscape rather than upright); unusually beautiful with the two photos of the guardian of the Father Symbol in the Original Shrine, and the Father Symbol on its own; unusual because of the simple, powerful message from his Testament through which he again spoke personally to everyone. It was almost as though you could hear him speak in his unmistakable intonation. He is the one who had a chance to speak during this beautiful Holy Mass and the burial that followed – because others spoke about him: Auxiliary Bishop Peters, Fr Zillekens, many who to mark his death spoke about what he had said or written, or who showed what Fr Kuenster meant to them by their mere presence. Many had travelled hundreds of kilometres to accompany him on the last stretch of his way and to honour him. They were not the last, because someone who left such a mark on his surroundings, who had guarded the Father Symbol for the Original Shrine, and Fr Kentenich’s Pilgrim Mother picture, continues to live in our memories and our gratitude, and in many hearts. 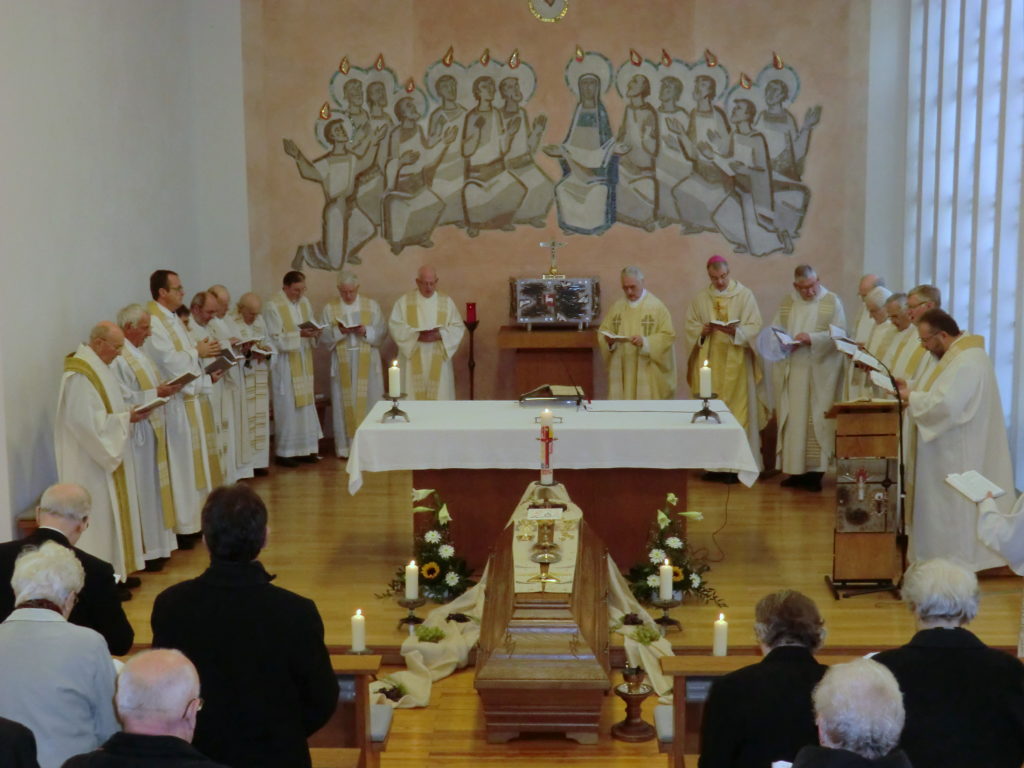 Thanksgiving for 64 years of priestly service

At least twenty priests stood around the altar with Auxiliary Bishop Peters in the house chapel of the Marienau; they stand around the coffin of Fr Heinz Kuenster that was decorated with the symbols of his priestly service. “How I would have loved to come to place our Father’s Pilgrim Mother on his coffin”, wrote Monina Crivelli from Argentina. This precious picture – a gift from Joao Pozzobon to Fr Kentenich, who entrusted it to Fr Kuenster’s care – is with her at the moment. Now she is praying in Buenos Aires at the same time as the mourners gathered in Schoenstatt, and to join with them in thanking with him and for him. “No other place came into question for the Requiem, the celebration of the resurrection, for our dear confrere”, Auxiliary Bishop Peters said, quoting from a conversation with Fr Zillekens. This is what Fr Kuenster had wished for in his Testament. The Auxiliary Bishop did all in his power to be present that afternoon despite other more important appointments. “I am here on behalf of Bishop Stefan Ackermann, to say a personal ‘Thank you’ for the faithful priestly service Fr Kuenster has given the Church of Trier for 64 years”, he said. The day of his death between All Saints and All Souls is a wonderful sign that his priestly life spoke of Jesus Christ. 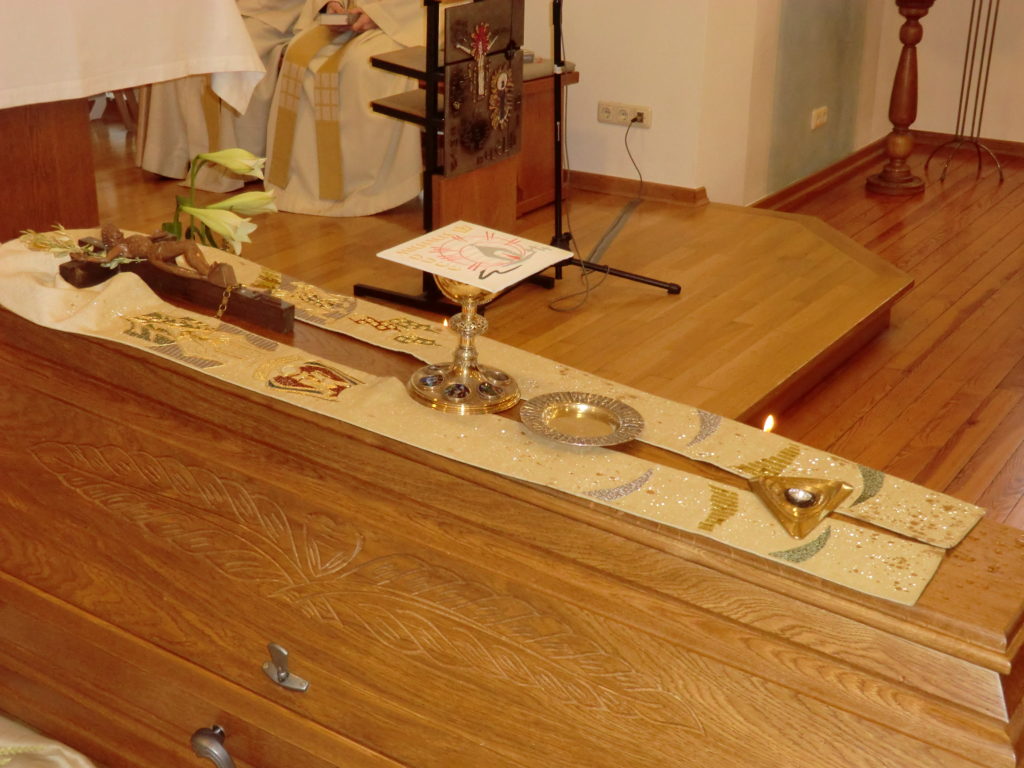 The secret of his life: Led by our Mother

Starting with Fr Heinz Kuenster’s Testament, which is included in the brief biography, copies of which were placed with his memorial card at the entrance to the chapel, Fr Zillekens spoke in his sermon about a very distinctive point in this long and fruitful life, which the departed had described as an adventure:  “This unity between heaven and earth, between all that is human and the reality of supernature.

If we were to describe Fr Kuenster, we could say: He was an independent and very individualistic person, he knew what he wanted and acted accordingly, he knew life and set his own priorities, he went through life, but not without difficulties and wounds, nor did he live above the clouds; yet all this doesn’t quite describe him.

There was something else, which I would cautiously call “his secret”, which he personally discovered step by step, as some of us were allowed to know, and which he called in his Testament “led by our Mother”.

Before that he had highlighted the personality of Fr Kuenster, a great prayer, good confessor, as revealed in the spontaneous testimonies and letters of condolence, as well as comments via the internet. As we listened to them and re-discovered our own picture of this priest in so many of them, and thought of others: “But also that …” That also touched upon the secret and the adventure, including this final adventure of death, to which Heinz Kuenster, as he wrote in his Testament, had been looking forward.

“If we were to ask Fr Kuenster: What did you think of the resurrection of the dead? What did you experience after the adventure of your death?

He would perhaps answer: 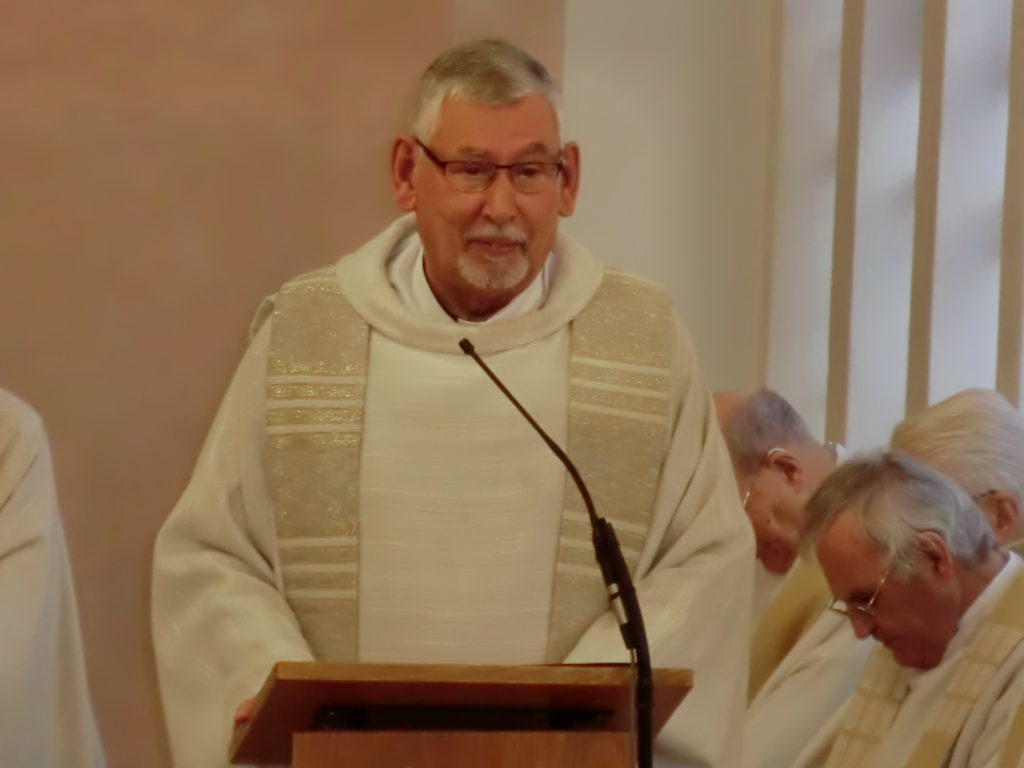 Once more to the Shrine

After Holy Mass at the place and in the way Fr Kuenster had wished for (“not in deep mourning”), his coffin was again brought to the Shrine. Nothing else would have been possible. And since even the heavens didn’t want to let Fr Kuenster down, here at the shrine and afterwards at the Vallendar Cemetery, he was greeted with radiant sunshine, quite uncharacteristic for German November.

Many remained afterwards for the reception in the Marienau where the area outside the house chapel was rapidly transformed into a dining room. People reminisced, laughed, and met many friends. It was as though he was in their midst, smiling, perhaps also sometimes frowning, with advice, a joke, a blessing.

If a large contingent from a parish, where he had worked thirty years before, comes to a funeral, and someone from the parish still talks enthusiastically about “their” parish priest, who had done so much, who had opened doors, changed things, and admits that he had tears in his eyes during the sermon, we can talk of a rich priestly life.

The 8 November will go down in history as the day when Donald Trump unexpectedly, and to the dismay of many, was elected President of the USA. It remains to be seen what it will mean. However, the 8 November will definitely go down in Schoenstatt’s history and beyond as the day when many local people, and from far beyond, remembered the adventure of a rich life “led by our Mother”. It has become a gift and task as we follow “our Lord Jesus Christ”, as Fr Zillekens said, “who has gone before us on the path of faith, on the path into life, into the resurrection, and who has opened for us all the gates of life.

we are still faced with this adventure.” 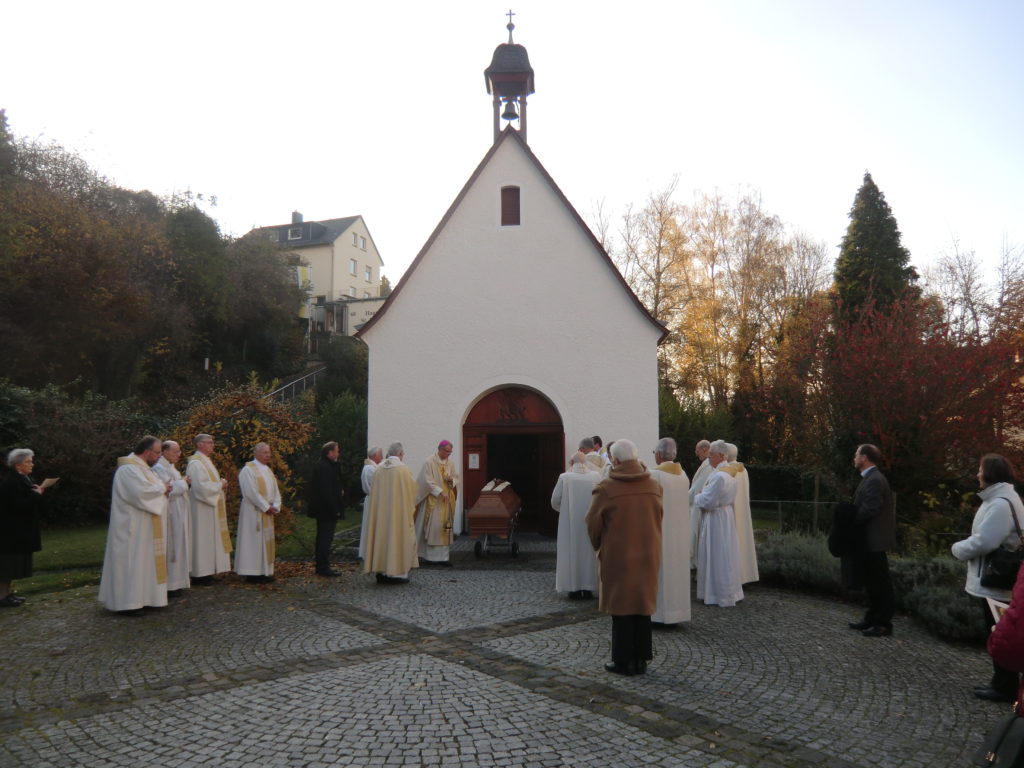 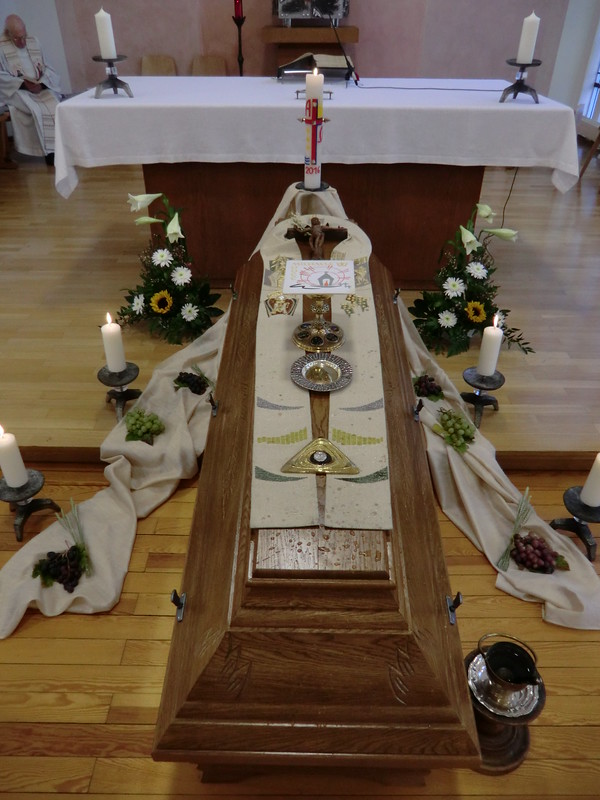