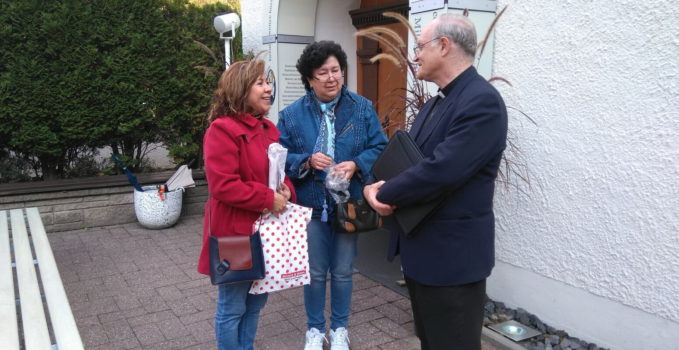 Unexpected encounter at the Original Shrine

It is not even news that this group started its meeting in the Original Shrine to ask, as Fr. Juan Pablo said, for the “grace of the great communicator, the Holy Spirit.”

Pure and real life from the Original Shrine

So, let’s start again: Fr. Juan Pablo was in the Original Shrine and as he was leaving… now we have a story, because it is life, the pure and real life in this place of grace. As he was leaving, just after the prayer, Fr. Juan Pablo found himself at the heart of the pastoral work for the Original Shrine. Two Paraguayan women from Asunción asked him, with a simple gesture, to bless some rosaries and pictures of the Blessed Mother  they had just bought. When he not only blessed the objects, but also the ladies themselves and their families, they asked him with joyful surprise: “You speak Spanish?” “Of course, I’m Argentinian,” he told them.
The schoenstatt.org representative, hearing these first words quickly switched into communicator mode and took a photo of the meeting in front of the door to the Shrine. “Can I publish it?” she asked them. And added: “Are you from Asunción, is this the first time you’re in Schoenstatt?”and at this point one of the ladies interrupted her.  “I know you, I am from the Pastoral of Hope, I was at your talk to the group, it was the best, the best talk I have ever been too, it did me good, it’s true, are you Maria Fischer? “Yes…” the rest is a Paraguayan greeting, a little noisy, the promise to see each other again in 2017, and a few words about the Pastoral of Hope….

Someone from the Administrative Council took a photograph of the four of them together, before the two pilgrims left the Original Shrine contented. 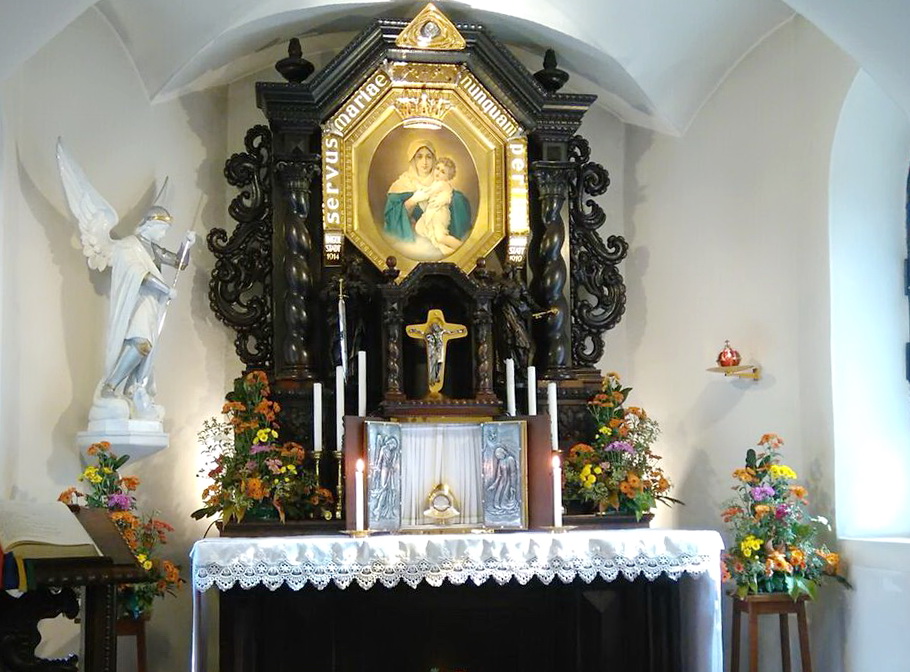 The gift of being there and spiritual pilgrims

This simple story inspired a lively exchange that later continued at House Marienau, focusing on pilgrims to the Shrine. Many come physically and seek out a personal encounter with the source of grace for all,  the living centre of the entire Schoenstatt family, but 90% of Schoenstatters are spiritual pilgrims, who will never be able to be in the Original Shrine that  they long to see, touch, feel, feel close and be remembered. Fr. Egon Zillekens mentioned that when he is responsible for the night blessing, he always reminds those who are present of the gift of being there and the task they have to present the shrine to all those who will never be able to go to the Original Shrine.

Professional and passionate service to the Family

Everything that is done via the various means of communication is clearly a service to the Original Shrine, but it is so much more than this.  It is the disinterested personal, professional, close, and passionate service to the International Schoenstatt Family. Having renewed this commitment, schoenstatt.org left the meeting to continue its mission. 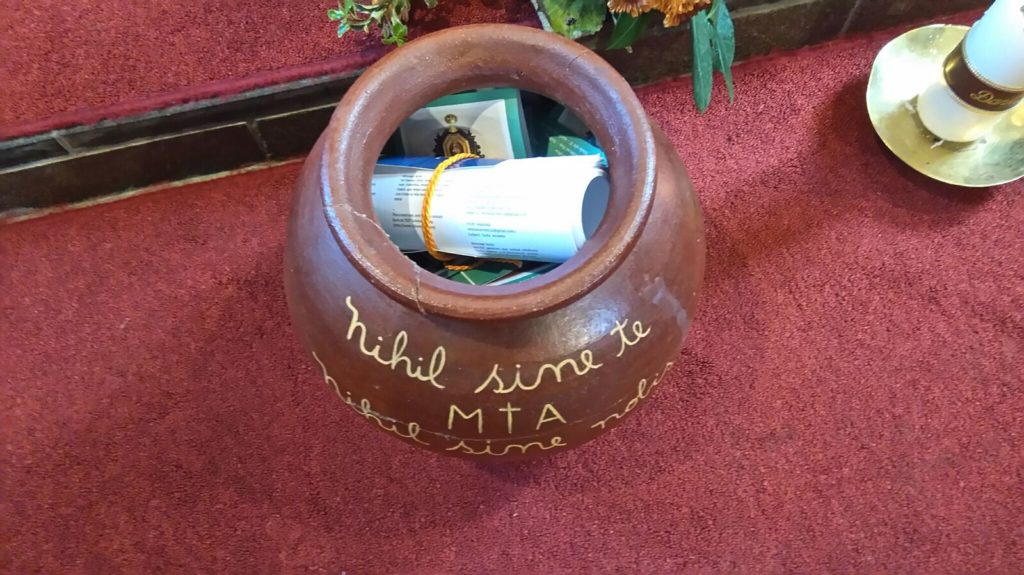