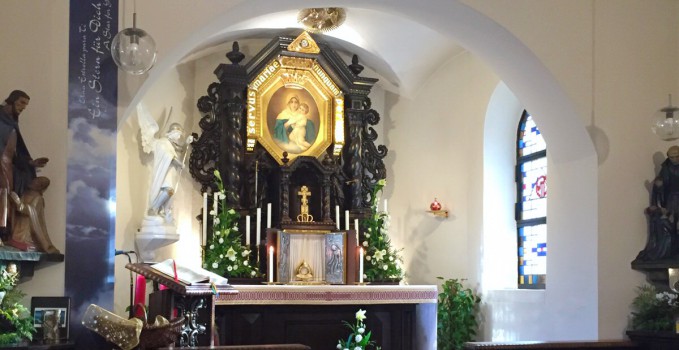 On Sunday, 13 December, after the usual Sunday Mass in the Pilgrims’ Church (10:30 a.m. local time), the Holy Door of Mercy was opened at the Original Shrine. Fr. Juan Pablo Cattoggio, President of the Schoenstatt General Presidency, celebrated the Holy Mass and the opening of the door. There was a live transmission by Schoenstatt TV.

There has never been a Holy Year in history with so many holy doors throughout the world’s dioceses. When Pope Francis convoked the Jubilee in his papal bull “Misericordiae Vultus (MV) (The face of Mercy), he wanted this year to be dedicated wholly to the Mercy that God the Father along with the Son and the Holy Spirit manifests to man, to all men, believers or not.

All men should have the opportunity to know God’s Mercy in this Jubilee, a God who forgives, who loves and who goes out of his way for his children that will depend on our apostolate. 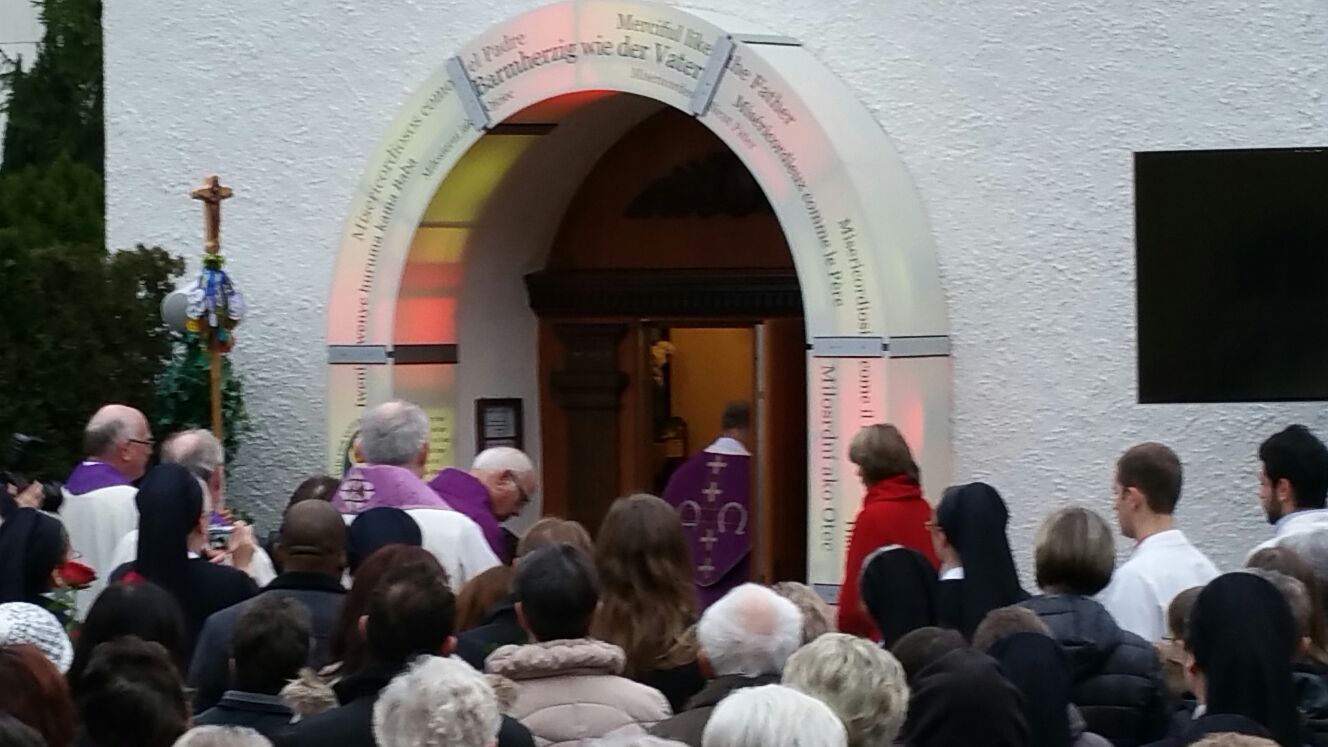 But it does not remain there…The Holy Father wants to open a “holy door” of mercy, month by month; not that of a cathedral or of any shrine. It is about opening doors of dining rooms for the poor, the doors of jail chapels, and of hospitals.

We can also open these doors by becoming a Schoenstatt that reaches out, or concretely by becoming Schoenstatters in a missionary and merciful reaching out…through prison ministry, building solidarity houses, opening doors so that children can go to school as we do through Dequeni or who leave the street to a home as Maria Ayuda [Mary Helps] does, by the Campaign’s visit to hospitals like IPS in Ausnción, by welcoming refugees at Mercy House in South Africa or in Home Shrines that are open to families, who left everything to flee violence, bombs, violations and yes, poverty and hunger.

“May the Jubilee of Mercy bring the goodness and tenderness of God to everyone.” (Pope Francis, 8.12.2015)