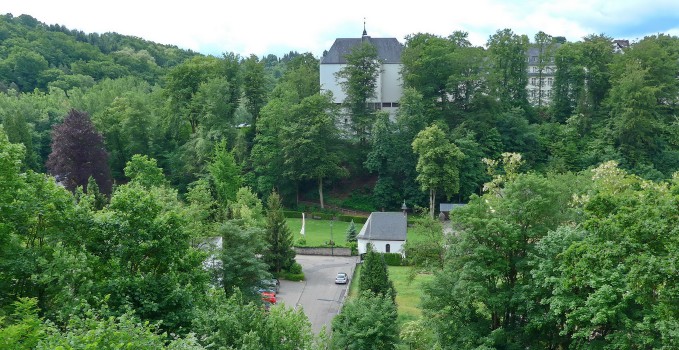 Around the Original Shrine

Those who came to Schoenstatt during the week this September usually had the possibility of spending an extensive time of quiet and prayer in the Original Shrine, and even at times a “private audience”. At this time there aren’t so many pilgrims coming here. However, what arrives day after day are the letters and messages from people all over the world to the Original Shrine – quietly, unnoticed by those who live here, but persistently and with great trust. The Original Shrine lives from the love of its visitors, including its virtual visitors. Since schoenstatt.org has until now not found anyone who has made it their favourite task to report on life at the Original Shrine for the international Schoenstatt Family, we are curating here some reports from various German websites (Pilgrims’ Centre, schoenstatt.de).

At the beginning of September a group of women belonging to the Mother’s Union and Mother’s League visited Schoenstatt from South Africa. Many had been here a number of times before. “We didn’t want to come to the Jubilee last year, because it was too expensive and there were too many people”, Sr Marian Dunn said, “so we have come now.” 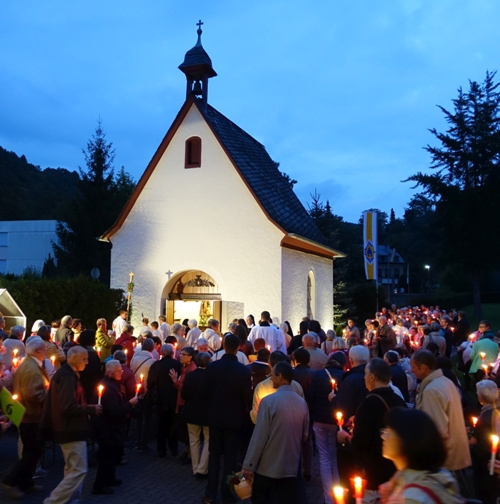 The internet website of the Schoenstatt Pilgrimage reported that last weekend there was a big pilgrimage from the Archdiocese of Freiburg in Schoenstatt. “One year after Schoenstatt’s big Jubilee the pilgrims from the Archdiocese of Freiburg came to thank for all the Jubilee blessings. They confirmed, ‘Mary our Mother let us go with you’. ‘Almost 650 children, youth, men and women from the Archdiocese set out on Saturday 19 September 2015 for Schoenstatt. They were joined by a few hundred other pilgrims on Sunday in order to celebrate Holy Mass in the Pilgrims’ Church with Archbishop Emeritus Robert Zollitsch. In his homily the Archbishop took up the words of Pope Francis to the Schoenstatt Movement during their Jubilee Audience in 2014, ‘Christians have no right to feel orphaned. The have a Mother. We have a Mother’” (Pope Francis, 25.10.2014)

The editorial team of schoenstatt.org have already asked Archbishop Zollitsch for the complete text of his homily, and it will be published on our website as soon as it is translated into English.

On Saturday 25 September a pilgrim group of the Freiburg Cathedral Choir visited Schoenstatt on its way to Kevelaer.

A group of Philippine Christians living in Germany came on pilgrimage to the Original Shrine on 5 September. 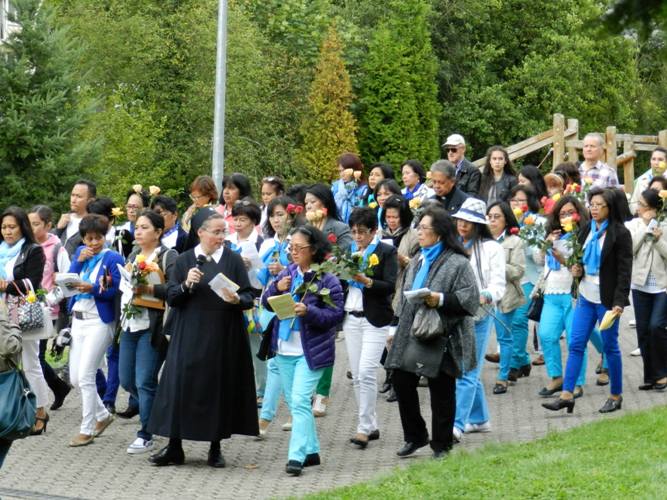 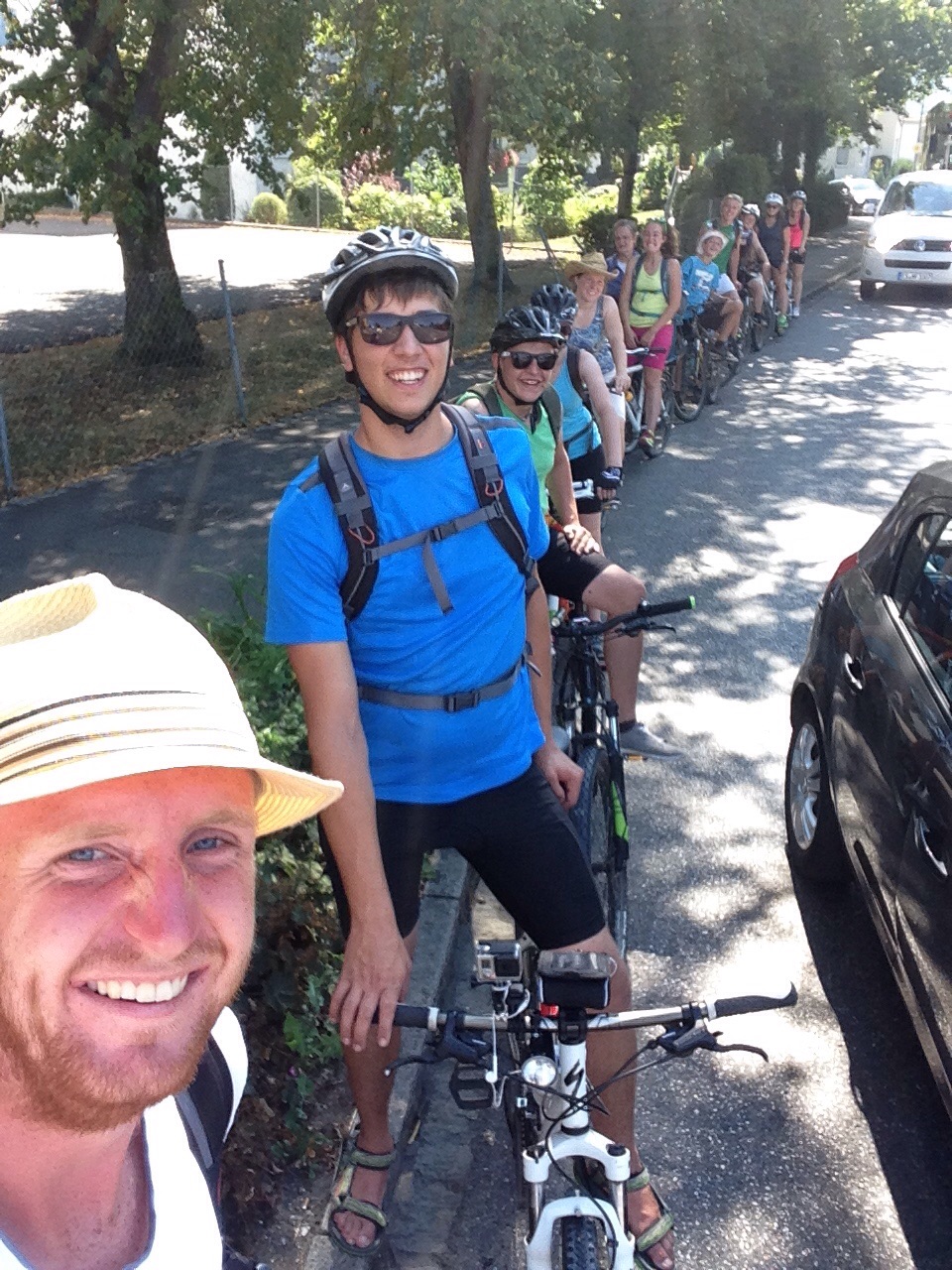 About 800 guests arrived to attend the Clothing Ceremony of five young women who have joined the community of Schoenstatt Sisters of Mary. The youth from the Augsburg Diocese made a very original entry – they cycled from the shrine in Memholz to Schoenstatt.

“Just like every undertaking, our bicycle tour/retreat didn’t go without some hitches. For example, some chains came off, the handlebars were too low, tyres went flat and had to be repaired, before we could go on. “Thanks be to God we had Corbinians in our team who worked during the breaks, and even late in the evening, so that we could go on,” Sarah Immler reported. “We are fine and the expectation of meeting our common Mother and our goal is growing all the time.”

“On 18 September Auxiliary Bishop Michael Gerber of Freiburg was the main celebrant at the covenant celebration. The celebration was strongly influenced by the unceasing flow of refugees who were on the way to Europe, and particularly Germany. A visible sign of the suffering of many refugees was a “Lampedusa Cross” which Bishop Michael brought with him from the plenary meeting of the German Bishops’ Conference in Fulda so that it could be present in the Pilgrims’ Church and the Original Shrine”, the Pilgrims’ Centre reported.

On 19 September there was a “Family Festival” at the Shrine of the Families”. It is an ancient tradition with a new name, schoenstatt.de reported. After two years’ break on account of the Jubilee, it was started again, although not as in the past called “Shrine Festival”, but “Family Festival”. The climax of the Family Festival was the premier concert of the singer-songwriter Wilfried Roehrig. Together with his musical partners, Armin Jan Sayed and the singer and guitarist Carolin Ankenbauer, he presented the songs of their new CD “Carry me – love songs” for the first time.

On 22 September 2015 the German Presidium of the Schoenstatt Movement elected Fr Ludwig Guethlein the new Leader of the German Movement for the coming six years.

schoenstatt.de also reported that the Sisters of Mary have sold the “Wildburg” in Vallendar to an investor who will build owner-occupied flats there. The newer building, which had housed the boarding school of the Marienschule, will be demolished, while the historic building will be renovated.