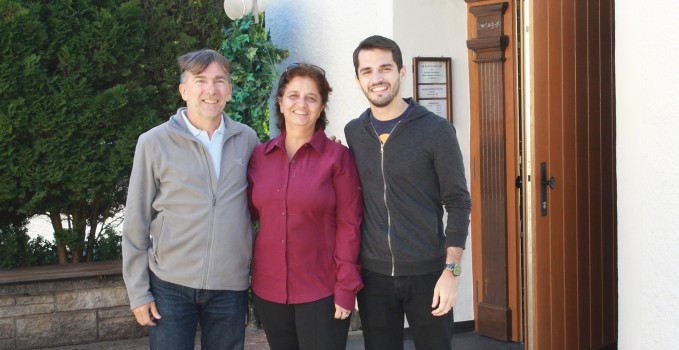 Encounters around the Original Shrine

One cannot be in Schoenstatt even for a few hours without encountering other people. When they bid farewell, they usually comment: “We certainly did not come to visit buildings; but people instead—the Blessed Mother and her children.”

After going on pilgrimage for several days on the Camino de Santiago de Compostela [The Way of St. James], Beto Ortiz and Lena Barrios along with their son Guillermo, who is an exchange student in Germany, arrived last Friday to visit Schoenstatt. As soon as they arrived at the Original Shrine, they met with a group of people from Brazil—three couples and a young girl who had asked to come to Schoenstatt as a gift for her fifteenth birthday. 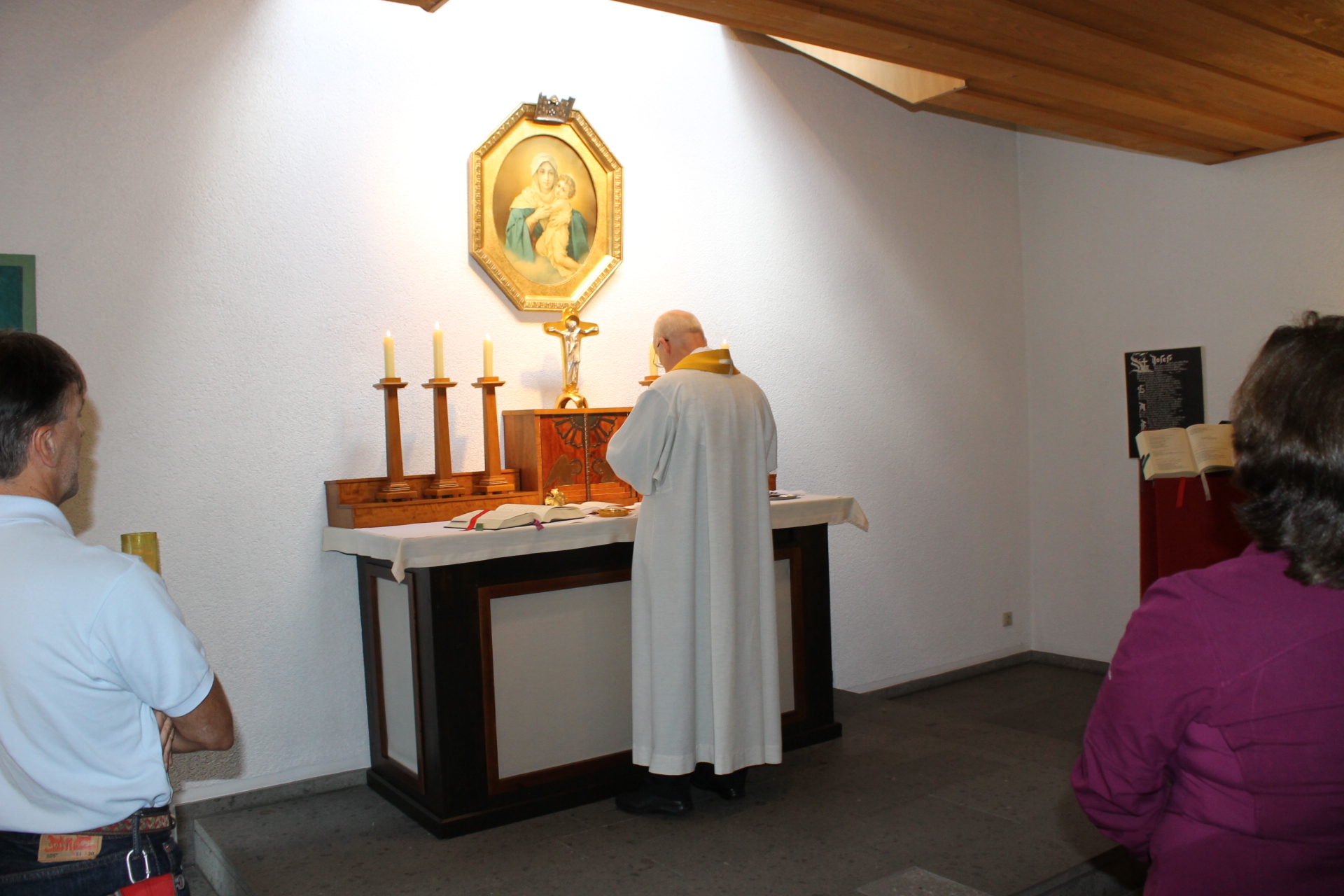 Mass in the Karl Leisner Chapel

After taking some souvenir photos and on the way back to the car, they met three priests: Monsignor Peter Wolf, Superior General of the Institute of Diocesan Priests, Archbishop Ignazio Sanna of Orestano, Italy, and Fr. Rainer Birkenmaier—who are all course brothers spending a few days together in Schoenstatt. In answer to a simple question about the possibility of visiting the Karl Leisner Chapel on Mount Moriah, the priests advised them to go before 11:30 when they would be celebrating Mass. The Paraguayan pilgrims asked: “Could we participate in the Mass?” Thus they received an unexpected gift of invitation not only of visiting the chapel but also getting to participate in the Mass.

After visiting Mount Moriah house and enjoying the beautiful view from the Shrine’s square toward Mount Zion and the Rhine Valley, it was time for Holy Mass—celebrated at the altar from Barrack 26’s chapel, where the priests along with Father Kentenich, who were prisoners in the concentration camp of Dachau, celebrated the Holy Mass. It was also at this altar where Karl Leisner was ordained as a priest and celebrated his first and only Mass where Jesus truly became present in the midst of the misery and injustice of Dachau…

Whatsapp made it possible; during lunch they received a message from Fr. Tommy Nin Mitchell, National Director of Schoenstatt in Paraguay, informing them of his arrival to attend the General Chapter of his community in Schoenstatt on the previous day. “We are having lunch at Höhr-Grenzhausen, and we hope to be invited for dessert at Mount Zion,” Guillermo Ortiz replied—and he received the invitation. It was a brief, surprise encounter, and even before having coffee some selfies were already circulating on social networks. This was a cause of great joy for José Argüello from Paraguay, who had given Fr. Tommy two envelopes with souvenirs of Pope Francis’ visit to Paraguay for friends of the Schoenstatt “Dreamteam” in Spain and Germany without any idea that in less than 24 hours of Fr. Tommy’s arrival to Schoenstatt, they would already be on their way to their recipients. 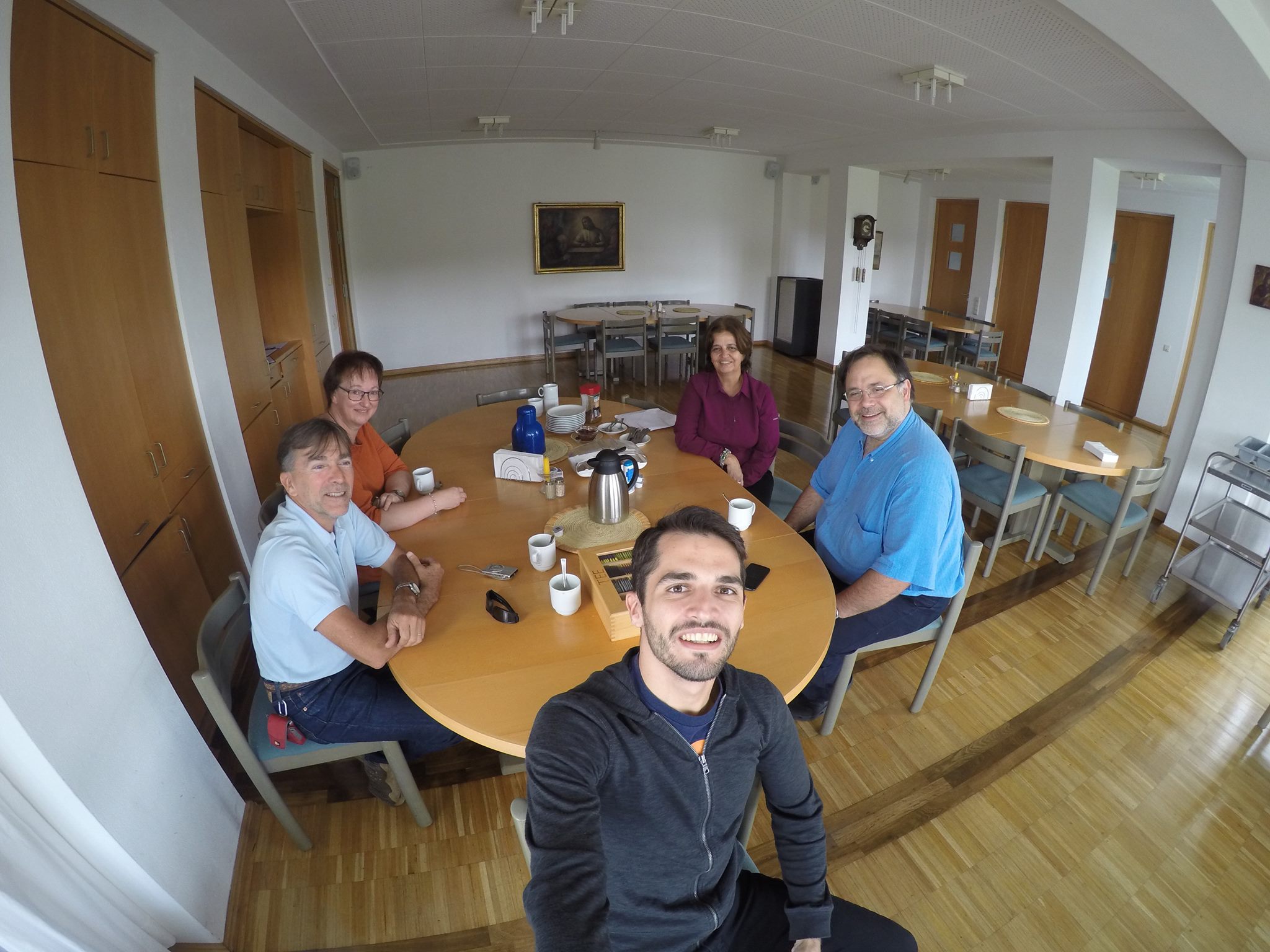 Do you remember the visit of Father’s Pilgrim MTA to Ciudad de Este? What a question! Stories about those days were immediately shared, especially the one about a young missionary who took a vacation day in order to be at the Shrine at the time of bidding farewell to Father’s Pilgrim MTA, to touch her, and to hold her in her arms for at least once in her life.

To conclude the visit to Schoenstatt, the Ortiz went to House Marienau to visit the hall where on March 19, 1968; Brother Arendes presented Father Kentenich with the Pilgrim MTA that Joao Pozzobon had sent to him. From there, they went up to the first floor to Father Kentenich’s room. “Can the table be touched?” “Of course.” “These chairs…?” “Yes, they are from Father Kentenich’s time.” Then the visitors sat there, on that day, the visitors from Paraguay sat there. Father’s Visitors… “Is this the kneeler that he used?” “Yes.” “But can it be touched?” “Yes.” “Can we kneel?” “Of course…”

What is missing in this room of the “father, who is open” is the Pilgrim MTA who is still on pilgrimage in Buenos Aires at this time. But in a certain sense, her absence is a re-encounter with her; it is a reliving of the moments of grace of her visit to Ciudad del Este… 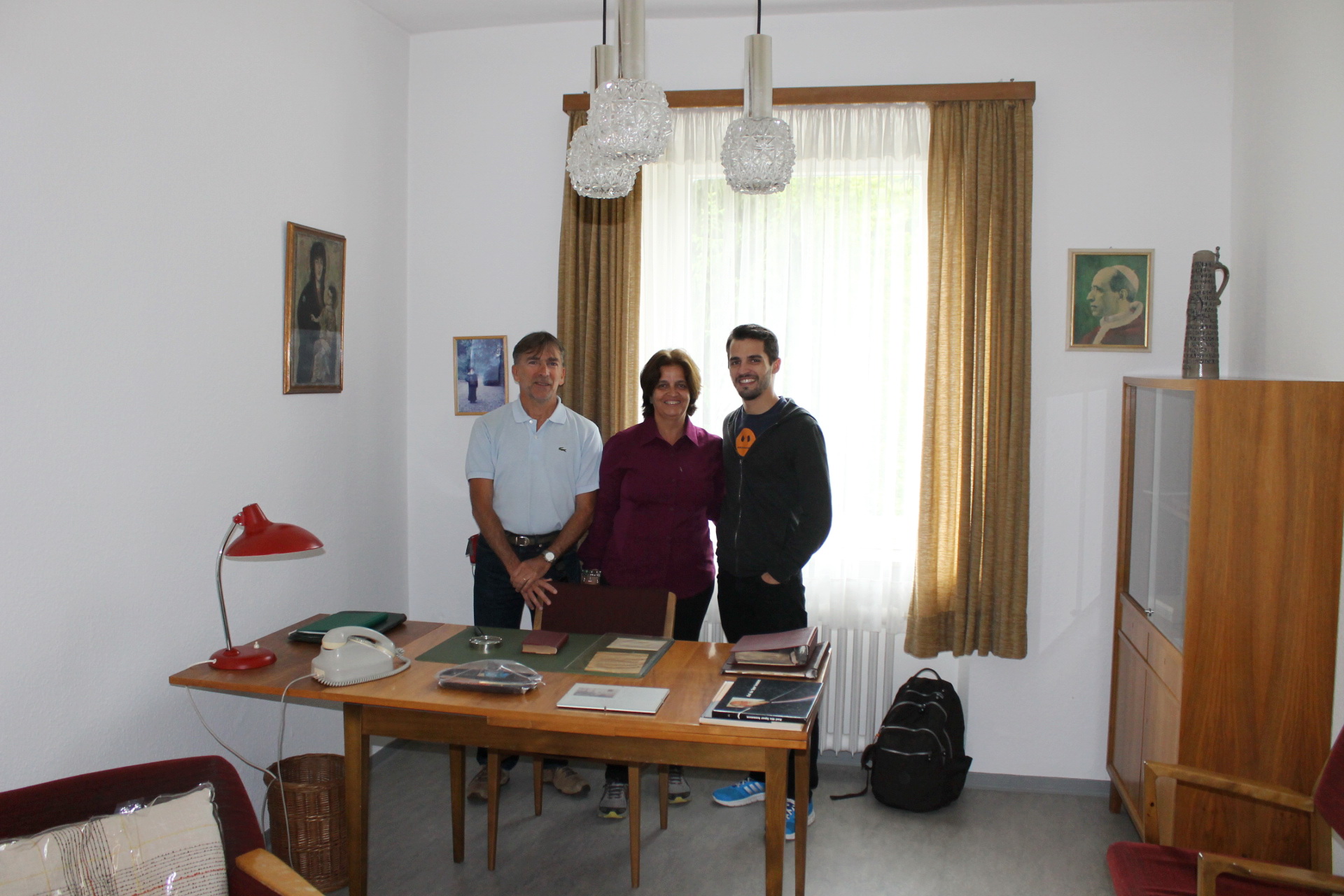