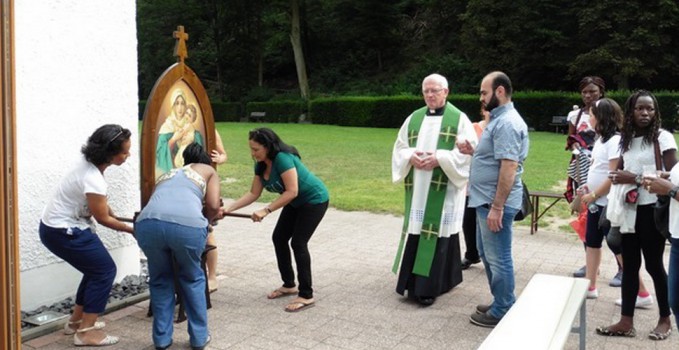 Beside me a Syrian, a Muslim, holding a candle…

“I could never have dreamed it possible …” Fr Franz Widmaier exclaimed as his dream came true on Sunday near the Original Shrine.

On 22 and 23 August an international Festival with live music, an international market, typical food specialties and a concert of world music took place at the Pilgrims’ House in Schoenstatt. … The aim of the festival is to bring together the whole variety of different nations. There is a colourful programme of art and culture, live music and culinary offers”, the announcement stated.

“This afternoon I was in our house where the refugees are living and invited the young men to attend. The Syrians and some friends who were visiting, and most of the men from Afghanistan, went along. Abedin (not his real name) played his instrument and sang.” Right in the middle of the festival, they were simply there as though they belonged. It was no pretence; they did belong. They also wanted to be there and in this way show their gratitude. When friends celebrate it is a sign of friendship if you join in. 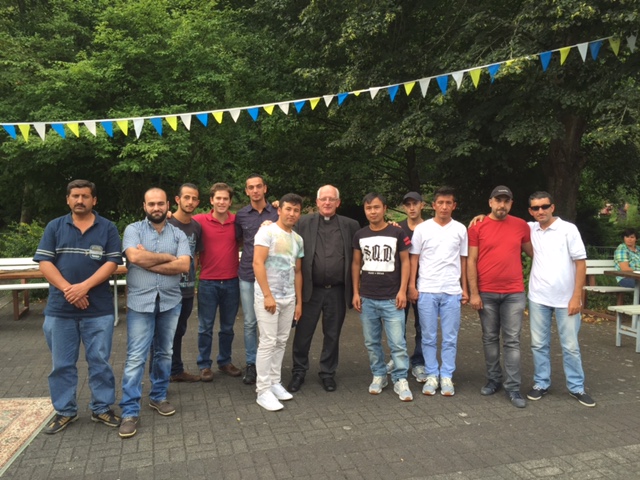 At the Original Shrine

“The festival ended when we went in procession to the Original Shrine with a big picture of the Blessed Mother, so that we could pray for peace there”, Fr Widmeier continued. “Beside me a Syrian, a Muslim, holding a candle. So were the others in the group. They were with people from many other nations – from Africa, Latin America, Philippines, Indonesia … at the Original Shrine. I wonder what our Muslim friends were thinking …” 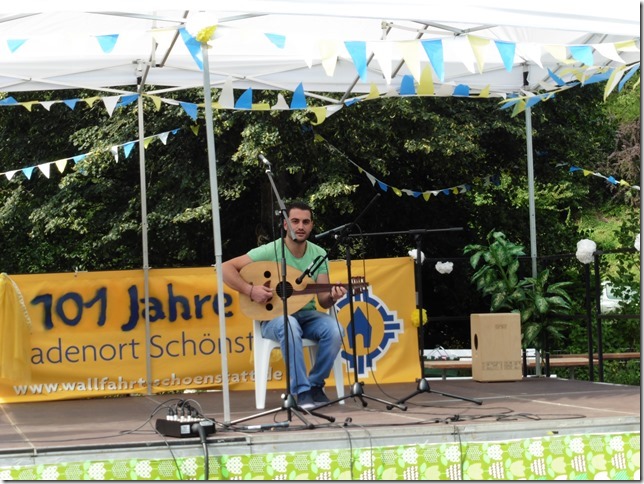 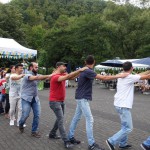 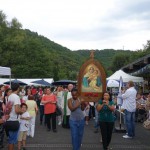 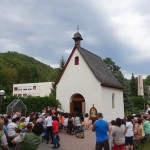 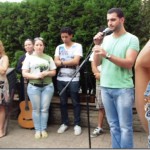