55 18th ’s until the centenary of the Covenant of Love 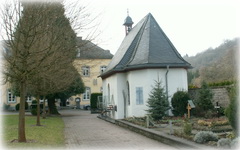 mkf. 55 18th ‘s until the centenary of the Covenant of Love (1,674 days, one hour and 39 minutes until October 18, 2014). On March 18, 2010 the International Schoenstatt Family gathered once again around the Original Shrine renewing this life in the Covenant that surged to life almost100 years ago, and “this act of Father Kentenich’s silent faith and that of a small group of sodalists continues to surge – the fundamental event of October 18, 1914 in the Original Shrine,” as Message 2014 explains.

This 18th at Schoenstatt was experienced as the first spring-like day with sunshine and nice temperatures- it was a joy after such a long time of winter cold. Covenant Day began with the morning Mass in the Original Shrine (the taped Mass can be seen at mediatech at www.schoenstatt-tv.de). Based on the readings of the day, Father Egon Zillekens, Rector of House Marienau and of the Federation of Diocesan Priests, invited everyone to recall how God at all times offers his covenant to man, and how after every rupture of the covenant on our part, God offers us the covenant again. At the end of the Mass, he blessed the pictures of the Blessed Mother that will be taken to Ghana. 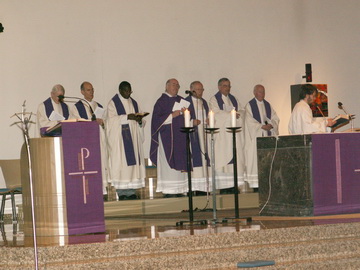 During this Mass, we again prayed for the Schoenstatt Family from Chile, and all the victims of the devastating earthquake on February 27th. In all Chile’s Shrines, there is a map of the country and the Schoenstatt Shrines in the country with the inscription: Pray here for Chile and bring your help. This poster is also in the Original Shrine as a sign of solidarity. There are so many testimonies of commitment and giving of self by so many brother and sisters in the Covenant in Chile that were seen during these weeks (thinking only about the articles in schoenstatt.de), there are so many signs of solidarity, prayer, and help offered by the worldwide family – from New Zealand to Canada – all of this could be taken on this 18th of March to the world’s Shrines and wayside shrines – in gratitude and “holy pride” to belong to such a family. 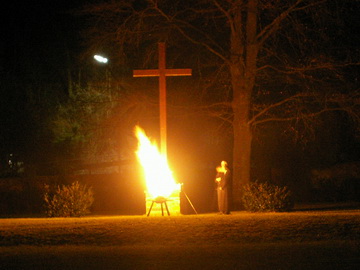 During the Covenant Mass in the afternoon, prayers were also said for Chile, for Haiti (we do not forget the small Schoenstatt Family in this country), and for all the victims of sexual abuse, a subject that has created such great pain in Germany during these last few weeks.

When everyone gathered around the Shrine at 9:00 to renew the Covenant and to be spiritually united with the entire International Family, we felt that network, the Covenant of Love, this Covenant of Love which in only fifty-five 18th ‘s will be 100 years old.

“How beautiful Schoenstatt looks as Spring begins! I was watching the Mass in the Original Shrine, and I always feel I have butterflies in the stomach. How I wish to return!” wrote Silvia Losada from Tucumán.

A virtual visit at Father’s tomb

On March 19th, the Feast of Saint Joseph and Father Joseph Kentenich’s feast day (and that of so many Schoenstatters in heaven as well as on earth), it was possible to virtually visit Father’s tomb, throughout the day via www.schoenstatt-tv.de. It was a great joy especially for all those who have never been at this place. Another gift was the launching of a DVD called “Father Joseph Kentenich -Holy Mass in the Exile Shrine,” composed of video clips of several Masses celebrated by Father Kentenich in the Milwaukee Shrine. It is a treasure for this year’s celebration of the centenary of Father Kentenich’s ordination. (It is availabe via www.schoenstatt-tv.de, [email protected], for a donation of 20€ plus postage). 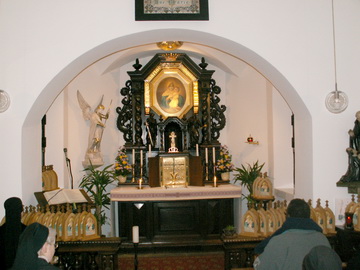 Last week, Sister Luz Maria from Chile returned to her country after working in Schoenstatt for almost three years with the program, “Some time at the Original Schoenstatt” for the Girls’ Youth. On March 23rd, Sister Ivonne Maria from Ecuador, returned to her native Ecuador after seven years at Schoenstatt just in time to join the celebrations for the 50th Anniversary of Schoenstatt in Ecuador.

The “new faces” at Sonneck, the center attending to pilgrims from countries outside of Germany, are for now: Sister Isabel from Brazil, Sister Maria Andrea from Ecuador, and Sister Margarite from the United States.

On March 23rd, a new collaborator for the Press Office arrived at Schoenstatt: Jorgelina Jordá from San Juan, Argentina, a social communications’ student, who will stay for several months working on everything that “attaches the world to the Original Shrine.”