What to visit in Schoenstatt 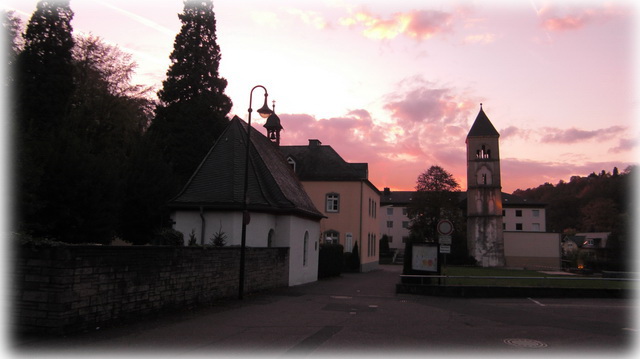 The Original Shrine is always the first place to visit, followed by the tomb of Father Kentenich in the Adoration Church. If you are able to spend more time, you can plan your pilgrimage through this town which belongs to Our Lady.

Choosing which places to visit depends on the length of your stay in Schoenstatt.

It is important to know that, contrary to what some people think, Schoenstatt is not a building but a village, stretching across the valley that gives the Schoenstatt Movement its name (beautiful place) to the easternmost part of Vallendar and Westerwald. Schoenstatt is surrounded by four hills dividing it into three different areas (accessed by the three roads – Höhrerstrasse, Hillscheiderstrasse and Wambachtal) with its respective streams that meet in the valley and flow on to the Rhine River. The movement has extended from the valley where Mother Shrine is located to these hills and Schoenstatt’s history has given them their names: Mount Schoenstatt (in the east), Mount Regina and Mount Nazareth (towards the north), Mount Sion and Mount Moriah (in the south). The main houses belonging to the various communities of which the movement is comprised and their respective shrines and unique characteristics can be found on these hills. 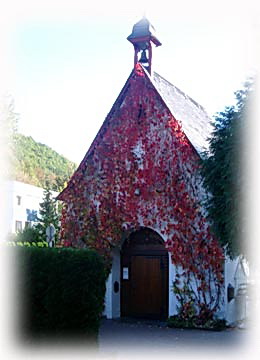 The heart of Schoenstatt beats within these walls. Everyone who “comes home” prepares their own heart for a personal encounter with the Mother Thrice Admirable, Queen and Victress of Schoenstatt.

The chapel that gave origin to the Schoenstatt Movement was once dedicated to Saint Michael. Its existence is first mentioned in 1319. It was plundered and destroyed twice but was later rebuilt in 1681 and in 1812.  The building as we know it today, dates back to the second reconstruction.  At the time, it is thought that it a was used as a cemetery chapel.

In 1914, almost two years after Fr. Kentenich became the spiritual director for the young minor seminarians, he used it as a meeting place for a group of students who were striving for a different way of living.  Fr. Kentenich asked for the use of the abandoned chapel once dedicated to Saint Michael. The superior agreed and the young boys began to restore the chapel, which they started to use in August of that year.

Meanwhile, the idea that gave birth to this place of grace was maturing in Father Kentenich’s heart. World War I had already started, posing great danger and a challenge for the young students. A newspaper article about the Marian shrine in Pompeii, Italy inspired Father Kentenich to propose a “favourite secret idea,” a “daring thought” to the young men on October 18, 1914: he invited them to seal a “covenant of love” with the Blessed Mother and to invite her to dwell spiritually in this small chapel converting it into a place of pilgrimage and a place of grace. History has proven that Father Kentenich was not mistaken in the interpretation of God’s plans. The talk he gave at that time is now called the “Founding Document.”

On July 9, 1947, Pope Pius XII granted a plenary indulgence to all those who would visit the shrine as pilgrims and who fulfill the necessary requirements.

There is daily adoration of the Blessed Sacrament in the shrine. Christ and Mary are always at the center.

For groups, there is the possibility of reserving the Original Shrine to celebrate mass in the morning until 12:00 AM.

History of the Original Shrine and other information: www.urheiligtum.de

Church of the Most Holy Trinity / Adoration Church 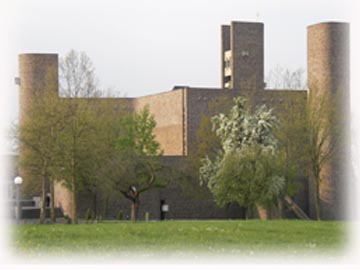 Fr. Kentenich and the Family promised to build a church in honor of the Blessed Sacrament if God, though the Blessed Virgin, protected Schoenstatt against the Nazi threat. The fact that none of the houses in Schoenstatt were destroyed by the war is a sign of her protection. In 1960, architect Alexander Von Branca drew up the plans and two Sisters of Mary designed the stained glass windows and interior symbolism of the church. On 9 June 1968 on Trinity Sunday, Monsignor Stein, the bishop of Trier, consecrated the church.

In 1967, the Founder described the Church in these words: “Our church is a castle of God which wants to be the home of the Triune God. There the Triune God lives and reigns – the Father, the Son, the Holy Spirit. And where they are, the Blessed Virgin is also. This is why in our Trinitarian cathedral, the Mother of God also has a place of honor as the Thrice Admirable Mother, Queen and Victress of Schoenstatt.”

The seven structures in the fountain that can be found outside of the church, upon which the cross is raised, symbolise the Church’s sacraments, the “streams of living water” (cf. John 7:38) that arise from the cross. 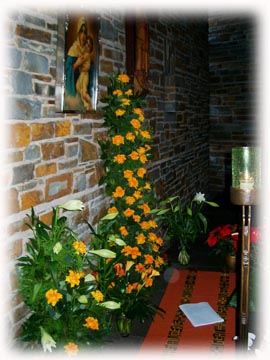 On the morning of 15 September 1968, Fr. Kentenich celebrated his first and last Mass in the Adoration Church. After the Mass at seven in the morning, he returned to the sacristy and died of a heart attack. A small reddish carpet with the inscription: “the way leads heavenwards” shows us the exact place where he rested eternally.

On 20 September his mortal remains were placed in the sarcophagus that was built over the place where he died. Over his tomb are the words that he wished to have as his epitaph: “Dilexit Ecclesiam” (He loved the Church).

The process for his canonisation was opened in the Trier Diocese in 1975. Here, in a very special way, we are able to feel something of the founder’s fatherly and prophetic personality.