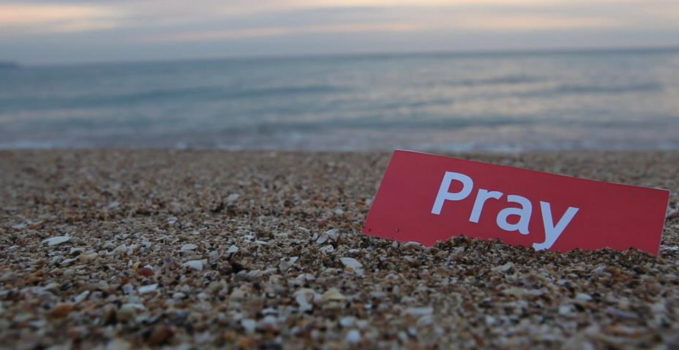 The network that prays to change the world

For over five years, Schoenstatt.org has hosted a service that imitates Fr. Kentenich’s initiative in the early years of Schoenstatt, the beginnings of a  Schoenstatt that goes out, specifically to the World War I trenches, making it possible for prayers, thanksgiving and commitments of the Schoenstatt youth to reach the their “little chapel” as they called what we today know as our Original Shrine. By clicking on the “Letters for Mary” link, you can send letters to the Blessed Mother from anywhere in the world. Completely confidential. They are printed, placed in a jar, and become part of the papers with contributions to the capital of grace that are burnt on the 18th of every month. But there are needs that go beyond these letters to the Blessed Mother. So many people are looking for someone to pray for then..and they leave their prayer requests in emails, comments, Whatsapp messages…Of course, there are communities in Schoenstatt that offer up prayers for others. You can call them, you can send them letters, normally in one language. From Nicaragua, for example?  Difficult.

There are a few places on the internet where you can send prayer requests – the website for the Sisters of Mary, the website for the Schoenstatt Fathers in Switzerland, the “petition book” on the Original Shrine website, among others. At the same time, there is a desire, not only to “delegate” prayers to those who have this task, but also to pray in solidarity for one another, together… We would need to invent ways to create bonds of solidarity, as part of the mission of schoenstatt.org, something with mutual prayers of solidarity, mutual…something that combines  the internationality, multilingualism, and interconnectivity of the 21st century, where distances no longer exist, something like a mutual prayer “Facebook” of solidarity. But there is no need to invent it. It already exists: the network that prays, mayfeelings.com.

Pray to change the world

Designed by three Spanish guys, Santiago Requejo, Joaquín de los Ríos and Bosco Ybarra, and launched on 1 May 2012, May Feelings is a social network whose motto is to pray to change the world. Apart from their individual faith, the goal of the project is noble enough with some interesting aspects.

How is it possible that in a world filled with social networks there are still people who feel alone?

This is the question that the creators asked and motivated them to create this social network. May Feelings is a meeting place for people who need others to pray for them and those who are ready to pray for the needs of the first group. May Feelings took some ideas from other generalized social networks and brings together a set of basic concepts.

This is how May Feelings works

May Feelings is backed by a limited company, which is correctly identified according to the Spanish legislation. Beyond the legal aspects, the project is financed by its creators and at the moment does not have any other help other than from their own savings. The website is available in five languages: English, French, Italian, Portuguese, and Spanish.

Foundation stones for May Feelings

The creators give their own example, to see that 280 people are praying for us has a powerful psychological effect. Overcoming distances (and apologising for the analogy), it is like receiving 280 “Likes” but with an even deeper feeling.

Five minutes of solidarity every day

“We wanted to break into the world of social networks with a different kind of social network that no one has thought about, that no one has created. A social network where what is important is the spiritual side of a person: help people to pray,”said Santiago Requejo, who highlighted that the network aims that “every one of us not only ask for help, because it is very beautiful to allow ourselves to be helped and ask for help, but also know that we can help someone else.”

Requejo warned that we “live in very difficult times the media in films and series, everywhere, wants us to lose the faith, and we have noticed that there is nothing more valuable that we can receive in life than education in the faith.” He therefore advised young people to “defend it, cultivate it, and be proud to believe in God. You are not better than others for believing in God, but you’re also not the worst,” he said.

Although May Feelings doesn’t present itself as a Catholic network, nor does it ask people to state their religion when they go onto the site, most of its users are Catholic. After four years, May Feelings brought thousands of users together to pray for each other from different parts of the world. Among them, hundreds of Schoenstatters. Actually, May Feelings has “Schoenstatt inc” written all over it, with its idea of bonds, bonds of solidarity, of mutual and personal responsibility, of a faith that is not delegating automatically, but is a “Nothing Without You, Nothing Without Us,” translated into the language of social networks.  Heartfelt thanks.

Register and start to change the world: www.mayfeelings.com