by Sarah-Leah Pimentel, Cape Town, South Africa, member of the Editorial Board of schoenstatt.org •

This week, the world has witnessed one of the most contentious elections of recent times.

America’s election was foreshadowed by a mud-slinging contest between Hillary Clinton and Donald Trump.  But through all the mud, the election contest didn’t focus on the national economy or foreign policy.  It was a campaign about values. Clinton appealed to the extension of civil rights while Trump’s “Let’s make America great again” slogan appealed to the traditional values of family and nationhood.

And it was a tight race, as the election results proved.  Each candidate had equal numbers of fans and opponents.  Clinton’s supporters welcomed her focus on women’s rights, but many Christians were horrified at her proposed policies on partial birth abortions.  Similarly, Trump’s supporters drew inspiration from his promise to provide more work opportunities and keep out extraneous cultural values.  His detractors, on the other hand were concerned about a president whose words could promote homophobia and Islamophobia. Neither candidate was perfect.

But America has chosen.  And the results show it was a very divided vote.  Clinton won marginally more votes.  Trump won the most seats.  And in January, Donald Trump will become America’s new president, whether we like it or not.

So what does this have to do with us as Schoenstatters?

We are called to read the signs of the times.  The world is growing angrier.  The goodwill and hope to rebuild a better world that emerged from the devastation of World War II has been forgotten. The world is once again becoming more polarised.  The battle between haves and have-nots is deepening.  Too many want access to basic human needs while others are fighting to preserve a lifestyle they’ve become accustomed to.

Trump won a vote of fear and anger.  His entire campaign spoke to people’s fears about a changing world.  And he responded to the anger of people who felt that the political system has failed them, by promising them a way out.

The emergence of a world-wide anger

This is not limited to the United States. We see it in the Middle East – in the ongoing war between Israel and Palestine.  We see it in the war in Syria as Assad struggles to hold on to power by any means and ISIS leaves a path of destruction in its wake.  We see it in Europe, as it begins to weary of the waves of immigrants coming from war-torn countries.

We see this same anger in Ethiopia where a state of emergency has been declared to prevent the Oromo and Amhara majorities from protesting against the minority Tygrinian government whose development policies include forcibly moving the Oromo and Amhara off their land to build cities and factories.  In my own beloved South Africa, students are protesting violently for free access to tertiary education to combat the repeating cycles of poverty in their communities.

The times are angry.  Therefore, we cannot be surprised that the world begins to elect leaders that give people an outlet for their anger and frustrations. And in places where there are no legitimate leaders to elect, people will follow extremist groups that hold the promise of the restoration of a more just world order.

Looking for the alternative

The trouble is that the alternative might not be better.  We would not like to see a world governed by fundamentalist religious groups. I doubt that many of us would want to live in a world where we are not free to practice our religion or where people’s fundamental right to choose is sacrificed.  Similarly, violent political revolutions have a tendency to destroy much more than they are able to recreate, and everybody loses.

So what can we do about it?

Act with love and mercy

First, we need to act with love and mercy.  We do this by not judging the political decisions of our families and friends.  If we voted with our conscience, we need to accept that others did too. In the wake of Trump’s election, I have seen so many hateful comments on Facebook.  They are unnecessary.

Similarly, in our own countries, there are public issues that upset us.  We are called to add to the pool of shared meaning by engaging in healthy dialogue, sharing our Catholic world view with love and compassion.  But this does not give us the right to condemn or judge the world view of others.  It is not a battle of us versus them.  We need to acknowledge with humility that the other side may also be right and find negotiated solutions.  This does not mean we’ll always get our way, but we can shape the solution.  This is much better than refusing to get involved because we disagree with the system.

Unite with our leaders in covenant solidarity

Secondly, we need to pray for good leaders.  We have no idea what kind of president Donald Trump will be.  Time will tell. But we can pray that he will be a good president, that he will listen to counsel and that he will respect the outcomes of America’s decision-making bodies.  All our leaders need prayer.  It is no easy task to lead a nation.  It is even more difficult to lead a nation with integrity.

But we also need to pray for good men and women to rise up and speak truth to power.  In South Africa, we have a corrupt and ineffectual president whose main concern is to line his and his friends’ pockets. Fortunately, there are at least two people of integrity in South Africa who will not let themselves be swayed — the former Public Protector Thuli Madonsela and our Finance Minister Pravin Gordhan.  Despite immense political pressure, they have managed speak out against corruption and they have inspired an entire nation to stand behind them.

Every society has Madonselas and Gordhans.  We need to support them.  We support them with our prayers, but in a particular way, we need to unite with them in Covenant solidarity, offering our contributions to the Capital of Grace so that they can be strengthened in their task.

Finally, we are called to leadership.  It is one thing to criticize poor leaders and point out all their errors.  But if we are able to recognize their faults, part of our calling is to exemplify good leadership ourselves.  In Schoenstatt, we have a wealth of material on the principles of servant leadership and we need to share it more widely.  Most of us will never become the president of our country, but we are called to be leaders in our parishes, in our local communities, in our corporations and in all public spaces in which we might have influence.

When we are able to model the characteristics of good leadership – with love and compassion – others will recognize it and draw inspiration from it.  If they see good leaders, they will also know what to look for when choosing the leaders of their country.

Every election is not about policies, but about shared values.  We have the power to shape the values of the world around us.  And our work is just beginning. 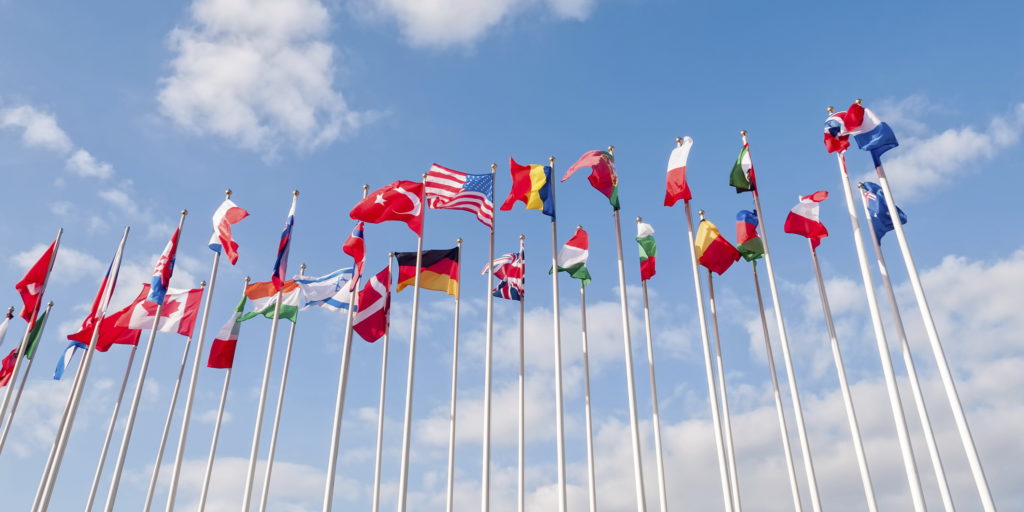