“Your Covenant, our life” 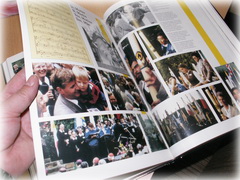 ARGENTINA, mfa. Today, September 15th, anniversary of the beginning of Father Kentenich’s new presence in his Family, we are looking back 25 years, when in 1985 Schoenstatt celebrated the centenary of his birth.

25 years have passed…Memories of someone “who was there” 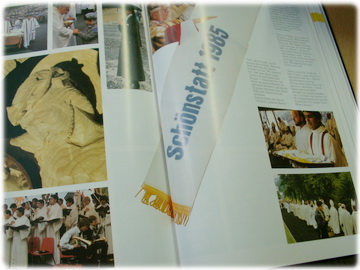 It was the first multitudinous, international Schoenstatt Family conference. This event was preceded by the meticulous work crafted by Father Joaquin Alliende, (who literally traveled throughout the world- sponsored by Lufthansa!) – explaining the importance of celebrating Father. His words and those of Father Alex Menningen, Father Kentenich’s very loyal disciple are etched in my mind: the history of the Church demonstrates that the great crisis of the religious communities occur fifty years after the death of its founder.

For this reason, it is important to maintain Father alive in each one of his children, the entire family, and “Creative loyalty”. Father will remain alive as long as his Family, with each member, continues to develop his charism, and applies it according to the reality of each era, of each culture, and of each event. Loyalty: maintaining his legacy intact, but not under a cheese dome where it would surely die. Creative: to make the five or ten talents we have received one hundred percent fruitful, maintaining the identity of the talent. It requires ingenuity, boldness, audacity, and profound knowledge of Father’s world to take it throughout the world to all its realities.

The event was preceded by activities that increased expectations such as the contest for the logo that was won by a German designer. It has become the international Schoenstatt symbol, recognized in Saint Peter’s Square, in India, in Argentina, Australia…It is a perfect synthesis: the Shrine is in the center, the “mystery of Schoenstatt,” the place of the Covenant. Blue, for Mary set on a “sunlit meadow” of the Home Song surrounded by the wall of the heavenly Jerusalem with its twelve doors: the eternal Schoenstatt, and in the shape of a cross: a sign that marked the life of Father Kentenich.

Every Shrine allover the world received a flag with this symbol and a wide, white ribbon to hang from the staff, where one unique thing about each Shrine should be applied. In Schoenstatt every flag received another ribbon, a blue one, with the name and date, and finally in Rome, another one was received, a gold one, as a souvenir of the meeting with John Paul II.

The German postal service issued a commemorative stamp with a picture of Father Kentenich. It was difficult to find the postmark of the “day it was issued” with Father’s signature, because so many Schoenstatters were requesting it.

Your Covenant, our Life 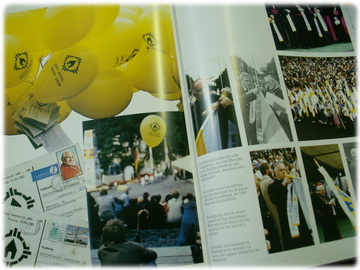 The previous week a closeness to Father was experienced in Gymnich in the simplicity of the house of his birth, his martyrdom in Dachau, the immense love of Family that led him to offer his life for the inner freedom of each one of us in a terrifying place even today, and the celebration itself with its magnificent conferences, wonderful songs. The motto: Your Covenant, our life – sung in several languages simultaneously, like a canon, the symbols, the architecture that spoke of Schoenstatt spirituality…Yes, a Holy City- united and sustained by Father’s heart!

Experiences? Many. I arrived for the first time at a place that I knew…I found familiar places, where Father had been photographed. The ineffable: the Original Shrine, the place of the Covenant, something so small that it changed the lives of millions of people; mine also. Father’s tomb: so close, so present, so surrounded by thousands of desires, petitions, gratitude… the place of his encounter with Mary when She took him with her to heaven, and a heaven that remained there. 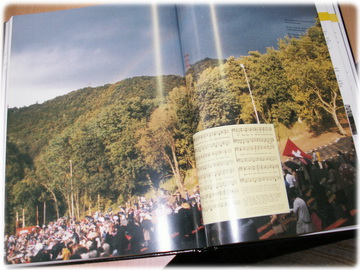 The Family- thousands as if they had always known each other! Something that impressed everyone-to be a family is a reality that is almost tangible in Schoenstatt.

Rome! I learned about Schoenstatt during Father Kentenich’s exile when it could not be mentioned, when the Movement was totally unknown in my country, and many asked if it was Catholic…And to hear the Pope on September 20th eulogizing him with such depth affirmed the reality of the Covenant, incredible! It is worthwhile to reread his words…

Twenty-five years later: Schoenstatt has an enormous variety of apostolic manifestations. It has been established in other cultures, and it has grown enormously in Asia and Africa. Schoenstatt literally has other colors; it has been enriched enormously with the circle of life…Father continues alive in his Family, in each child, but “not without us”. 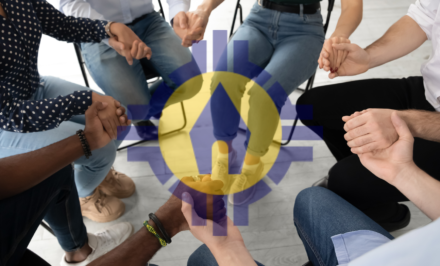