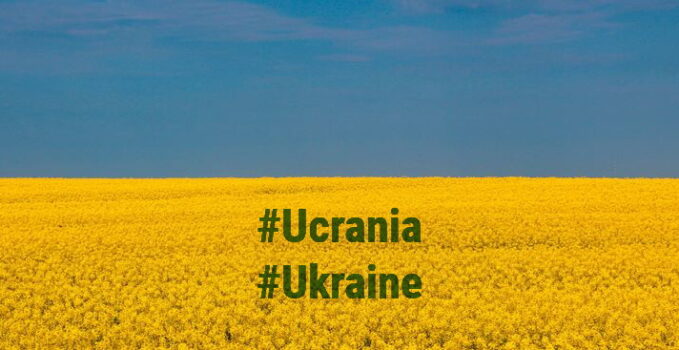 Only hours after the beginning of the Russian invasion of Ukraine, members of the schoenstatt.org team began to spread on their networks Pope Francis’ appeal for peace and his call for a day of fasting and prayer for Ukraine on March 2, Ash Wednesday. Shortly afterwards, it was also on schoenstatt.org, in all five languages, as a featured article. A gesture of solidarity with the people of Ukraine, with the soldiers, the children, the mothers, the dead fathers, with the children, women and elderly in basements and subway stations, with the hundreds of thousands of refugees carrying from their former life what they can carry in a suitcase, with so many people who, because of a dictator’s lust for power, in one hour lost their dreams, their plans for the future. —

A parish in Madrid on Saturday morning posted the link to Pope Francis’ appeal on schoenstatt.org. As the appeal itself, so far only appears within broader news on Vatican Media, it apparently helped to have this text.

In the face of the Russian invasion, Caritas is mobilizing emergency teams in Ukraine. Caritas International in Germany supports the aid with 150,000 euros and asks for urgent donations for the victims of the conflict. The coordinators of the Family Federation in Spain publicize on the Federation’s website the appeal of Caritas Spain for urgent donations. Caritas Internationalis also urges for donations form wherever in the world. Christian solidarity beyond mere words. 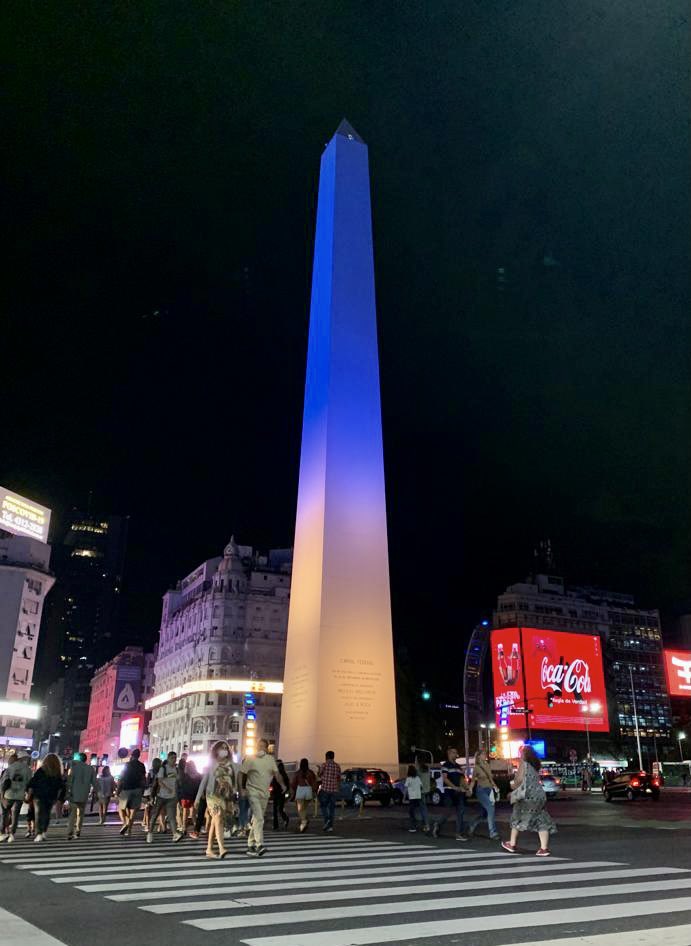 Obelisk in Buenos Aires, illuminated in the colors of #Ukraine

In many cities, emblematic buildings were illuminated in the colors of Ukraine, as in Buenos Aires, Berlin, Paris… It was also done in cathedrals and shrines.

Marches are held, the Ukrainian anthem is played….

“We have to and can do something that expresses solidarity. It is also solidarity to watch the news, although it hurts a lot. I have already met people who say they don’t watch TV, so as not to suffer,” says Paz Leiva. To cry with those who suffer, to suffer with those who die – this is concrete solidarity.

A question that also worries Pope Francis, who a few hours after the beginning of the conflict, visited the Russian embassy in the Vatican, where he met with Ambassador Alexander Avdeev, to express his “concern” about the war in Ukraine after the invasion of Russian troops, reported the Press Room of the Holy See. Francis spent just over half an hour with the diplomatic delegation. Something unprecedented. A state leader does not visit an embassy. It is considered humiliating. Francis does not care.

“During the phone call, Pope Francis took an interest in the situation in the city of Kyiv and throughout Ukraine in general. The pontiff told His Holiness: ‘I will do everything I can’.”

“The Holy Father also took an interest in the situation of the bishops and priests in the areas most affected by the Russian military operation and thanked the Ukrainian Greek Catholic Church for its closeness to the Ukrainian people. In particular, the Pope praised the choice to remain among the people and at the service of the neediest, also by making available the basement of the Greek Catholic Cathedral of the Resurrection in Kyiv to give shelter to the people.”

“The Holy Father assured His Beatitude Sviatoslav of his closeness, his support and his prayers for the beloved Ukraine. At the end of the meeting, the Holy Father sent his blessing for the suffering Ukrainian people.”

Late on February 26, the Pope spoke by telephone with Ukrainian President Volodymyr Zelenskyi to assure him of his prayers for peace and a cease-fire. “We feel the spiritual support of His Holiness,” the Ukrainian leader wrote on Twitter. 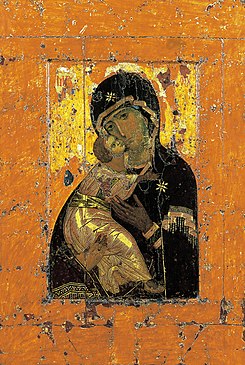 Our Lady of Kyiv

This Saturday, February 26, in the Cologne Cathedral there was a prayer for peace. It is very moving, reads the article on Domradio, “when, towards the end of the service, a small choir of the Ukrainian Catholic community of the archdiocese sings again a hymn from their homeland. It is the prayer for unity, freedom, and peace. But even if you do not know what the singers are singing in their own language, this melancholic music expresses all the sadness, the unconfessed pain about the terrible events in Eastern Europe. And a great longing that the bloody conflicts that cause so much suffering among the Ukrainian people will soon come to an end, that no one will have to fear for their lives or the lives of their loved ones. This melody, which occupies a principal place in the midday prayer at Cologne Cathedral, sounds like a lament. Some of those attending the service furtively wipe tears from their eyes, their expressions serious, even if they are barely visible behind their masks. But even so, one can guess the great sympathy that exists among those present. The fears people bring with them are close enough to touch. Many seek solace in the Cologne cathedral at this midday hour, where the cathedral’s provost, Guido Assmann, and Father Mykola Pavlyk, representing Ukrainian Catholics, pray together for an end to the war in Ukraine.”

As in Cologne, in many dioceses around the world, in many shrines, prayers were said for peace, for the end of the war, for the people of Ukraine. Many joined the Ukrainians praying in front of the icon of Our Lady of Kyiv.

The appeal of Sant’Egidio

In these dramatic hours for the capital of Ukraine, Andrea Riccardi and the Community of Sant’Egidio launch, with the following manifesto – open to everyone’s adhesion – the proposal to reach an immediate ceasefire and to urgently proclaim Kiev an “open city”

An Appeal for the salvation of Kiev

Kiev, a capital of three million inhabitants, in Europe, is today a battlefield.

The civilian population, defenseless, lives in a condition of danger, terror, while finding shelter in underground shelters. The weakest, from the elderly to children, to the homeless, are even more exposed. There are already the first civilian victims.

Kyiv is a sanctuary city for many Christians, first of all for Orthodox Christians all over the world. The history of faith of the Ukrainian, Belarusian and Russian peoples began in Kyiv. Ukrainian and Russian monasticism was born in Kyiv. The great monastery of the lavra of caves on the hill overlooking the great river Dnepr is a holy place of pilgrimage and prayer thousands of years. Kyiv is a precious city for the whole Christian world.

The destiny of Kyiv does not leave indifferent those who, from East and West, look with passion and involvement to the city and its people. After Sarajevo, after Aleppo, we cannot assist again to the siege of a big city. The inhabitants of Kyiv are asking for a jolt of humanity. Its cultural heritage cannot be exposed to the risk of destruction. The sanctity of Kyiv for the Christian world demands respect.

We implore those who may decide to refrain from the use of weapons in Kyiv, to declare a cease-fire in the city, to proclaim Kyiv an “open city”, not to strike its inhabitants with the violence of weapons, not to violate a city to which the whole of humanity looks today. May this choice be accompanied by the resumption of a path of negotiations to achieve peace in Ukraine.

On several Schoenstatt pages there is no war; on the official page there is no statement of its own, but those responsible pay fees for the publication of a Vatican Media news item on the subject. 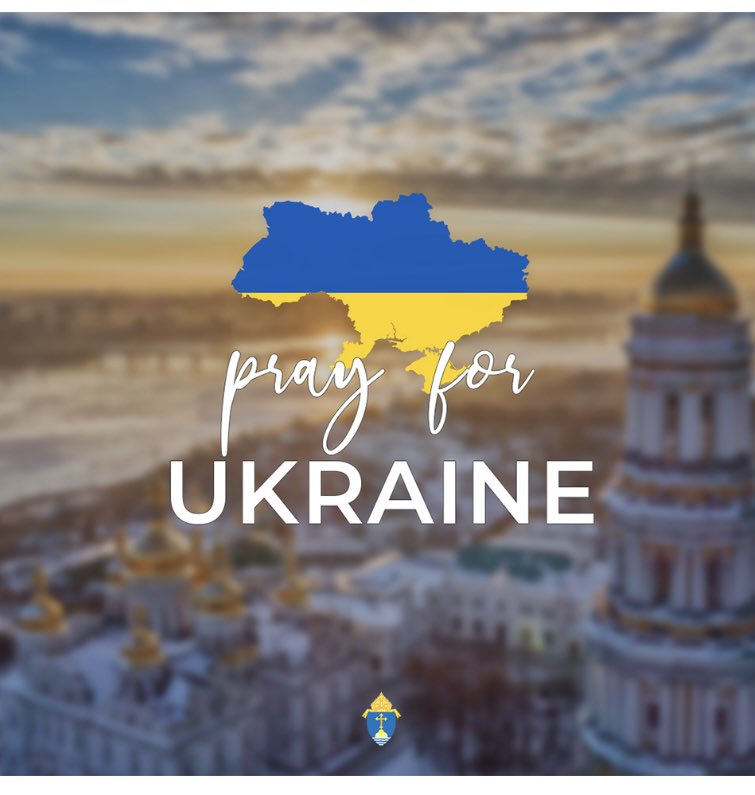 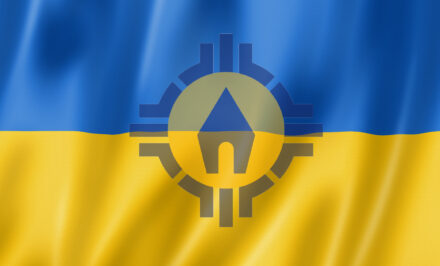 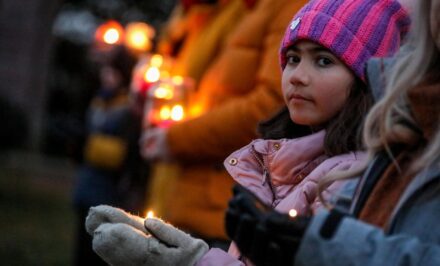