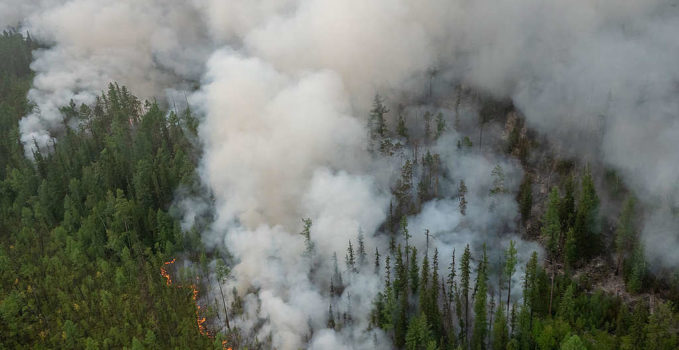 “In Bolivia we are suffering an unprecedented environmental tragedy. We need your prayers,” wrote Alexandra Kempf and Roberto Henestrosa, from Santa Cruz de la Sierra. Part of the Amazon rainforest, two-thirds of which is in Brazil, is currently being consumed by flames, but far more quickly than in the last six years. What initially began on Brazilian soil, has already reached the border regions with Peru and Bolivia. In the Santa Cruz area, where a new Schoenstatt Shrine will be blessed a few months from now, dozens of forest fires were recorded. —

The Amazon is burning. Brazil and Bolivia are burning…just a few weeks before the Synod for the Amazon.

The Latin American Bishops’ Conference (CELAM) expressed concern about the seriousness of the tragedy of forest fires in many parts of the world, especially in the Amazon. The bishops said that the “fires that have consumed large parts of the flora and fauna in Alaska, Greenland, Siberia, the Canary Islands, and now especially in the Amazon,” have an impact of “planetary proportions”.

Solidarity with indigenous peoples and the Amazon

“The hope for the closeness to the Amazon synod, convoked by Pope Francis is now fogged by the pain of this natural tragedy,” and expressed their solidarity for theindigenous peoples who live in this beloved territory who are our brothers and sisters: “we express all our closeness and we unite our voice to yours to show to the world the solidarity and the quick attention to stop this devastation”.

The message highlights the importance of the Amazon for life on the planet, but also the effects of human activity in this area: “Already the Synod Work Instrument warns prophetically: “In the Amazon rainforest, of vital importance to the planet, a deep crisis was triggered by a prolonged human intervention, where a ‘discard culture’ predominates (LS 16) and a extractivist mentality. The Amazon is a region with a rich biodiversity, which is multi-ethnic, multi-cultural and multi-religious, a mirror of all humanity that, in defense of life, demands structural and personal changes of all human beings, States and the Church”.

Calling on regional governments and the international community

“We urge the governments of the Amazon countries, especially Brazil and Bolivia, the United Nations and the international community to take serious measures to save the lungs of the world. What happens to the Amazon is not just a local issue but of global reach. If the Amazon suffers, the world suffers.

Recalling the words of Pope Francis, we would like to “ask, please, all those who occupy positions of responsibility in the economic, political, social field, all men and women of good will: [that] we be custodians of creation, of God’s design inscribed in nature, guardians of the other, of the environment; do not allow the signs of destruction and death accompany the path of this our world” (Homily of the beginning of the Petrino ministry, March 19th, 2013).

The Amazon Environmental Research Institute (IPAM) published a note on 13 August, stating that 2019 has seen an increase of about 60% in the number of fires, compared to the same period in 2018. More than half were registered in the Amazon region. One of the causes is deforestation and burning. In countries like Bolivia, Paraguay and Peru, fires have raged for weeks and thousans of hectares have been destroyed.

At the Angelus on Sunday, Pope Francis noted the universal concern for the “vast fires” that are raging throughout the Amazon region. The Holy Father prayed that, “with the commitment of all,” the fires “might be contained as soon as possible.”

“That forest lung is vital for our planet,” the Pope said.

May God have mercy on the Amazon, Bolivia and the Paraguayan Chaco which are also suffering from fires. In covenant solidarity – we pray for the Amazon 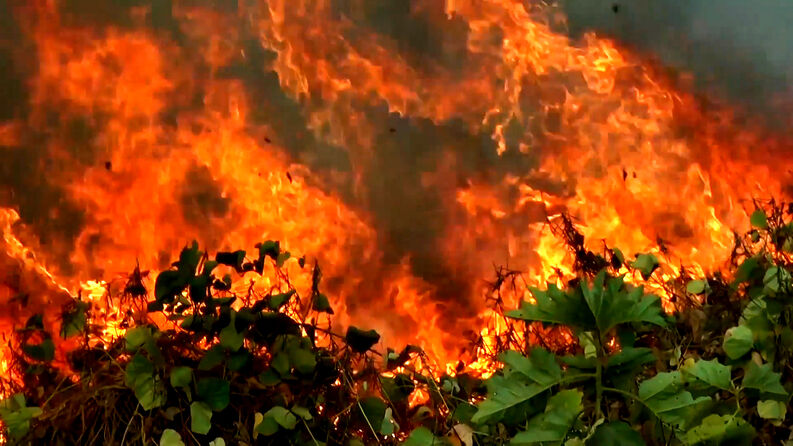