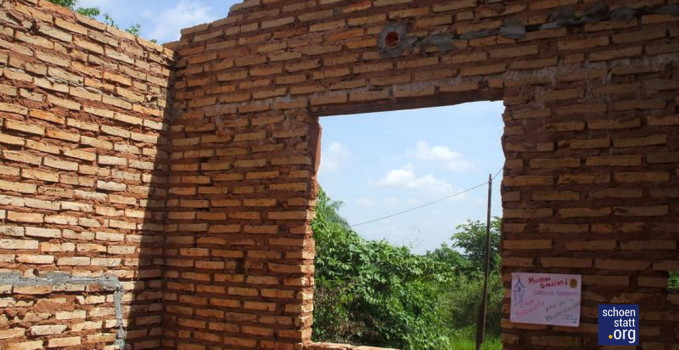 “Will we get a hundred?” “Let us trust in the solidarity of our people.” “But no answers have arrived … either from the Team or elsewhere …” “Calm down! God probably has a different timescale to ours.” “At any rate he has more patience than I have, we are already in the Jubilee Year and nothing ….” “And if no answer comes, we have to accept it, we always work that way…”

Stop! We are not in 2013 and the beginning of a crazy idea that started in connection with the first covenant  in solidarity with Pope Francis; the idea of a small group of Schoenstatters working for schoenstatt.org.

As an expression of this covenant solidarity with Pope Francis, which they entered into on 31 May 2013, they wanted, in addition to their prayers, to work in solidarity to give a hundred houses to people in bitter poverty whom one of them had discovered on the outskirts of Asuncion. People, families, who lived in the open under plastic shelters exposed to the rain and sun.

However, the dialogue recorded above could have taken place at the beginning of 2013 when there was a lot of enthusiasm for the idea to connect the houses with the Schoenstatt shrines around the world. The amount required for a house amounted to 200€, we wanted 100 houses, so if each shrine “built” a house in solidarity, we would have 100. Much later, when 50 – 60 shrines had built their house, and home shrines had “taken over” the task, we noticed we had made a miscalculation …

On 8 July 2014 a hundred houses in solidarity had been donated, and on the same day donations arrived from Australia for 18 further houses. We realised that the project wouldn’t end there. During the audience of the Schoenstatt Movement with Pope Francis on 25 October 2014 the members of the schoenstatt.org team who were present quietly gave Pope Francis 130 houses in solidarity. Month after month more houses arrived, until by the end of 2015 155 houses had been completed, and 150 families had a roof over their heads.

To return to the above dialogue. That took place in January 2016. The idea had arisen in Brazil and Argentina, and in the circle of initiators themselves, which was just as crazy as the original idea to give a hundred houses. Would it be possible to give Pope Francis another hundred houses, a hundred houses of mercy, as a work of mercy in the Holy Year of Mercy? 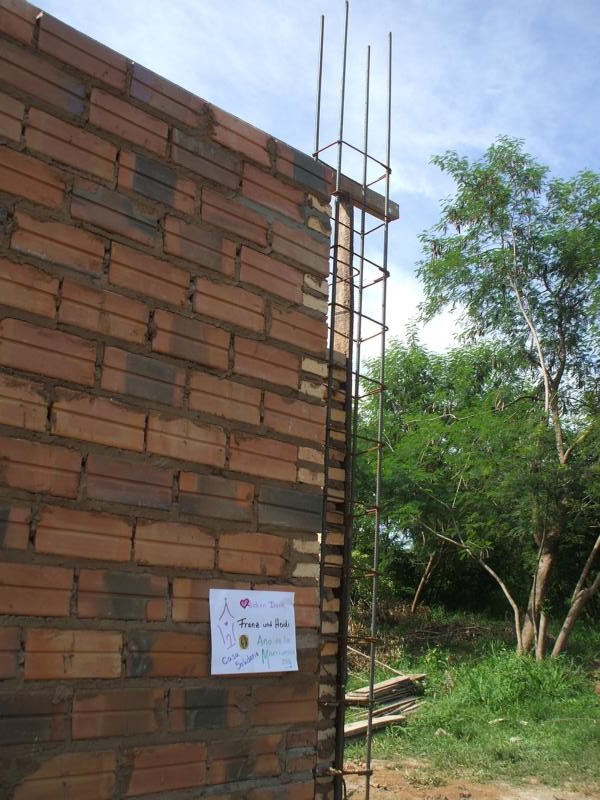 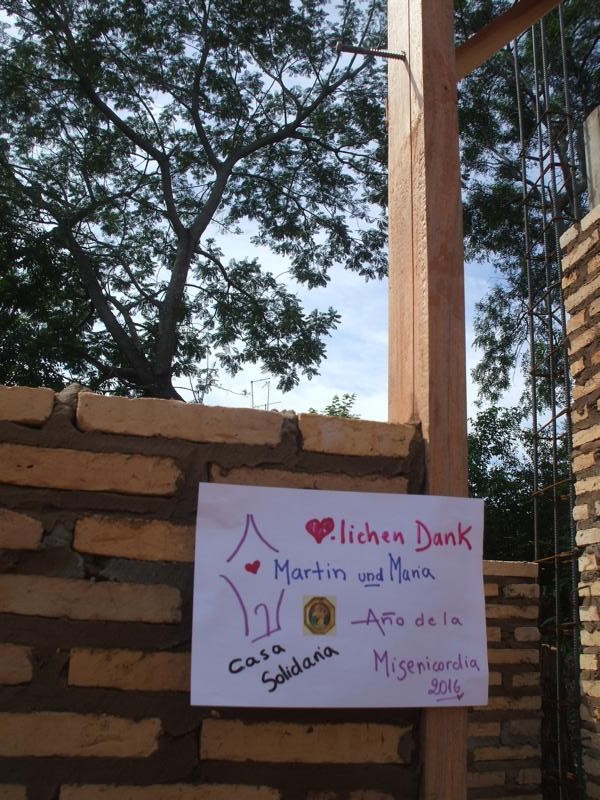 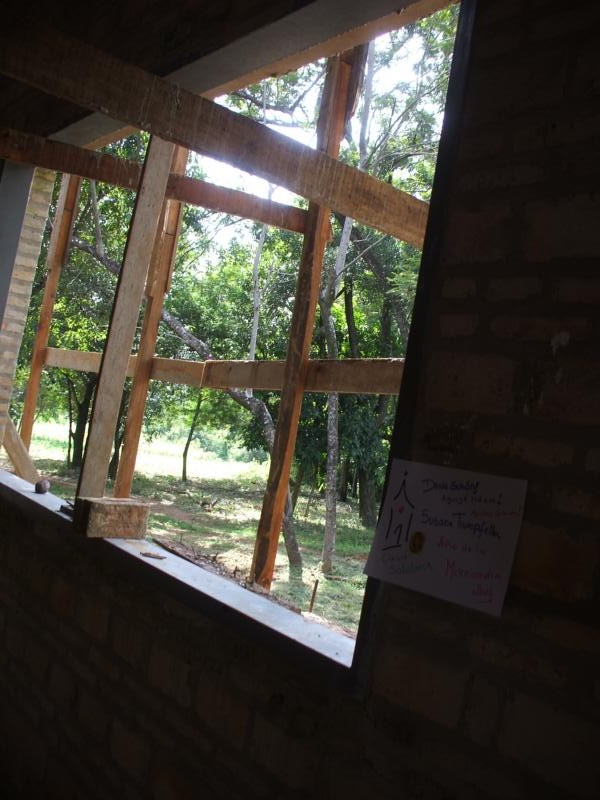 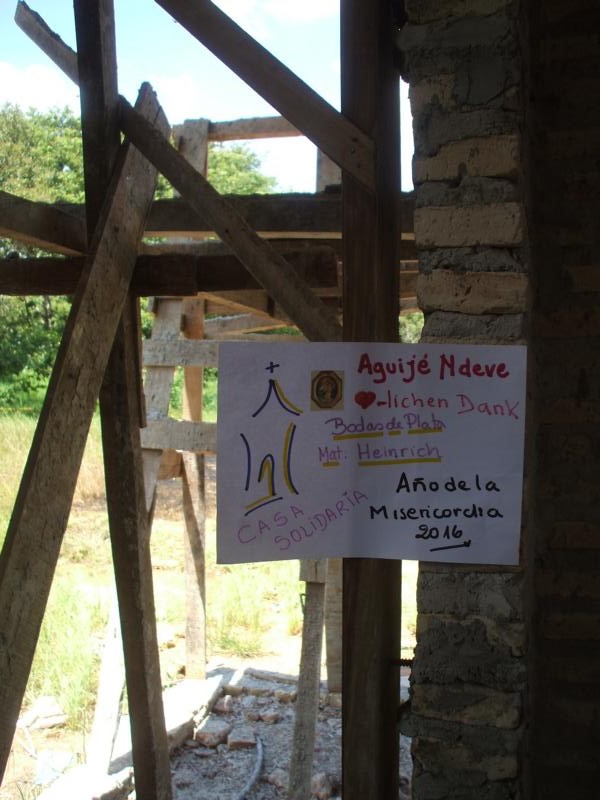 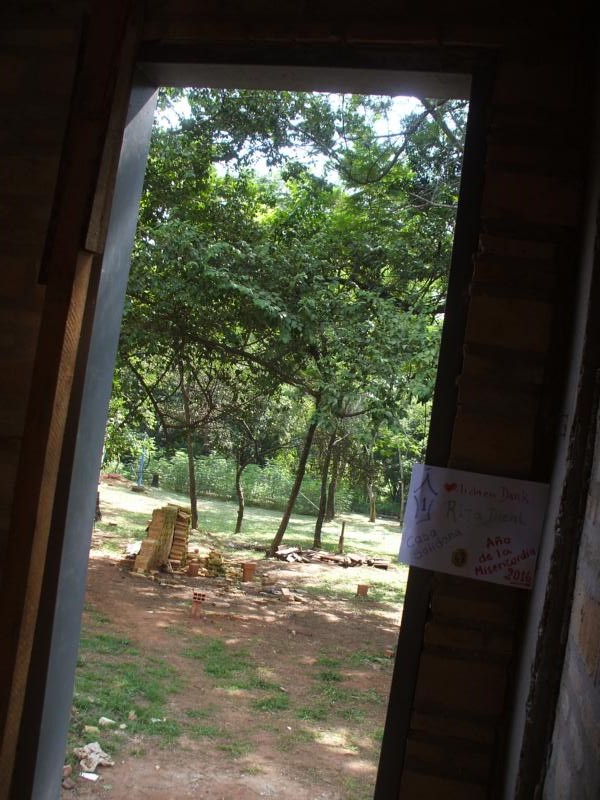 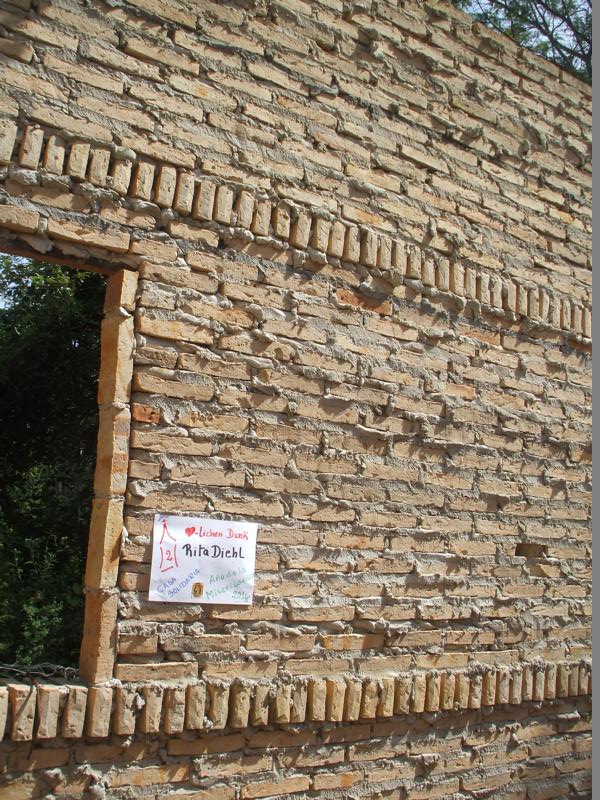 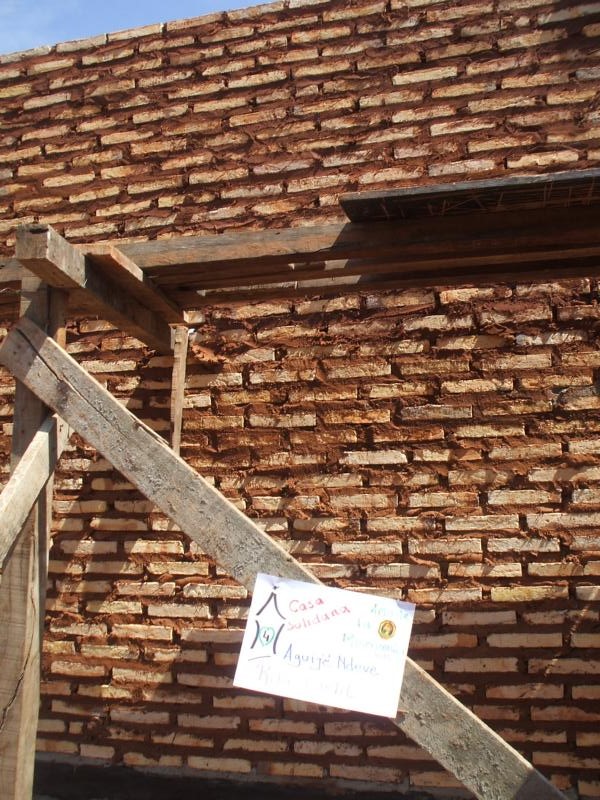 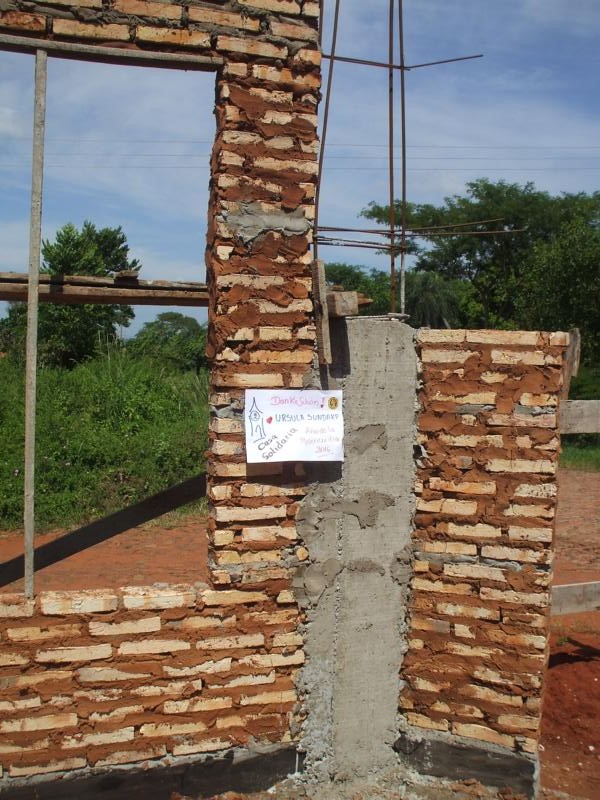 The idea went out … no answer. In the meantime the heavy rainfall in Paraguay made it impossible to go on building. For weeks on end. “The roads are impassable”, Ani Souberlich reported. She had initiated the idea and was the untiring driving force of the project. It was impossible to bring groceries, or the Christmas parcels that had been packed with so much love, to the families in the houses. No vehicle could get through to them.

At the end of 2015 we had 158 houses, the last one built on behalf of the shrine at Ulm-Soflingen. The first one almost two years previously had also come from there. 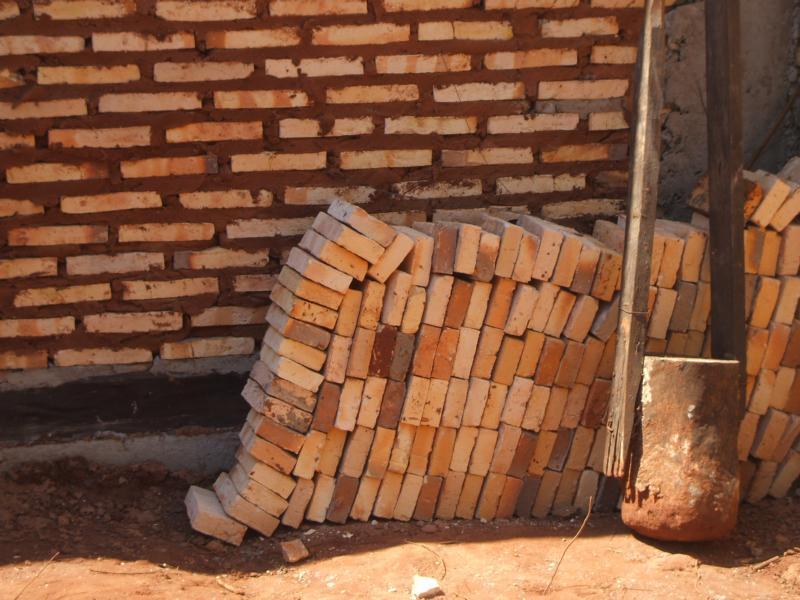 A birthday, a Silver Wedding and once again Ulm-Söfflingen

In the last week of January 2016, shortly after the conversation quoted above, and the decision to wait for a sign from the Blessed Mother:

A couple from the Fulda area celebrated their Silver Wedding. The gifts for which they asked became a house, and what was left over was donated for groceries and toys for the families. …

A donor, who had already donated ten houses, announced: My sister would like to make a donation … Four houses … the first of 2016.

That week a collaborator with schoenstatt.org, who has long worked for the hundred houses, celebrated her 75th birthday. In her invitations to her family and friends she asked for houses, houses in solidarity, houses of mercy. Her family and friends, and her course in the Schoenstatt Mothers’ Federation, collected enough money for seven houses.

The money was sent to Paraguay, the building material was bought, and more than ten families were given hope …. And while it continued to rain, building materials bought, and bags with groceries, games and clothes prepared, another donation arrived for a house – on behalf of the shrine at Ulm-Soflingen. Once again! The shrine from which the very first donation for the hundred houses in solidarity had arrived in 2013. 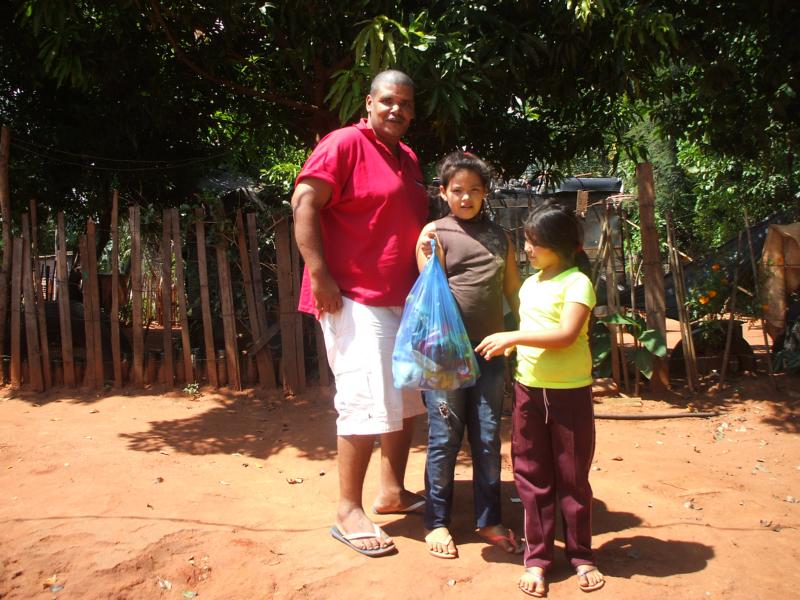 “This Saturday, 5 March, we were at long last able to distribute the groceries and other things to the people we met. This included the groceries from the sale of books organised by Alberto and Alicia Miranda, members of the Schoenstatt Family of Luque. These were books that had been gathering dust in bookshelves, and now they have turned into food for needy families”, Ani Souberlich reported. She wrote to the team of schoenstatt.org on the same day, “The wonderful thing about all this is the generosity of the people in giving, and the shine in the eyes of the people who received, above all the children.

My heart beat for sheer gratitude and joy! Connected with each one of you it all multiplies in blessing and grace. In union, in solidarity, each one gives some of his or her time so the schoenstatt.org can grow and reach ever more people. To all who have done something for our houses Aguijé! ¡Gracias! ¡Obrigado! ¡Merci! ¡Dankeschön! ¡Tante Gracie! ¡Thank You!“

The thanks are due to all who have in any way joined in and continue to help. 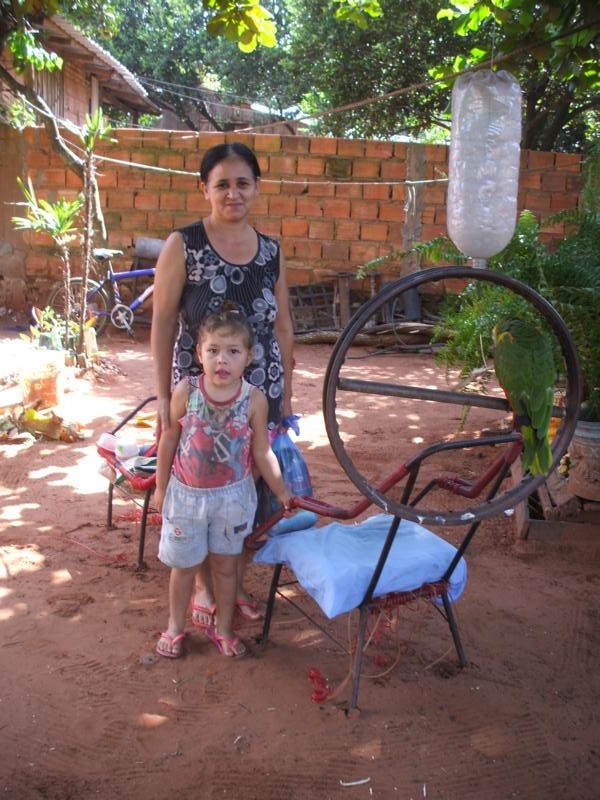 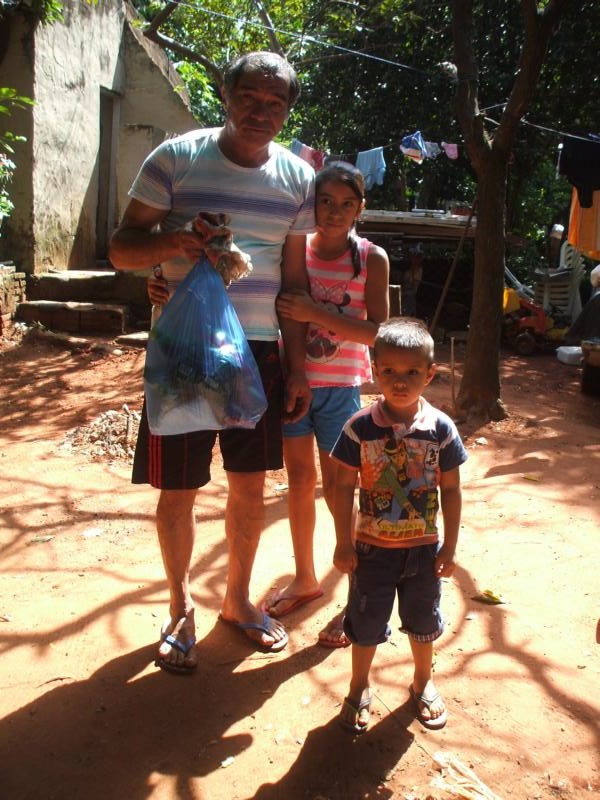 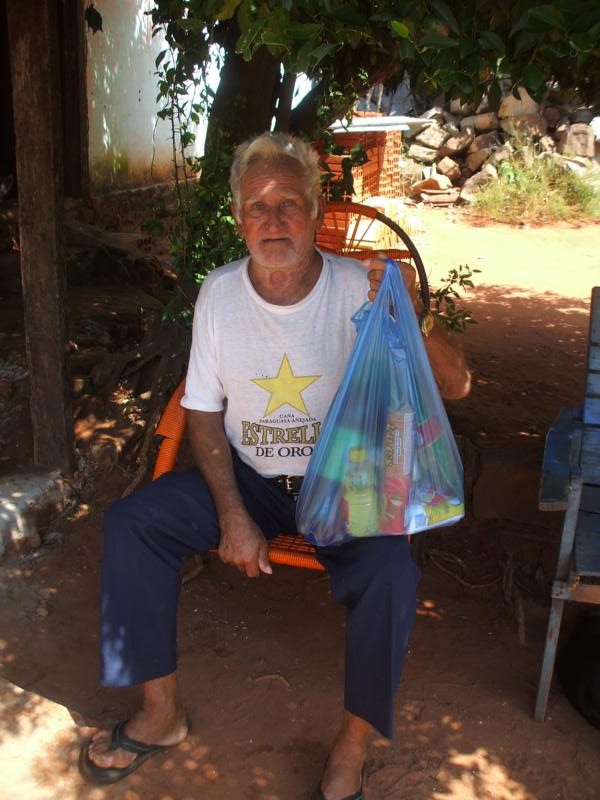 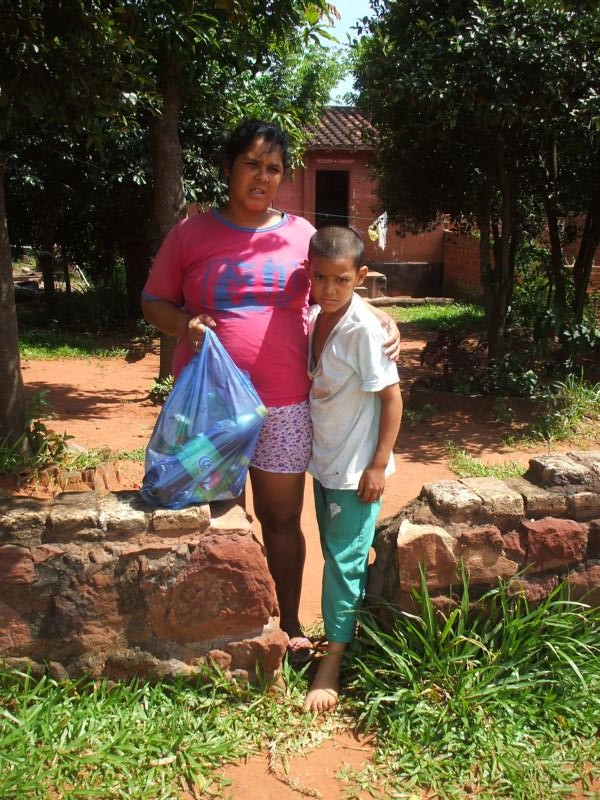 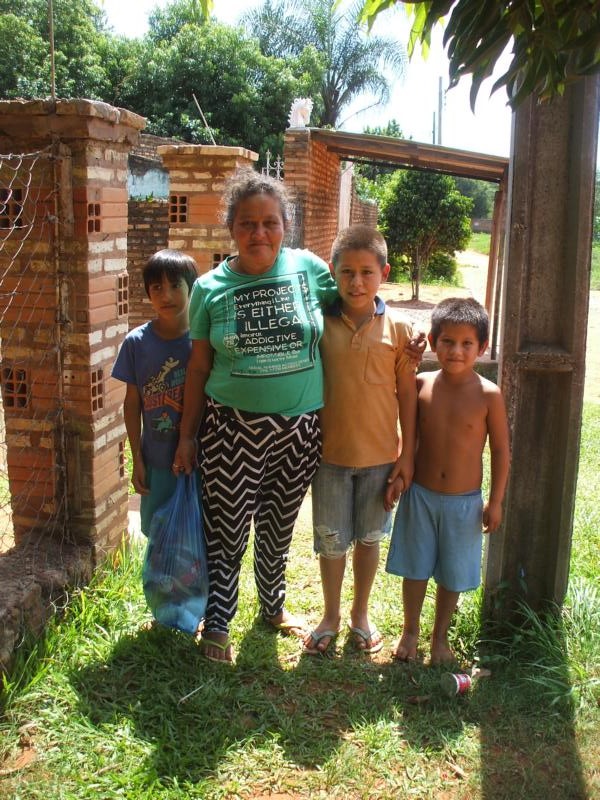 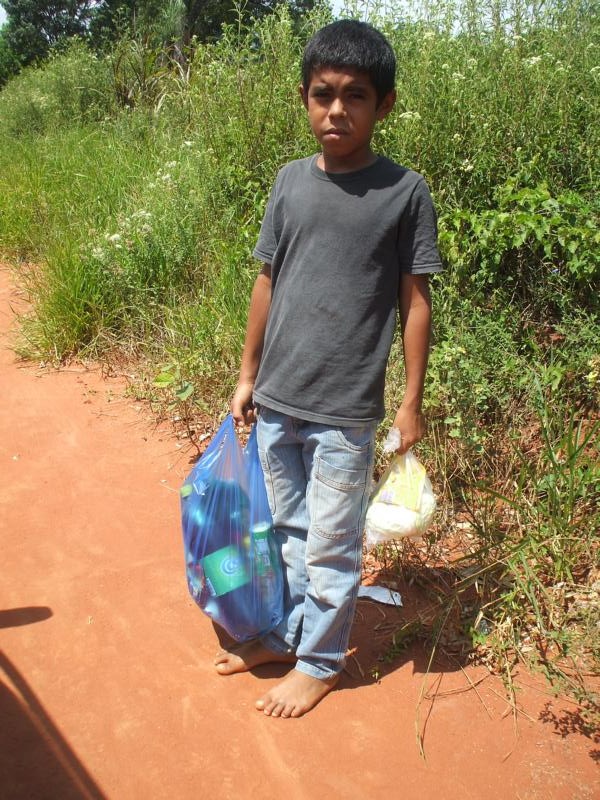 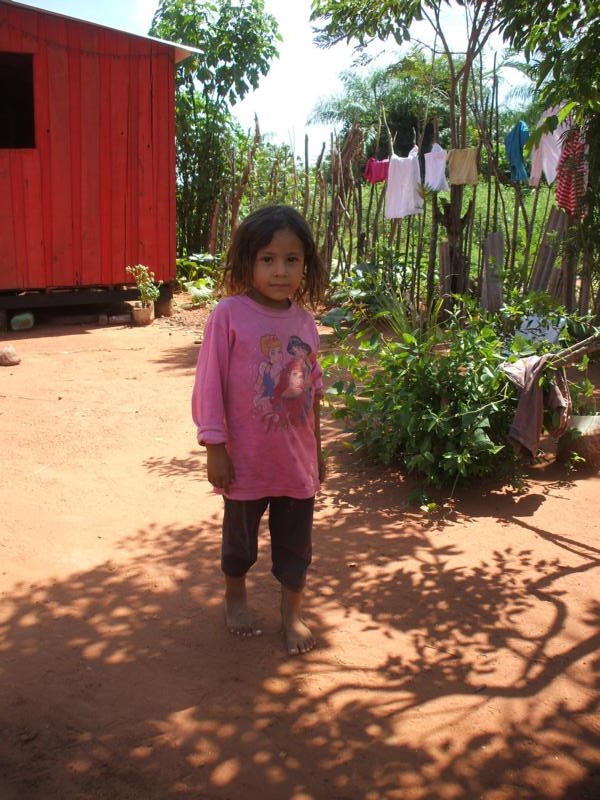 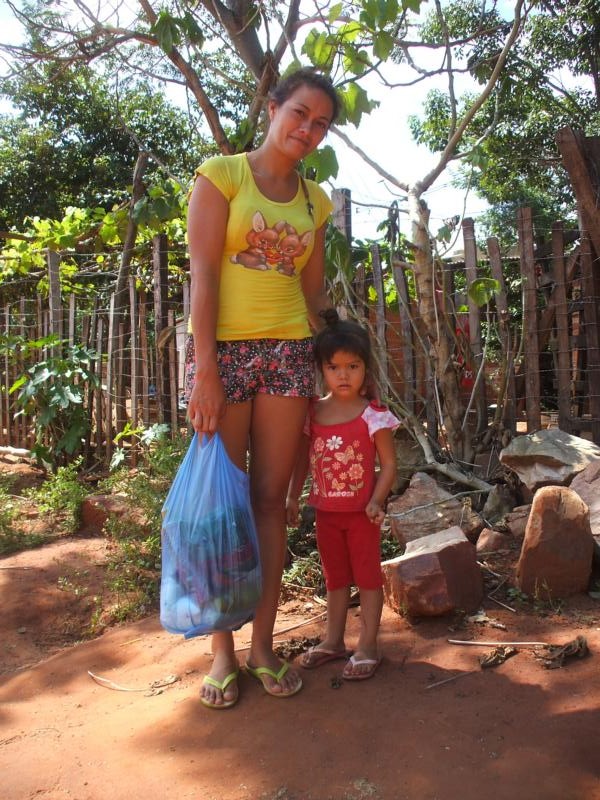 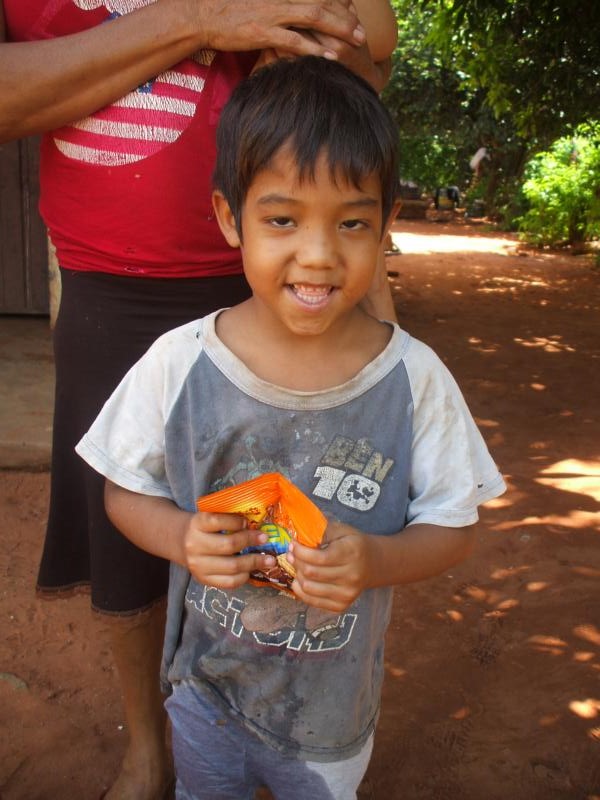 Our first “Houses of Mercy”

“This 5 March the weather was sufficiently settled so that I could drive out and take a look at our first houses of mercy. Due to the distance between the houses and the condition of the dirt roads, the midges, the heat and the sun burning our Paraguay, the visit to the houses that are being built was a real contribution to the capital of grace!” They’re building everywhere …

“Actually there is no better liturgical time to give everything with and out of love; so much mercy that comes from the depths of our hearts, from so many people who give their all so that we are able to go on giving houses so that families are able to grow soundly and together”, Ani Souberlich related as she arrived home “dead tired and happy”.

“I know that this whole project of houses is borne by the prayers of many of you, and I am convinced it give us here the strength to continue day after day despite all the obstacles, and not allow ourselves to become discouraged because what we are doing is only like a drop of water on a hot stone. But it is a drop that has changed everything for a family, for two, three … almost 180 families, and that is what we have achieved, a tiny group of crazy people. It is what motivates us to want to continue with firm faith in a new morning!” 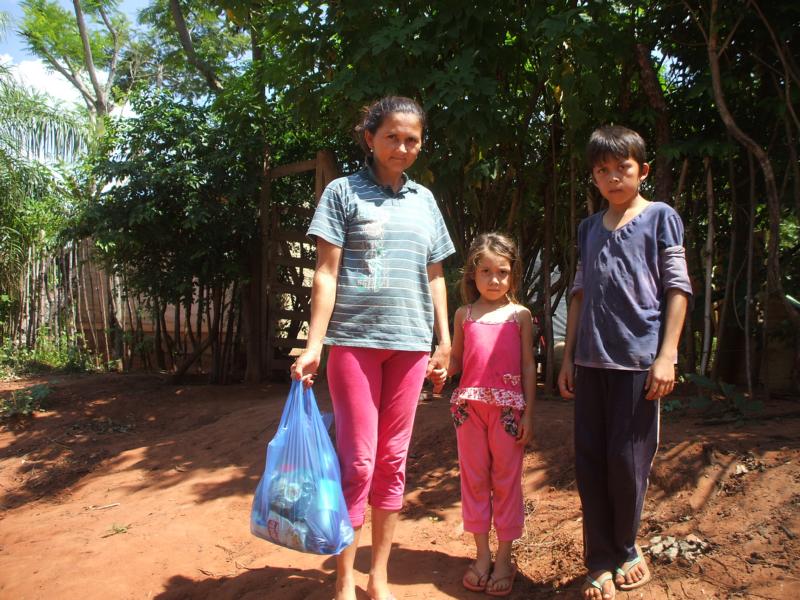 We touch the flesh of Christ …

It was a work meeting. A journalist, who is a member of the Focolare Movement, asked me suddenly, “And you Schoenstatters, what are you doing in this Holy Year of Mercy?” “We are building a hundred houses for poor families”, I replied spontaneously. Silence, and then, “Wow, that is practical!”

In real life we experience repeatedly that people don’t ask us so much about our spirituality or history; they want to know, “Schoenstatt, what are you doing?” What are you doing for us? It shouldn’t surprise us. What they are actually asking is whether we “are touching the flesh of Christ in our brothers and sisters who are in need, who have to be fed, clothed, housed and visited …”

That is the question Jesus will ask on that day. 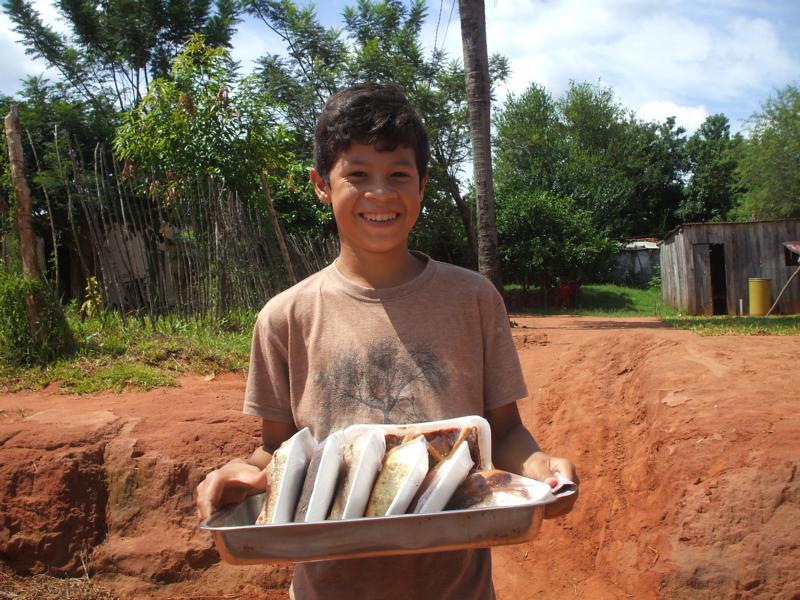 Donation for Techo Paraguay (or dedication in name of shrine …)