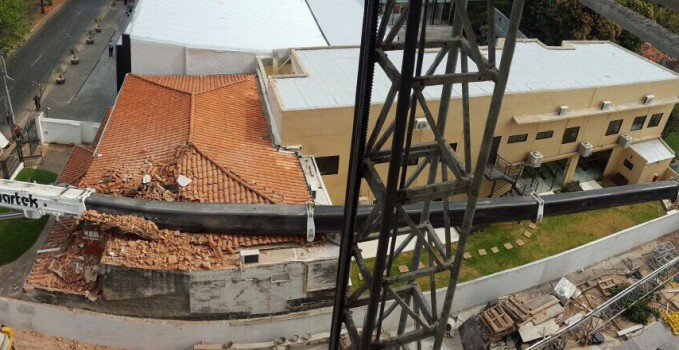 Crane falls on the “Magnificat” and Fathers’ houses in Asunción, but…”the Blessed Mother never stops caring for her own”

PARAGUAY, José Argüello and María Fischer • “”This is a lucky misfortune,” commented José Argüello, only to correct himself mid-sentence, saying: “No, it’s not. The Blessed Mother never stops caring for her own.” 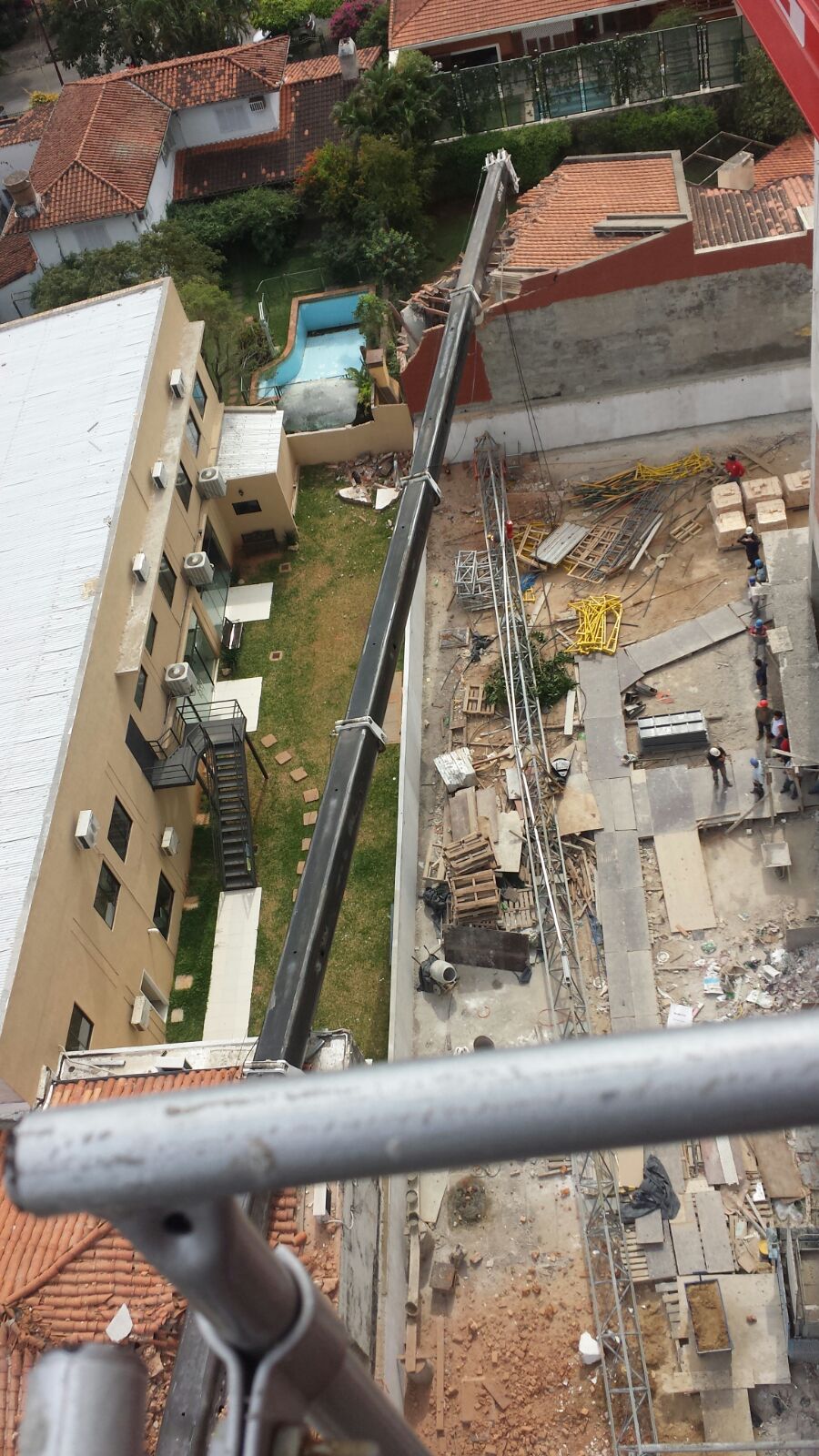 On Monday, a crane fell over Boggiani Avenue, on the Ceferino Vega corner. The heavy duty truck supporting the crane, which weighed about 220 tons, was dismantling some scaffolding used by the construction workers on the nearby Miami building.

It appears that the vehicle was not properly stabilized and lost its balance, and fell on its side onto the sidewalk.

It also caused a power cut and electricity had still not been restored to the Villa Morra de Asunción neighbourhood.

Although the damage to both houses is severe, and the Fathers’ cook was slightly injured in the accident, there is immense gratitude that there were no fatalities or more casualties in this dreadful accident.

In covenant solidarity, we unite to give thanks, but also pray for all those who this morning received a huge fright and saw their homes damaged. 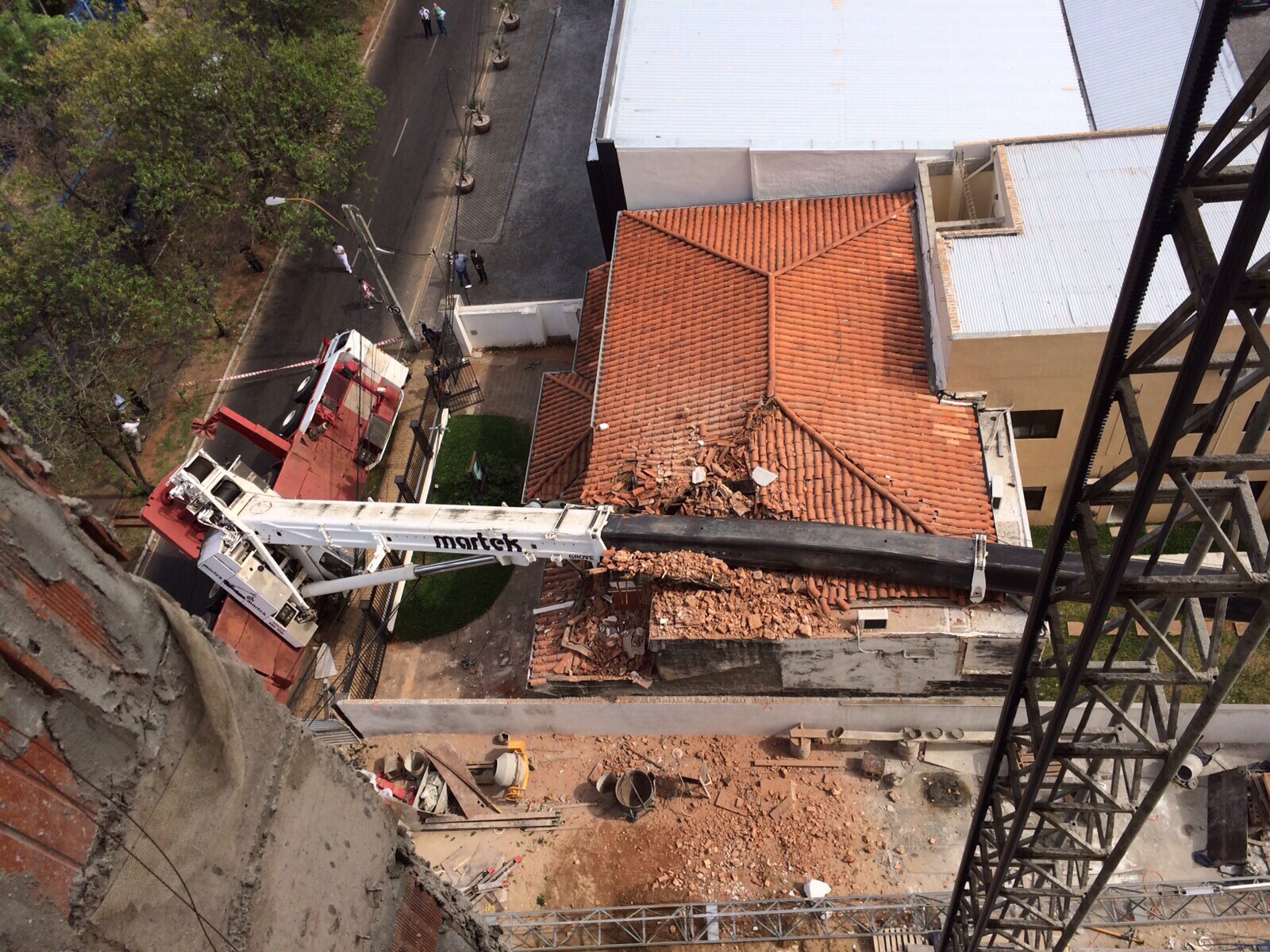