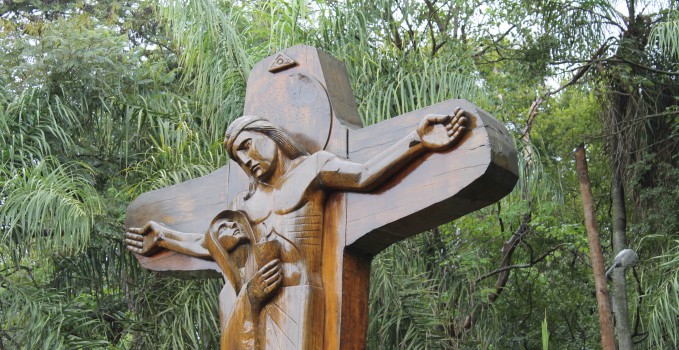 In solidarity with the people of Garissa, Kenya

The silence of Holy Thursday descends upon us. The Church is empty as the Blessed Sacrament is taken to the Altar of Repose. The altar is stripped bare. The holy water is removed from the fonts. A sense of dread fills the air, because we know what is coming. We know that Christ will walk to Calvary tomorrow. For the sins of the world, he will be tortured and nailed to a Cross. He will die an agonizing death. And so we keep solemn silence.

Tonight there is also silence in the town of Garissa, in Eastern Kenya. The authorities have called a curfew. This is because early this morning, a group of masked gunmen, most likely fighters from the terrorist group Al-Shabaab, stormed into a university and took hundreds of students hostage. Throughout the course of the day 147 were killed — some of them beheaded — and another 76 were injured before the Kenyan security forces were able to neutralize the gunmen. About 500 students were able to escape or were rescued late this evening. When Garissa went to sleep last night, they could not have imagined the terror that today would bring. Many lives have been changed forever.

So, as we keep our prayerful silence, let us also pray in solidarity with the students of Gariss University, the families of those who were killed, for those who watched their friends and classmates be killed in barbaric ways. Let us pray for the survivors, that they will not become bitter with hatred and fear. Let us also pray for the gunmen. This is harder to do. But yet, from the Cross Jesus lesson was to reach out to God and call out: Father, forgive them for they don’t know what they are doing.

As we walk the Way of the Cross tomorrow, as we witness Jesus breathe his last on the Cross, as we watch the stone of death be rolled across the tomb, let us keep praying for these students, many of them martyrs, especially those who were killed because they were Christian.