Posted On 6. February 2013 In Covenant solidarity

How beautiful is this Schoenstatt! 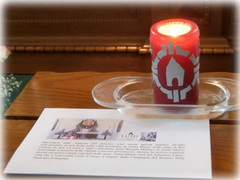 org. “How beautiful is this Schoenstatt!”  – was the spontaneous and sincere reaction at the moment of seeing the photos and reading the testimonies that arrived from the “Shrine of all of us” in Rome, Belmonte, which gave a true example of covenant solidarity with the victims of the fire in Santa Maria, Brazil. The news about the fire that was published a few hours later on schoenstatt.org (Who could have reacted so quickly if not our schoenstatt.org?”) motivated Father Stefano Mueller, Rector of the Shrine of Belmonte, Rome, to light a candle in the Shrine of Belmonte and to print a note – in Italian – for the pilgrims.

Solidarity, covenant solidary, to feel that “we have a family in every city” because brothers/sisters live there; the desire to go to meet the brother/sister- Schoenstatter, Christian, person – who is suffering, is something that is such a part of Schoenstatt that it forms part of its essence. It is the face “within”, the face at the heart of the Covenant Culture.

“Kentenich was a man who believed that ideas could be transformed into reality; he designed a model founded on the solidarity that he called solidarism…He maintained that to accomplish this a social attitude was needed that was consistent with a spirit of consideration for others, a delicate compassion for another’s misery and prompt and timely help based on love and kindness. It can only be accomplished by energetically combatting egoism and egomania.” (Carlos Ferré, The Social Saint).

A network of candles 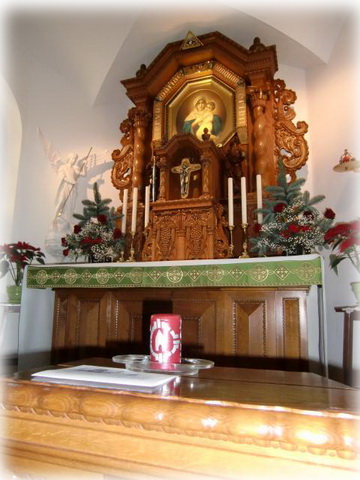 The Archdiocese of Santa María scheduled a Mass for Saturday night that was celebrated in the metropolitan cathedral by Archbishop Hélio Adelar Rubert and other prelates of the area. The Mass was followed by a vigil and a march that ended at the Kiss discotheque at approximately 2:00 a.m. local time (4:00 GMT) Sunday, coinciding with the time marking exactly one week since the casualty.

The Holy Father sent his prayers and greetings of compassion to Santa María. The Schoenstatt Family from Santa María gathered in adoration at the Shrine of Santa María. In the Original Shrine, a collaborator of schoenstatt.org lit a candle…and they were also lit in many shrines around the world as well as in many homeshrines.

“As a mother of three students, I can imagine the immense sorrow of so many parents, siblings, relatives and friends at the loss of a relative in this terrible fire. May the love of God the Father console so much pain! A candle burns in my homeshrine in Vienna for all the youths who have departed to heaven and for their families,” Tita Andras wrote.

From Uruguay, María del Rosario de Armas wrote: “The heart of the Schoenstatt Rosary Campaign of Uruguay is contrite for the sorrow that the beloved community of Santa María is suffering. We pray that the Blessed Mother will cover everyone, who is suffering from this tragedy, In the First Daughter Shrine, our prayers are with everyone.”

In Belmonte, the rosary was prayed every day, and on Friday, February 1st, the Holy Mass was celebrated for the victims and relatives.

How beautiful is this Schoenstatt! 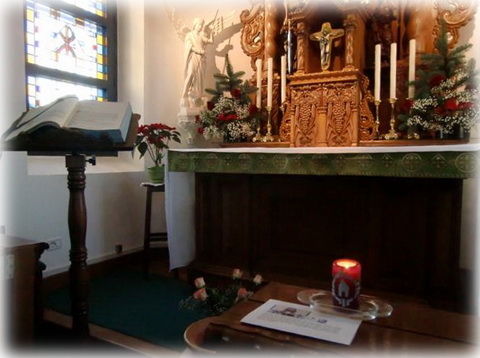