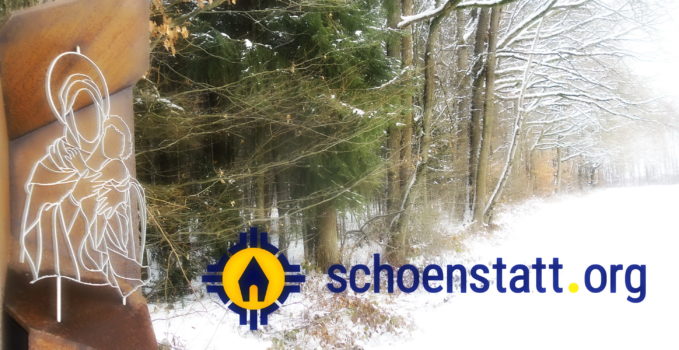 From Baghdad, Cuba and prayer on the pulse of time

By Maria Fischer with Renate Siebenkäs •

When Fr. Kentenich founded the MTA Magazine almost 101 years ago, at the “forefront of a style of communication in the spirit of the Vatican Council II” (Prof. Dr. Westerbarkey), he relied entirely on active readers, free and strong personalities who do not just consume news.  Instead, they seek to establish dialogue, choose news, take ownership of what is relevant to them based on their personal mission, connect it with their own experiences, allow themselves to be inspired in order to commit themselves and be captivated once again by their personal mission, tell their own real stories and enter into real dialogue.

When, more than 15 years ago, we began to do something similar to the MTA Magazine on the Internet, we believed this could also work in a time of information overload, characterised by an information transfusion mentality (ie give me what I need to know quickly, administered intravenously in small daily doses, to save me the effort of looking and thinking for myself) and reactions that are reduced to emoticons. Sometimes the Schoenstatt.org editorial team gets these kind of rich reactions, such as the weekly commentary by Cristina “Kiki” Tagle from Chile or Renate Siebenkäs, a Schoenstatt member in the Bamberg Archdiocese in Germany: “As always Schoenstatt news are a great treasure, that seeks to be discovered during the course of the week, and beyond. I enjoy that Schoenstatt news is good new; without hiding or embellishing anything, it offers value, hope, trust, joy, faith.  They allow us to see many good ideas and project.  Earthquakes can destroy churches (as happened in Cuba), but not the faith – Where else can I read this?

“I am even more energised by Pope Francis’ new prayer initiative. We can say they are last minute prayers. Or prayers on the pulse of time. Expressed simply as an invitation. The Pope is so good! He has a big heart that is in touch with reality.

And I would like the daughter shrines to be in solidarity with this initiative.

I have already asked our priest, Fr. Mahlmeister if we can do something at the shrine in Bamberg.”

“I don’t always get to the Schoenstatt news on time.

Yesterday I read the article about the Middle East — and I was with A. from Baghdad, who spent 10 weeks with us as a religious refugee.  After settling him into his accommodation in Erlangen, I returned home.

After reading this article, I sent him the English link to the news item.

Today was his first day at work, and in the afternoon the liberating reply arrived. The letter from the administrative court referred to religious refugees.  And since 21 December, the young man had been afraid of being expelled.  For him there was no hope. Now everything is sorted out thanks to Schoenstatt. Unbelievable, the little pushes that the Blessed Mother gives us!” 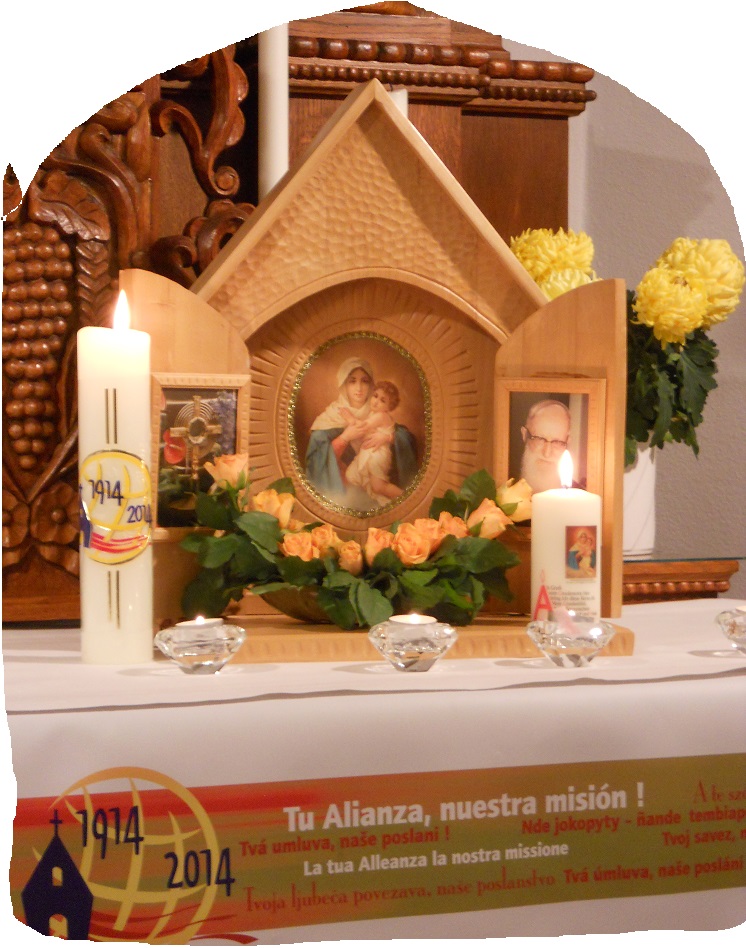 Then I got to the triptych — a word I hadn’t read before. An impressive article.

And I connected it with the first “pilgrim shrine” in the Bamberg archdiocese, which was found in the attic after a long time, just before the Schoenstatt centenary jubilee. Another triptych. On 18.09.2014, I made my covenant of love and our diocesan leader, Fr. Martin Emge gave me the triptych which was sent to Marienberg to be crowned. Fr. Mahlmeister, who celebrated the crowing had tears in his eyes.”

Many smiling faces and a wish for Costa Rica

“I am always overjoyed by the connection with many smiling faces, because Mary smiles through each one of them, in spite of many distressing circumstances.

Many, many thanks for your wonderful way of giving news — and also for your stimulating writing style.

Connecting with the Berlin article “Do not be afraid” — in spite of all of its tragedy — with the message of Christmas and those powerful quotations.  It is worthwhile to be able to re-read them and empathise.

News from Schoenstatt, including Rome, that you and your editorial team constantly give to the whole world are a very valuable treasure.

It is wonderful to connect with so many events.  And suddenly I find the Christmas Eve video in St. Peter’s Basilica! What a precious surprise!

What always surprises me, in addition to the wayside shrines belonging to the Pilgrim Mother Campaign in the Pozzobon room in Belmonte, is the number of young people who are on fire for Mary – especially those in Costa Rica.

My wish for 2017: may the MTA introduce herself to more youthful hearts and families, especially in Germany.

And because I am fascinated with the stories from Costa Rica: It would be so beautiful if we could connect on 18 March in our shrines as part of the dedication ceremony for their new shrine, and who knows, perhaps also a common prayer. What if Costa Rica could give us this present? 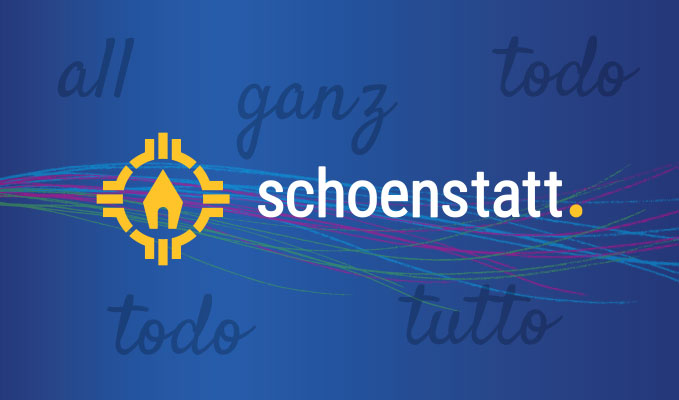 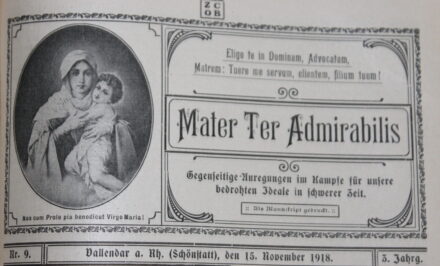 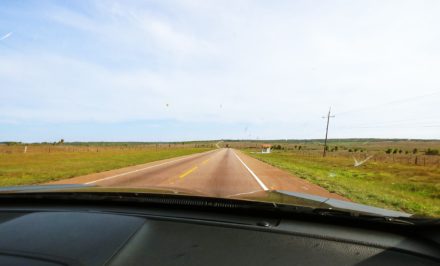 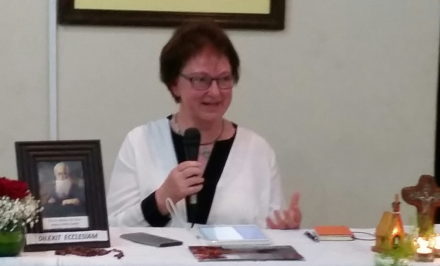 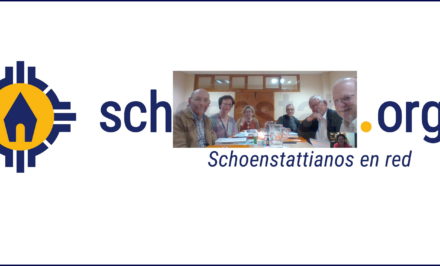 LETTER TO OUR READERS