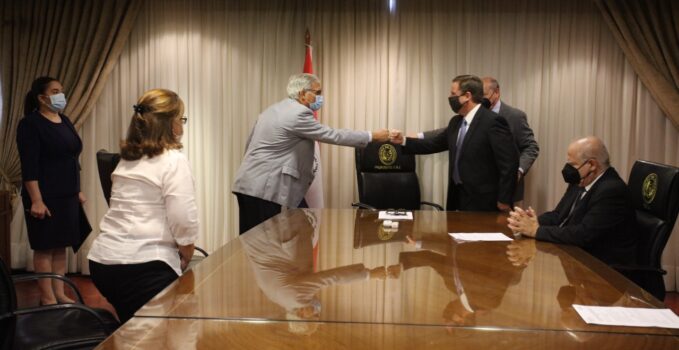 Our story of the visit to Casa Madre de Tupãrenda (CMT), by the president Dr. César Diesel and the second vice-president, Prof. Dr. Luis María Benítez Riera (period 2021-2022), of the Supreme Court of Justice, had its central point on February 15, 2022. —

At the end of the visit, a commitment was made to sign an agreement between CMT and the Supreme Court of Justice. After preliminary exchanges on the points of the agreement to be signed, a final draft was ready.

A few days later, the signing of the agreement was scheduled for February 15 at the Palace of Justice in Asunción. 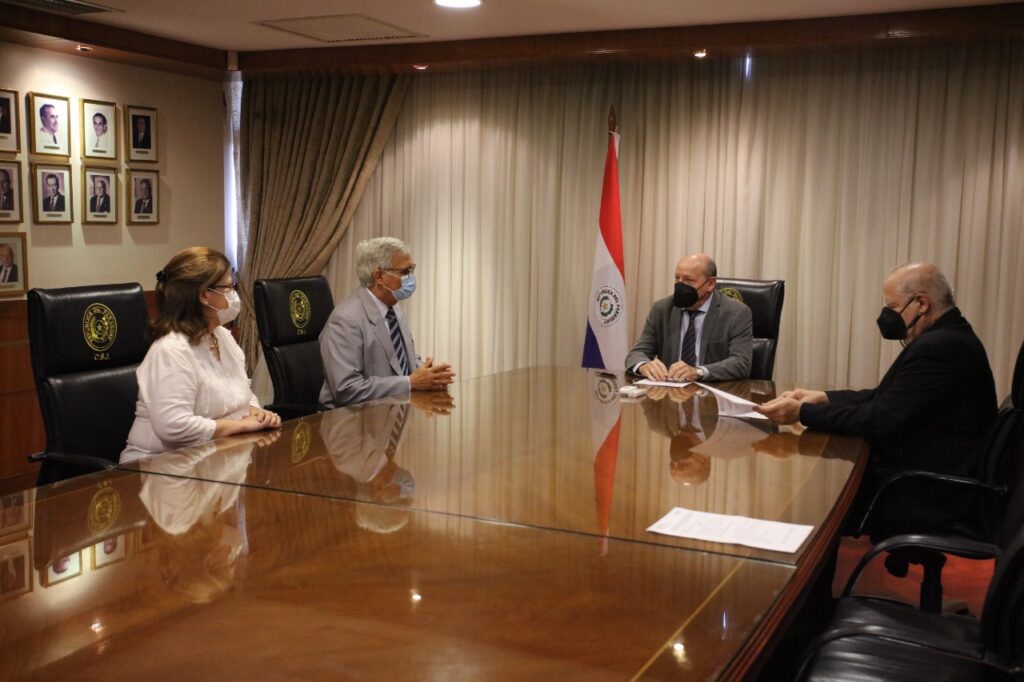 Present at the signing ceremony were the president, Dr. Cesar Diesel, the second vice-president, Prof. Dr. Luis María Benítez Riera, and the minister, Prof. Dr. Alberto Martínez Simón, all of them from the Supreme Court of Justice. Dr. José Marín Massolo, president of FUNDAPROVA, and Eng. Mirta Contini, in her capacity as vice-president, represented CMT.

“The dialogue was very pleasant and cordial and they emphasized the importance of the role played by Fundaprova through CMT, especially in the case of young people who were in conflict with the law and that the release from prison at the end of their sentence returns them to their environment with obvious negative conditions to start a new life”, says Dr. José Marín Massolo.

The present agreement represents the recognition and institutional support of the Supreme Court of Justice to the CMT’s post-penitentiary reinsertion project. 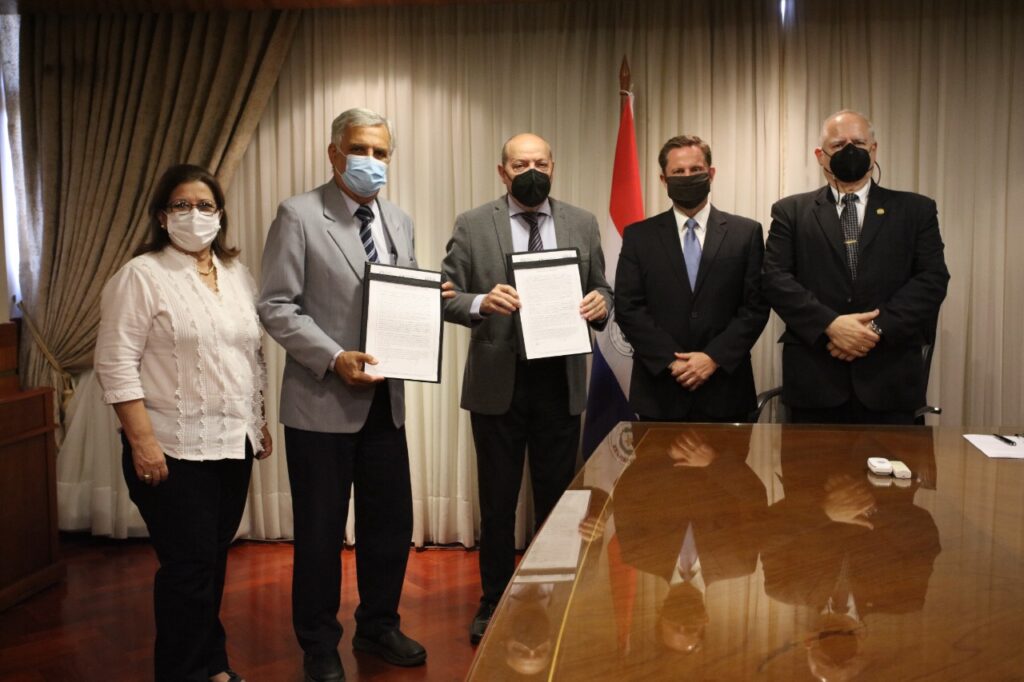 Today House Mother of Tuparenda has many strategic allies and donors who, with much affection and social conscience, support the efforts made for the support and accompaniment of adolescents in conflict with criminal law.

This agreement positively and strongly affirms the importance of the work in favor of adolescents, as well as the support and backing of the Supreme Court of Justice in the judicial proceedings of those who wish to freely participate in the program.

It is also a recognition for these five years of work and the more than 45 adolescents who have successfully completed the nine-month program and who, with their testimonies and work, continue to improve themselves daily and contribute their grains of sand in the construction of a better Paraguay, in which they are not left aside because of a mistake in their past.

The various testimonies, direct and indirect personal support, as well as the signature and institutional recognitions, are an undeniable proof that the work developed by CMT is on the right track and improves every year.

We would like to thank once again all those who support the program and today, especially the ministers of the Supreme Court of Justice, for their support and interest in the work in favor of adolescents. 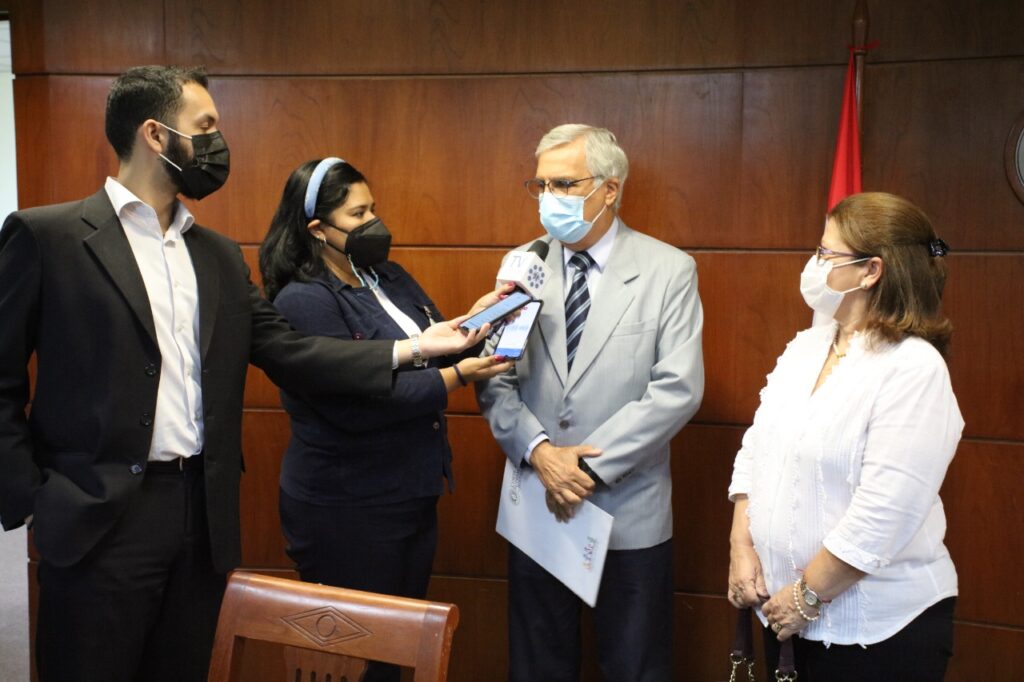 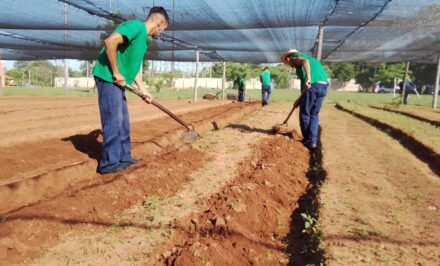 A very promising meeting for the House Mother of Tupãrenda