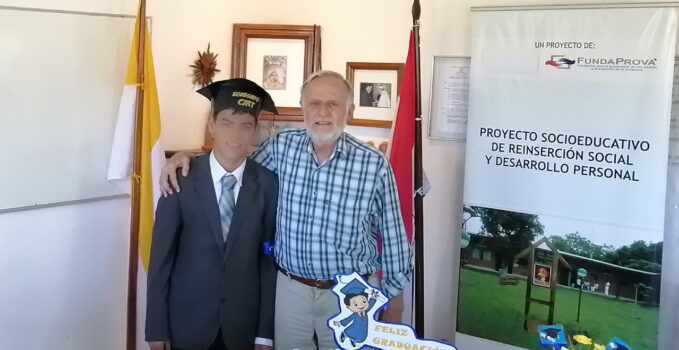 Gratitude, joy, amazement, emotion – the closing ceremony for Cristian, a youth who successfully completed the program of Casa Madre de Tupãrenda (CMT), was marked by great emotions. Emma N., who had hired him to work in the Morel supermarket, where he had completed his internship and then was then allowed to stay the same to work as a baker, was there with him. — 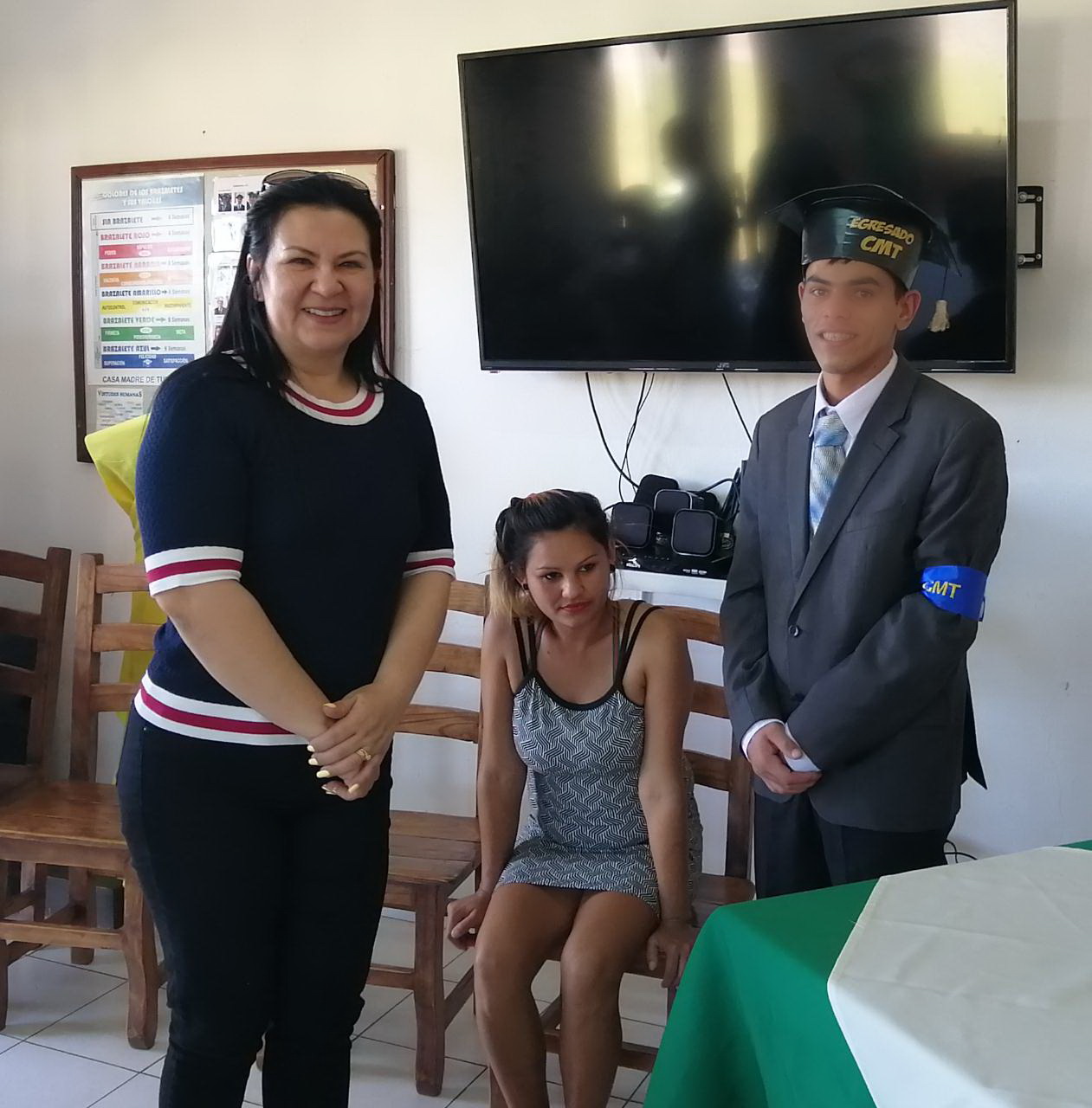 Photo: Cristian with his girlfriend and his employer

In the presence of his loved ones and his godfather Don Pepi (José) Cosp, Cristian was thankful for the support he received throughout the program and also through his godfather, who had resolved to pray for him daily and financed his stay in the program through donations.

Pepi Cosp spoke a few words to his “godchild”, whom he had not known personally until this day, but for whom he had prayed every day since a few months ago when the SOS call was sent to the Schoenstatt Family, when the Casa Madre de Tupãrenda was left from one day to the next without economic support from the State (Ministry of Justice). Like individuals, families and groups in Bolivia, Spain, Switzerland and Germany, Pepi Cosp was touched by the needs of the neediest. Pepi Cosp himself said deeply moved that “every effort, every life project without prayer will not have the expected effectiveness. This is why my wife and I have prayed for him every day since we took over the financial sponsorship for Cristian, and today I am deeply moved to see his performance with the support of this program.” 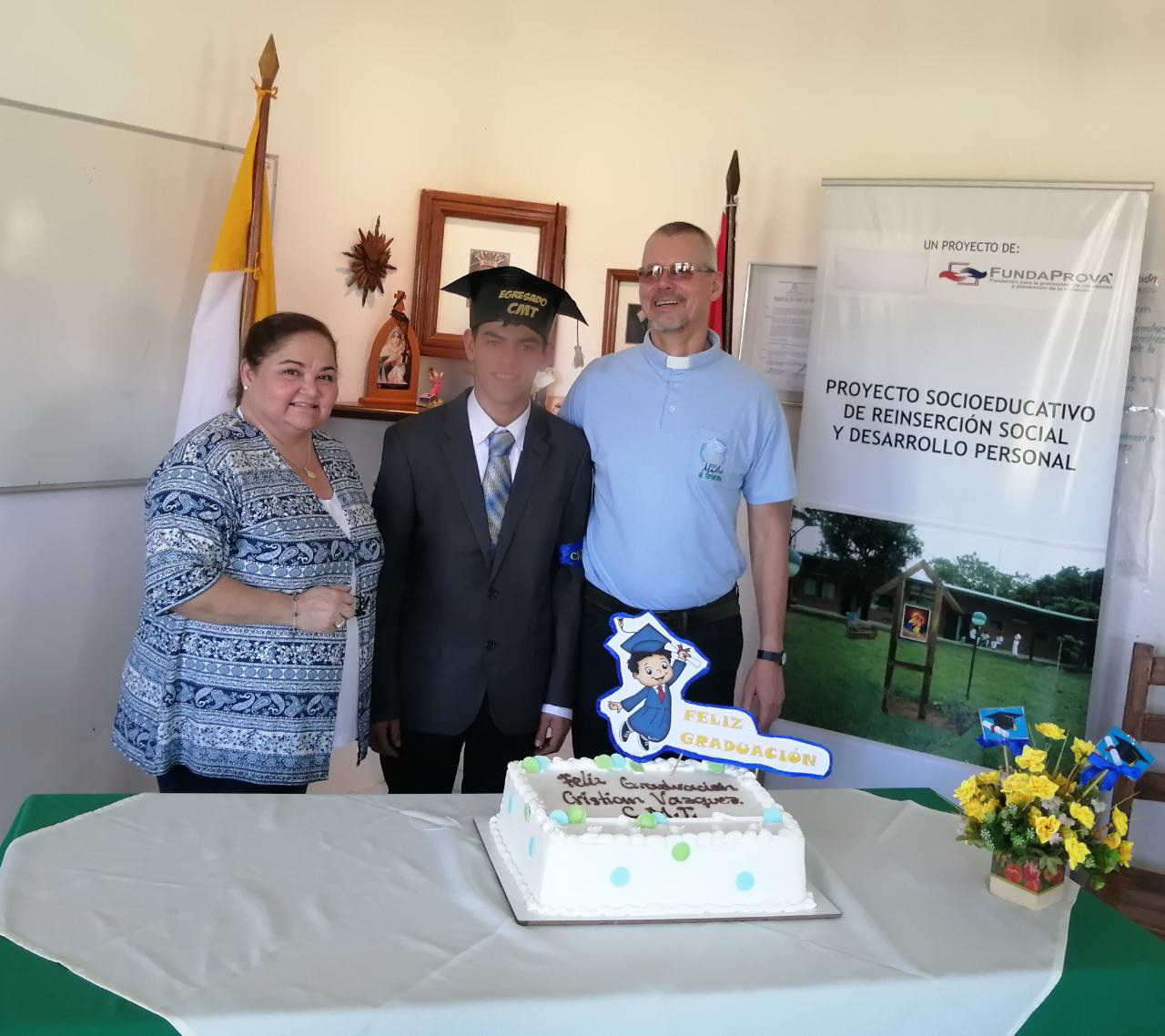 Photo: Cristian with Father Pedro Kühlcke and the Director of CMT, Ani Souberlich

There is something we can do 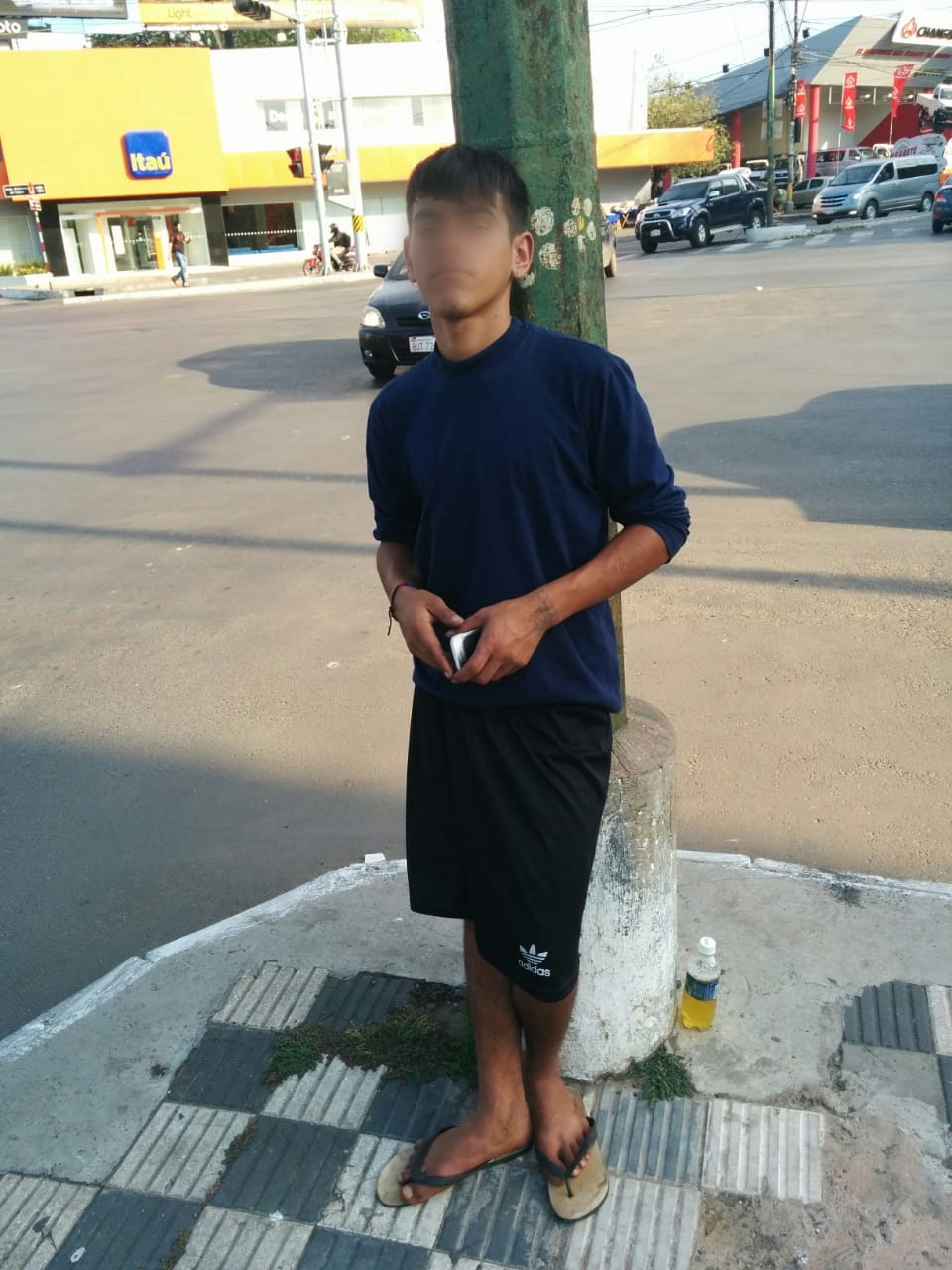 Before CMT, on the street, left alone

The new president of Fundaprova, Dr. José Marín, invited us to continue to support this wonderful work, which has been maintained for several months thanks to the generosity of many people who have worked for this noble cause: “We complain about the insecurity. This is the opportunity to help Casa Madre de Tuparenda, which in three years has managed to bring 30 minors back to society who have landed in prison. They taught them a craft and, above all, taught them to live from their handicraft. This shows that social reintegration is possible. We save them from addiction and crime, but above all from the social determinants that have plunged them into an endless spiral of poverty, addiction and criminality”.

“Prison is a place of misery in the double sense of punishment and suffering, and needs great attention and humanity,” said Pope Francis a few weeks ago. The Holy Father invites us not to forget that many prisoners are alone, have no family or means to defend their own rights: “They are excluded and left to their fate. For society they are uncomfortable individuals, garbage, a burden. But he reminds us that “experience shows that with the help of prison officers and other people, the prison can really be transformed into a place of salvation, resurrection and change of life”, possible through “ways of faith, work and vocational training, but above all through spiritual closeness and compassion, following the example of the Good Samaritan who tended to heal the wounded brother”. An “attitude of closeness” which has its roots in love for Christ, says Francis, and which can awaken in prisoners “trust, conscience and the certainty of being loved”.

This is a reality in the juvenile prison of Itaugua, thanks to the Schoenstatt pastoral work in prison and a true Easter reality in what follows after leaving prison – the program of Casa Madre de Tuparenda that not only gives them an education, but also the affection and care that they have never known. 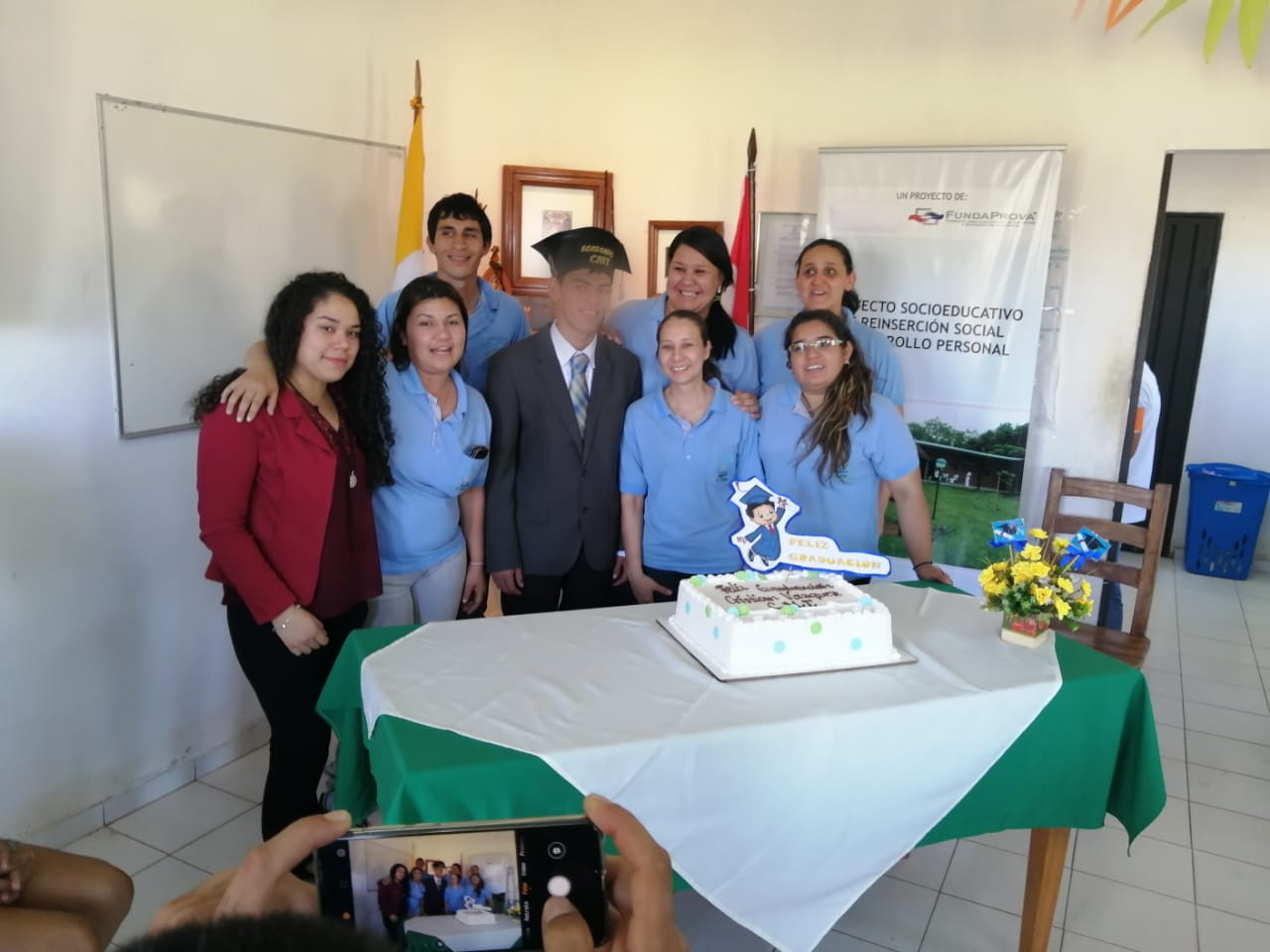 Photo: With the trainers and social workers of Casa Madre de Tuparenda

A huge gift for society

Every human being is a generous work of God’s creation, and a participant who succeeds in redirecting his life, in proposing a goal for himself and in fighting for it, is an enormous gift to society that would not be achieved if it depended only on human beings, because the Blessed Mother has her hands in the game and hopefully she will win more people, such as Pepi Cosp, who will enable us to continue this program for the benefit of the 20 young people who are currently in the house of Madre de Tuparenda, young people who were in prison and who today are taking very important steps to change their situation.

“In the other diocese (Buenos Aires) I often went to prison, and now every two weeks I call a group of inmates from a prison I visited frequently,” says Pope Francisco. “I am close. And I always had a feeling when I entered the prison: “Why them and not me? I could have been there, but I am not there; the Lord gave me the grace that my sins and shortcomings were forgiven or not seen, I do not know. But this question helps a lot: “Why them and not me? 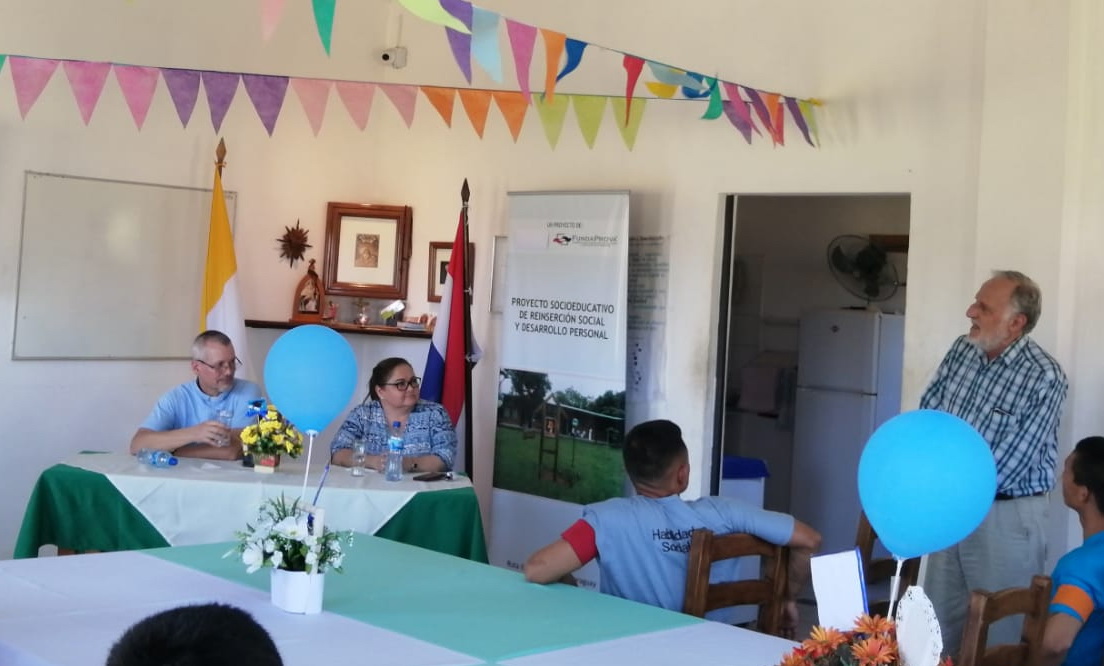 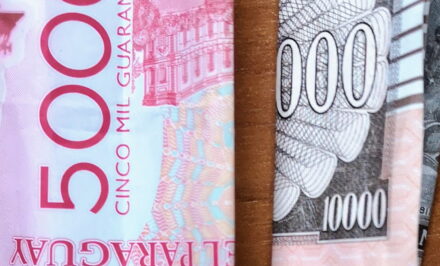 The two little coins of the poor widow 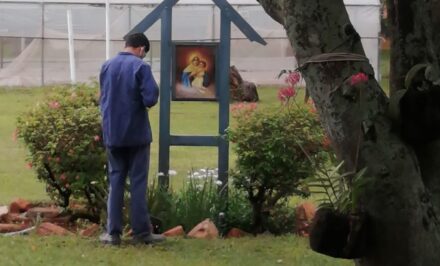 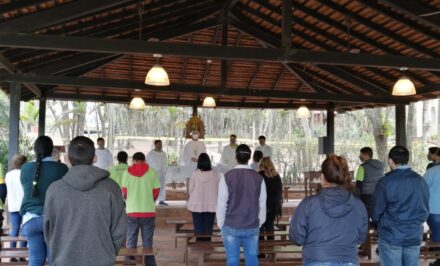