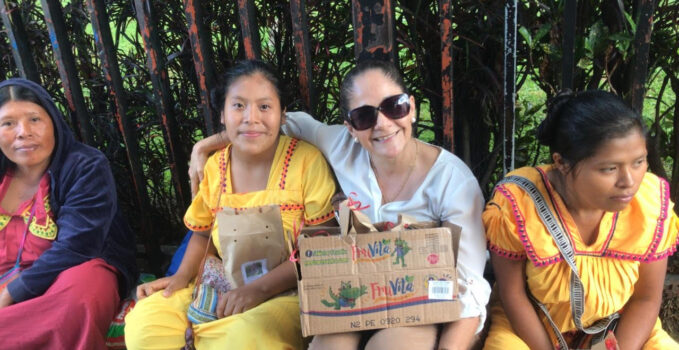 This third Sunday of Advent, my fourth course of the Family Federation of Costa Rica (FIDELITAS course) went out into the streets of the city of San José, faithful to the Gospel of the day that asked us to “go and proclaim”; we Fidélitas went out to meet the neediest to give ourselves with joy. —

In this time of Advent, we rejoice because the coming of the Lord is near and we prepare so many things to receive Him! But we must not forget in this season to open our eyes and look around us; seek for those in need, find the Jesus who dwells in them and serve them. 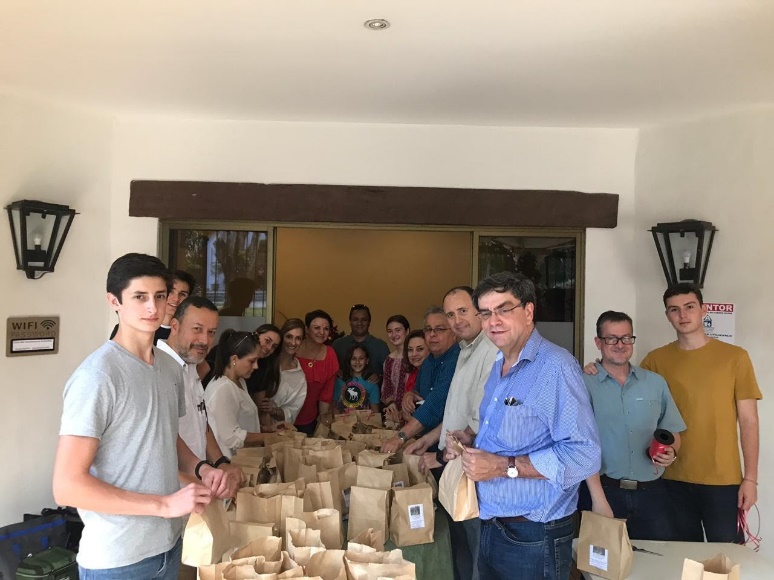 An open door to many realities

With this idea and encouraged by the words of our Father and Founder: “Be a signpost of the way for many people, a bearer of light and joy,” we gathered at the Shrine with some of our children to prepare the goodies that we would distribute.  In this way, together we would put in each bag, a sandwich, a soft drink, something sweet and… a light of hope: a postcard of the Blessed Mother with a particular prayer.

We arrived at the capital city, and we did’t know how to begin… just the fact of being there with our open heart ready, it was like an open door to many realities that were also there waiting for us, thirsty hearts, waiting for someone to look at them, talk to them or simply smile at them.

Outside the Children’s Hospital, Yoselina (main photo), a native adolescent, who came from a very far away town, because she had her baby very seriously ill of the lungs… she smiled after many days of anguish only because someone without even knowing her, was talking to her.

She could be his mother

Miguel, a destitute drug addict, who has lived on the streets since he was nine years old when he lost his parents, shed a tear when he saw the postcard of the Blessed Mother, while we were telling him that although he did not believe in Her… She believes in him, and she could be his Mother. 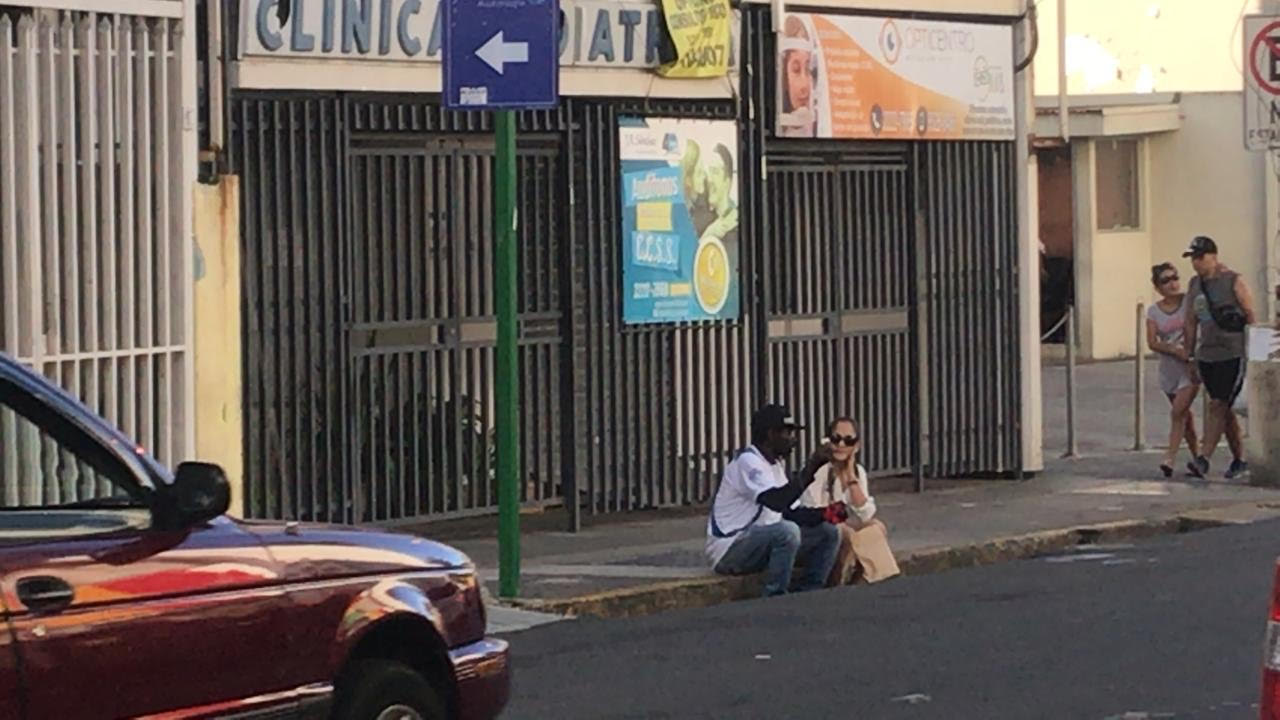 And… we took him to the hospital.

Carlos, a homeless, who was lying in the street, smelly, told us that he had been there for about a week with a lot of pain and diarrhea, but that he couldn’t walk to get to the hospital, which was only a few meters away…we couldn’t help but think; how could he have spent a week lying in the street in pain? How many people have passed by him and haven’t looked, haven’t done anything. He is a child of God!

Carlos, spent a better night that day, we bought him a new pair of pants, helped him change, asked for a wheelchair and took him to the hospital to be admitted. 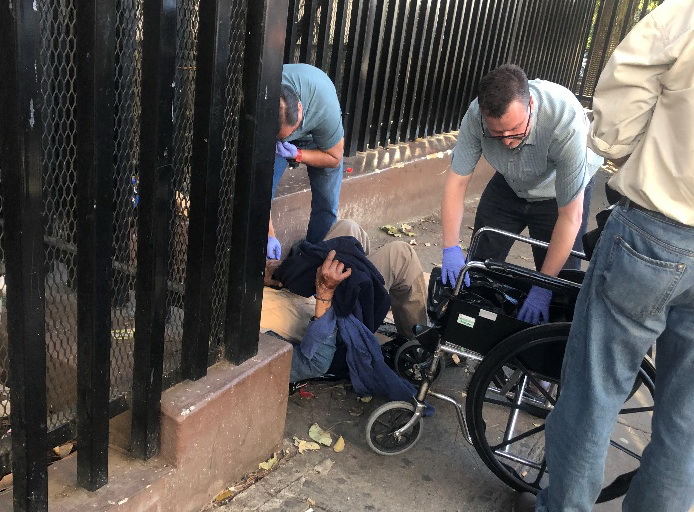 Each one can make the Lord come to the world

We had many other encounters… helping a blind man cross the street, praying an Our Father holding hands with a stranger, giving food to the hungry… each of these encounters was for us an opportunity to lift up the hopeless with the love of Jesus.

And this is how we realize that each one of us can make the Lord come into the world, through our love and understanding.

At nightfall, we left San José, with mixed feelings… we feel very full and satisfied by the good done, but at the same time, we are deeply affected to see the need and loneliness of some. But we are confident about one thing; this day… We ARE CHRISTMAS AT SAN JOSE. 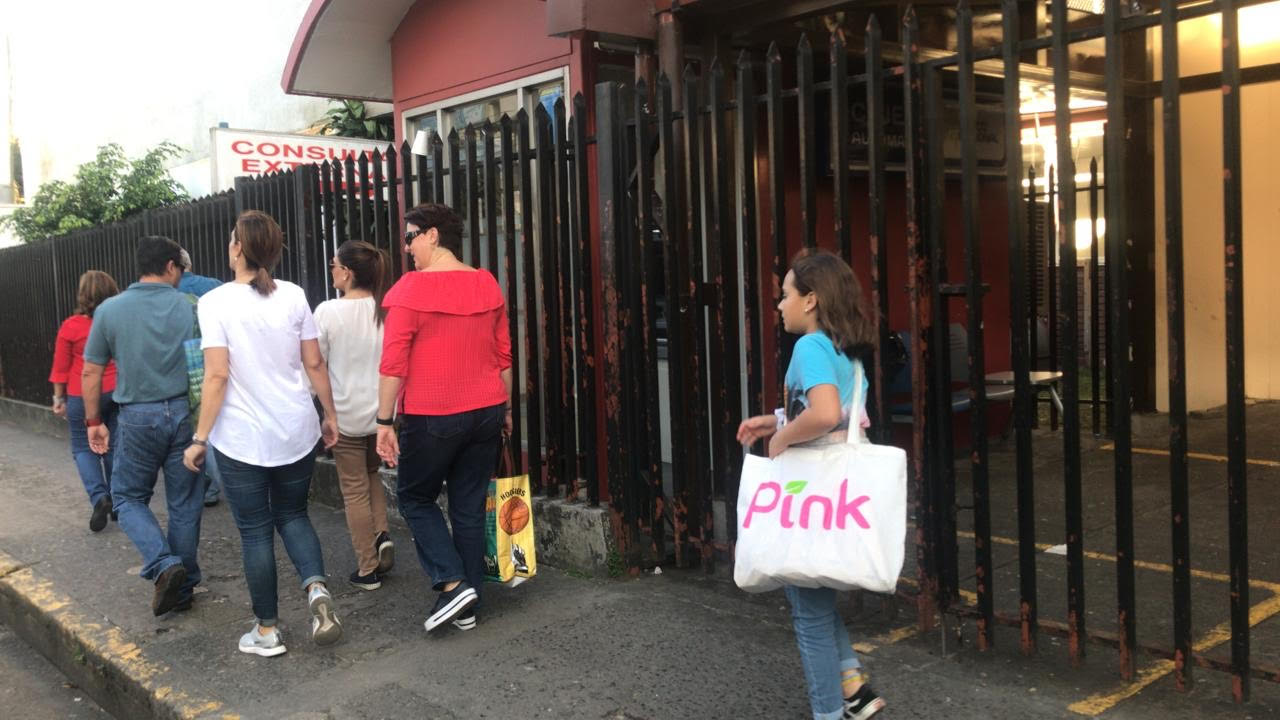