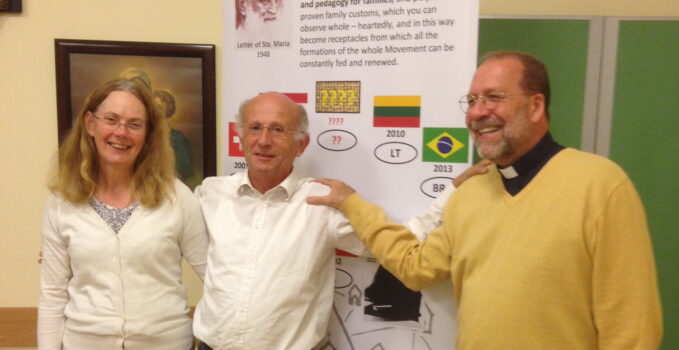 What the Family Academy does with a Schoenstatt Father

The founder of the Academy for Family Pedagogy in Brazil, the Brazilian Schoenstatt Father, Zé Fernando Bonini, reported during  a visit to Vienna about his experiences over eleven years with the Family Academy. —

In 2008/9 he took part in the Eighth Course in Graz. At the time he was parish priest in Frankfurt. He had used his stay in Germany for further training in working with families. More has come of this than he had imagined, and he reported impressively on this to the co-workers in the Austrian Academy.

“That is what we need” – at this moment not just for work in families. At present the foundation of the fifth course since 2013 is in progress. However, Father  Zé told us that the exceedingly rich experience he has had in life with the families also has an effect on him personally as a priest. It is also very important for his task as superior of the Brazilian Schoenstatt Fathers. An exciting and motivating account.