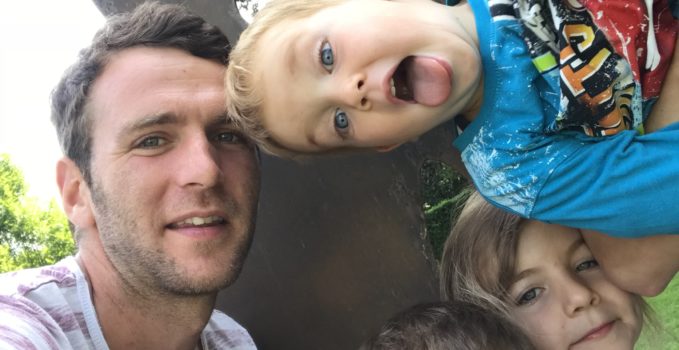 My husband is Catholic, I’m not —We’ll probably return next year for a family weekend like this

A few weeks ago at the Schoenstatt Center in Aulendorf, Rebecca and Stephan Jehle (family photo above), family trainers, organized a family weekend with eight families. All kinds of interesting articles could have been written about it, and then one was published on a participant’s blog.  We publish it here, with the author’s permission. Quite different… very different and very good.—

Here is the original report (and more) by Dagny Locher:

What is special about the Schoenstatt Movement for me as an outsider is the way in which the members are accompanied throughout their lives— no matter their stage in life.
My husband is Catholic. Many are Catholic, I know, but he is really serious about it. When we met, I was worried whether it would work out. I would not necessarily call myself an atheist. I have no need to deny the existence of God. I simply don’t care. That is perhaps even worse. Our only commonality on this topic: the historical person Jesus. He impresses me. If only a fraction of what is written about him in the Bible is true, he was miles ahead of his time…then he was a visionary and revolutionary. But whether he was the son of some supernatural being or rose from the dead does not matter to me personally. Somehow I just don’t feel any need at all to deal with things that exceed my rational thinking ability.

But for my husband, that’s important. Even more, until our children were born, he was involved in the Schoenstatt Movement, an association within the Catholic Church. Father Kentenich founded it as a renewal movement wanting to give the Catholic Church a new, modern face. I have to disappoint all those who are shocked, and automatically think of the abolition of celibacy, gay marriage, and women in the priesthood . Father Kentenich developed his Schoenstatt pedagogy between 1910 and 1920. What was new at that time does not necessarily seem new to us today.

Well that was the starting point. My husband, who from my point of view, is conservative—a strict believer. I, dogmatically, only fall for what can be explained, what can be understood with the intellect. Nevertheless we have made a go of it together. We have been married for a few years now. Yes, even married in a church. The Schoenstatt Father, who married us, really showed a lot of consideration for me. I didn’t have to say: “So help me God,” and so on. I give him great credit for that.

What is special about the Schoenstatt Movement for me as an outsider is the way in which the members are accompanied throughout their lives – no matter their stage in life. As a youth, my husband visited and organized Schoenstatt camps and festivals, participated in Schoenstatt soccer tournaments and canoe trips. He carried a torch from Koblenz to Rome with “Schoenis” (that is what I call them) from all over the world and while jogging prayed for the concerns of various people.

The second stage of life, namely marrying, starting a family, is guided with a similar intensity.

Before the wedding, there were marriage preparation seminars; afterwards there are marriage seminars or family weekends. In fact, I decided to take part in a marriage preparation seminar with my husband for four days before our wedding. I felt rather queasy at the thought of it, but it was important to him. Surprisingly it was a positive experience throughout. Not only was I impressed by how open all these faithful participants— fathers and sisters were to me. Above all, it was really good to deal exclusively with one’s partner and the mutual relationship over a long period of time and to have many very deep conversations in the process.

A “Family Weekend” from Schoenstatters… for everyone

We didn’t talk, as we usually do, about our children, the plans for the coming week, but simply about us.

So and now, after over five years of marriage, we have actually taken part in such a “family weekend.” How did something like this work?

Arrival Friday evening— dinner: there were eight families with us. Most of them were similar age and circumstances.

Saturday breakfast— Then the children go to childcare, which our eldest daughter in particular still gushes about. The ratio of kids to childcare workers was 2:1, as well as a wood workshop, handicraft corner, painting corner, playroom, playground… so it’s hard to beat it. Meanwhile the parents hear a lecture about marriage. Contents: How can positive and supportive togetherness be maintained, despite stress in everyday life and little time for togetherness, love, and tenderness? After the lecture: Time for togetherness as a couple. We walked for one hour. We didn’t talk about our children, the dates for the coming week, as we usually do, but simply about us. One question was, for example: In which situations does my partner feel particularly loved by me? How can I fill his “love tank”? Will we be able to establish a fixed date in the week for “time for togetherness”? Afterwards, the couples discussed what they could take with them from the lecture with the rest of the group. Whoever wanted to say something, could do so and whoever would prefer to stay silent, could do that too.

The morning therefore offered time and inspiration for us as a couple. We then spent the afternoon with our children. Playing, talking, tinkering…not doing laundry, cooking, and cleaning up.

On Sunday morning, there was again time for togetherness, which was similarly organized as on Saturday. After lunch, this relaxed, pleasant, and inspiring weekend was unfortunately already over.

I find the idea of being given preventive help in shaping a marriage captivating and not just when the crisis comes. Actually everyone knows that a partnership that has been functioning for many years is not a self-runner, nevertheless you rarely take the time to really put energy into the partnership. However this is made easy on such a weekend as this by the organization and the impulses in terms of content. In the Schoenstatt Movement, such family weekends are offered regularly. So whoever wants can participate in such events several times a year. Of course, “non – Schoenis” are also allowed to participate, nevertheless if my husband were not also a “Schoeni”, I would probably never have the idea to participate in such a weekend. First I wouldn’t even know that such a thing existed and second, I probably wouldn’t dare. For the normal average family, there are such offers. But it is absolutely uncommon to participate. The offers are from the church most of the time, which discourages many. If the offers are not church organized, they are usually too expensive. The child- care, the speakers, the organization on our family weekend was practically free. However this is only possible because people are committed to the subject of the family on the basis of their faith.

But I think it would make a lot of sense if such offers were more widespread. The divorce rate in Germany is about 40%. This is not counting couples with children who separate at some point without ever having been married. I think the number of separations could be reduced, if couples or families could regularly attend accompanying courses, weekends or the like, and I think the state should subsidize it. That would surely make financing easier.

Why would the state do that? Because there is an economic benefit to having intact families.

The risk of poverty in old age among single women is particularly high. A study by the Bertelsmann Foundation predicts that by 2036 almost one-third of all women in old age will be receiving state benefits. Most of them will be single. Fewer women living alone translate to less expenditure for the state.

If old people are cared for at home, this is much cheaper for the state than care in nursing homes or the like. Statistically speaking, people who live in a partnership and/or have children do not go to a nursing home until they are older. Many do not, because their relatives care for them at home until their death. Intact marriages and families thus relieve the burden on health care insurance funds.

American psychologists evaluated 148 studies. The result: Loneliness makes you ill. A lack of a social network has similar effects as fifteen cigarettes a day or alcoholism and is almost twice as harmful as obesity.1 Loneliness is therefore something that places a heavy burden on health insurance companies. But what helps to combat loneliness better than a well-functioning partnership or family?

We have decided to get up ten minutes earlier in the morning during our family weekend. All three children are still asleep. We light a candle, have a drink, talk a little and consciously give ourselves a few minutes of time. We will probably participate again in such a family weekend next year.

Not only, but also for financial reasons, the state should have an interest in ensuring that this is not the privilege of a few families. 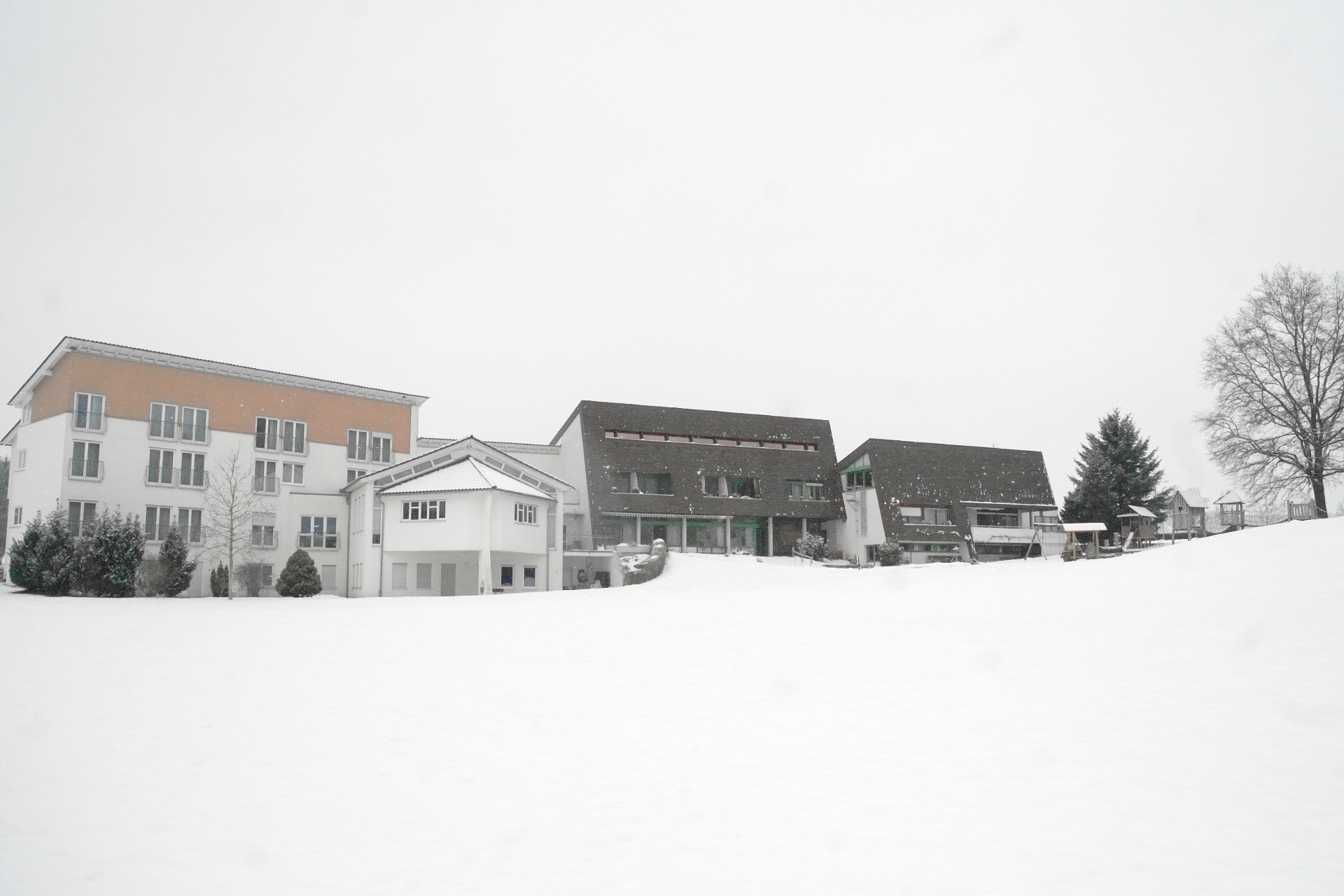