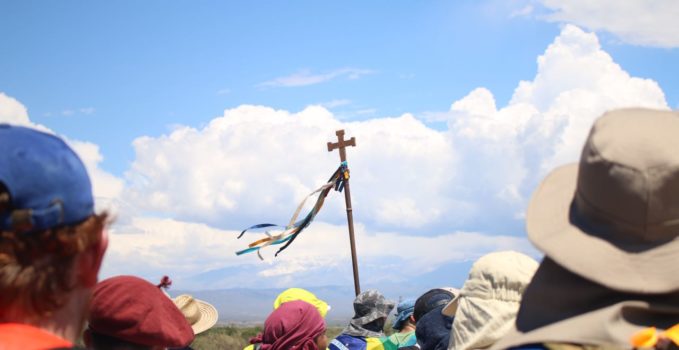 Thanks to one of the participants of the Boys’ Youth’s Cruzada de Maria (Mary’s Crusade) from Latin America, José Argüello, a member of the schoenstatt.org editorial team, we received the following report. Martín Mateu, who was part of the organizational logistic team of Cruzada de Maria in January 2018, wrote it. Even after half a year since the event that we shared intensely on schoenstatt.org, the testimony written at the time of the experience is worth gold. —

Day 6: Picheuta – Punta de Vacas. Last we finished dinner and the rain came again. Today I took off at 2:00 am. I was sleeping in the car when, in the middle of the night, I saw a light shining directly in my face, I instinctively tried to grab at it with my hand, but I could not reach it, I nudged Fran Verdaguer, but he was deep in asleep, and he didn’t react. Seconds later I became aware of time and space; it was a car coming towards us. –

I thought we might be assaulted. The car stopped, a woman lowered the window, and asked: “Are you the ones who are walking to Chile?”  “Yes,” I responded. “Ah! I’m Mauro Costa’s mother, I am bringing his medicines.” What??! (I thought). “OK, I’ll give them to him,” I responded.

Two hours later, time to get up! The sky was still starry. I thought, today will be a great day.  Thirty-two kilometers of mountain and sun awaited us. Everyone got up. Some had taken over a corral to protect themselves, others slept in the rain. There was one person injured, Gilberto. Breakfast, prayer, departure. We loaded up and left, (everything was going well. Millhouse, I thought). I gave them water and continued to the Punta de Vacas 4th Gendarmerie Squadron. Recently they had confirmed that they would provide lodging for us (off the record, of course).

I arrived, and I saw that Tincho had not gotten down. “They will not provide a place,” he told me. I went, I asked, and I confirmed that they would not provide a place. I called Fr. De Majo, the gendarmerie chaplain, who had made the contact. I explained the situation, and he came. We began to make lunch at the security booth as a sign of protest. I took them water again. Another person was injured: Lucas Paternó. 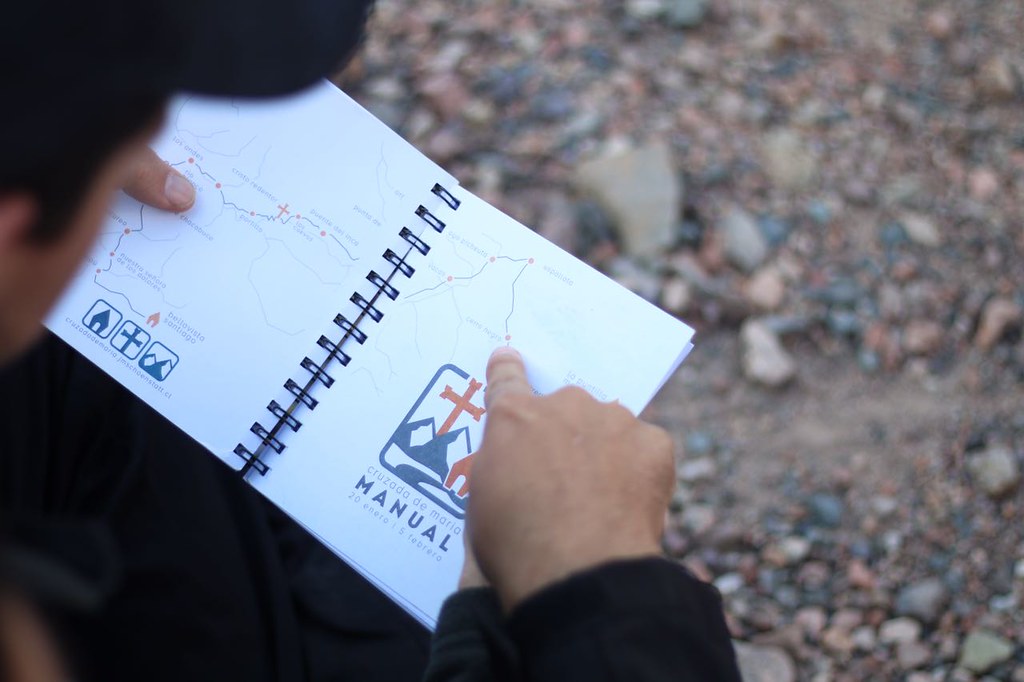 There is no place to sleep, please pray

They recommended we speak with Daniel, the school guard. We asked where he was, and we finally found him. He is a simple man; he told us that he did not have the key, and that the principal was on vacation. We went to ask at the post office, Aconcagua park, and the sheds without access roads…there was no place. I returned to take water. Gilberto continued in Picheuta with the rest of the bags. It was 1:00 pm; we still did not have a place to sleep. Fr. De Majo arrived, he blamed me for the situation, and he insulted everyone; I doubted he was a priest. “Calm down, I told him, the Blessed Mother will not abandon us.” He called the bishop and Lt. Salinas. No one answered; he goes and leaves us.

I am very calm, certain that something would happen. I took water for the last time. I looked for Fr. Tommy and I told him: “there is no place to sleep, please pray.” He looked at me, and he transmitted confidence. I returned. Lucas saw that the fence behind the school was torn; we took a chance and began to unload and prepare lunch. Suddenly a woman from the school came out, she looked at us and asked: “What are you doing?” I told her who we were and where we were going. She told me she was the principal of the school. I took a chance and asked if she could provide a place to sleep, she agreed, and she opened the school. We did it. Thank you, Blessed Mother.

Ten minutes later the crusaders arrived. It was 3:30 pm; upon retrieving Gilberto (I was concerned we had lost him forever), meal, nap, Mass. Cook the lentils…today was an incredible day. Tomorrow Puente del Inca awaits us. 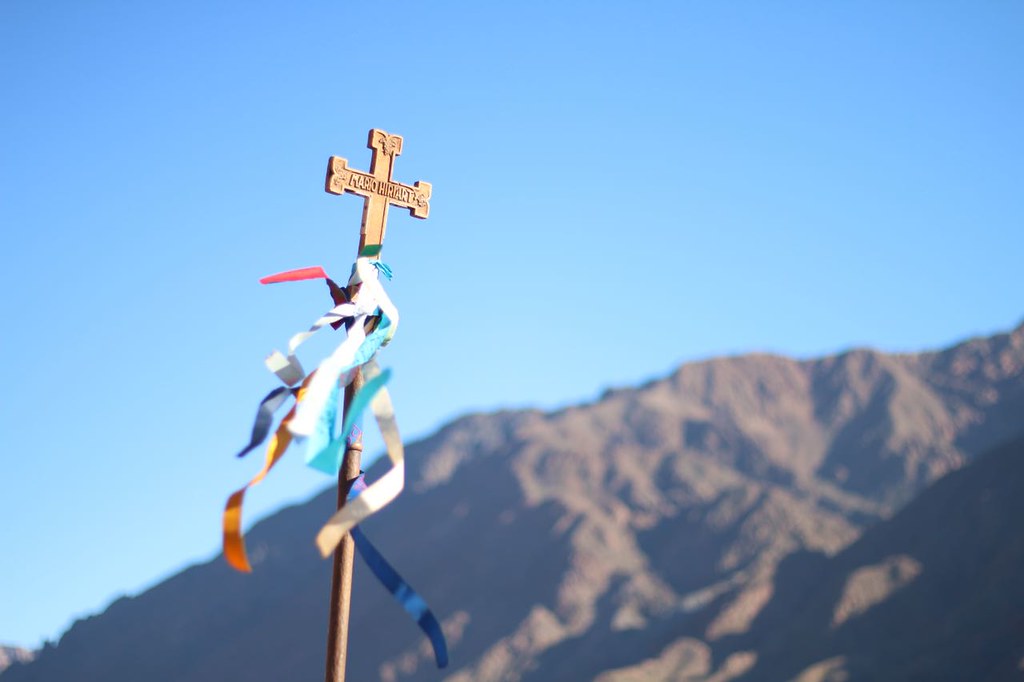