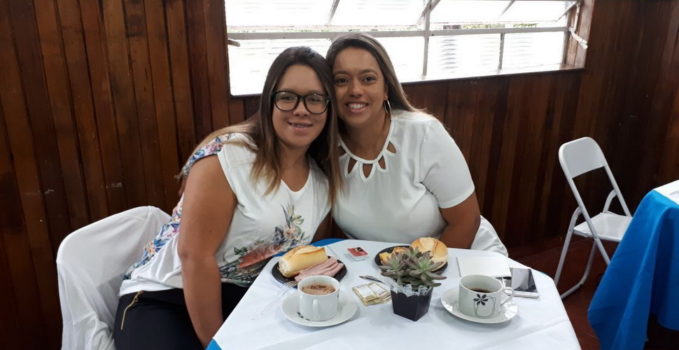 Coffee and Conversation: An experience of love

From Jaraguá in Brazil, the Family Branch carried out Coffee and Conversation for mothers and children. The event was held on Sunday, 15 April, in Jaraguá’s Sion Shrine. 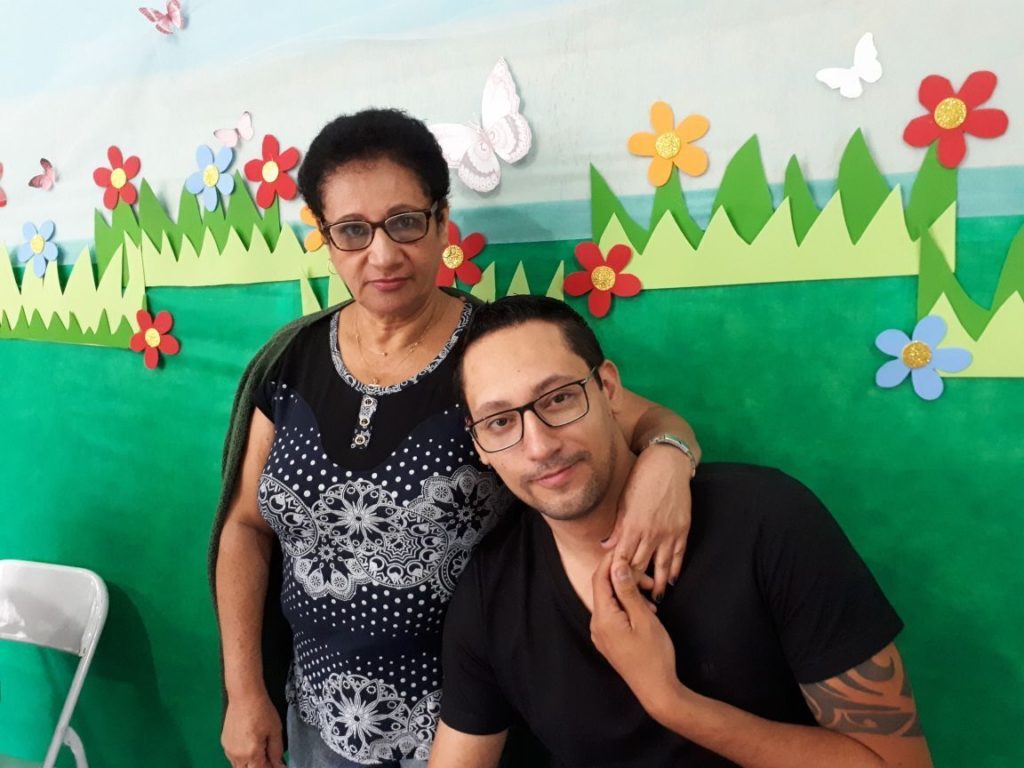 Twenty-one mothers along with twenty-nine children participated. More than just conversation, this experience proposed that they get to know one another and be known, so that a mutual love would grow and flourish.

The children’s ages ranged from 8-34. Antonio Carlos Vicente and Sueli Vilarinho, with the presence of the adviser, Mrs. Raquel Padilla headed up this event.

The gathering began by setting the stage for a skit entitled: “The Elf and the Bridge.” In this story, the mother always intervenes alerting and guiding the child to school. Finally the elf’s mother also encourages him to go to school. It shows the mother’s role as an educator and motivator.

And for the children: Children, do you know your mother? What was/has been the best thing about your childhood? Is she happy with her work?  Is it compatible with motherhood? What is she afraid of? What presently is her greatest dream?

This is a sampling of the twenty-five questions that was carried out during breakfast. If either one of the two did not know the answer, it was a time for a chat.

There was also a version of the telephone game showing how dialogue can be misunderstood or distorted. Another excellent experience that made an impression was a game of “Voley-sabana” (a kind of volleyball) to stimulate teamwork with a common goal. 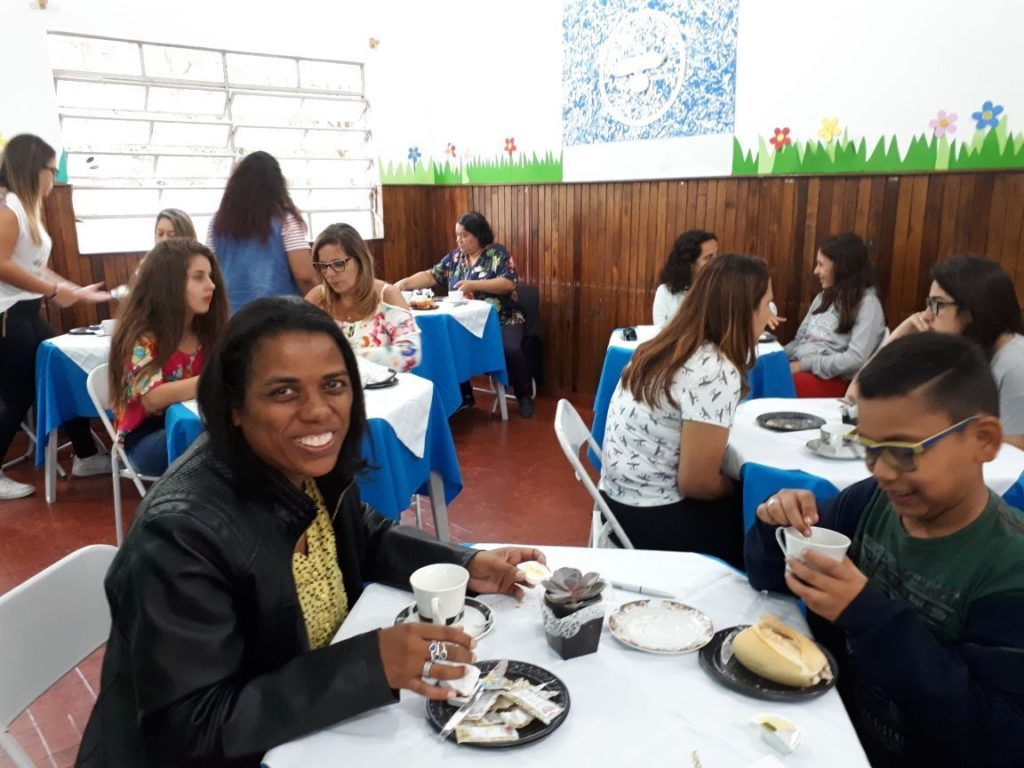 In a moment of trust in the Blessed Mother, the mothers were invited to crown Our Lady as Queen and Educator, and they entrusted their greatest difficulties on a heart offered during the Mass and the year of the capital of grace.

At the same time, the children crowned their mothers as “queens of the home,” for the importance that they have in the home and in each of their lives.

Finally there was a consecration to the Mother Queen, Educator and Victress, Thrice Admirable of Schoenstatt, who accepted the gift of love of each mother and child.

The project “Coffee and conversation” originated in Poland; the families of the Schoenstatt Apostolic Movement of that country created it. In Jaraguá, the original idea of the parents and children was adapted, also for mothers and children and between spouses…always promoting family bonding and growth. 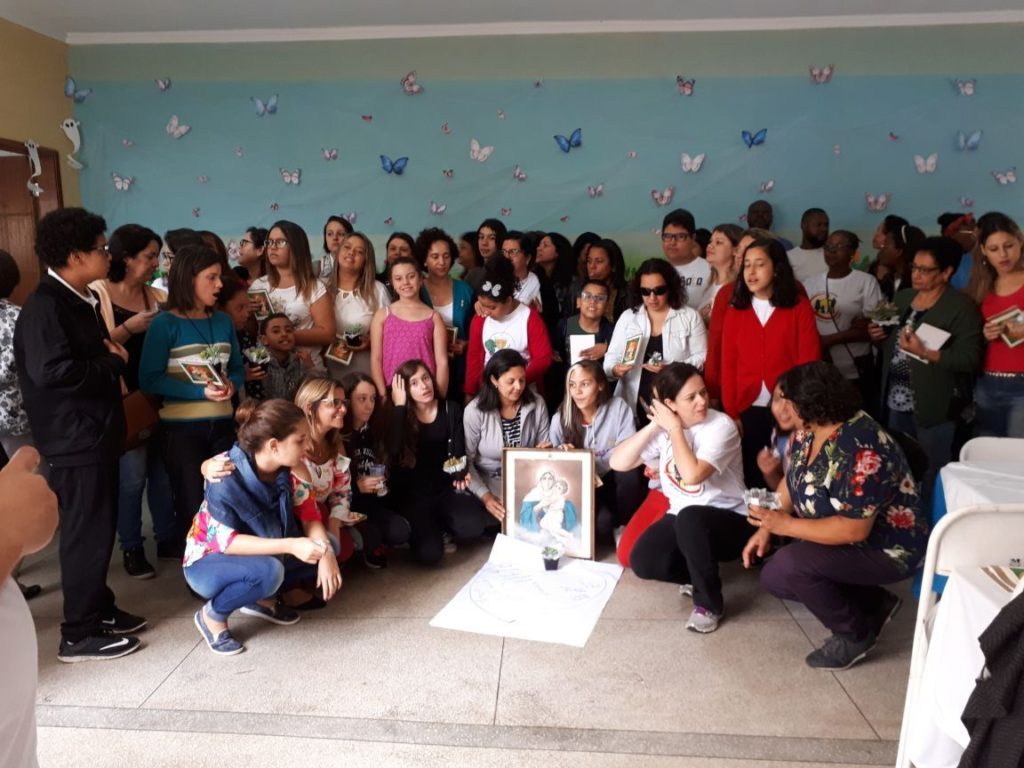 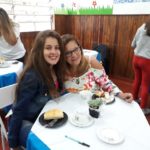 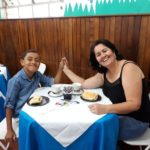 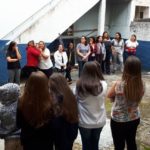