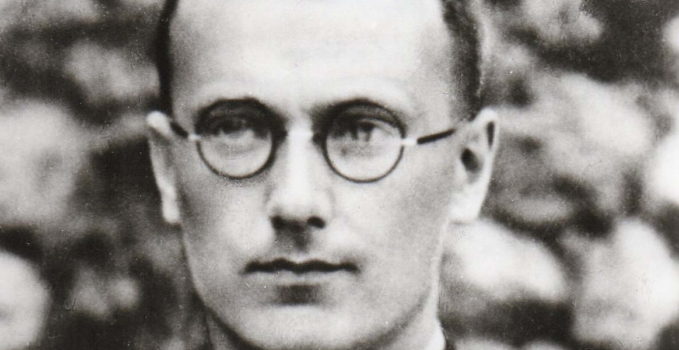 “Franz Reinisch Blew me Away” 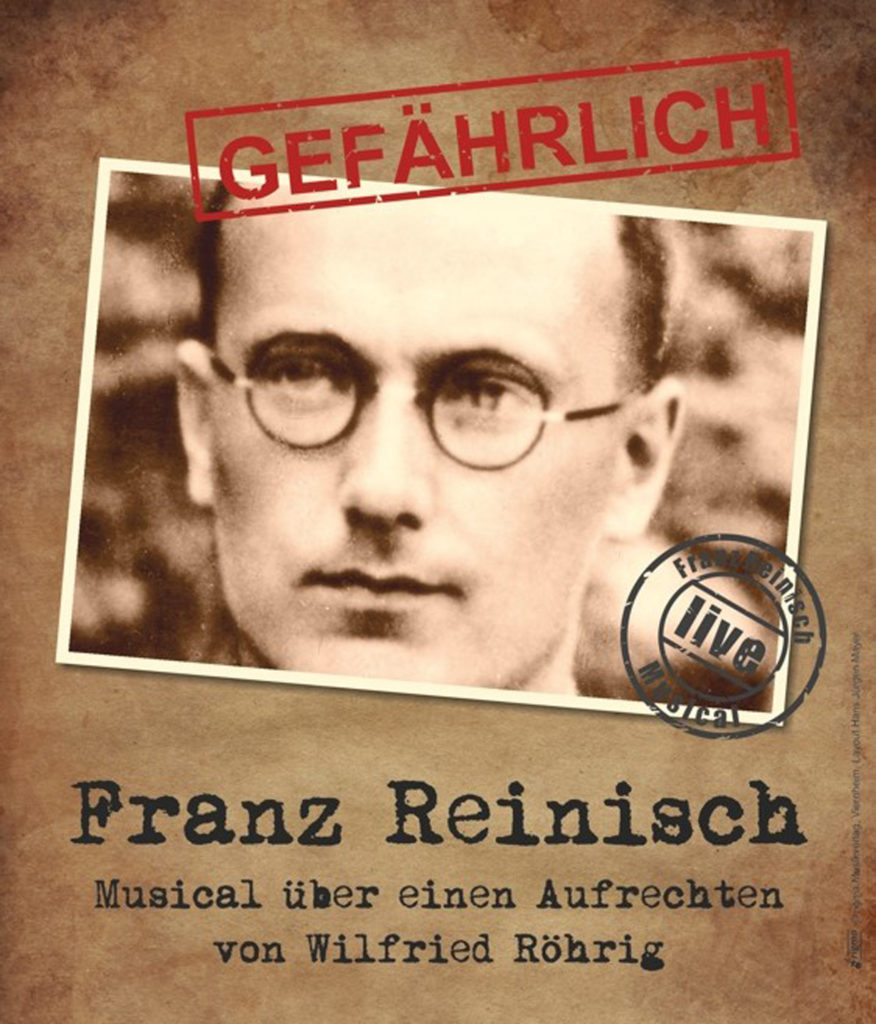 Two weeks ago we first published a report on “The Musical of an Upright Man”. Thanks to information provided by Fr Armin Haas of the Schoenstatt Priests’ Federation, and material from the regional dean, Fr Martin Emge, of the Schoenstatt Institute of Diocesan Priests, we published an article on this musical about Fr Franz Reinisch, a person who was both upright and dangerous to the Nazi “Reich”, and an equally creative and inconvenient thinker, because of his passion for freedom and obedience to his conscience. He remains inconvenient and dangerous today, and not just to the Nazis.

In the following interview of the Press Office of the Wurzburg Diocese (POW) with composer and author Wilfried Roehrig, he talked what had moved him to compose this musical about a priest who had refused to take the oath of allegiance to Hitler, and why the premier will take place in Bad Kissingen.

POW: You wrote a musical about the Pallottine Father, Franz Reinisch, who was the only priest in the Third Reich to refuse to take the oath of allegiance to Hitler. Where did you get the idea?

Wilfried Roehrig: It was the tenacity of one of Reinisch’s admirers, Franz-Josef Tremer from Fuchsstadt, who set the ball rolling. He called me a number of times, sent me emails, and insisted time and again that I had to write a musical about Franz Reinisch. He simply didn’t leave me in peace until I said: OK, I’ll take a look, read a couple of books and articles, and then decide. One thing was certain, I would only take it on if I were convinced that such a project was timely. It had to grab me inwardly, otherwise it was impossible. The more I read, the more I went into things, the more it blew me away. To be more precise: Franz Reinisch blew me away.

POW: The premier is on 14 April in the Kurtheater in Bad Kissingen. Why there?

Roehrig: The 21 August 2017 was the 75th anniversary of Franz Reinisch’s death. It was not possible to put on the musical around this date. When I looked at my diary, I hit upon 14 April and thought: It dovetails nicely! Franz Reinisch was ordered to report for duty at the medical section of the Bad Kissingen barracks on 15 April 1942. He decided to arrive a day late (“This government has no right to order me to do anything.”), and immediately after his arrival stated clearly that he was not prepared to serve in the army, and that he would refuse to take the oath of allegiance to Hitler. At that point – theologically speaking – his Way of the Cross began. It ended with his execution in Berlin-Brandenburg. Franz-Josef Tremer and Fr Armin Haas contacted the adminstrators in Bad Kissingen and found great openness for this project. The Kurtheater (Spa Theatre) is situated between the station and the former barracks. Even though we have no documentary evidence, it is certain that Franz Reinisch walked past the Kurtheater.

POW: Reinisch was condemned to death by the Nazis, and was guillotined in 1942. Why is this so topical today?

Roehrig: Ultimately we are concerned here with the difference between “existing” and “living”. If you only exist, you jump on every bandwagon and save your skin no matter what. You live by your wits and constantly make compromises. If you live, you stand to your convictions. In the musical you will come upon the statement: “love, freedom, walking tall, don’t come cheap.” For me that is the heart of Reinisch’s story. However, the musical doesn’t just deal with his uprightness and his rejection of the oath of allegiance to Hitler. We see the story of his whole life – his childhood and turbulent youth, discovering his vocation to the priesthood, his ups and downs, his recklessness and his doubts, the question of the sources of his strength, and those who accompanied him. I realised at some point that the whole of Franz Reinisch’s life can be seen against a screen from which I can read my or our life.

POW: What do you mean? 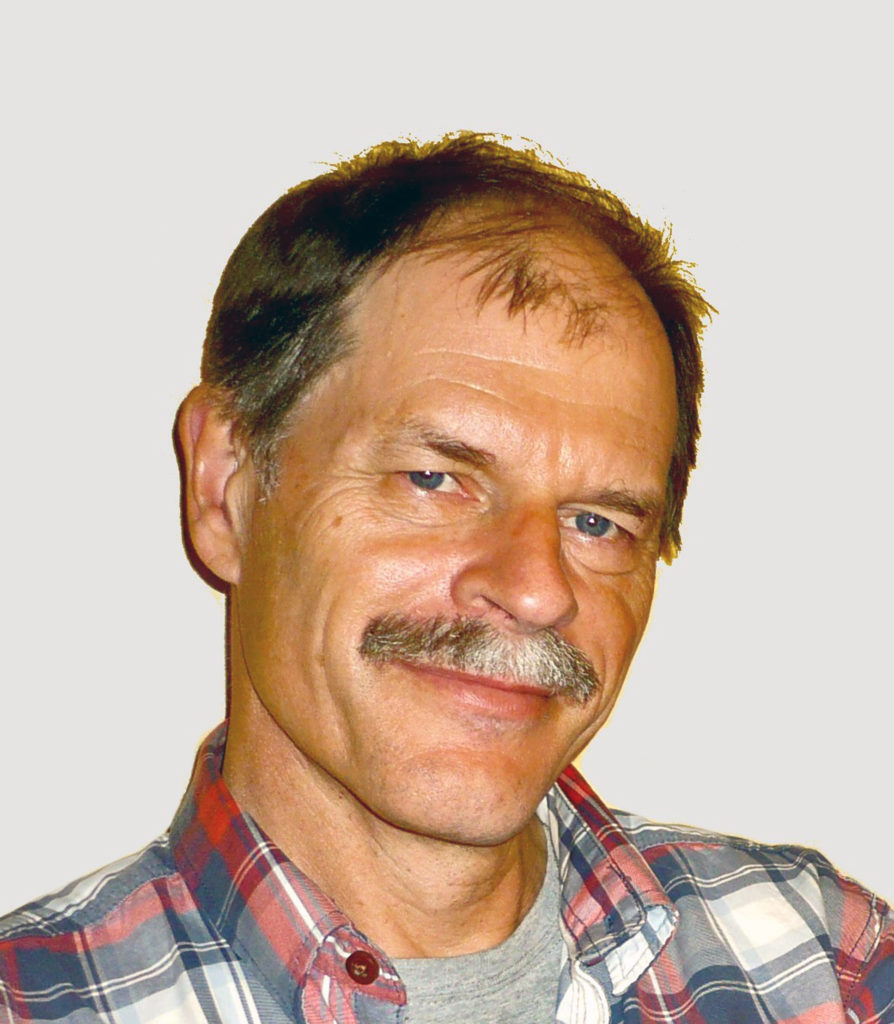 Roehrig: We are dealing here with a whole catalogue of questions that apply to each one of us. What is my vocation and how can I discover it? How do I deal with propaganda or fake news? How do I cope with populism and populist tendencies? What about freedom and self-determination? What place does my conscience have in my life? How sensitive am I to my inner voice, the voice of my soul? Where do I get the strength to go my own way? What has faith to do with politics and social processes and developments? What about obedience to secular and church authorities? How do I deal with my limitations? What do “discipleship”, “self-surrender” and “sacrifice” mean to me? What is our task here and now?

POW: It’s a difficult subject. What is the point of going to this musical?

Roehrig: You are right, it isn’t light entertainment, which is what you usually associate with a musical. For me it was important, besides the drama and the songs, to stage elements of dance. That is the reason for presenting it as a “musical”. On the other hand, we have to ask in principle: How do you measure the value of attending a musical? The way I see it, a successful musical takes the audience on a journey and offers them people, sets, songs, moods, and projection surfaces for their own (inner) world. Franz Reinisch and his biography, the way he walked tall, are a provocation and challenge, awakening agreement or protest. Those who are able and want to confront themselves with this process will certainly benefit from attending this musical. I am personally very eager to see how the people who attend the musical take it in, and I am looking forward to the feedback.

Wilfried Roehrig, born in 1955, is an author, composer and musician from Viernheim, Germany. He is married and the father of five children. He teaches Catholic religious studies and sport at the Albertus Magnus School in Viernheim. Roehrig is involved with church life, and among other things with the project “Searching for God’s Traces” in families, as well as in the working group “Kontrapunkt. Neue Geistliche Musik” (Counterpoint. New spiritual music) in the diocese of Mainz. As an author and composer he has published many Christian pop songs, musical comedies and musicals through rigma-Musikverlag www.rigma.de (rigma publishers).

A Sign of Protest Against Every Form of Opportunism and Bootlicking