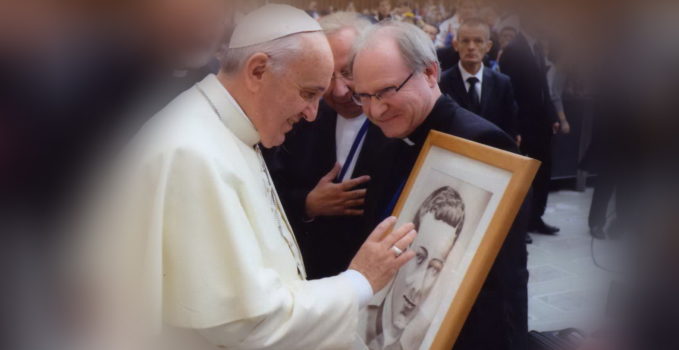 A Sign of Protest Against Every Form of Opportunism and Bootlicking 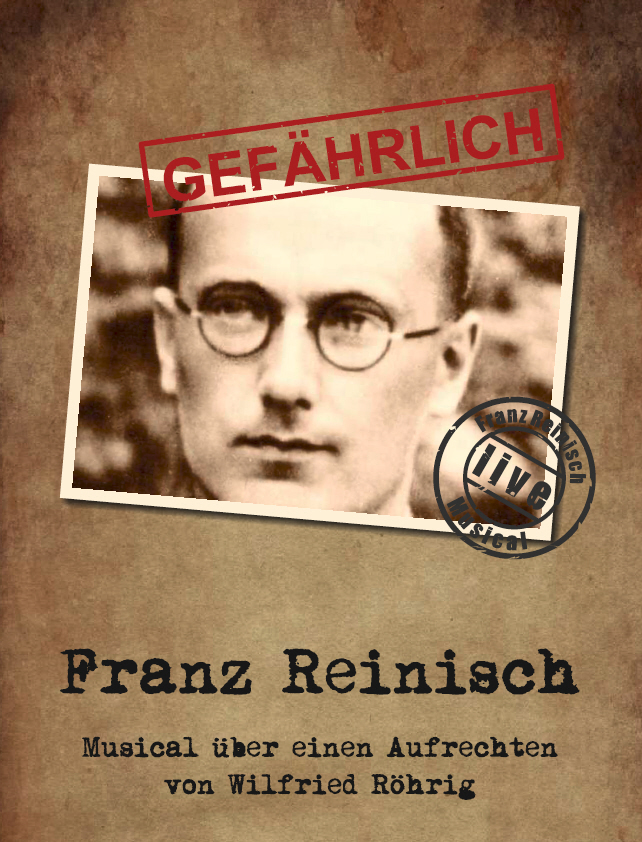 “If you get involved with him, you can’t turn back. He is dangerous because he is unbribable and relentless when the truth and the voice of the conscience are at stake. The way he stood at the scaffold is a sign of protest against every form of opportunism and bootlicking”. These were the words of Fr Martin Emge, regional dean in Forchheim in the Archdiocese of Bamberg when I spoke to him about Franz Rsinisch.  “He really captures you. My first conscious experiences with Fr Franz Reinisch can be traced back to the 1980s. I first heard of him while I was working with the Schoenstatt Youth. I remember how he impressed me and attracted me as a young man: his marked spirit of freedom, his very human passions, his youthful pranks, his radical nature and ultimate consistency with regard to the inner voice of his conscience.”

Thousands of young men (and women) in Latin America belt out his hymn enthusiastically: “Let me be an apostle, I am your knight, and dying I shall smile: O beloved MTA!” They probably don’t particularly want to die smiling as they sing his hymn, but their voices resound with the trusting radical spirit of Franz Reinisch and fills their hearts as they sing out their love for Mary and Schoenstatt.

On 9 August 1942, twelve days before he died, Franz Reinisch composed this hymn in his cell in the Brandenburg prison in Berlin. It was his “song of homecoming”. He knew he was to die for his convictions: executed by those who could deal with all but those who were inwardly free and upright. He had in mind the readings for the feast of the Assumption (Revelations 12 – the Great Sign) as he wrote a hymn of praise to his heavenly queen on a scrap of paper. In front of him lay a small holy card of the Schoenstatt shrine. In three verses he extolled Mary as the Great Sign in the heavens. Shortly before he died he prayed his personal version of the prayer: “My Queen, my Mother”:

“My Queen, my Mother and Queen of my heart, I consecrate myself entirely to you – my eyes, ears, mouth, hands and feet, my mind and my will, my freedom, my good name, indeed my whole heart and my life. They are all yours.”

A musical about an upright man

The first performance will take place in Bad Kissingen, the place where he refused to take the oath of allegiance to Adolf Hitler. Fr Armin Haas, a member of the Schoenstatt Priests’ Federation, brought along a pile of invitations to Schoenstatt for the “Musical about an Upright Man” by Wilfried Roehrig, which will take place on Saturday, 14 April 2018 in the Spa Theatre. The musical relates a story about Easter 1946, the first Easter after World War II:

A Pallottine Father has a special mission for this journey. In his briefcase he is carrying an urn with the ashes of a confrere from Berlin to the West. On the way he meets a young couple in Magdeburg. They were trying to get to Hamburg. The three began to talk about the “dangerous cargo” in the priest’s luggage: Franz Reinisch had been executed on 21 August 1942 in Brandenburg for “undermining military morale”. He had refused to take the oath of allegiance to Hitler.

During their train journey and at night on the road the exciting biography of Franz Reinisch is gradually revealed: His turbulent youth, his search for his calling, his protest against the Nazi dictatorship and its hangers-on, his increasing conflict with the authorities that finally led to the sacrifice of his life – a modern, authentic and awkward prophet, who felt bound by God and his conscience.

The musical is not just a pious dramatic work; it is entertaining, it makes demands and has been thought through at depth. At the same time it is a “dangerous reminder”, an appeal for honesty and uprightness, for a world in which all have a right to life.

When Christians take a stand in everyday life

“If you embark on a journey with Fr Reinisch, it is not without its dangers. What finds thrilling expression in the Reinisch musical by Wilfried Roehrig is intended to awaken moral courage and motivate Christians to take a stand in everyday life”, Fr Martin Emge remarked.

You don’t need to ask many questions; it is obvious that we are not dealing here with history, nor even in the first place with the biography of a person who felt such an obligation to obey his conscience and carry out his mission in life that he was ready to die for it.

“Are we really free in forming our opinion? Our information is filtered through TV and the press, and at times purposely faked”, Fr Emge continued. “If we want to belong, how free are we in our society that tries to dictate what we have to think and how we are to live through our milieu, factual constraints, and mainstreaming, through the way it evaluates religion and morals, etc.? Although I live in a country that is fundamentally free and democratic, my ability to live freely and shape my life independently is constantly challenged.” 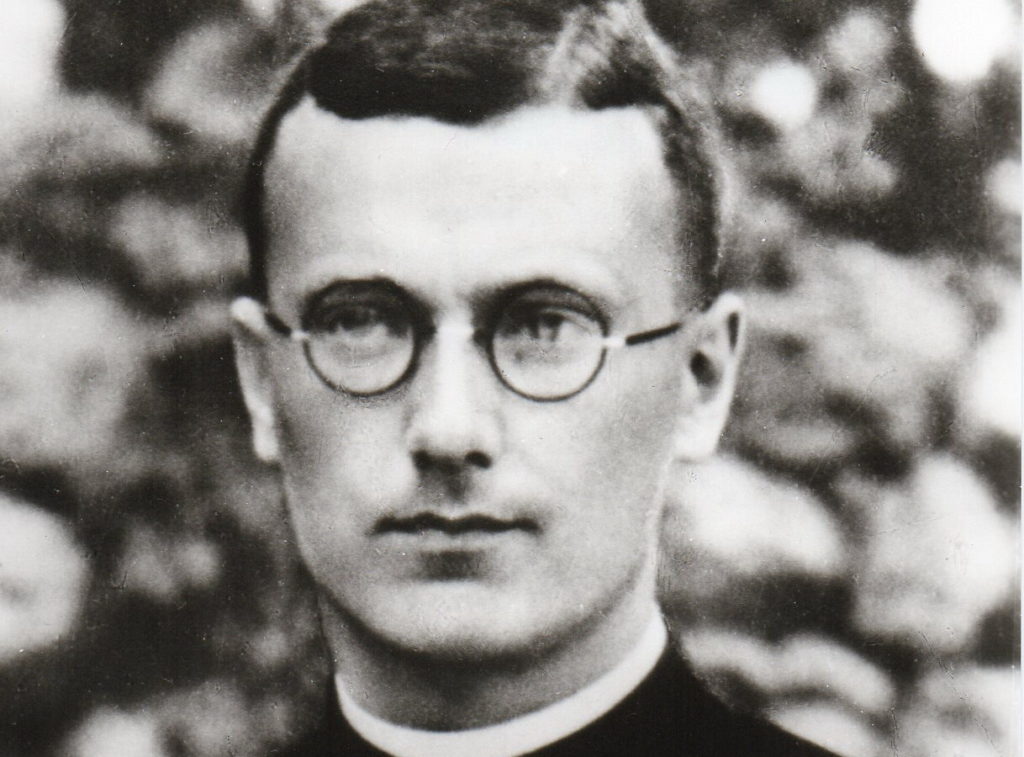 He got his love for freedom from Kentenich

In a talk he gave in Wilten, Fr Emge highlighted the connection between Franz Reinisch and another freedom fanatic, Fr Joseph Kentenich.

“As a Pallottine Father, the newly appointed youth chaplain got to know Schoenstatt in 1933 through a periodical for priests. The spirituality it described awakened his interest. On 21 August 1934 he witnessed the burial of the remains of two Pallottine students who had fallen in World War I, Hans Wormer and Max Brunner. On that same day, eight years later, he was to die, and the urn with his mortal remains finally came to rest next to these heroes. In Schoenstatt he got to know Fr Kentenich, who became his spiritual mentor. From him he learnt inner freedom in a particularly formative way. As Fr Kentenich had put it: “We have to be free characters. God doesn’t want galley slaves, he wants free rowers. (…) We are well aware of our dignity and our rights.” That is why it is true to say, “Under the protection of Mary we want to educate ourselves to be firm, free and priestly characters.” Such words electrified Franz Reinisch. In Schoenstatt he heard for the first time that there is such a thing as a “personal ideal”, that God has given each one of us a very personal calling. God places charisms and abilities at the service of people with whom he can carry out his favourite ideas, because God has placed them into the heart of each person on his or her creation. As soon as someone discovers this calling in his or her soul, it can change their lives completely. A free personality who is guided from within is independent of the opinion of others. They draw their sense of self-worth from the fact that they are children of God and are called not just to achievements or acknowledgement by others. Their primary goal is to discover and carry out God’s will. That alone counts. This self-awareness and innate sense of our dignity and value develops strength and inner freedom we could never have dreamed possible.”

It is good that there will soon be a book entitled “Lebenswege” (Paths through life), a sort of “Reinisch Guidebook” edited by Martin Emge.

It is good that there is a Reinisch musical, and it is not by chance that it is appearing in the Kentenich Year. Schoenstatt needs this spirit of uprightness, this spirit of free people. It was on this account that Franz Reinisch was executed and Joseph Kentenich went into exile for fourteen years.

Remain in the crowd,

Remain in the class,

Join in and run!

Don’t think too much,

Those words are taken from the musical. We can call upon Franz Reinisch for help wherever we find something like that – even if it can become dangerous.

After the Jubilee Audience of the International Schoenstatt Movement on 25 October 2014, Pope Francis blessed a picture of Fr Reinisch. In the meantime it has been placed in the Reinisch Room in the Schoenstatt Centre in Belmonte, Rome. 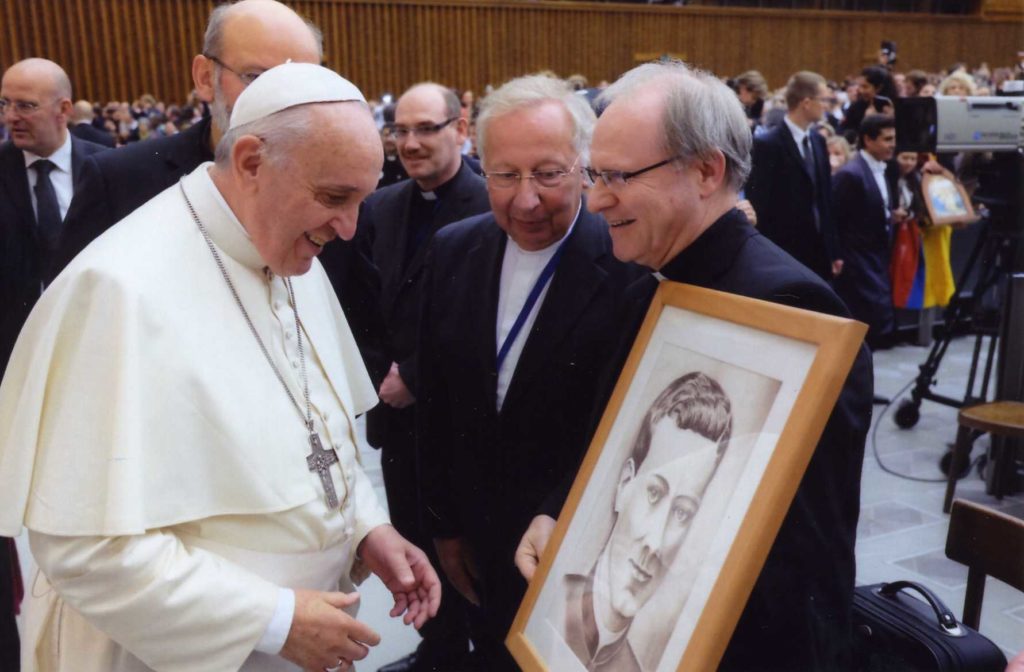 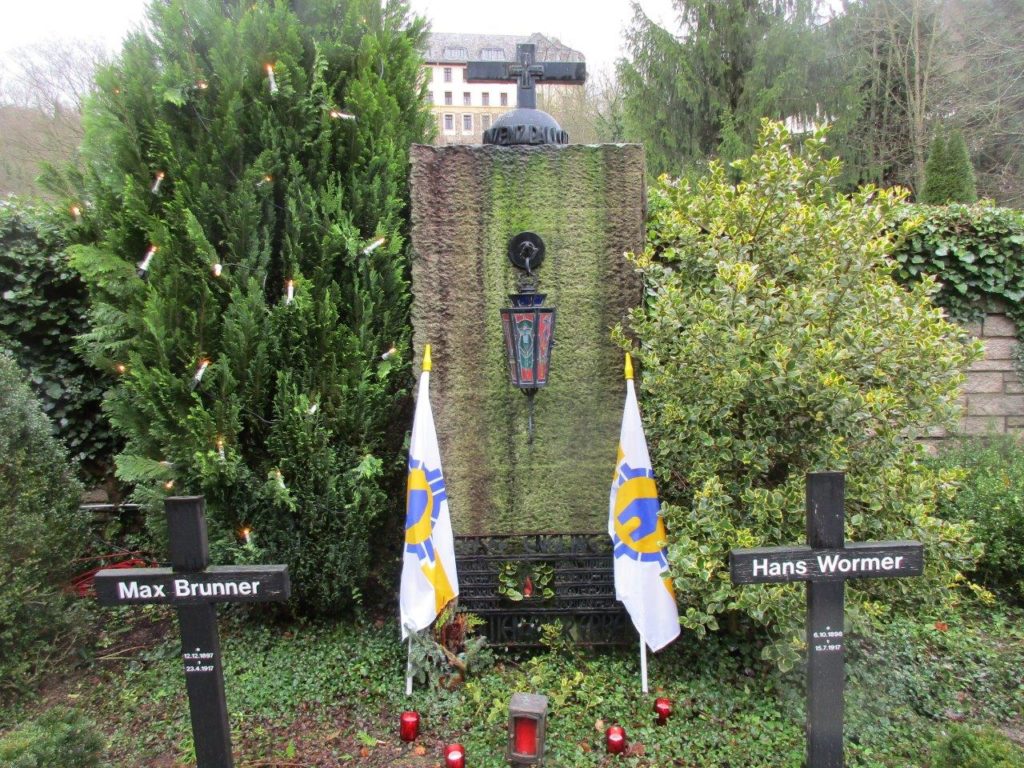 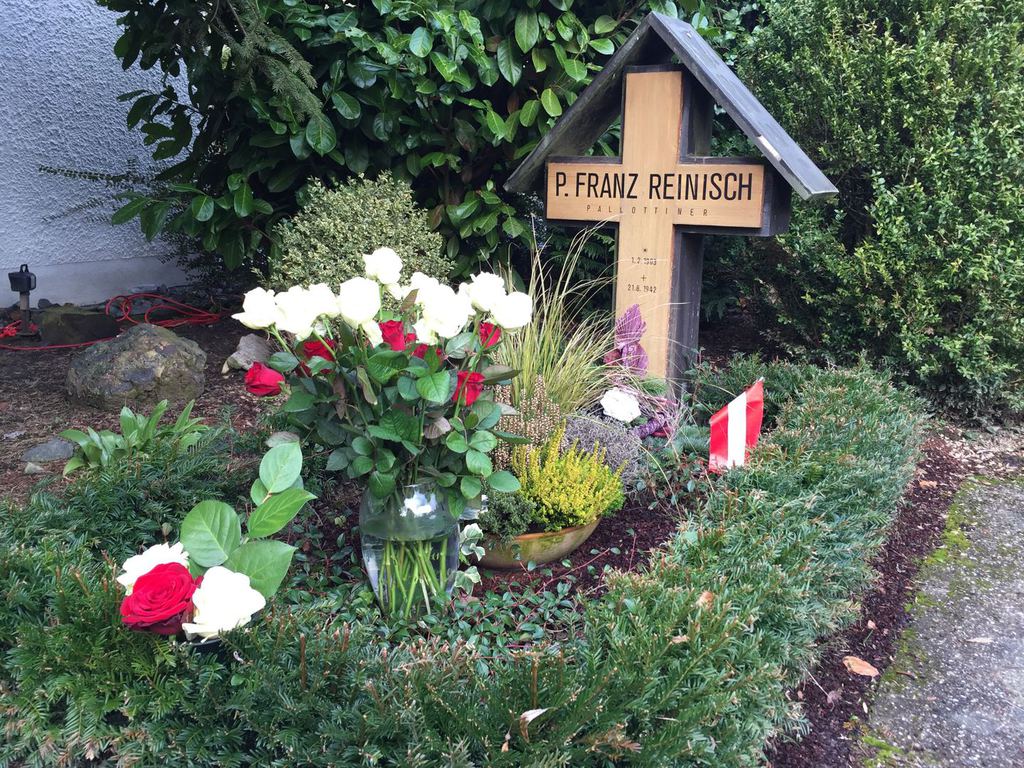 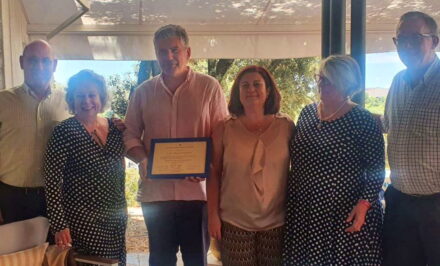