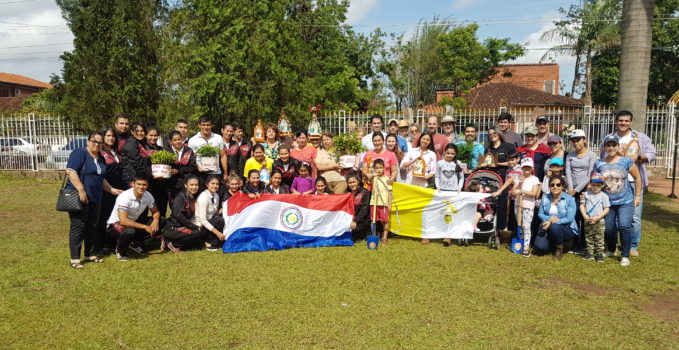 At present the entire world is experiencing climate change, heat or cold spikes, hurricanes, violent rain, hailstorms, or prolonged droughts are happening more often. These natural disasters increase as a result of the imbalance we cause, or being realistic, what we previously called weather phenomena will be natural disasters in the future.

In Paraguay, a small country of South America, a group of Agricultural Engineers, all of them Schoenstatters, united to contribute our knowledge, our hands and above all our covenant culture, to contribute in some way towards the evolution of the ecosystem.

The profession at the service of the needy becomes a mission

Once the group of Schoenstatt Agricultural Engineers had formed with approximately 30 professionals, we proposed to focus on three important areas: to work for the environment, to help the needy farmer through technical support with regard to agriculture and livestock, and lastly, to work with agricultural students by transmitting good practice and showing its consequences. All of this without omitting the spiritual part.

With determination and the desire to transform the world we only had to go out to the peripheries. We chose a rural city called San José de los Arroyos, located 100 kilometers east of Asunción. This city of approximately 20,000 inhabitants was hit very hard by a hurricane force storm on 1 October; it tore down everything in its path leaving many victims, it damaged hundreds of trees (that are protection during future storms), it affected several electricity poles and caused other destruction. 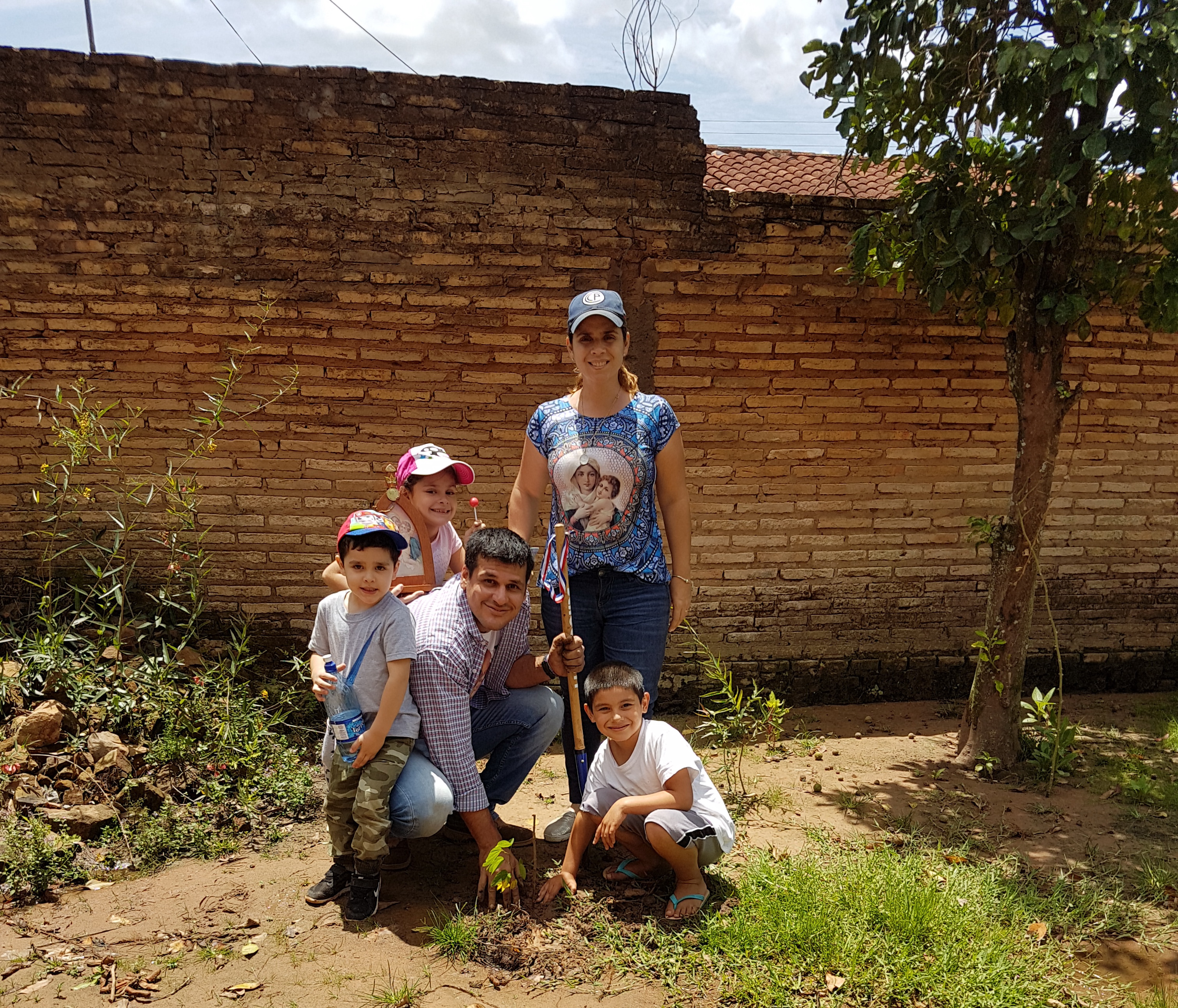 Where will we obtain so many trees, volunteers and food?

Our specific objective was to go there on the 18 November to carry out a reforestation program: to reforest with 5,000 native trees. We took our MTA as the great Missionary with us. Our aim was to accompany the affected people by improving their surroundings, sharing a prayer in every home and planting the trees with the help of the landowners.

As we prepared we asked ourselves: Where are we going to obtain so many trees. Will we be able to win the cooperation of many volunteers? And yes, what food will we offer these volunteers? How will the people respond? The answer came quickly: “Nothing without you, nothing without us”. We contributed the desire to help and the rest we trustingly placed in our Mother and Queen’s hands.

Twenty days before we set off we visited the city of San José. We arrived at a school that had been greatly affected by the storms. Upon learning about our proposal all the teachers and students offered to collaborate. You can imagine our joy at that moment. Upon leaving the school we went to the city; without hesitation we asked to speak to the mayor of San José de los Arroyos, who also offered his complete support, and in conclusion he told us: “In recognition, the City will offer lunch for everyone”. What a pleasant surprise, thank you Blessed Mother.

The Nothing Without You widely surpassed the Nothing without Us 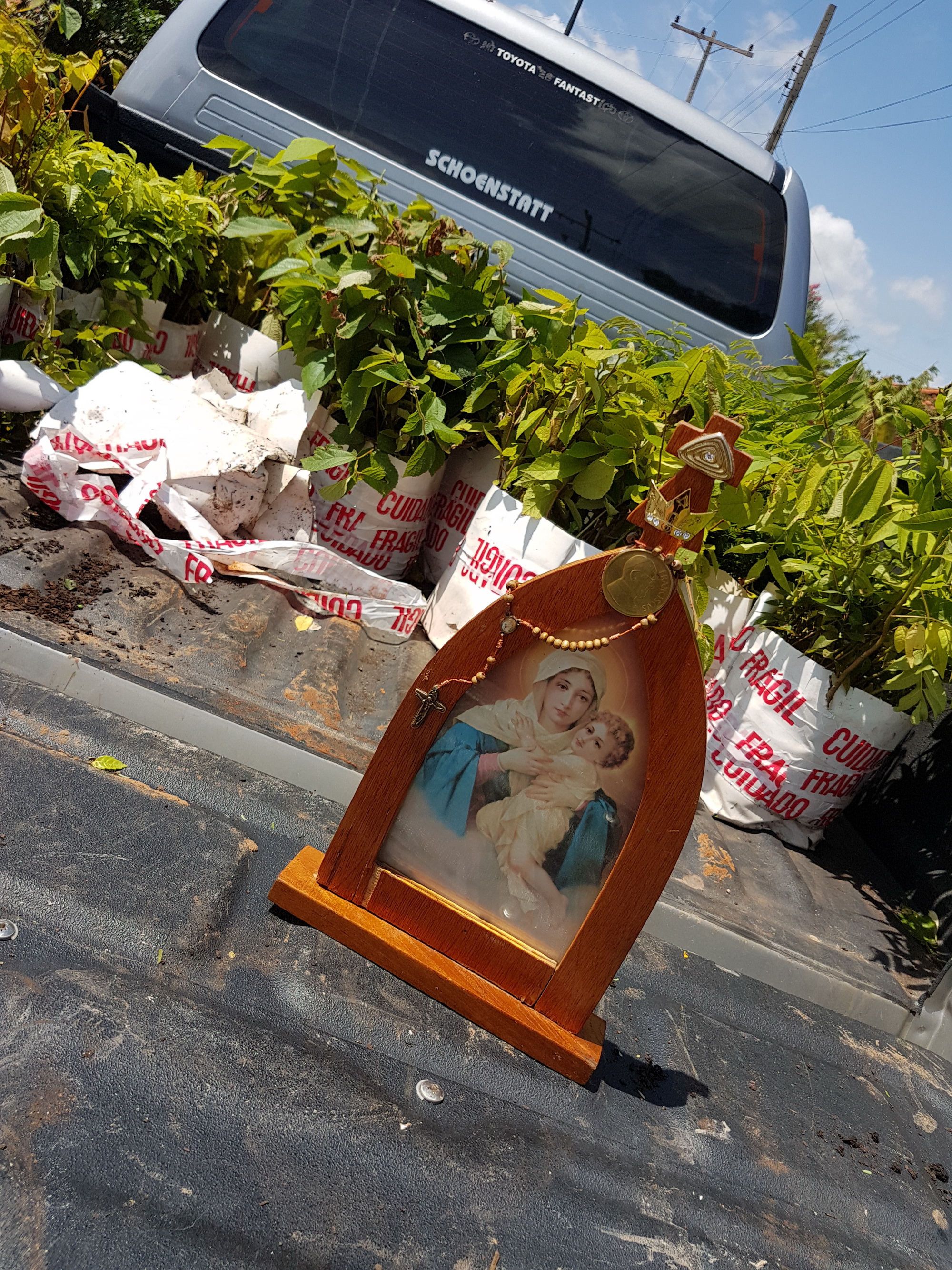 The only thing we lacked was nothing more or less than the little trees; without them we could not carry out the reforestation program. We had consulted some nurseries, seeking the best offer, until someone told us about a nursery for forest trees at Itaipú, the hydroelectric plant from Paraguay. We obtained the contacts, and discovered through Divine Providence that the director of the nursery is from San José de los Arroyos. Of course he provided the 5.000 native trees without cost. What more could we ask? The Nothing without You widely surpassed the Nothing without Us.

The 18 November arrived. All the Schoenstatt Agricultural Engineers, teachers, and students from the schools, the missionaries from the San José Rosary Campaign, civil servants, some collaborators, and the parish priest, who blessed us and sent us out on our Reforestation Mission, met in front of the church.

At every house we were welcomed with open doors and hearts. Each group with our Pilgrim Mother spread through all the neighborhoods, imitating Mary when she went to her cousin Elizabeth to offer her help. We experienced an intense day: we planted 3,000 trees at the properties, we listened to many frustrated residents and we shared a moment of prayer with them. With the trees we began a new life in every home and created a better environment in San José, in Paraguay and in the world. The other 2,000 trees were distributed for public spaces.

Going out to the people to change the world

With great joy we finished the gathering, listened to the stories and counted the blessings, but above all we were filled with immense pride that by giving so little we had changed the world of hundreds of families. Soon we will take the Reforestation Mission to other needy cities and we will take our Mother Thrice Admirable of Schoenstatt with us to reach out to the people. 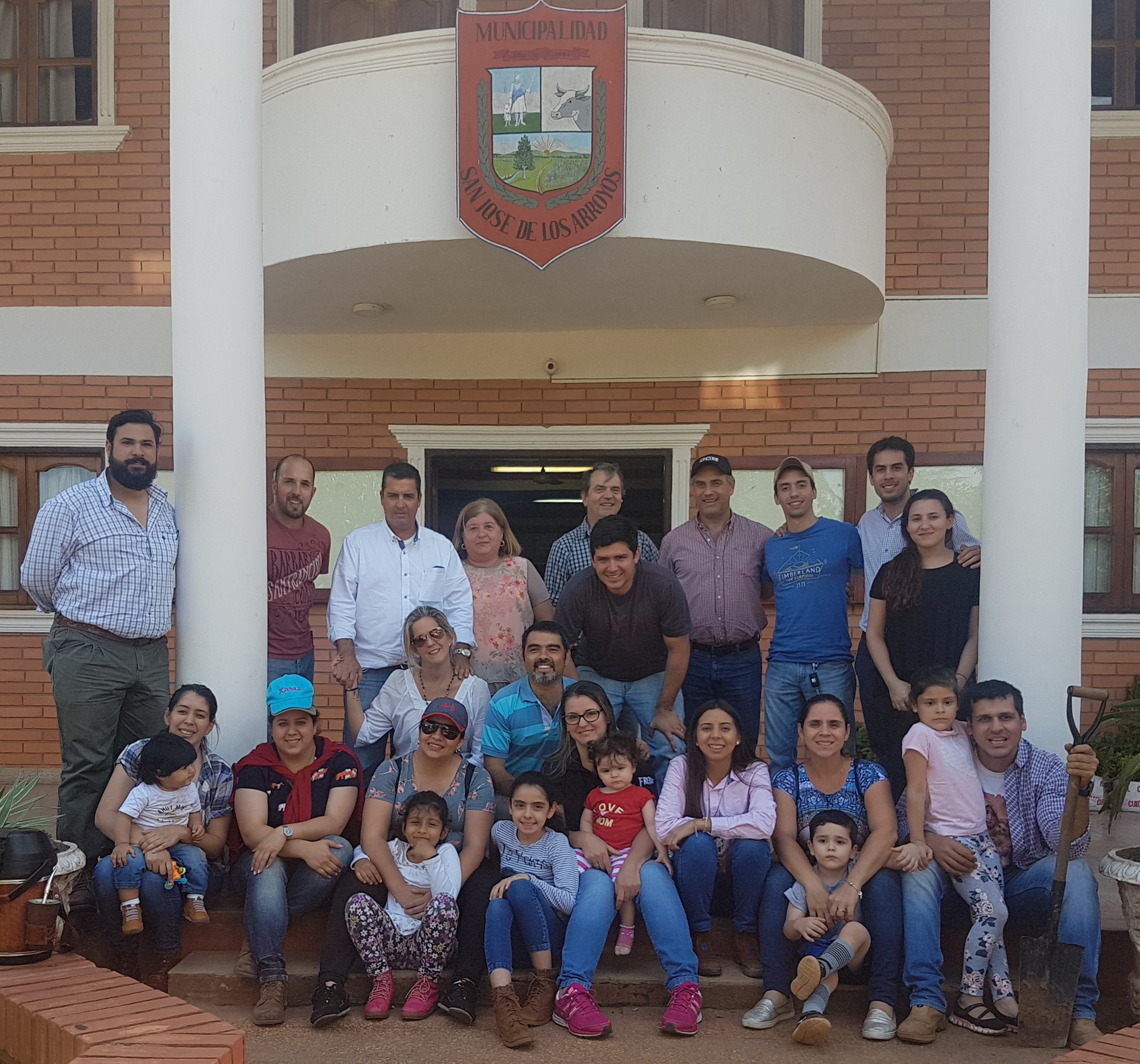 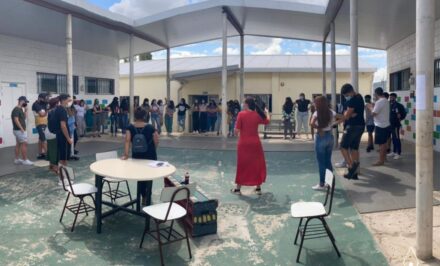