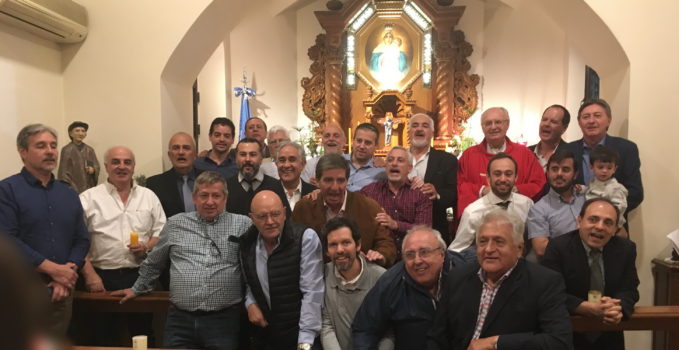 Exactly five years from the first Madrugada (Daybreak), on 17 November, the “Madrugadores del Cerro” celebrated with a Holy Mass, the immense loyalty to the Blessed Mother over these past five years, and the perseverance of each one of the men. Providentially the ceremony coincided with the 30th Anniversary of the priestly ordination of their adviser, Fr. Juan José Riba. The celebration was complete! 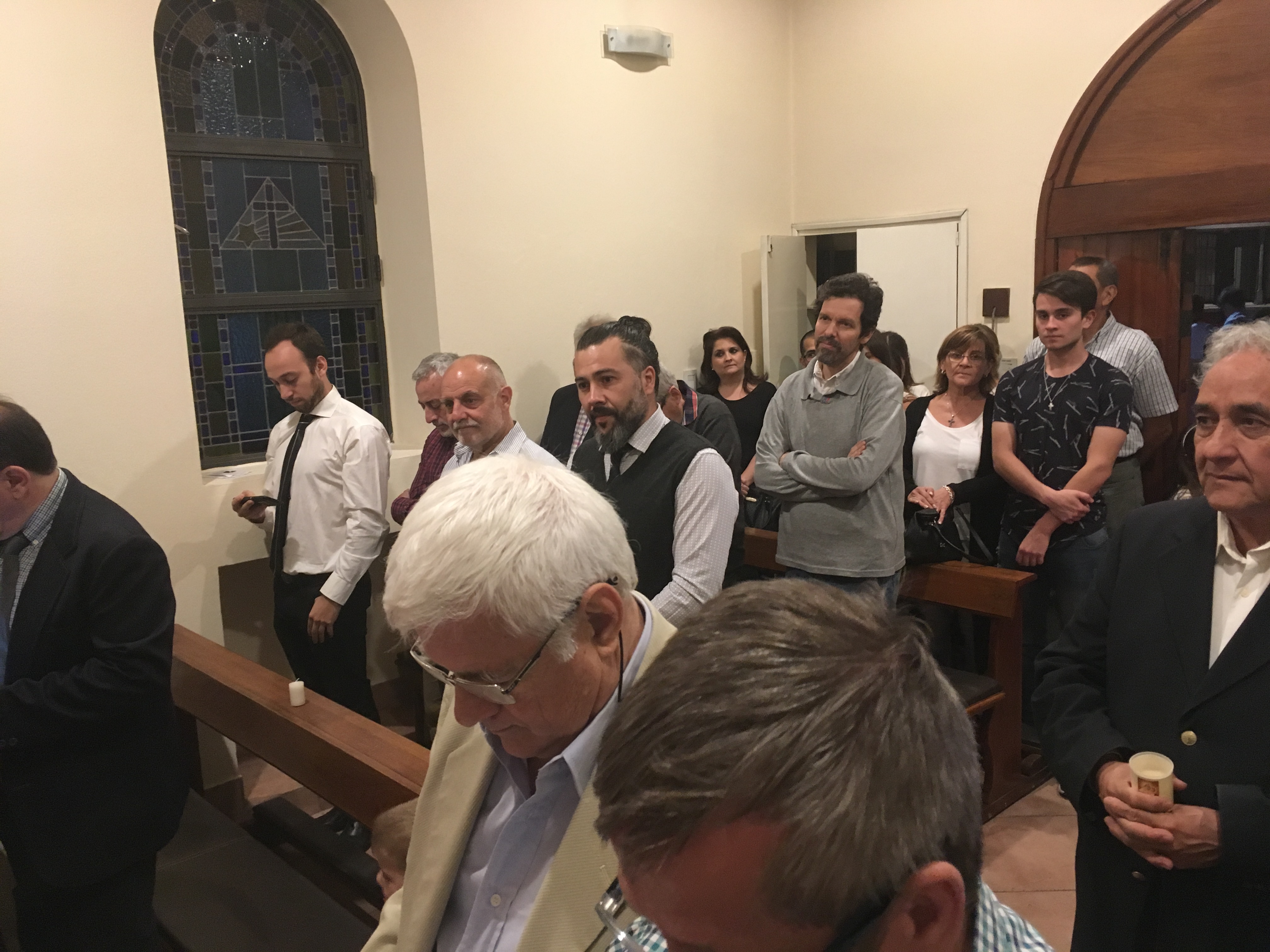 They were born in Comodoro Rivadavia, province of Chubut, the cradle of the Argentinean Madrugadores, and little by little they consolidated as a Córdoban life current.

From a monthly meeting, they rapidly went to two. They chose the first and third Saturdays of each month for the “Madrugadas,” between 7-9 a.m., and they are very punctual.

From the original five that began on 17-11-12, they currently average more than twenty-seven men in the Madrugadas with more every time!

“I feel I have my place in the Church!” It is beautiful to share an hour of prayer and then another one of shared experiences among the men!” “It is fantastic for me to receive the testimonies of other, older men!” These were some of the comments heard at every Madrugada in Córdoba.

Every Madrugador knows perfectly well that the others are waiting for them in every gathering. If he does not attend, no one calls to “ask for explanations” (Although it is okay to call and tell him that he was missed!) since attending is within the framework of absolute freedom, and they should not feel in any way that they are at fault if they do not attend.

“Last night I had a wedding, and I said: Tomorrow I will not go… But would you believe that I woke up and went running because I do not want to miss the Madrugada?” This was heard from different speakers… The only thing that changes is a “wedding, dinner, or birthday,” but the act of getting up and “going out running to the Shrine”…is a common denominator and it is done in absolute freedom. 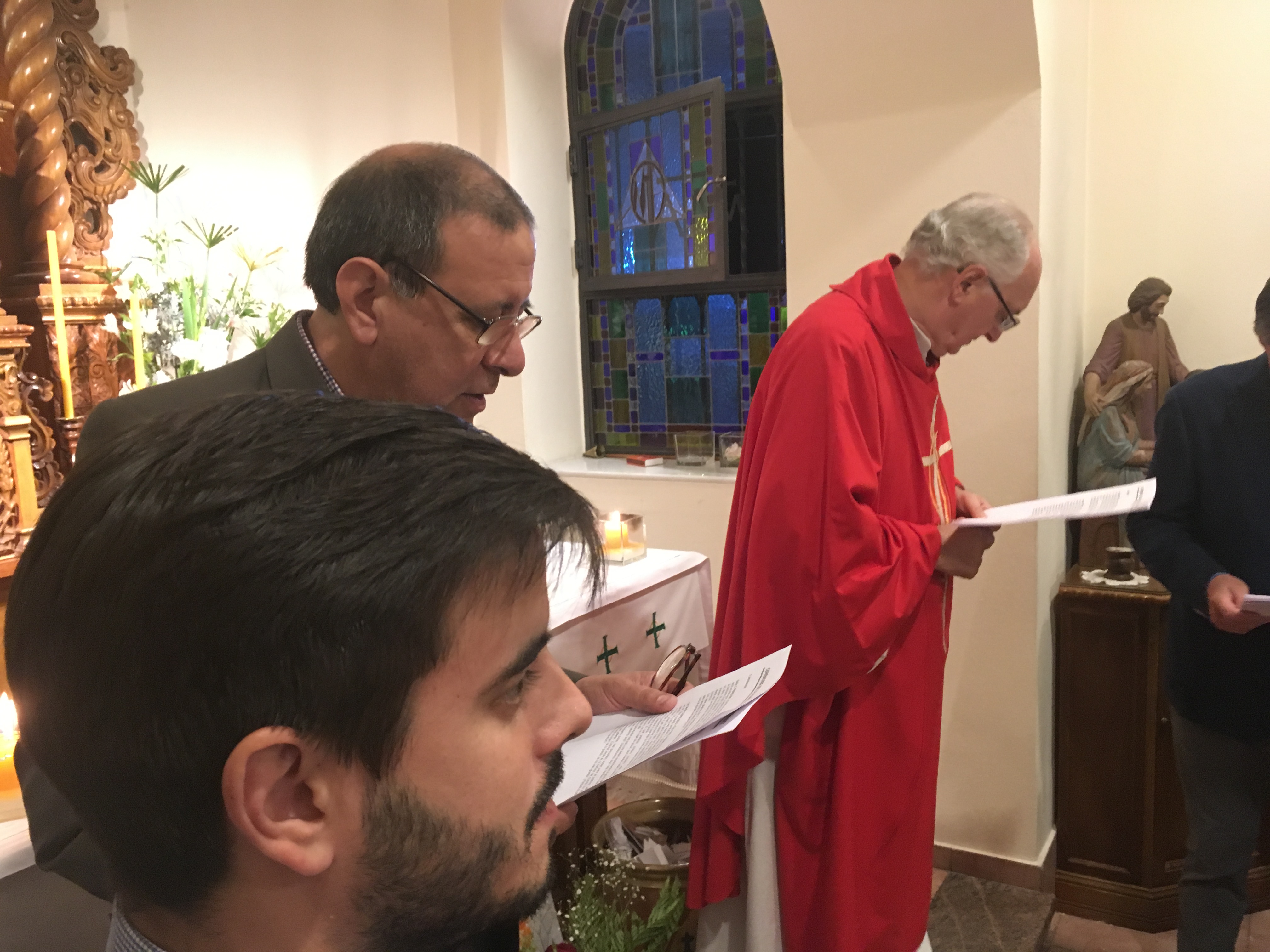 The spiritual apostolate as well as that of service and monetary is also present in their different activities: monetary collaboration with a kindergarten, a dining hall for street people, participation of their now “very famous” choir in the different celebrations of the Schoenstatt Family, and the diocesan Church, organization of retreats (the last one in July was “Mateando con Brochero” [“Drinking herbal tea with Brochero”]), and many other activities that emerge. They are very active!

The mark of José Gabriel del Rosario Brochero, the “Gaucho priest” and the first Argentinean saint, born in Córdoba, saturates the Madrugadores for Life and Hope. His statue was enthroned at the Shrine of Life and Hope this year, and the Madrugadores joined in the ceremony with immense joy and dedication.

We began to travel the road on 17 November, with Mary’s five new allies along with the sixteen, who have already sealed their covenant of love, and the twenty-two who renewed their covenant. The Madrugadores for Life and of Hope continue traveling the road towards God the Father, along with Jesus Christ and by Mary’s hand.

Let’s go Madrugadores from Cerro the best is yet to come! 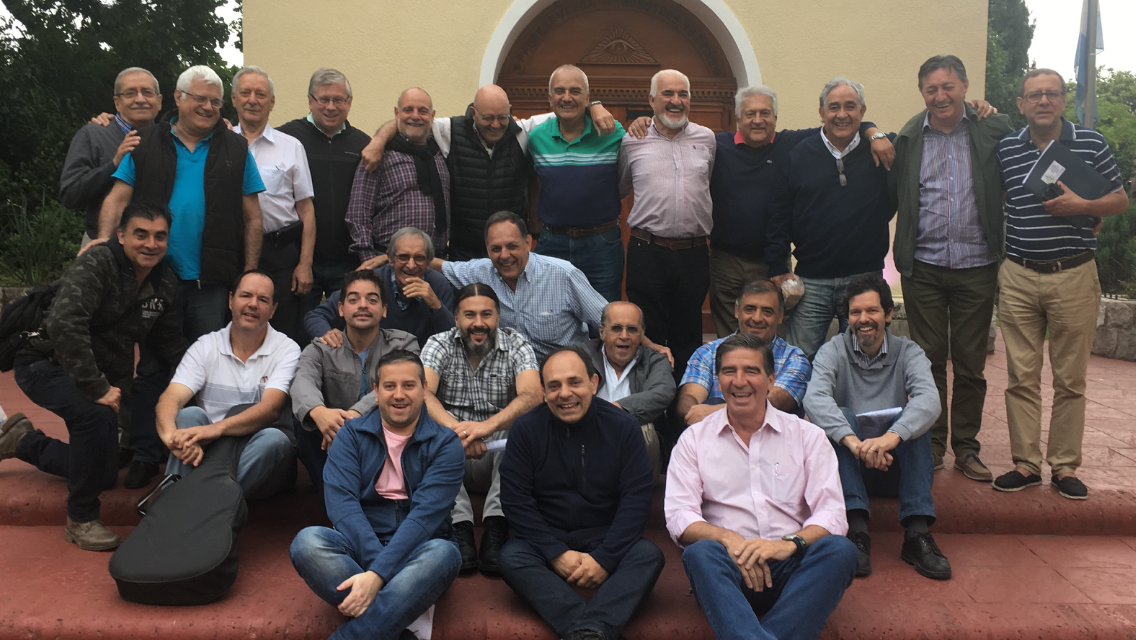