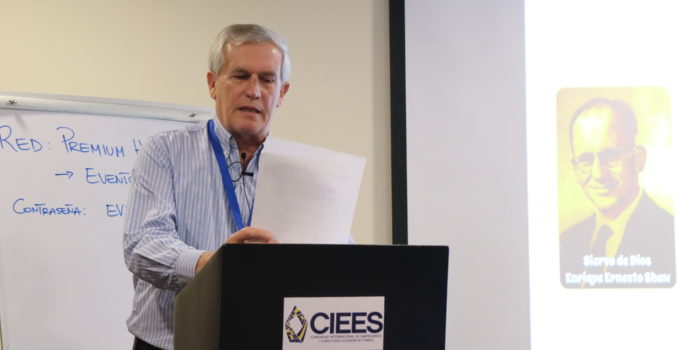 The Fourth Congress of the International Community of Schoenstatt Businessmen and Executives (CIEES Spanish acronym) took place on November 3rd and 4th in Lima, Peru.  Peruvian members of CIEES carefully prepared the congress, which was noticed in all the organizational details, and was an excellent event with different countries’ great participation.  Congratulations for an organizational job well done and for the Peruvian’s warmth.

In great measure, the organizers took the observations made at the CIEES Congress in Monterrey, Mexico into account regarding the feedback at that congress that there had not been many opportunities to share ideas and experiences with other participants.

Then again, in Peru, even though this aspect was taken into consideration, according to my understanding, the agenda was very tight as it tried to cover many topics in the time allotted.

To gain extra-time, coffee breaks were cut and therefore each presentation was extended without having given thought to a time of sharing with others what was taking place. 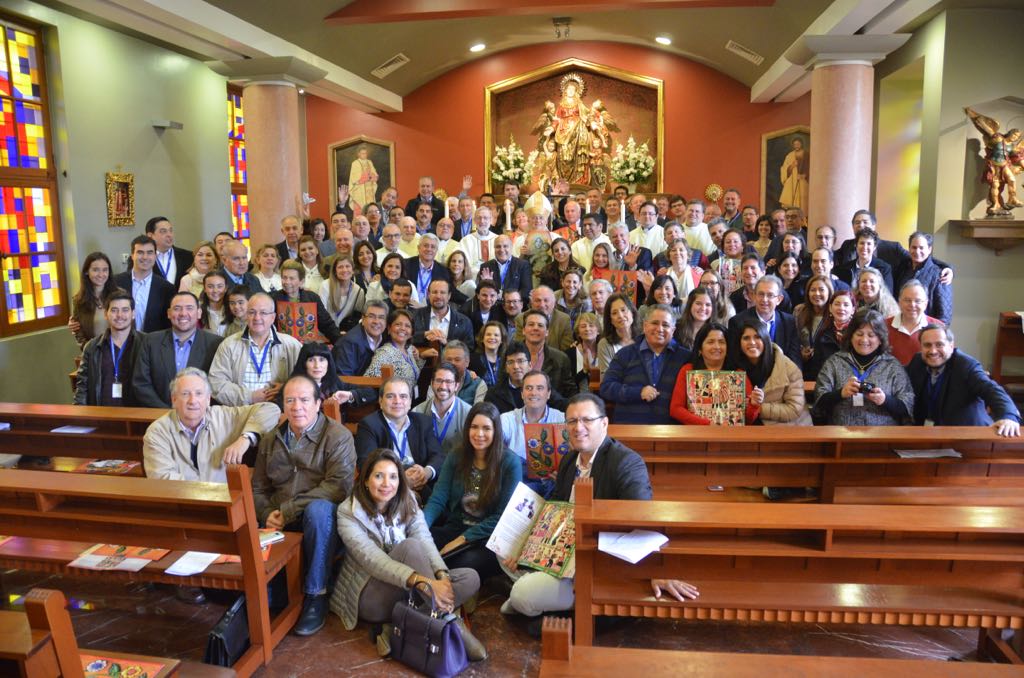 The dignity of the worker and the struggle against poverty

Both testimonies – from non-Schoenstatt persons – demonstrated having a strong sensibility with which I believe we could call some of the more significant life currents that we face daily in Latin America, like that of dignifying the worker and the struggle against poverty.

Both topics cross the reality of our continent and it seemed sound judgment to me that they would be present on Peru’s agenda, taking into account that 7 out of every 10 homes in Latin America do not achieve simultaneous minimums of social and working inclusion in Latin America, according to CEPAL (Economic Commission for Latin America and the United Nations of the Caribbean).

Javier Calvo showed us how listening and dignifying the security guards – so very socially scorned in many places – a great commitment from them can come forth and produce at the same time an enormous economic and prestigious valuation of the company.

As our Father and Founder would say, these life currents call us to journey toward the “de-proletarianization” of the workers, that is, from whom the most basic working activities in business organizations are realized through their being dignified.

This same idea was already encouraged in 1961 by the Argentinean, Enrique Shaw – the first business leader postulated for sanctification in the Church – when shortly before his death upon addressing the operators of the Rigolleau factory where he worked, he told them that he had always considered them not as “executors” of the tasks but as “executives” of the company.

At the CIEES Congress in Peru, Javier Calvo witnessed that way is possible without damaging the profitability of the company.  On the contrary and without a doubt, it is a life current that we should gestate as faithful disciples of Joseph Kentenich having “an ear to the heart of God and the hand on the pulse of time.”

On his part at the Congress, young Peruvian businessman, Fernando Tamayo, general director and co-founder of “Yuqua,” explained how “Yaqua” (water in Quechua) developed and dedicated its mineral water sales to the unique idea of purposing 100% of the dividends obtained to be destined for financing projects for potable water in Peru’s the poorest regions.

Fernando surprised me when he pointed out that at presently there are 8 million Peruvians who do not have potable water.  This reality was what motivated him to dedicate himself to the development of this social business, finding support in an important water bottling company from Peru.

There were many other distinguished activities in this fourth CIEES Congress, which could be mentioned, but in order not to extend myself, I leave them for later comments.

In 2019, the CIEES Congress will be held in Paraguay.  The presentation made by this country through Alberto Sallustro was very inspiring and showed us the enormous creative energy that Schoenstatt has in Paraguay.

I find various possible challenges for this congress that would be worthwhile exploring.

On the one hand, giving more space to the new generations of executives and businessmen, the “Millennials,”with their uniqueness of having a fresher and renewed view of the world, work, and business would be recommended.

On the other hand, we should seriously consider deepening many aspects of our Father and Founder’s pedagogy, reflecting it in business.  I think we are lacking in being more ourselves, discovering and embodying our Kentenich charism in business life.  For it we should seriously meditate on the form of incorporating business life and thematic work like the organism of attachments, the personal ideal, and business ideal, value embodiment, and definitely the form for building a company that can be more organic and which eschews mechanic thinking.

Pope Francis’ Encyclical Laudato Si is a call for Schoenstatt businesses to have a commitment of support in their form of producing and offering their services incorporated into their DNA.

Likewise it would be very valuable if in Paraguay we could have a concrete experience of a social and/or a business environmental support activity in order to experience this reality and not just see it as a theoretical background in a conference hall. It would be, without a doubt, a daring step that I believe we are called to make to be vigorous fires in a world that seems to not see that it is possible to organically attach capital to work and to the generation of riches to dignify the worker.

I foresee that the 2019 CIEES Congress in Paraguay will deepen a model of the businessman and executive that takes on the life currents crossing our paths and in which we build our Father’s dream of the new man in the new community. 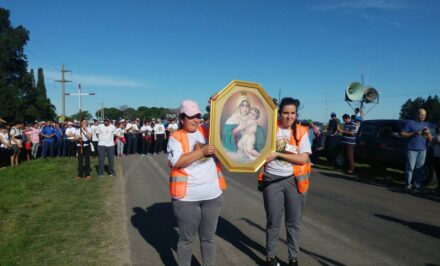